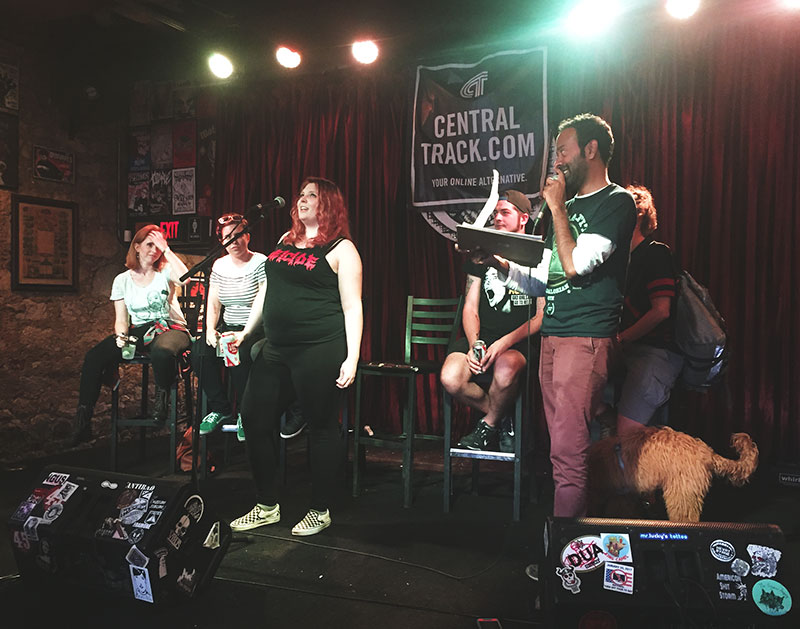 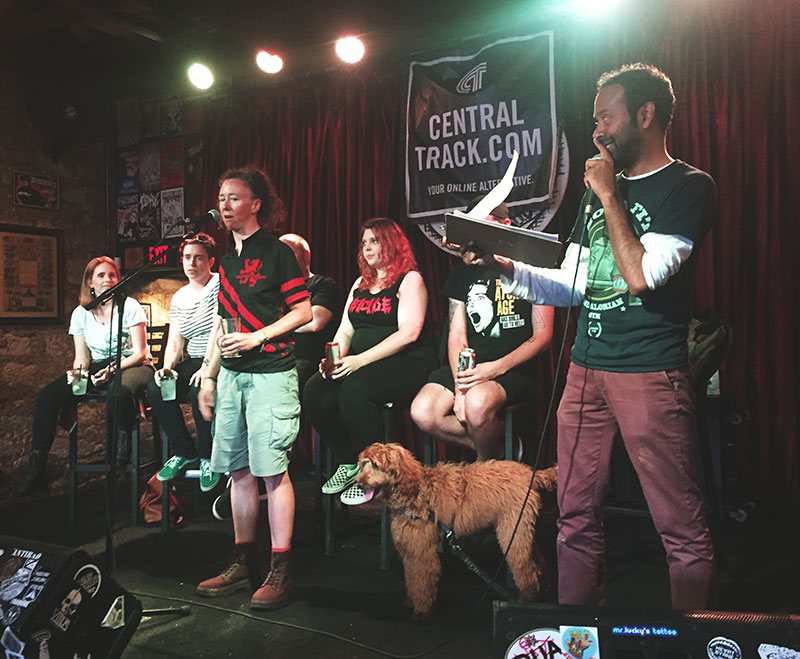 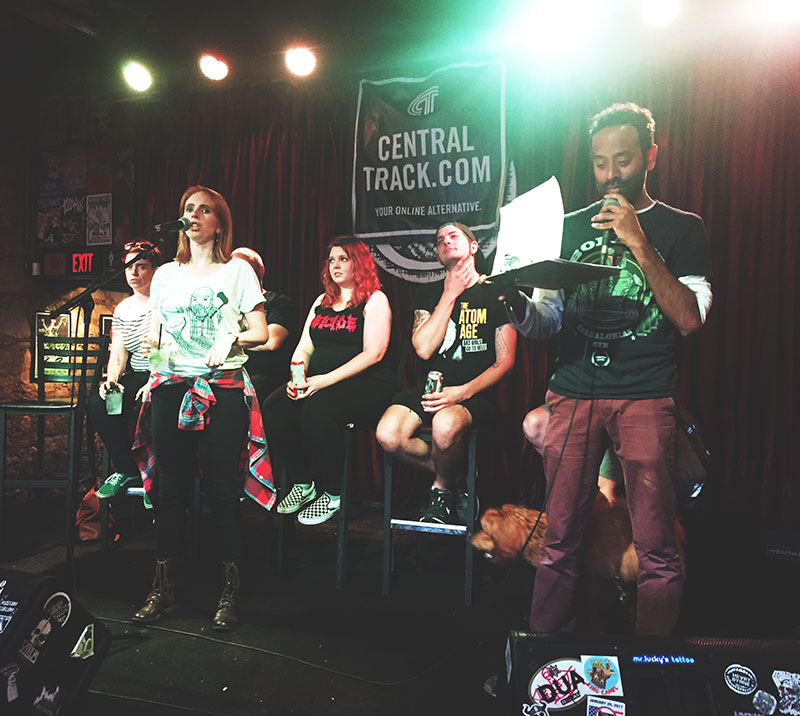 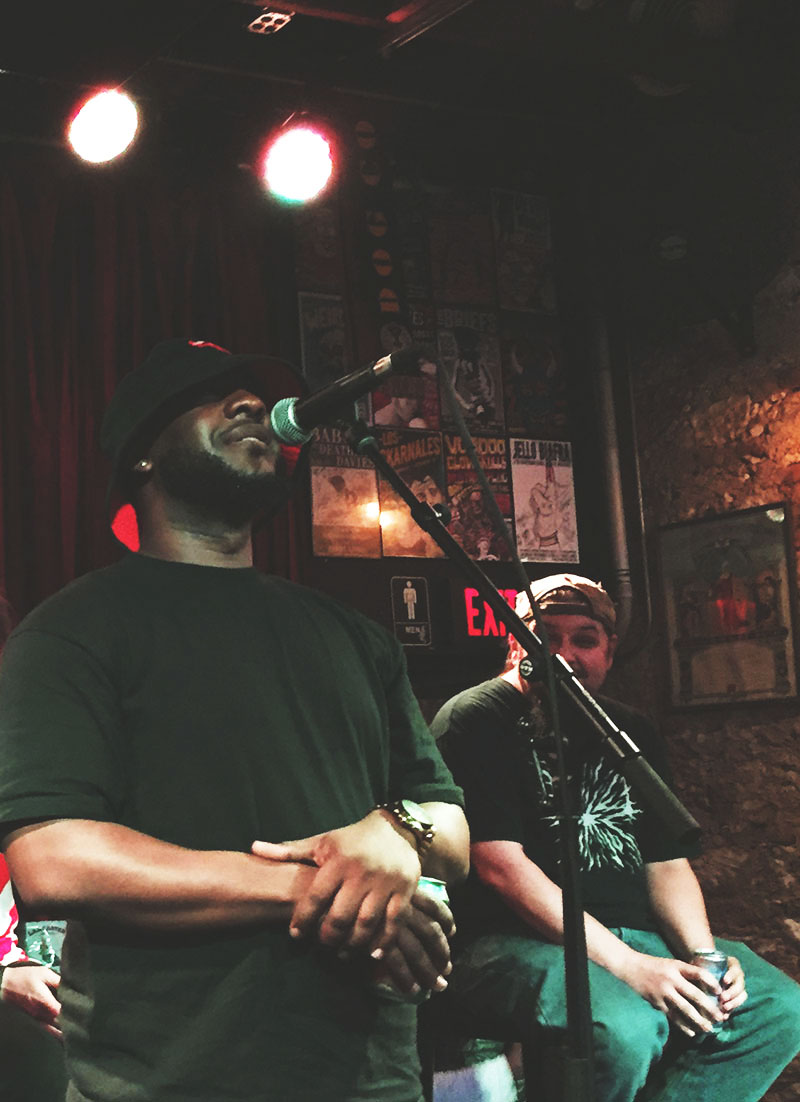 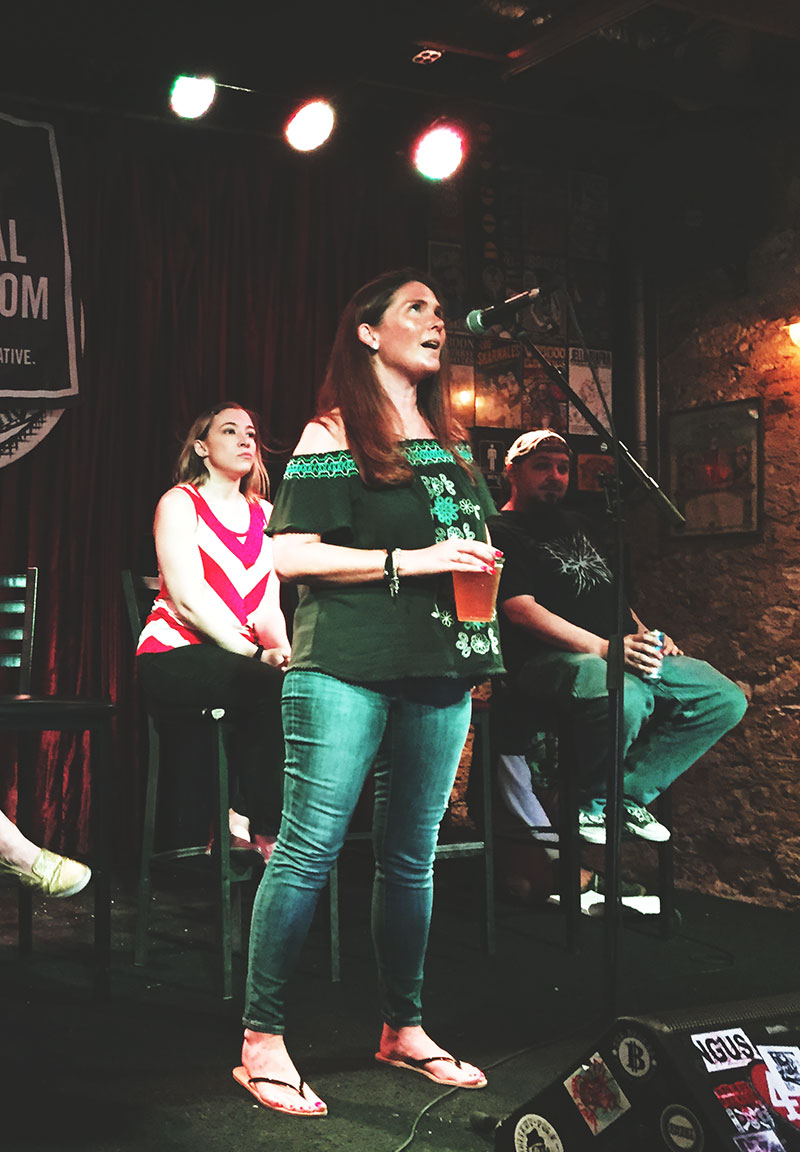 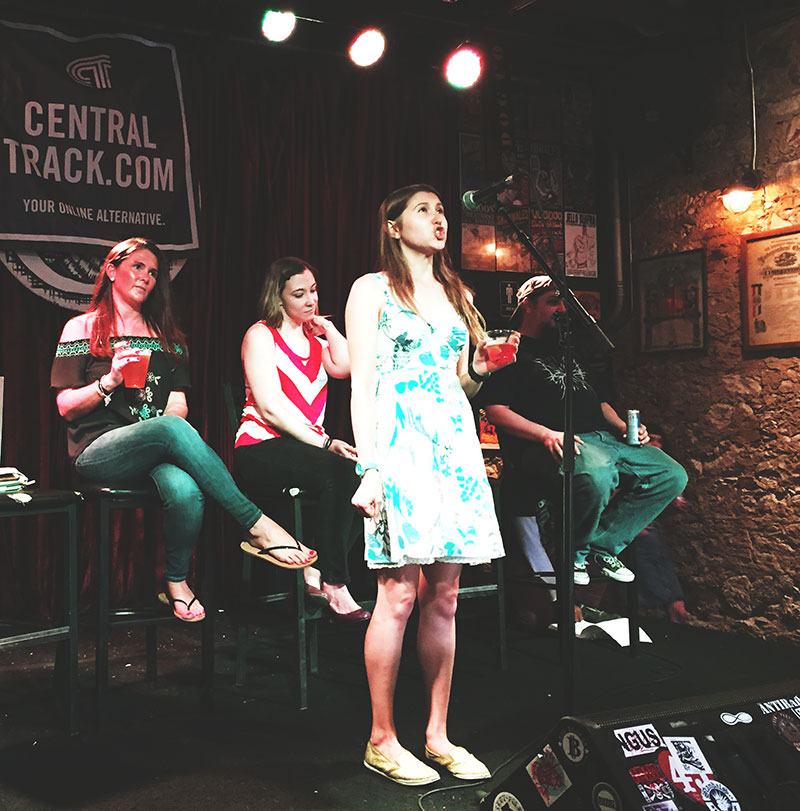 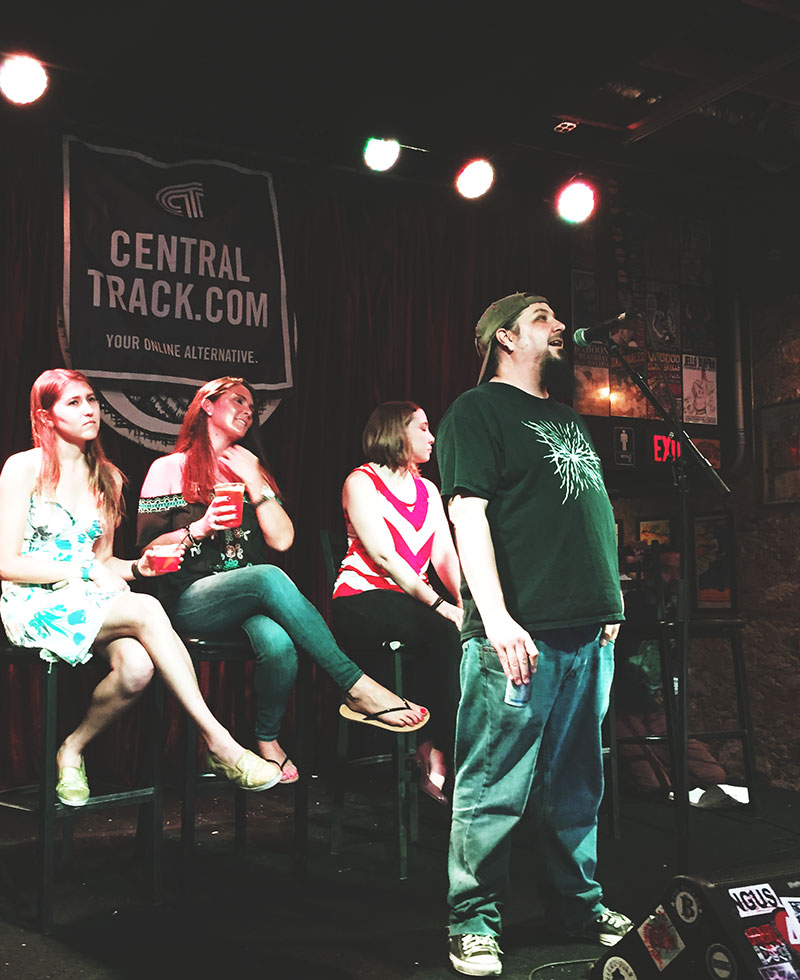 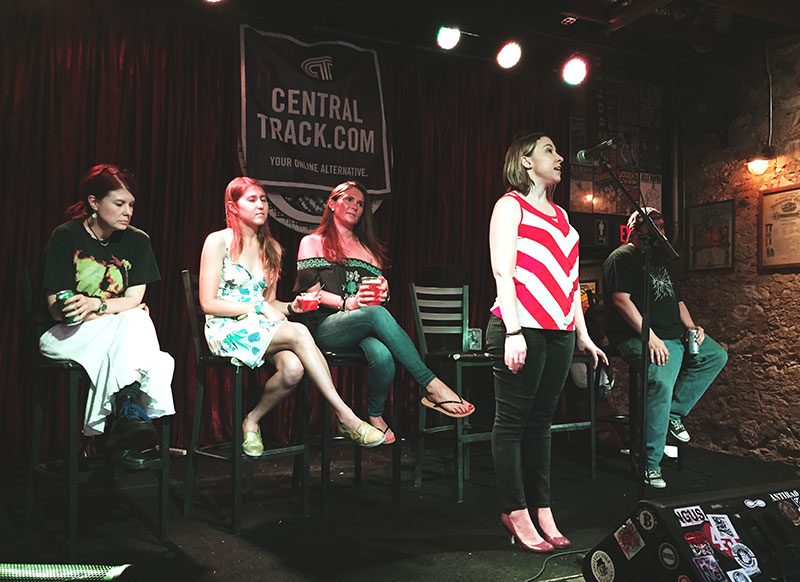 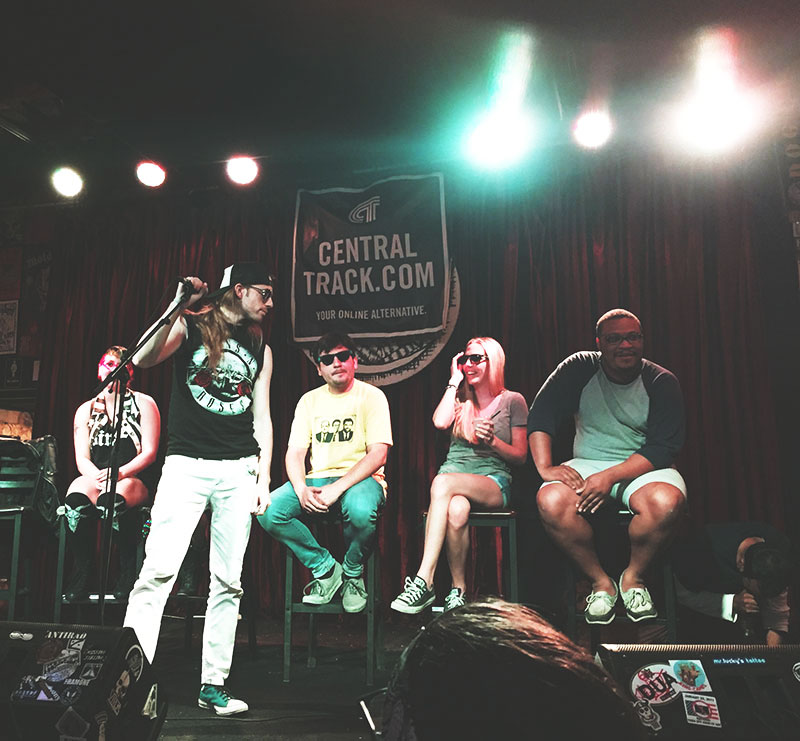 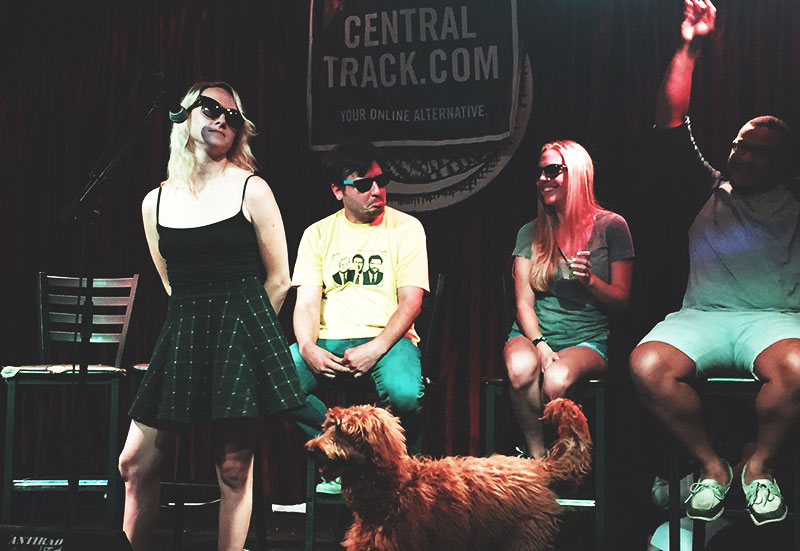 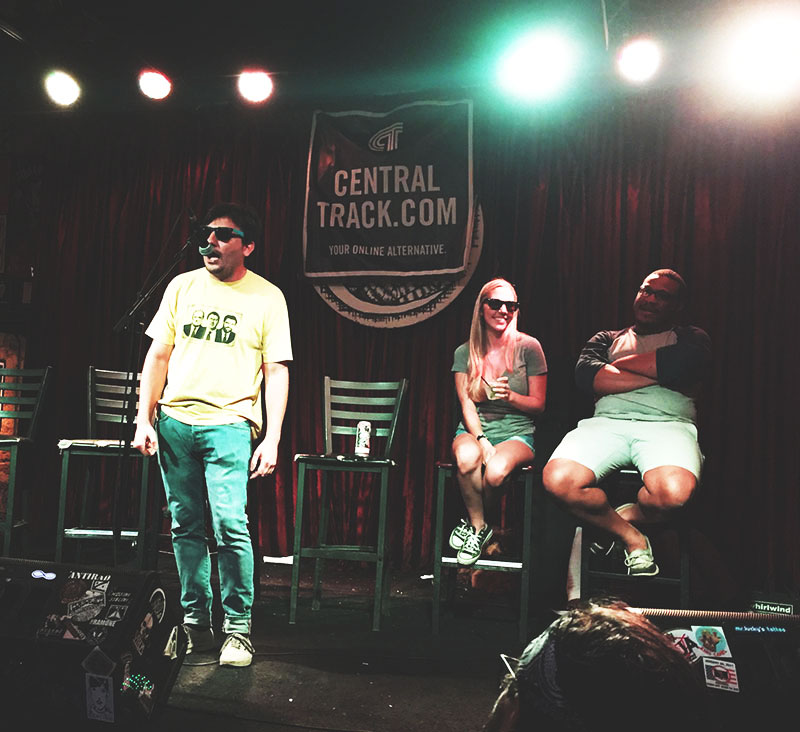 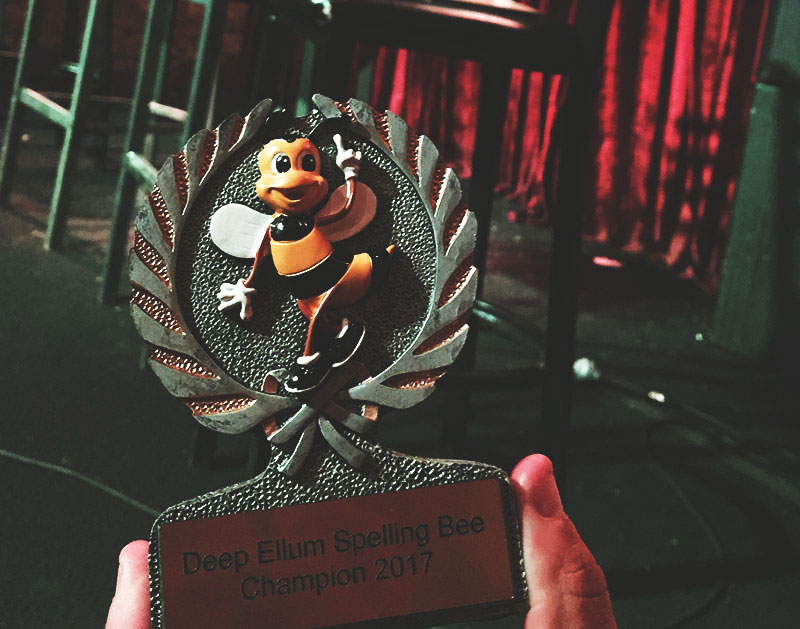 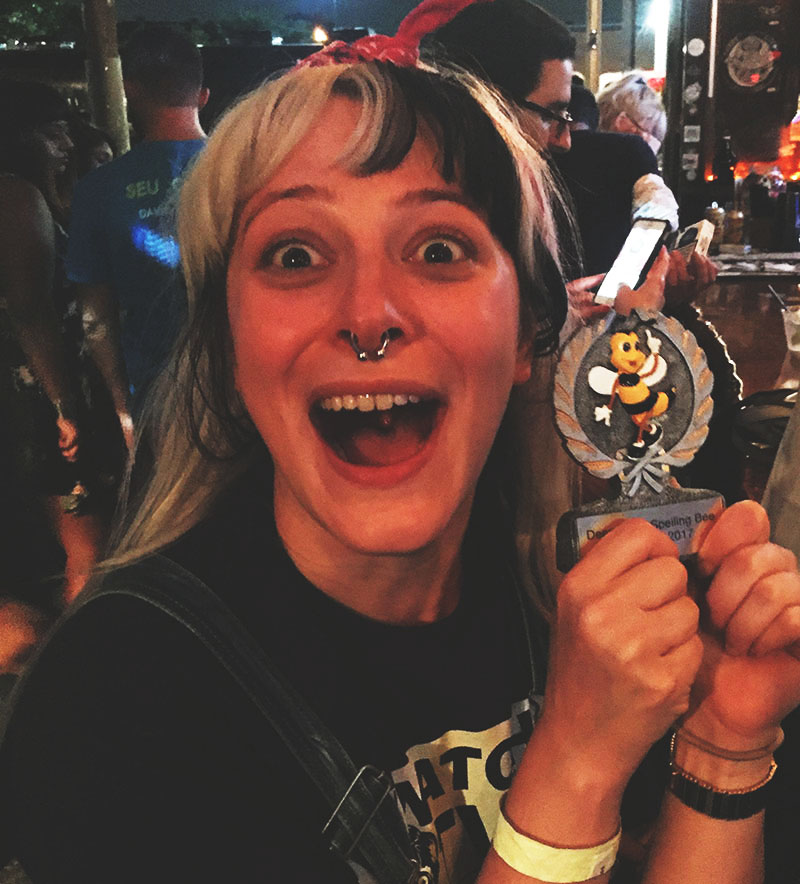 Maddy Freeman Took Home The Title Of Deep Ellum’s Best Speller Earlier This Week By Properly Spelling “Eurythmic”, Along With Other Challenging Words.

On Monday night at Three Links, 30 experienced grade-school spellers, local comedians, revered area rappers and noted trolls alike competed in the Deep Ellum Spelling Bee, acing words like “nap” and stumbling over words like “millennium” while vying for concert tickets, $100 in cash prizes and a trophy that was to be given out to the contest’s winner.

We here at Central Track presented the night, which was hosted by Dallas comedian Paul Varghese. (I acted as the night’s judge.)

It was a good time, for sure, as the bee’s adult contestants publicly flashed their spelling abilities, most of them not having done so in a competitive setting for 15 or more years. Impressive as the competitors were at times, the crowd was just as splendid — loud with its appreciation of correctly spelled words, raucous in its shaming over misspelled ones and uniformly silent as the spellers on stage worked their way through the challenges tossed their way.

Following the opening elimination rounds, five competitors marched on to the finals, already having been awarded concert tickets for their efforts in dismissing their early challengers, all of whom deserve marks for being good sports.

In the end, though, the finals became a showdown of two spellers in particular — Liz Hickmott and Maddy Freeman.

For a while, it seemed like there would be no end to this face-off, as Hickmott and Freeman correctly spelled words such as “ecclesiastical” and “coccyx” with shocking ease. Especially impressive was Hickmott’s run, considering the fact that her road to the finals in the fourth opening round went on twice as long as any other entry game, as she and her challengers spelled the prepared words for that bracket with ease and forced host Varghese to defer to a backup list of words to offer up the players.

Hickmott’s extended time on stage may have been her ultimate downfall, however. More than 25 words into the finals, Hickmott stumbled over the word “eurythmic,” inserting an extra “h” into her spelling following the “r” as she assumed that its spelling was derived from the word “rhythm”. Following that misstep, Freeman correctly spouted off that same word’s spelling, clinching the win with the same steady, confident and cool demeanor she’d displayed all night long in her spellings.

Only after being crowned the winner — a fact Freeman credited to her appreciation of Annie Lennox — did her steely exterior soften. While celebrating her win by hoisting her trophy into the air and posing for photos with her fellow spelling bee competitors, the experienced Dallas bartender couldn’t help but grin from ear-to-ear — a clear sign of the pride she felt in earning the title of Deep Ellum’s most accomplished speller. 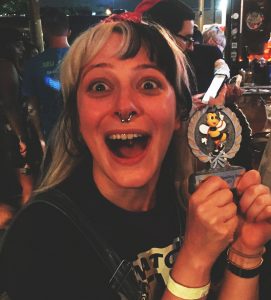 It’s a title no one will ever be able to take her away from her. Well, not until we decide to present another one of these things, anyway.

All photos by Anton Schlesinger.