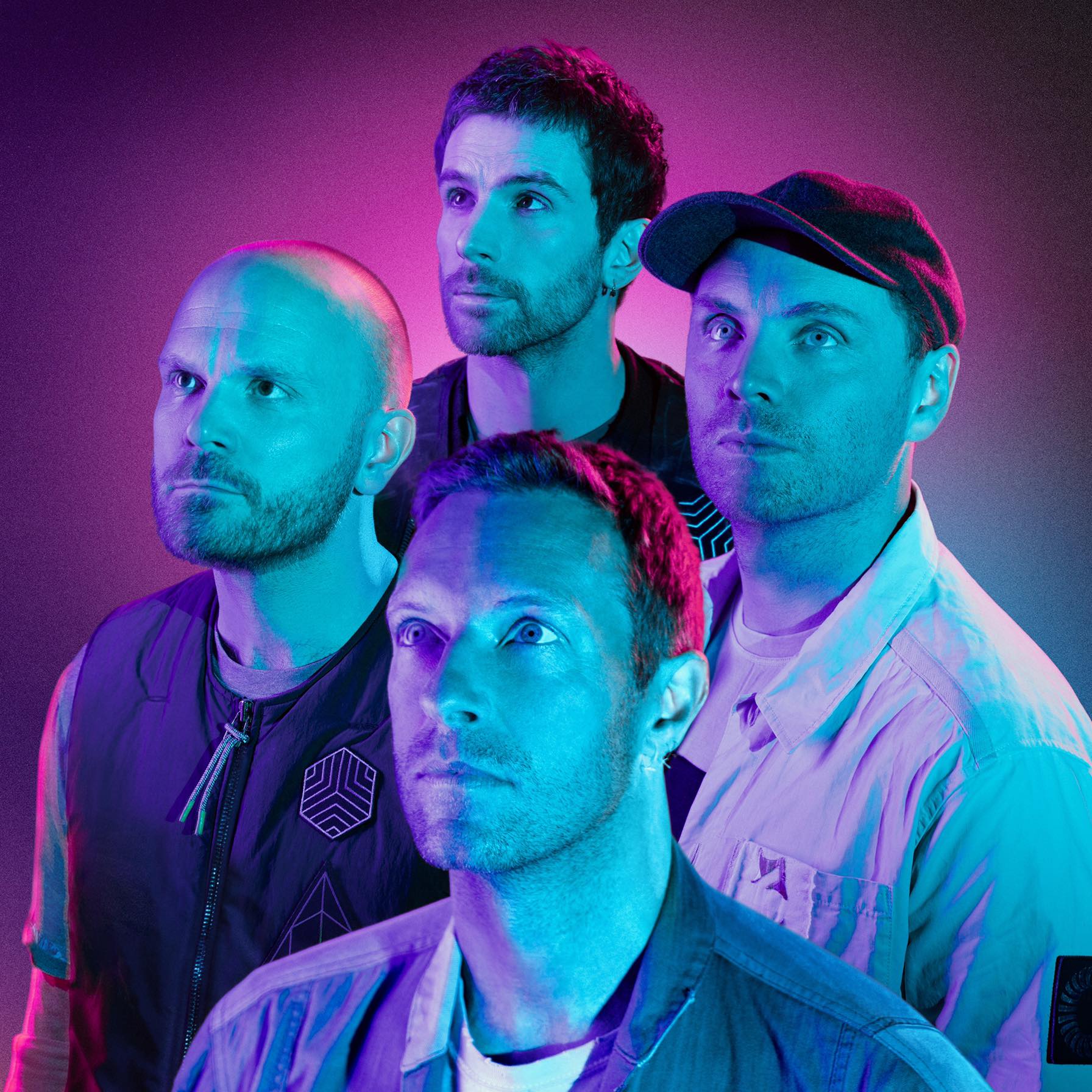 This Week In Dallas, Don’t Panic With Coldplay, See The Boys Walk By With Orville Peck, Make It Shine With Matt Bennett.

Today we’re talking about some entertainment news that sits on the grim side of things. ICYMI, they made a documentary about the AstroWorld tragedy called Concert Crush: The Travis Scott Festival Tragedy which started showing in select theaters around the state, including Dallas, this past Friday.

Naturally, Scott’s team isn’t pleased  calling it “biased” and a “blatant piece of propaganda.” Scott is facing a civil case for his actions (or lack thereof) when the crowd surge took place, so his lawyers are worried the film’s depiction of the event will “taint the jury pool,” but director Charlie Minn told The Associated Press that the documentary is balanced and fair. According to AP’s report, the movie suggests that Scott could’ve done something to prevent the casualties, but Minn insists it isn’t a hit piece.

Live Nation, which is also being sued since it was the concert’s promoter, has said it’s “heartbroken” by what happened but denied responsibility, which is …interesting. Way too many people at a concert led to trampling, but the company that’s responsible for getting that many people through the gates is not at fault. Okay.

Also, did we really need this documentary? It’s supposed to explore what happened and what attendees had experienced, but we’ve heard it all already. Is this really anything more than just exploiting an accident in which the wounds are very much still fresh? It sucks to see that and it sucks to see a PR legal battle happening over it.

You’re always free to check the film out yourself to decide the morality of it, but we’re still going to give you other events happening this week. — Frances Tingle

The babes of Barf Wave are spinning their favorites at this all-femme/non-binary DJ set. We heard it’s “guaranteed to melt your face off.” — Stephanie Salas-Vega

The Offspring at South Side Ballroom
Don’t act like “Pretty Fly (For A White Guy)” wasn’t a cultural reset. Formed in 1984, the skate punk band has been dishing out high-energy bops for edgy teens and dads alike. Its most recent album was 2021’s Let The Bad Times Roll and while it wasn’t Smash, it proved the rockers haven’t lost their way. In support is Radkey, a punk rock band from Missouri. — Frances Tingle

The Atlanta female folk-rock duo is celebrating its 36th anniversary in the business. Talk about badass women. In 2020, Indigo Girls released its fifteen studio album Look Long — an eclectic project of 11 songs that tells Amy Ray and Emily Saliers’ origin story. Perhaps the most personal one in all these years. — SSV

FleischKrieg With Lord Byron at Ruins

“If hell hosted a dance party — FleischKrieg would be the headliner.” FleischKrieg is an industrial metal, cyberpunk and brutalwave band from California — basically, a metal band meets electronic music. Sounds cool, right? Check out its 2020 debut album Herzblut before hitting the show. Dallas rapper Lord Byron will open. — SSV

The Australian heartthrobs are headed to Deep Ellum for its first U.S. tour ever in support of its latest album Barnyard. Best known for its popular 2014 track “I Warned You,” the indie duo never fails to give us that harmonic and melodramatic groove that fans of bedroom pop and indie rock love. We recommend you use their songs on your TikToks. It’s fitting. — SSV

May The Fourth at Jaxon Beer Garden

This one’s for all the Star War fans (yes, we’re looking at you). You could stay home and rewatch all the films … again this year. Or, you can come out to Jaxon Beer Garden for some specialty drinks and some cool photo opportunities. You might even catch some of your favorite characters there. Just think about it! — SSV

iParty with DJ Matt Bennett
The actor, musician and DJ, Matt Bennett, is going to make it shine at this nostalgic dance party. You’ll best remember him as Robbie on Victorious, but he’s since traded his puppet for a DJ booth. Here, he’ll play favorites from Nickelodeon and Disney Channel. So stop guilty pleasure listening to those teenybopper tunes alone in your room and enjoy them out in the open with a whole crowd of people. — F.T

Haim at The Pavilion at Toyota Music Factory
Made up of three sisters, Este, Danielle and Alana Haim, Haim is a pop-rock band inspired by R&B and acts like Prince, TLC and the Spice Girls. The act has opened for the likes of Taylor Swift, The Killers, Rihanna and Florence and The Machine. Youngest sister and drummer Alana also recently made her film debut with a starring role if Paul Thomas Anderson’s Licorice Pizza. — F.T

The Who at American Airlines Center
The English rock band behind “Baba O’Riley” is hitting Dallas on its “The Who Hits Back” North American tour. You gotta love band names of the ’60s, you just had to stick “The” with any word and you were good to go. Recently, Randy Bachman of the band Guess Who said in an interview that the group felt The Who ripped off their name and tried to get them to change it — to which Pete Townshed said, “There’s the Yardbirds and the Byrds. Nobody’s confused by that. So bugger off.” — F.T

If you don’t know Freddie Gibbs, where have you been for the past decade? The rapper, known for his gangsta rap in the underground hip-hop scene, got on XXL Magazine’s ten freshmen of 2010 — that’s a big deal. His influences include artists such as 2Pac, Biggie, UGK and Bone Thugs-N-Harmonies, which comes to no surprise since his lyrics also talk about that hometown demise. Recently, his collaborative 2020 album Alfredo with hip hop producer The Alchemist was nominated for Best Rap Album at the 2021 Grammy Awards. — SSV

The folk-rock duo, best know for its song “I And Love And You” which made waves in 2009, is made up of siblings Scott and Seth Avett and Bob Crawford and Joe Kwon. The band combines genres such as bluegrass, country, punk, rock and roll and honky tonk and has released 10 albums since 2002. — SSV

Orville Peck at The Factory
The masked, golden-voiced outlaw just dropped his second full-length album Bronco. To celebrate, he’s on tour. Back in 2019 he released his music video for “Queen of The Rodeo” which was filmed at Billy Bob’s in Fort Worth, so we’re psyched to see his snazzy outfits and the bottom half of his face back in DFW. His audience has grown a lot since his debut Pony, partly because “Dead of Night” was featured in an episode of Euphoria this year. — F.T

Okilly Dokilly at Three Links
When you think of Ned Flanders from The Simpsons, does metal music come to mind? We thought not, but this “nedal” band is changing that. With themed songs, the members performing dressed as the animated character and taking on names like “Head Ned, Red Ned, Thread Ned, etc.,” it’s clear they found their niche. Hi diddly ho neighborinos! — F.T

Coldplay formed back during its college days in 1997 and now — two decades later — has become one of the most popular bands in the world. The British rock band has sold more than 100 million copies of its seven albums, which have included its best hits such as “Yellow,” “Viva La Vida,” “Fix You,” “Clocks,” “Paradise” and “A Sky Full Of Stars.” Just to name a few. After all this time, Coldplay has no plans to quit. The band is currently on tour supporting its newest and Grammy-nominated eighth album Music Of The Spheres. — SSV

The Boat Lights with IAMYU and Rachael Zerbato at Double Wide

Fifteen years since its debut demo, post-rock band The Boat Lights have gifted us with three unheard records and a new single to celebrate its career in North Texas. At this show, the band plans to run through its catalog with collaborators and guests, so it’s gonna be a fun night! IAMYU, the ambient-turned-soul project and co-founder of DJ Collective House of Freqs, will open after singer-songwriter Rachael Zerbato. — SSV

Solo artist Michael Austin Sorrells is celebrating the release of his first full-length album Aqua at one of Dallas’ favorite venues. Hell yeah, what a way to do it. Marcus & Jess, Griffin Hotby and Bethnie Rose will also perform. — SSV

Bencjones Album Release at The Post at River East

We do love a good album release party. Come to Panther City for Fort Worth’s indie alt-rock Bencjones new album High Beams, Backroads and Hi-Fi. Get some exclusive merch while you’re at it. — SSV

Urban Cowboy at Texas Theatre
State Fair Records is presenting this cowboy-themed night. We got a screening of Urban Cowboy (1980), Lone Star beer and live music before and after the movie. In attendance with be Jackson & Levi Scribner, Clifffs (featuring members of The Deathray Davies) and The Ottoman Turks. — F.T

6th, 7th, 8th Anniversary Party at The Wild Detectives
It’s a new kind of pain when a place can’t celebrate an anniversary two years in a row due to a worldwide health crisis. Consider this three times the party it would’ve been under normal circumstances. The book store is putting on a mini-music fest stacked with local artists of different genres. Check out the lineup at the link. — F.T

Miranda Lambert at Dos Equis Pavilion
She’s a turner, keeper, giver, rhymer and she is the moment. In case you didn’t know, Lambert was raised in Lindale, about two hours out of Dallas. As a teen, she appeared on the Johnnie High Country Music Revue in Arlington, a talent show which helped jumpstart her career. In support of her Dallas concert is Little Big Town, a country vocal group from Alabama. — F.T

Bencjones Album Release at The Post at River East
Fort Worth’s indie rock artist Bencjones will have his full band for the High Beams, Backroads and Hi-Fi album release show. The album, which drops June 17, will be available early exclusively for everyone who attends. This year, he released the five-song EP Afraid of Me. Don’t forget to get some exclusive merch at this show. — F.T

Our beloved Vandoliers, the six-piece country-punk band! Vandoliers formed in 2015 by Joshua Fleming and consists of Cory Graves, Trey Alfaro, Dustin Fleming, Travis Curry and Mark Moncrieff. A year later, the band signed to Dallas-based label State Fair Records and released albums Ameri-Kinda and The Native, which was recorded in the same studio where Willie Nelson made Red Headed Stranger. Its latest album Forever released in 2019 under Bloodshot Records. — SSV

If you’re a fan of neo-perreo, club music and hyperpop, then you’re a fan of P1NKSTAR, the groundbreaking electronic Trans musician. The Austin Chronicle crowned her Pop Princess back in 2020 and we’re honored to have her in town this year. Dallas’ dream-pop act Lorelei K and synth-pop techno act LLORA will open. — SSV

J Balvin, the Colombian reggaeton singer — or, as we should say “The Prince of Reggaeton” — is one of the best-selling Latin artists of our time. He has sold more than 35 million records worldwide, won five Billboard Latin Music Awards, four Latin Grammy awards and more. He was also one of the top Latin artists during the reggaeton craze in 2017 and has since been named the “leader of a second-generation reggaeton” by the Guinness World Records. — SSV

Formed in the ’80s, the vocal harmony group is the most commercially successful R&B group of all time. Its tracks “End of the Road,” “I’ll Make Love to You” and Mariah Carey-collab “One Sweet Day” are three of its longest-running number one pop singles. Even after its ’90s prime era, Boyz II Men are still extremely relevant today for its lush, soulful ballads. — SSV