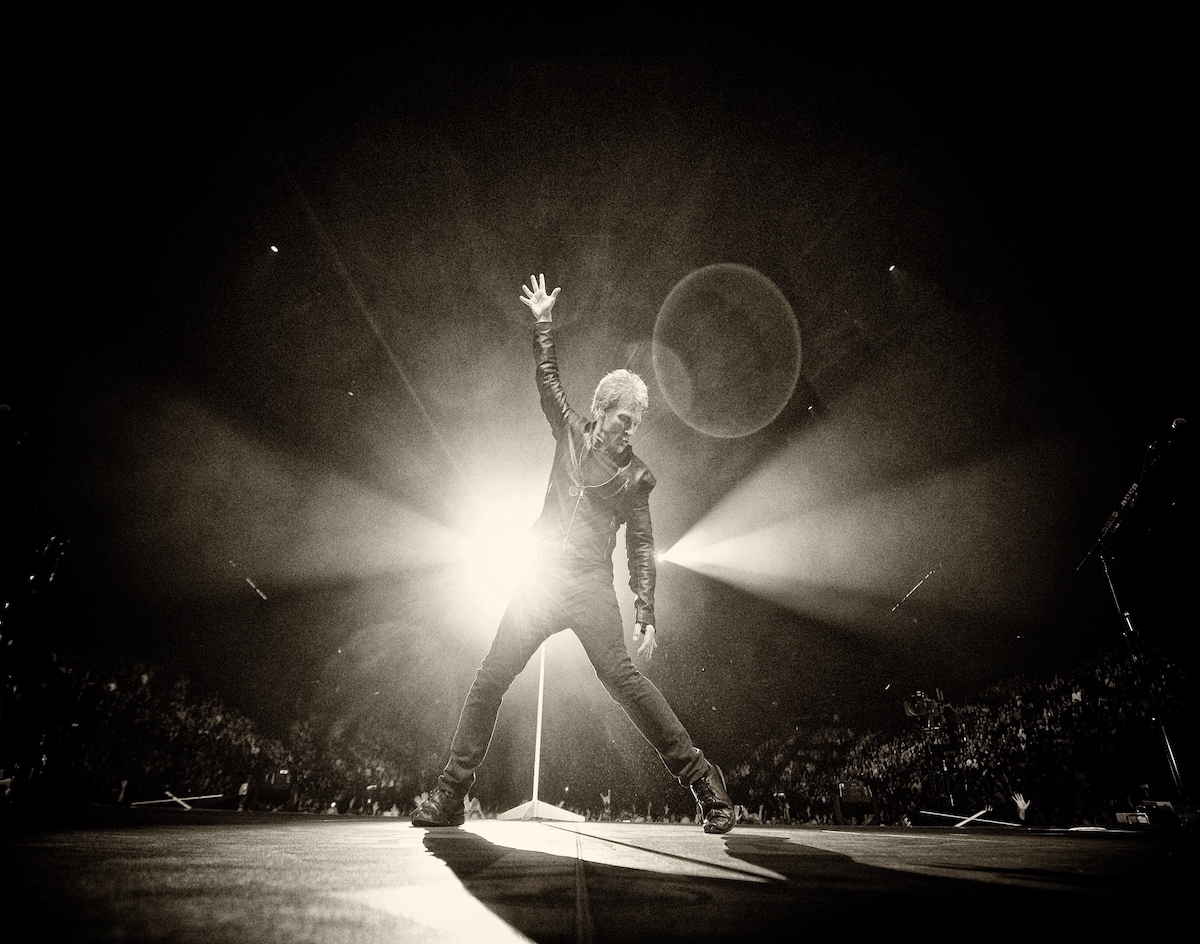 This Week In Dallas, You Can Live On A Prayer With Bon Jovi, Be The One With Justin Bieber And Sing A Wordless Chorus With My Morning Jacket.

It was a cloudy and rainy weekend but that didn’t stop Dallasites from coming out to celebrate the April holidays. Unless, of course, you’re a Dallas Mavericks fan, then the weather was perfect for that unfortunate Game 4 loss.  Big yikes.

Anyway, last Friday Dallas did a little something for Earth Day.

First and foremost, the skyline turned into a green-lit masterpiece for this year’s EarthX2022 environmental convention. The five-day event brought all sorts of people along for the fun to learn about and celebrate what the Earth has to offer (and what we’re doing to it).

All across town, people also partook in all sorts of initiatives to become more green, including kindergarten through second grade students from Dallas ISD’s Prestonwood Montessori as they went outside to plant seeds during the school day. Garland also celebrated with a drive-thru recycling event for people to easily get rid of their recycling needs. Electronics, cardboard, batteries, kitchen fats and oils and more were kept out of the landfill.

Over in Grand Prairie, some people even got to take home a tree as part of the city’s Earth Day celebration, along with seeing animals, getting their faces painted and taking part in crafts. This momentum just needs to keep up now, as the Earth is important to take care of more than once a year.

Now, enough about what already happened. Let’s look at the 20 best things to do in Dallas this week.

Interpol at The Factory

Earlier this month, Interpol officially announced its 7th album, the first album since Marauder in 2018 and two decades after its debut LP Turn On The Bright Eyes, will release in July. Its album The Other Side Of Make-Believe was written and recorded during the pandemic and will kickstart a concert-run with Spoon later this year. For now, catch the British-American post-punk rock band, that gave us hits like “Obstacle 1” and “Evil,” this week in Deep Ellum with TYCHO and special guest Matthew Dear. — SSV

An Evening With David Sedaris at the Dallas Museum Of Art

This New York Times author and humorist is back for his 11th Arts & Letters Live to share his new essays, social critiques and wit with Dallas fans.

The First Nations hip-hop duo, made up of Darren “Young D” Metz and Quinton “Yung Trybez” Nyce, started as just two guys who loved hip-hop and writing in high school. They have since received several nominations including the Juno Award for Indigenous Music Album of the Year of its 2017 album The Average Savage and Best Hip Hop Album at the Indigenous Music Awards. Lex Leosis and Boogey the Beat will open.

Tori Amos’ will open her North American tour with a stop in Dallas. The mezzo-soprano singer-songwriter and pianist will be showcasing Oceans to Oceans, her latest, pandemic-inspired album during her tour.

Will Wood Live at The Post at River East

Jack of all trades Will Wood will perform folk, pop, jazz, rock and roll and avant-pop songs with ease. For an extra 75 bucks, you can attend his meet and greet and get a VIP laminate and signed poster. Shayfer James will open.

Two full days of raving in Fort Worth headlined by Excision, Tië and many other EDM artists? Count us in. After the festival, pull up to The Yard or The Shack each night for an 18+ after party.

My Morning Jacket at The Factory

My Morning Jacket, the country-rooted rock band with psychedelic and experimental sounds, announced its U.S. tour last month, just a few months after the release of its ninth and self-titled album. Despite its 2020 album The Waterfall II, My Morning Jacket is the first album in six years with all new material. It’s making one out of three Texas stops in Dallas with Madison Cunningham as opener. — SSV

Build to Spill at Granada Theater

Idaho-based indie rock trio, formed back in the ’90s, kicked off its tour in December. After signing with Sub Pop Records, the veteran alt band announced its new album When the Wind Forget Your Name will release Sept. 9 and was inspired by Brazilian influences. It’s Built To Spill’s first album since 2015. Prism Bitch and Itchy Kitty will open. — SSV

“Livin’ On a Prayer,” “You Give Love a Bad Name” and “Wanted Dead or Alive” are just some of the songs that fans will be rocking out to at this downtown mega-venue. Presented by Hampton Water, the Bon Jovi crew left its Missourian roots for this spring tour.

This inaugural event will give attendees a taste of whiskey history, a craft cocktail lesson and female-owned businesses available to shop from. Blackland Distillery is an award-winning tasting room as the “Best Distillery for a Drink” and the “Swankiest Bar,” only serving Blackland Spirits.

The Southwest’s premiere horror convention will be going down Friday, Saturday and Sunday to satisfy all your spooky needs. Celebrity signings, Q&A’s and premiere screenings are just some of the festivities to celebrate cinematic horror.

This group was started by Anton Newcombe in San Francisco in 1990, and since then has dropped 20 studio albums, 14 EPs, five live albums, six compilations albums and 18 singles.

Bringing similar vibes as Prince, James Brown, ‘90s R&B, soul and funk is Smoove Funk, who will be bringing a set bound to get you out of your seat and dancing along with them. The best part, they come straight from Dallas.

ADULT will be showing off its latest album, Becoming Undone, at Ruins this weekend, joined by opening acts Kontravoid and Spike Hellis. The group has been going at it for 25 years with its dystopian, Detroit, synth-punk vibe.

This music ensemble debuted in 2005, and since then has become a multimedia presence and cultural phenomenon with both albums and DVD releases. Their tour and Saturday performance is in recognition of their new PBS special, Postcards from Ireland.

Urban Rapstars, 360 Battles and Massacre League are bringing the heat just a few hours before ADULT for Texas Cup. Hosted by Blue and Fluffy and DJ’d by DJ Lobo and DJ Duvan, this contest has four seats available for cyphers.

Crawfish lovers of all ages are invited to the Cowtown Crawfish Festival, with wristbands available for the amount of crawfish to your liking. Attendees can expect Big Daddie the DJ, Sean Ardoin and the Unfaded Brass Band, along with fresh crawfish and an artisan market.

In celebration of The Dirty Shirts’ new album, Cure for Paranoia and King Clam will be leading Double Wide through a night of dancing and celebration as fans soak it all in.

Rescheduled from Aug. 6, Justin Bieber will bring fans some classics and new jams. At the show, T-Mobile will take a photo of the crowd and distribute it online for lasting memorabilia.