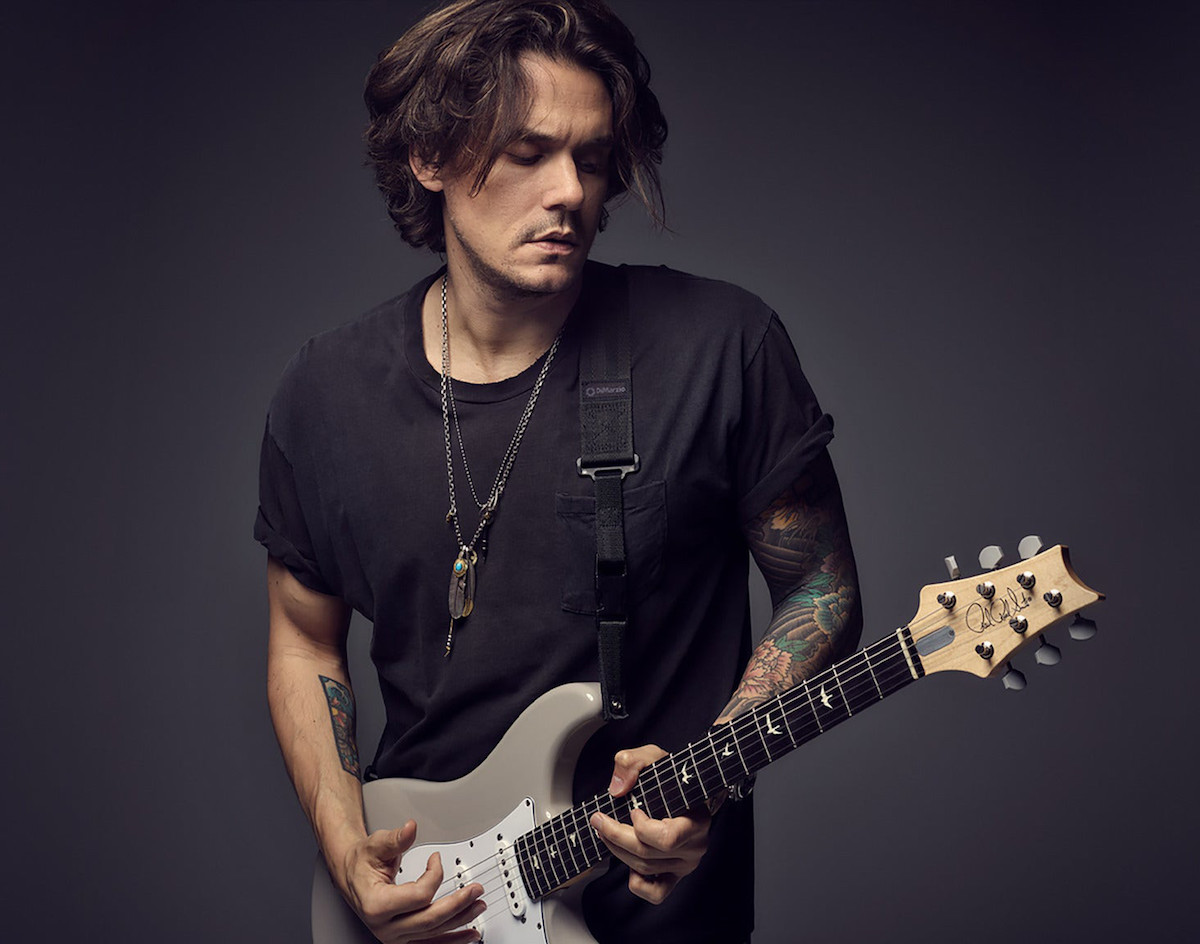 This Week In Dallas, You Can Free Fall With John Mayer, Say Hello, Cruel World With Dent May, Blackout With Breathe Carolina And More.

It seems like the Dallas Cowboys can’t escape controversy lately.

In February, it was announced the Cowboys paid a pretty penny ($2.4 million to be specific) to settle voyeurism accusations made against former team executive Rich Dalrymple made by four Dallas Cowboys cheerleaders.

Now, police interviewed Cowboys’ second-round draft pick cornerback Kelvin Joseph in connection to the March 18 murder of 20-year-old Cameron Ray, who’d come to Dallas from East Texas to celebrate his birthday. Ray was involved in an altercation between two groups of people that included Joseph. Following the altercation, shots were fired from an SUV.

Joseph was the passenger in the vehicle from which the gunshots that killed Ray were fired and according to ESPN, Joseph’s attorney said he was not the shooter.

In a statement, the Dallas Cowboys expressed condolences for Ray’s family and said they are “in contact with Dallas law enforcement and have alerted the NFL office.”

Two arrests have been made — Aries Jones, 28, and Tivione English, 21, of Baton Rouge, Louisiana.

Now that we updated you on some local news, let’s get to our weekly events. — Rhema Joy Bell.

Ashe: The Fault Line Tour
If you weren’t singing (or crying) along to Ashe’s “Moral of The Story” when it went viral in March 2020, then where were you? The song marks her first break out hit. It’s been used in over 900,000 TikToks, which led to Ashe teaming up with One Direction’s Niall Horan for a duet version. Ashe has collaborated with Finneas on multiple EPs and songs, and she’s got songwriting credits on Demi Lovato’s 2017 album Tell Me You Love Me. The Fault Line Tour is in support of her debut album Ashlyn that released in May 2021. — RJB

JOHNNYSWIM: The Johnnyswim Show
This Tennessee singing and songwriting husband-and-wife duo has been performing together since 2005, four years before they released their debut EP and five years before the tied the knot. Since then, the folksy duo has released four studio albums, four EPs and a live album. They’re bringing their intimate act to Southside Ballroom with opener Katelyn Tarver, who got her claim to fame on Big Time Rush where she starred as Jo Taylor from 2010 to 2013. — RJB

Luna Luna with Dent May at Tulips
The Dallas-turned-Austin band is back in DFW to headline this show. The Latin indie pop group is no stranger to us, so check them out if you haven’t already before they go back to Austin. In support is Mississippi’s Dent May, who makes a lot of stellar psych-pop tunes, like his latest single “Crying Laughing.” — Frances Tingle

Not Another D&D Podcast at Majestic Theatre
“Three unlikely adventurers attempt to right the wrongs caused by a party of legendary heroes who screwed up the world while trying to save it.” If you’re a D&D nerd, here’s a great opportunity to watch this beloved podcast live — only after rolling initiative first, though. — FT

Breathe Carolina at Green Light Social
RIP the days of Warped Tour. This EDM duo has been active and winning the hearts of scene kids since 2007. After 15 years, there has been a lot of evolution, like their latest release “I Do It To Myself.” — FT

Fresh 45s 7″ Vinyl Party at Ruins
Co-presented by Ruins and Too Fresh, this no-cover party will be spinning 7″ records all night.  The lineup includes, DJ Leo J, DJ Bilal, DJ Priest TD and DJ Dogstyle. This is also a monthly occurrence, happening every third Thursday, with different DJs every month so it’s always something fresh. — FT

Alexandra at Opening Bell Coffee
Originally from Ohio, Alexandra is now based in Dallas and is giving us her indie-pop sensibilities. She prides herself on “honest storytelling” and “a sense of familiarity” in her music. The singer-songwriter is also in the process of of creating an album, so you can be one of those “I liked them before they were famous” people and check out this coffee shop show in lieu of the release. — FT

Vich-Na-Vich at Aurora
Part of the Video Art Nights series, this installation features Ukrainian artists working in video, animation and drawing. Meaning “eye to eye”, or “face to face,” the show is offering an intimate portrayal of Ukraine and how artists address and record experiences of invasion and war. — FT

La Conjunta, written by Amy Zapien, is a 10-minute collaborative film put together by 11 Dallas-based Black and brown creatives. Directed by Christopher Sonny Martinez, the short film follows the life of a moody brown girl who has been receiving otherworldly messaged in her dream about her childhood trauma and queer identity. Plus, Austin band Hey Cowboy! and local DJ Eternos will be special guests at the premiere. — SSV

Better Now, Yasmeen, North By North and Badasstronauts at Main at Southside
Get a taste of local and out-of-state talent, as well as various genres, with this stacked lineup. Better Now (punk), Badasstronauts (hard psych-rock) and Yasmeen (R&B) are all from DFW, while North By North (garage rock) are coming in from Chicago. — FT

Earthday Market at Celestial Beerworks
For those who are looking to make their closet a little more sustainable, this market will be selling repurposed, recycled and earth-friendly goods from local vendors. The Refillery Co, Mosstera Creations, The Hoppy Hound and Sara L. Morton Art are just a few of the curators, and Haleigh’s Eats will be serving food while DJ Binosaur will be spinning vinyls starting at 7 p.m. — FT

The 4DWN Experience at 4DWN
Gather ’round, skaters. This skating complex will be on fire with pro skaters, live music, art, food and raffles. The entry fee will benefit the 4DWn Project, which offers educational and developmental support to at-risk youths. — FT

Pinegrove at The Studio at The Factory
Having just released its critically-acclaimed album 11:11 (which was produced by Death Cab for Cutie’s Chris Walla), this indie-rock/alt-country act from upstate New York is making a stop in Deep Ellum. Pinegrove also recently made its late night debut performing “Cyclone” on The Late Late Show with James Corden. — FT

Over in Bishop Arts District, The White Pearl Co., the professional teeth whitening spot owned by Angely Almazán (aka Dallas Dental Babe), is bringing local vendors and live music together. Pull up to Camp Bishop and get some cute tooth gems by Dallas Dental Babe, grab some grub from Dallas’ fave Gustos Burgers and catch RickyRay & The Goons perform. That’s not all though! Seven live acts, 10 food vendors and 16 vendors — you, really don’t want to miss this. — SSV

Mountain Of Smoke Release Party at Double Wide
DFW’s sludge metal band Mountain of Smoke is celebrating the release of a new record. In support is Wildspeaker, Moon Presence and Bad Stuff. Also, if you donate a sleeping bag, you get a free MOS shirt, and for a donation of clothing items, you get a free print. — FT

Jacob Collier at The Factory
This multi-instrumentalist has made major waves since he dropped his debut album In My Room (which he recorded, arranged, produced and performed himself) back in 2015. His sophomore effort, Djesse Vol. 3 was nominated for album of the year at the 2021 Grammy Awards, and he boasts songwriting credits on SZA’s smash hit “Good Days” and Coldplay’s “Cry Cry Cry.” — RJB

Human Dior, the Dallas streetwear resale store, is hosting its first market of the year with more than 15 vendors, food, live music and more at its headquarters. Some of the vendors include Styled By Kuma, GasStation Rags, FuckBuffaloExchange, Trash By Stink and CozyVintageCo. Yeah, you wanna be there.– SSV

John Mayer at American Airlines Center
With a career that spans across over two decades, seven Grammys awards and eight studio albums under his belt — Mayer’s act is truly refined. His SOB Rock tour is in support of his eighth studio album of the same name that released last year to critical acclaim and debuted at number 2 on the Billboard 200 chart. — RJB

Squeezebox Bandits at The Kessler Theater
This Spring on The Green show is happening on the lawn and outdoor stage. Mixing Tejano and country western, Squeezebox Bandits is channeling Texas. Tickets are free, but it’s first-come first-serve. The group is also playing its album release party at Billy Bob’s on May 5th. — FT

OK2BX Film Festival at Texas Theatre
The inaugural festival will feature more than 20 short films created by high school students from all over the country. Its goal is to honor diversity and inclusivity, with films being presented in inclusivity, LGBTQIA+, animation and smartphone categories. It’s also in honor of Eleanor Bolding, who died by suicide in 2021. — FT