The 10 Craziest Wrestlers to Work in Dallas’ WCCW. 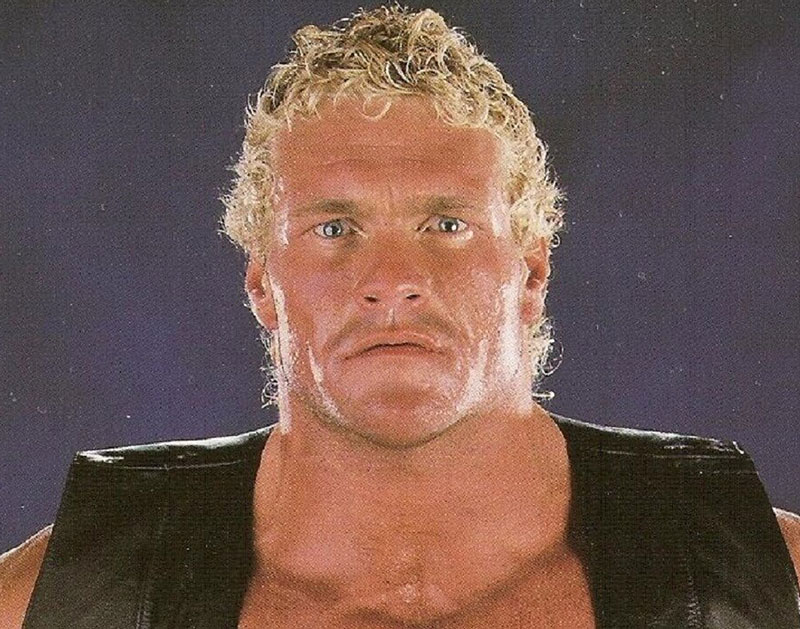 Let’s Talk About the Weirdos Who Wrestled In Dallas During The ’80s.

The promotion, like pretty much every regional wrestling territory, would see its lifespan shortened after the ascendance of  WWE (then known as WWF) to national prominence in the mid-1980s. Still, in its heyday, WCCW was a fixture in DFW, and one of the top wrestling shows in the country.

Much of WCCW’s success was due to the popularity of the Von Erich brothers, the sons of wrestler and WCCW promoter Fritz Von Erich. Dallas fawned over the Von Erichs — particularly Kevin, David and Kerry — and their fans were rabidly supportive as they watched their heroes take on different rivals. Their extended conflict with the Fabulous Freebirds is still one of the best-known feuds in wrestling history.

In addition to having mainstays like the Von Erichs, WCCW was also regularly able to bring in the top performers like Ric Flair, the NWA champion at the time and arguably the most successful wrestler of the era. Fans also saw early iterations of future megastars like “Stone Cold” Steve Austin, The Undertaker, Shawn Michaels, The Ultimate Warrior and Mick Foley.

See Also: Which Texas-Bred Attitude Era WWE Legend Are You?

But we can talk about the stars for days. Instead, let’s give the weirdos who stepped into the ring their fair share of attention. Remember: Wrestling started as a carnival attraction, and in spirit, it never fully left its outlandish roots with ridiculous personas and sometimes “crazy” characters.

By the way, in a few cases, the designation “craziest” effectively means “it’s crazy how problematic this is.” You’ve been warned.

(Before any wrestling nerds try to nitpick, we’ll point out that WCCW went through several organizational shuffles, including a breakaway from the National Wrestling Alliance and some attempted mergers, which led to some name changes. For the sake of making this article follow-able we’re going to use “WCCW” for any variation of the company that operated in Dallas, and had some Von Erich involvement. Oh, and all references to WWE will use WWE, even if they were operating as WWF during the period being referenced, which, again, is our best defense against acronym fatigue.)

Let’s start with the obvious – you don’t get to name yourself after one of the most infamous figures in punk rock history if you’re known for being a tame, milquetoast guy. Over the course of his career, Vicious would also go by the names Sid Justice, and Psycho Sid, and he certainly lived up to the name Psycho Sid. He wrestled with the understanding that his size and power were his main assets, using heavy strikes and a move set that, while limited, emphasized the ease with which he could toss around his opponents. His image alone was enough to sell him as an imposing, intense character, though his difficulties talking on the mic could occasionally undermine that projected image. The moment that cemented his wild legacy came via an altercation at a hotel with wrestling legend Arn Anderson. During their fight, each man managed to stab the other with a pair of scissors; luckily, they both survived, and both were able to continue wrestling, though probably with the unspoken understanding that they wouldn’t travel with anything sharper than safety scissors.

One of the pioneers of the subgenre of hardcore wrestling, Abdullah the Butcher was presented as a bloodthirsty Sudanese villain, despite his being born in Canada. Billing someone as foreign, particularly from a place that didn’t speak English, was a tacky, albeit pragmatic, way of helping them avoid having to talk on the microphone. Abdullah worked with different managers who had charisma to spare, and could do a better job hyping up their fighter. Abdullah maintained a fearsome reputation as he moved freely from promotion to promotion, with his work and status recognized across different countries. Bookers knew they could plug him into a feud with a popular star and rake in ticket sales, because his gruesome in-ring performances would make their local heroes look especially sympathetic, and remarkably tough. Abdullah’s willingness to bleed, and his frequent use of foreign objects, helped push the intensity of the matches, and whip crowds into a frenzy. Of course, these were also resourceful ways to hide the athletic limitations that come with weighing 400 pounds. Abdullah’s fondness for blood has led to a serious controversy in the last few years after he was sued for allegedly giving another competitor Hepatitis C during a match.

Kamala (real name Jim Harris) was born in Mississippi, but early in his career he became the “Ugandan giant,” a savage African warrior, and yes, it was just as uncomfortable and regressive as it sounds. Promotions would sometimes claim that Kamala had been a personal bodyguard of Ugandan dictator Idi Amin. They were able to tap into audiences’ specific discomfort with recent international events and exploit horror stories about Amin’s reign. In practice, it was probably a superfluous touch, because wrestling fans have a Pavlovian commitment to booing anyone who looks, sounds, or acts foreign. Harris threw himself into the character, still one of the more recognizable in wrestling history. He would go on to work in WWE, and he worked up until recent years, when diabetes complications ended his career.

A snarling, temperamental Texas brawler, Terry Funk has a wrestling resume that spans decades. He’s best known now for his longevity and his willingness to put on some of the most shockingly violent matches ever booked. During his Extreme Championship Wrestling stint, he was regularly launched through tables and battered with steel chairs in his 50s. He started talking about calling it a career as early as the late ’90s (that planned “retirement” was captured on film as part of the Beyond the Mat documentary), but uncanny resilience and a deep love for his craft lured him off the couch and back into the ring time and time again. Sure, technically he showed up in Dallas as part of USWA after its merger with WCCW, but we’re still giving him a nod here since he performed in town and worked for a company affiliated with the Von Erichs. Plus, he’s a goddamn legend, one of the most important figures in professional wrestling, known for absorbing unholy amounts of abuse and for taking part in acclaimed feuds and memorable matches all over the planet.

The Great Kabuki had a fearsome look, with an unruly mop of hair that hid his painted face and scars. He was built up as an enigmatic, unorthodox and cruel competitor. The Great Kabuki wasn’t the only foreign wrestler in WCCW to lean heavily on the trope of Asian exoticism, but Kabuki makes our list because he introduced the now-iconic tactic of spitting green mist into his opponents’ eyes to blind and disorient them. It wouldn’t take long for the maneuver to be picked up by other wrestlers, typically also from Japan, the most famous adapters being wrestling legend The Great Muta, and the critically under-appreciated Tajiri. Japanese wrestlers have often been relied on as villains; this was hardly new at the time Great Kabuki was demonizing opponents in WCCW, but, like with Kamala’s being linked to Uganda, there’s a connection to then-current events. Japan’s growing industrial and technological prominence in the 1980s led to a sharp rise in Japanese investors buying American companies, thus causing social frictions that enabled these heels.

Bruiser Brody looked and fought like an absolute brute, creating an aura of danger and unpredictability around his matches. His out-of-control style helped prime audiences for the carnage of hardcore wrestling. His work with Abdullah the Butcher in particular helped give that burgeoning hardcore style its shape. Even as fans and fellow wrestlers gawked at his untamed mane and bushy beard, they recognized the intelligence behind the furious demeanor and fighting style. Brody knew the rules and exploited them and it was his anarchic behavior that made it difficult for promoters and wrestlers to work with him. During infamous steel cage match with Lex Luger, Brody simply stopped competing; there’s some speculation that it was because he didn’t want to work with Luger, while other maintain that he wanted to cause the promotion some embarrassment. Brody was murdered in an alleged locker room dispute in Puerto Rico in 1988, during a period when he wrestled for World Wrestling Council. His accused killer, Jose Gonzalez (known in wrestling as Invader I) was charged, but escaped prosecution.

Nord the Barbarian would often play exactly the kind of simplistic brute you’d expect to find lumbering around inside a wrestling ring. Nord the Bararian would have his barbaric streak amped up considerably when he worked with WWE in the early ’90s as The Berzerker. He would walk to the ring wearing a horned helmet and end matches by pulverizing opponents and then throwing them over the top rope to take a count out victory. His trademark gesture involved gripping one of his wrists and chanting “Huss!” over and over again. He was more down-to-earth in his days working for WCCW – he had the fur boots, the clubbing offense and the towering figure, but the “barbarian” designation at that point was still more about hyping up his ferocity than an attempt to awkwardly bill from a faraway place and time.

The WWE-famous Mick Foley used the last name Manson while working in WCCW. That’s right, the wrestler-turned-author-turned-standup and noted Christmas enthusiast once rocked the last name of one of America’s most notorious figures. Manson threw wild punches, absorbed punishment as naturally as plants absorb sunlight and showed an early fondness for risking his well-being for the sake of a cool spot. His WCCW finishing maneuver was to take a running start, jump off the ring apron and crash onto the floor outside the ring while dropping an elbow on his prone opponent. Foley’s frenzies during his time in WWE  are pretty well established; one of the most memorable images in all of wrestling is his fall from the top of the Hell in a Cell cage (which, by the way, was something he actually did twice). Outside of WWE, he found his way into Japanese death matches, and was one of ECW’s bigger stars, so he also racked up plenty of crazy points when most us weren’t looking. In other words, going by the last name Manson was pretty tame by the standards of his career.

The Missing Link was a wrestler/creature that represents the final bridge between man and taxonomically determined beast. Yes, really. Apparently, the distinguishing features that separate him from us are his green face paint and a stupid haircut. So update your biology textbooks accordingly, I guess.

Bugsy McGraw should be better known for his mic skills to current wrestling fans. His promo work would veer freely between comedy, threats of violence, random asides, and existential rumination; interviewers who got wise to what they were up against knew to step back and let McGraw do his thing. While the non sequiturs make it hard to pare his “typical” promo down to its essence, you could usually count on McGraw to hype his fighting spirit by contrasting it against the inherent dissatisfaction of modern living, and the pain that could come with being alive in the world. Like Bruiser Brody, McGraw was more of an undisciplined fighter than he was a wrestler, but McGraw’s in-ring performances aren’t remembered as fondly as Brody’s. Still, his loopy charisma and surprisingly sharp sense of humor make him captivating even today. He was an outsized character, and a professed nonconformist, but his real life circumstances after wrestling are surprisingly mundane. McGraw stayed in Florida towards the end of his career, and apparently took up working as a registered nurse when he couldn’t sustain himself through wrestling alone.