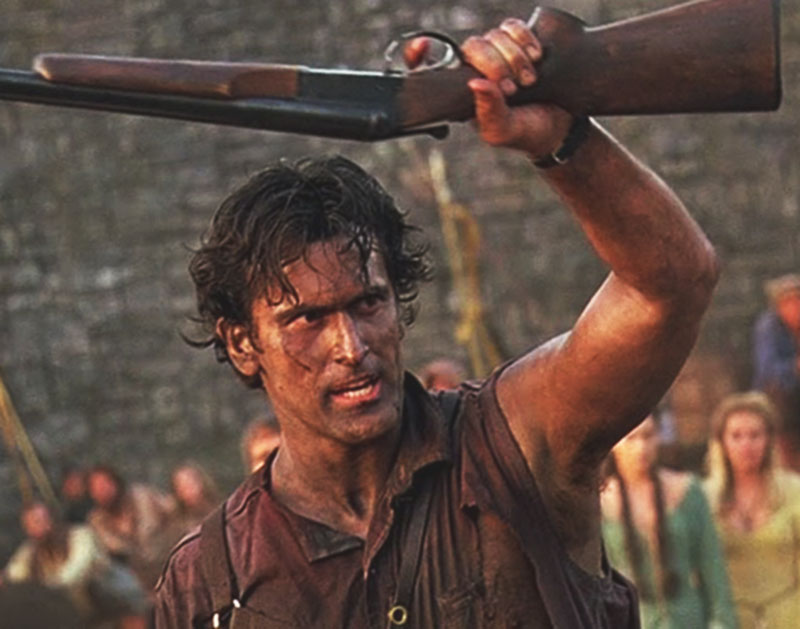 Apologies to our film critics, who are no doubt more qualified than I to have an opinion on the matter, but they missed what I would’ve considered a shoo-in when they ranked Dallas’ best film festivals: For my money, Texas Frightmare Weekend is pretty much in a class of its own when it comes to our region’s movie celebrations — in part because it’s so much more than just another opportunity to hole up in a dark movie theater and watch movie after movie after movie.

Every bit as much a convention as it is a film festival, Texas Frightmare Weekend’s 2017 run from May 5 through May 7 will feature autograph and photo sessions with an endearing roster of bold-faced horror genre names including influential Italian director Dario Argento, actor Malcolm McDowell (A Clockwork Orange, Entourage), actor Freddie Highmore (Bates Motel, Charlie & The Chocolate Factory), wrestlers Sting and Ric Flair, and actress Shannon Elizabeth (American Pie, Scary Movie). With genre-specific panels and booths lining the floor at its the DFW Airport Hyatt Regency home, it’s a better take than most of its convention competition at $30 for a day pass, and that’s before considering that most of its movie screenings are free to attend.

But most interesting about Texas Fightmare Weekend are its paid screening events, which, for example, just last year saw Scream stars Skeet Ulrigh and Matthew Lillard hosting a Q&A following a 20th anniversary screening of that seminal film. This year, those events are taking shape in the form of an already sold-out 35th anniversary screening of John Carpenter’s The Thing with the cast in attendance, and a perhaps more interesting Thursday night kickoff evening screening at Texas Theatre.

There, actor Ted Raimi will host a 35mm screening of his brother Sam’s cult classic Army of Darkness, the third installment of the Bruce Campbell-starring Evil Dead trilogy. The screening, which kicks off at 8:30 p.m. on May 4 and will cost $15 to get into (right here), will then be followed by a Q&A from Raimi. It’s the rare opportunity to learn even more trivial details about the thing your friends already zone out when you try telling them about! And isn’t that exactly what a true nerd-out like a film festival should be about?