Surf’s Up, Rowlett? Check Out This Wild $1B Development. 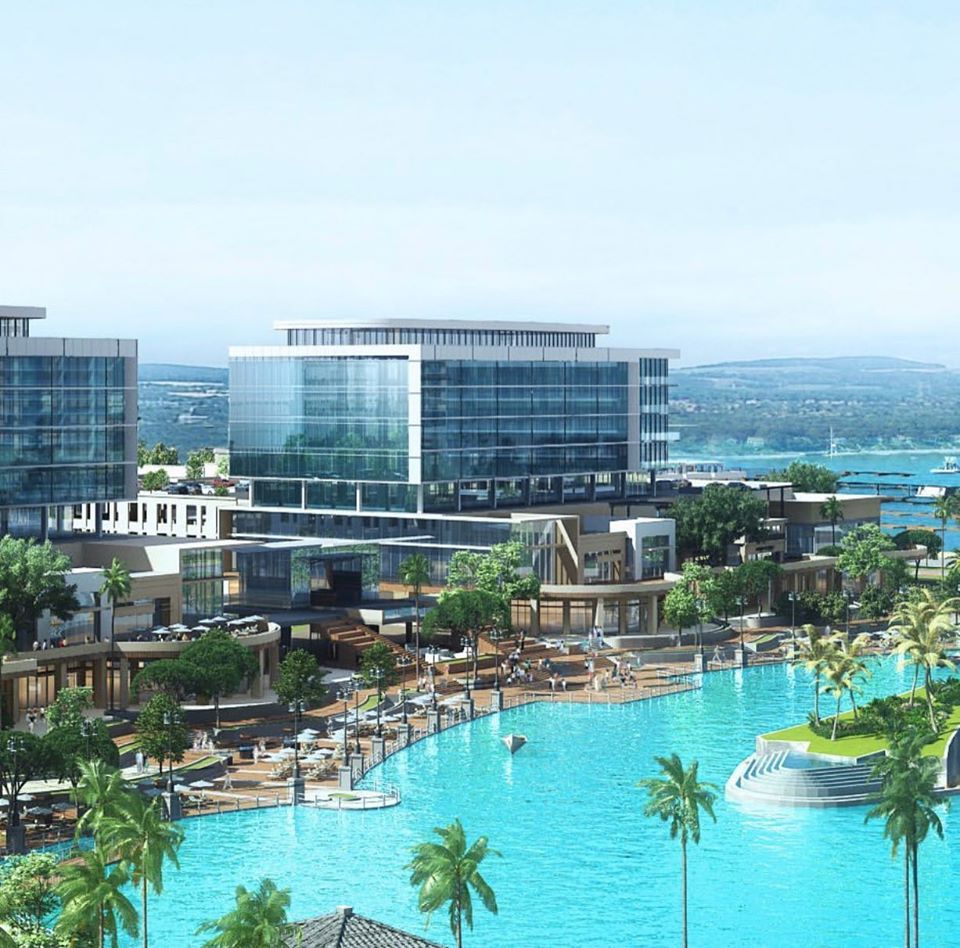 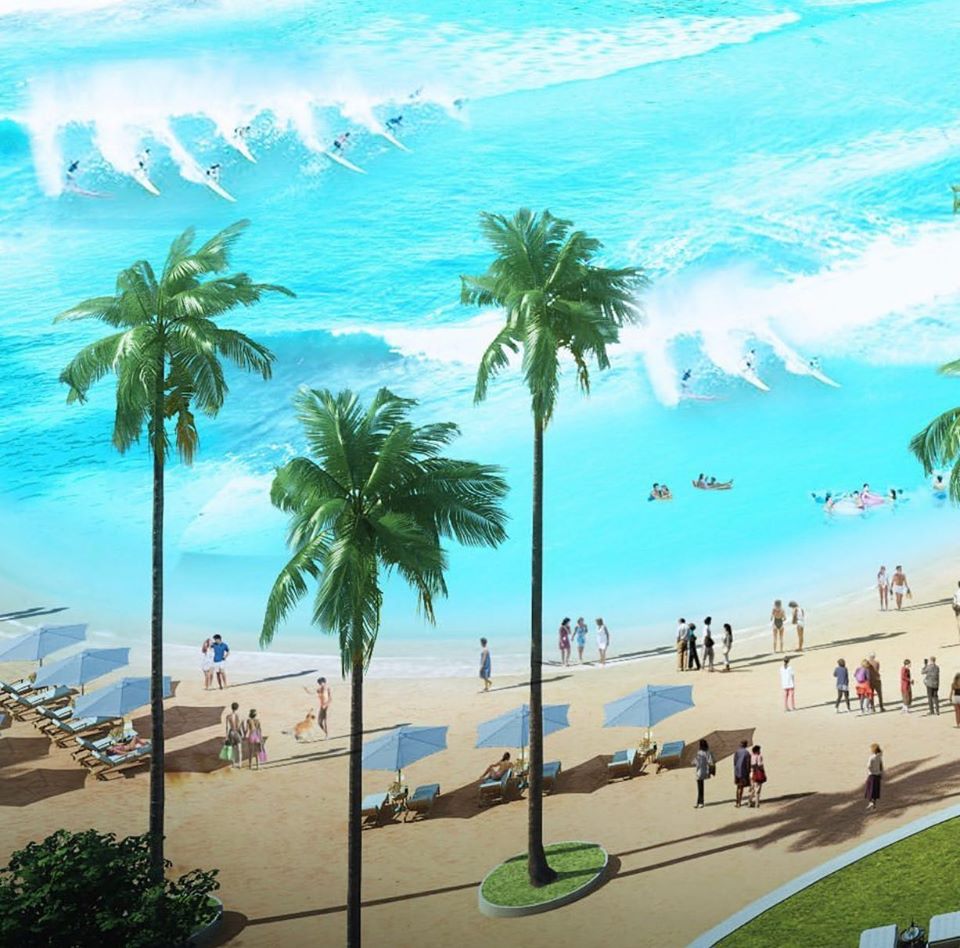 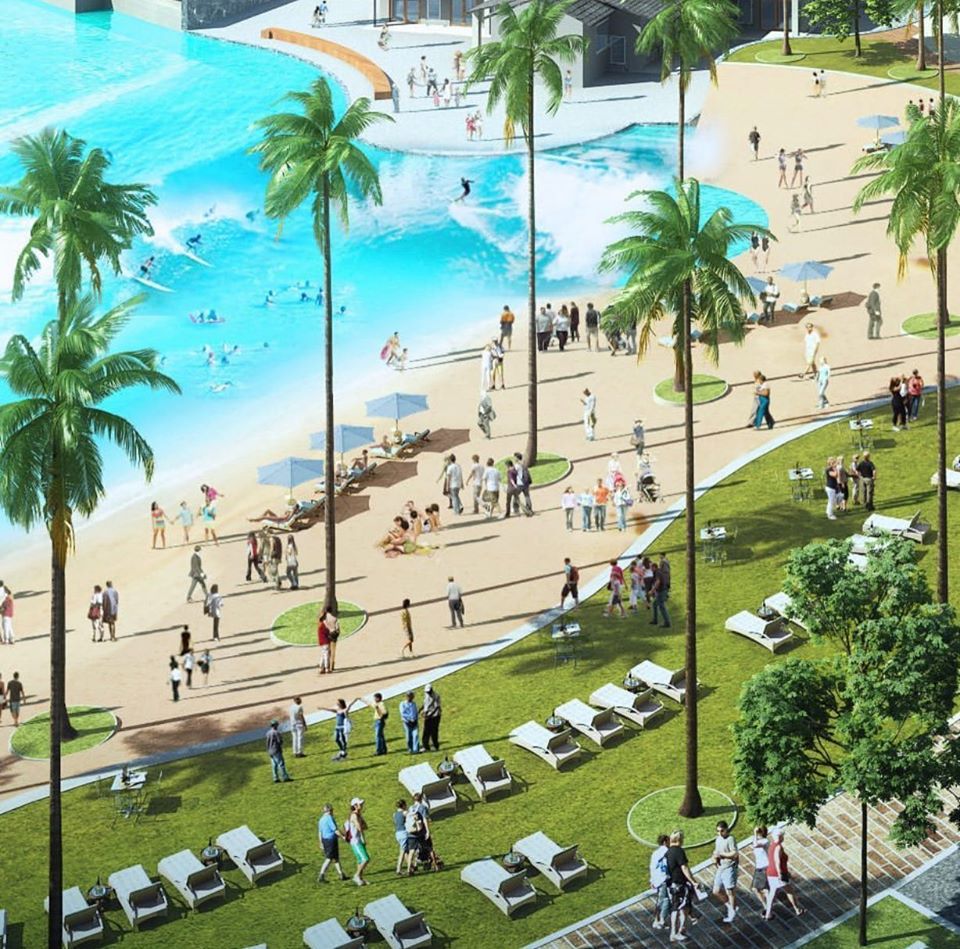 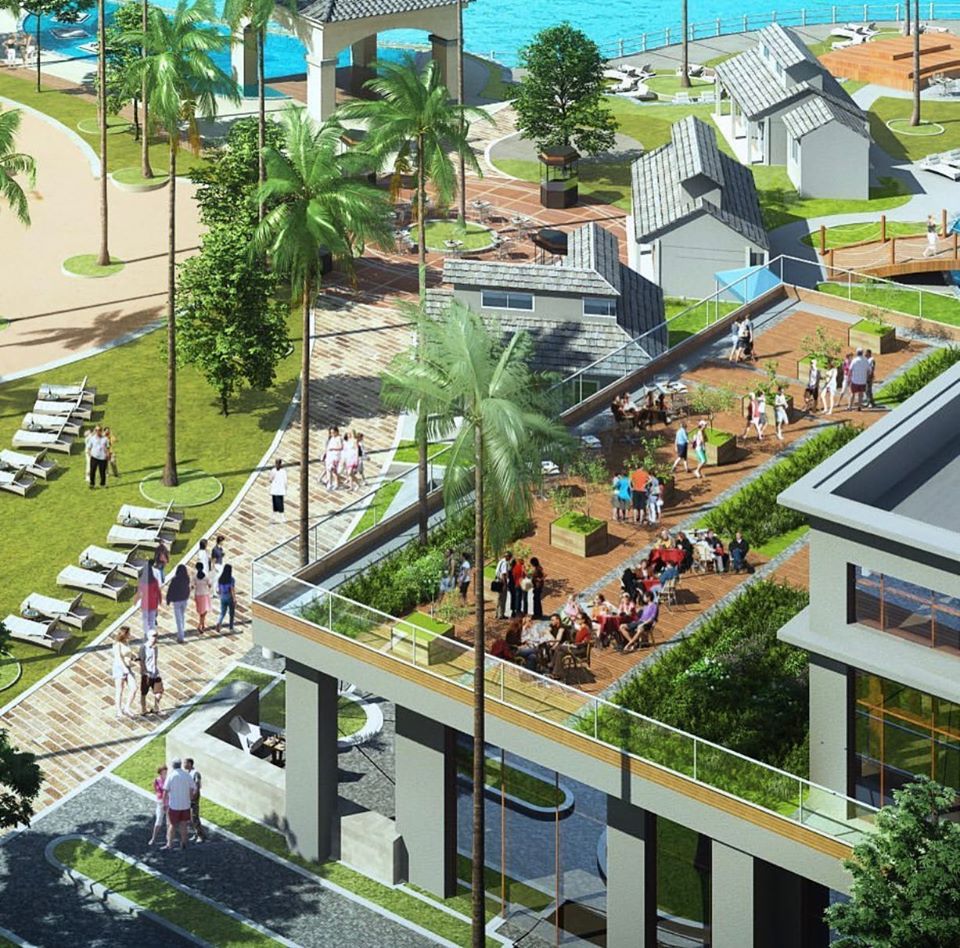 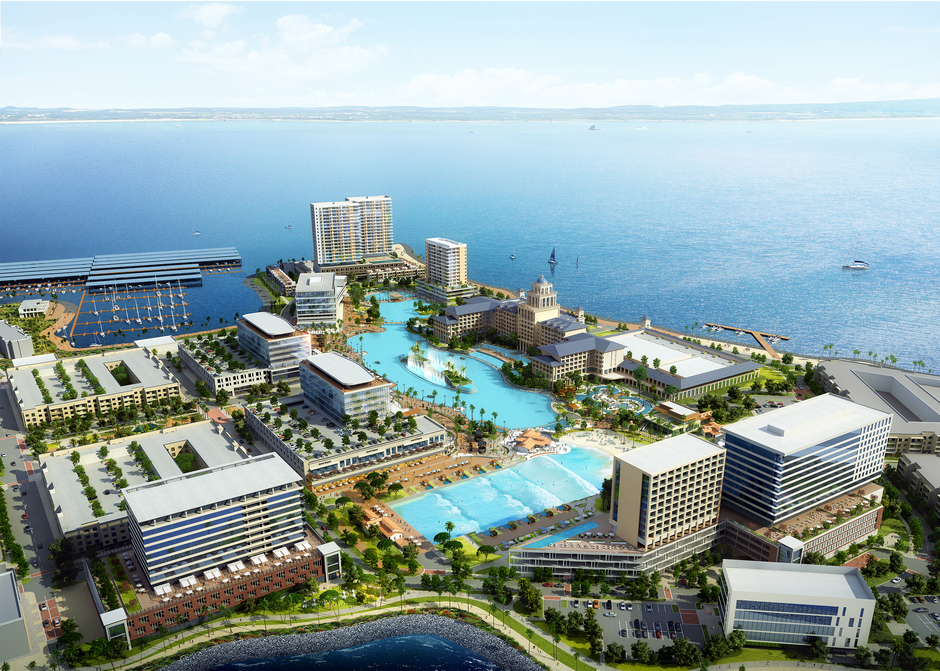 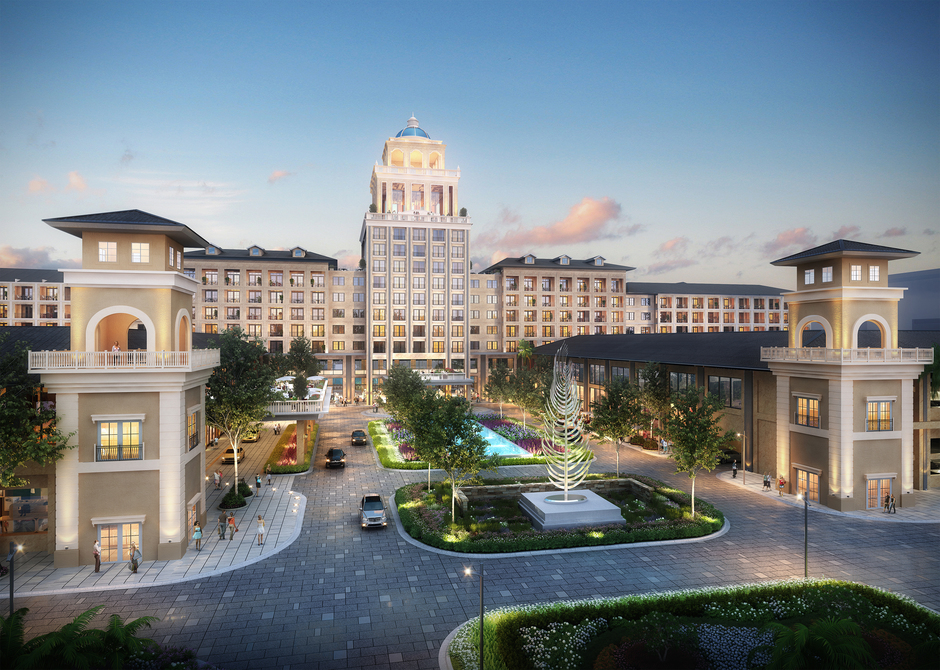 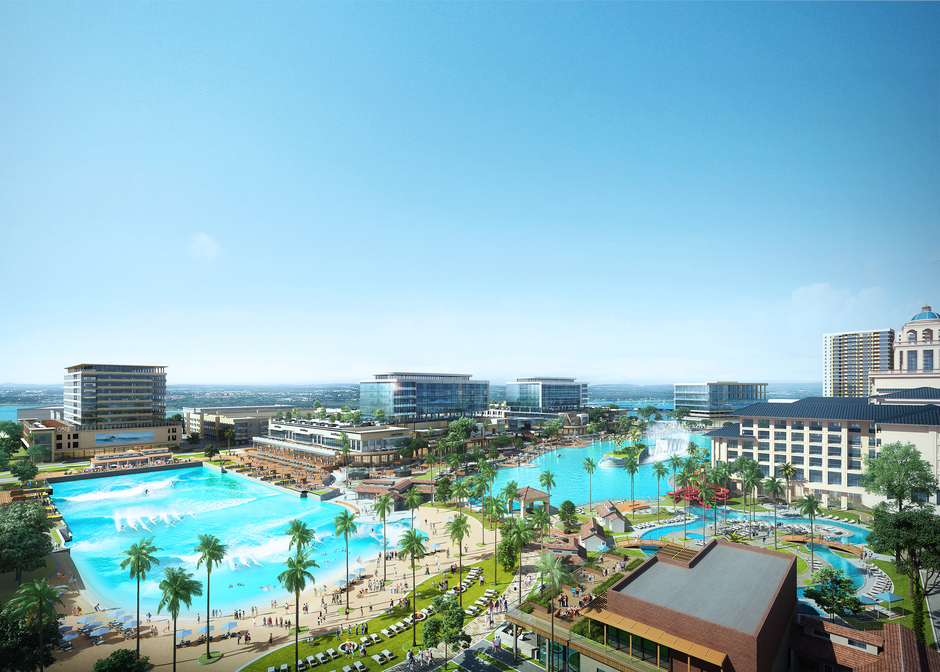 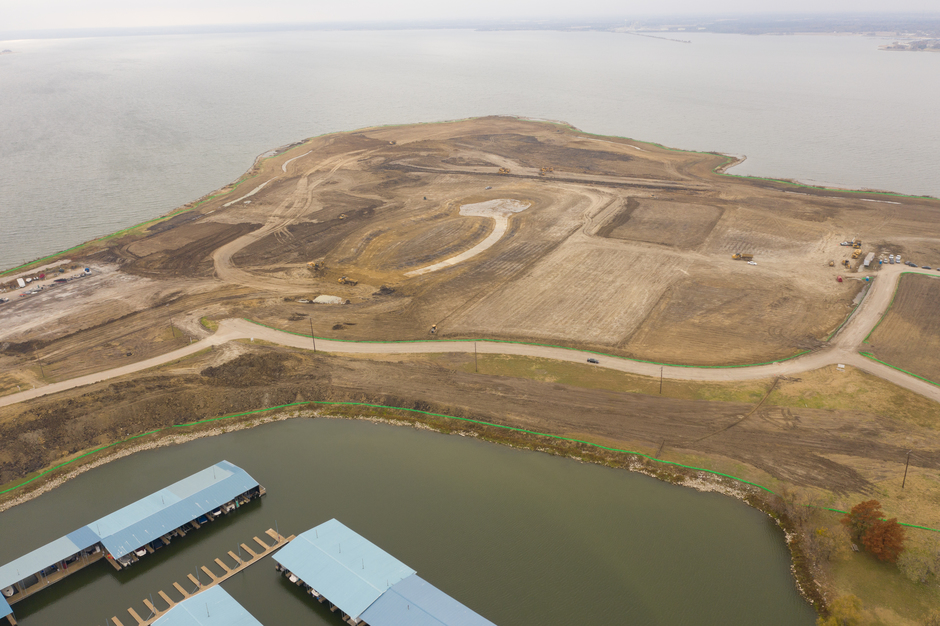 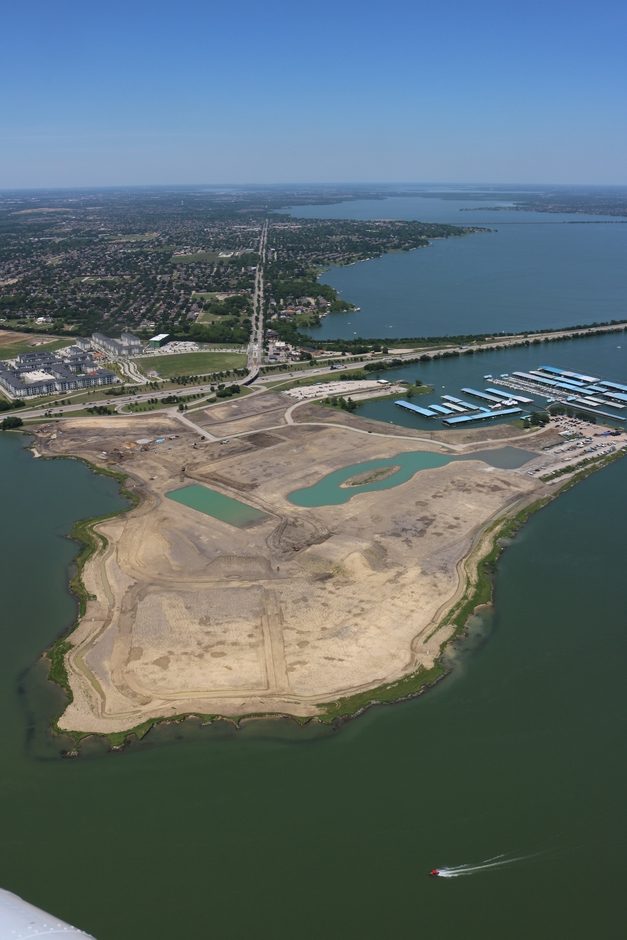 Can The Dallas Suburb Of Rowlett Become An Island-Themed Surf Destination? This In-The-Works, $1 Billion Development Is Looking To Make A Big Splash.

Rowlett residents have been anticipating a man-made lagoon coming to the shores of Lake Ray Hubbard since 2015 — but new close-up renderings of the plans show just how ambitious the $1 billion project really is.

Featuring island entertainment components including a 6.5-acre Crystal Lagoon, a conference center, a world-class marina and a surf-and-beach club, the mixed use development known as Sapphire Bay is trying to put the Dallas suburb on the map as a national destination for conferences and family vacations, as well as a home for businesses and their employees.

This week, the Sapphire Bay Marina Facebook page posted an artistic rendering of what the completed project would look like. These first up-close insights into Sapphire Bay show tall palm trees, people surfing on clear waves, a lazy river and several office towers. From an aerial view, the project looks like a beachside casino resort — but Rowlett Mayor Tammy Dana-Bashian says it’s a one-of-a-kind property and a unique destination Rowlett citizens deserve.

“We have assembled an incredible team that is ready to deliver everything Rowlett is expecting and more – a unique, experimental, water-themed destination that will be a must-see in North Texas,” Kent Donohue, the project’s developer, has said. “The surf and beach lifestyle is what drives this project, and it will fill the resort hotel, office towers, residential units, shops and restaurants with people who want to experience a tropical beach setting in the heart of North Texas.”

In August of 2019, Rowlett City Council formally announced the Sapphire Bay development and its new development partner Sapphire Bay Land Holdings I, LLC, which is comprised of President Marc. S. English and Donohue.

When Donohue first proposed the $1 billion resort-anchored project in 2015, his plans included a man-made lagoon with a filtration system within Lake Ray Hubbard to make it safer to swim. He eventually settled on plans for a Crystal Lagoon, — the fourth in the state.

Not all North Texans are thrilled with the new development. Facebook users have complained that the development will cost the taxpayers hundreds and will worsen traffic. Replying to those concerns, Sapphire Bay representatives note TXDOT’s IH-30 plans, which including widening I-30’s east and west lanes surrounding the resort’s exit and expanding its overpass for pedestrian and cart traffic.

Proponents of the project say Sapphire Bay could add nearly $1 billion in new taxable value, resulting in nearly $165 million added to Rowlett’s budget from property, sales and hotel occupancy taxes over a period of 20 years. They also note the jobs, housing, tourism and business opportunities the development is expected to create. And they’re stoked too about the possibility of holiday-themed light shows.

The first construction phase of Sapphire Bay is currently in the works, and slated to be completed by December 31, 2023.

All photos and renderings courtesy of Sapphire Bay and City of Rowlett.