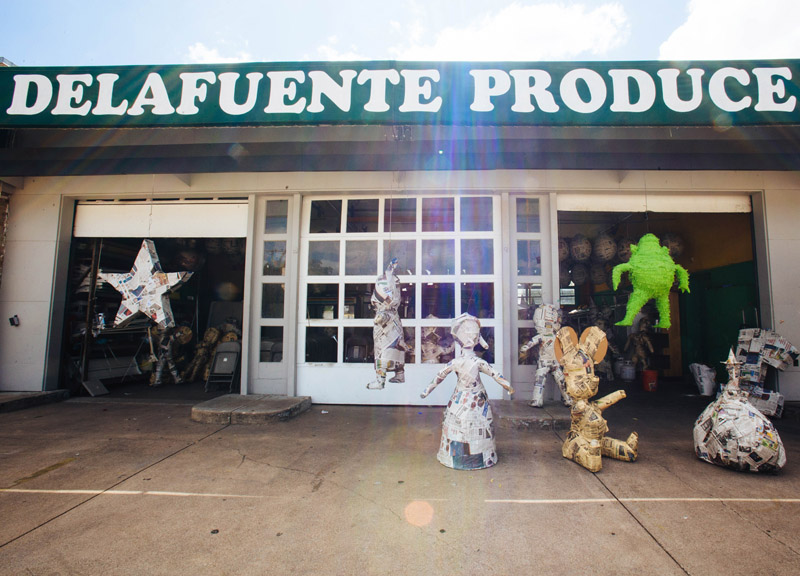 Regardless of your opinions on Donald Trump, you've gotta admit that the man has a knack for keeping himself on the tip of the media's tongue.

For one thing, the press he receives ranges from both negative and positive responses. His supporters, like Tom Brady, love him dearly – and just about as much as his detractors hate him.

Now, businesses are getting their hat in the ring too.

In a no-brainer scenario, Carlos de la Fuente, owner of the Oak Cliff party store ABC Party, recently took a chance on Trump Hysteria. And It's all been working out quite well for him, actually. That's because De la Fuente makes Donald Trump piñatas, which have become something of a hot ticket since the Dallas Morning News reported on them. They've even gotten some national attention.

Maybe Trump referring to Mexicans as rapists and murderers (among other things) had something to do with that. I mean, after hearing that noise, it's tough not to want to take a bat to the dude's face.

That in mind, we recently caught up with de la Fuente to speak with the man behind this Trump piñata concept about his poppin' business, how many Trump piñatas he makes in a day and how he himself feels about The Donald.

strong>Why Donald Trump piñatas? What was your inspiration to start them?
The reason I made it was I saw [a story where] they were making them in Mexico. And since I have the same kind of business, the same kind of shop, I asked my guys to make me some. They've been around for a couple of weeks, but when the story broke out in the Dallas Morning News people started getting interested in it.

What are your views on the rally that took place in Dallas recently?
I really don't have any views on anything Mr. Trump has got to say. I'm here to fill a void, a demand for the product. That's where I stand.

Have you received any negative feedback?
Not at all. Not yet.

I'm assuming you sold a bunch of these on the day of the Trump rally at the AAC?
Well, since the story broke out in the Dallas Morning News, it's just been getting more and more [popular]. With the event that came here [last week], it just increased sales.

How many would you say you make in a day?
Well, actually we have other orders we have to fulfill. Donald Trump just came about six weeks ago. We do other characters — donkeys, bulls, the traditional piñatas. We were really well-prepared for the amount of orders now. We produce up to 10 piñatas of Donald Trump a day.

How long has your business been open now?
We've actually been here 25 years, starting off next door. In 2001, we had the opportunity to use this building.

Do people ask you to create other varieties of the Donald Trump form?
That's what we've been known for, that we are a custom shop. So any event that you're celebrating — regardless of bachelorette parties or costumes for Halloween. But, no, they don't ask for anything different [with Trump]. But I'm open to anything.

How long does one of these take to make?
Actually, they're in stages. You have to let them dry and then apply the decoration, then let them dry again. Then you can put the details on them.

This is a pretty good business to be in these days, huh?
The more Donald talks, the more money I make in sales. As a business owner, I try to stay neutral. Just fulfilling what the customers' needs are. I made a Hillary Clinton last week. I had a customer come and order it. That's exactly what I'm telling people: I'm here to fill a need. 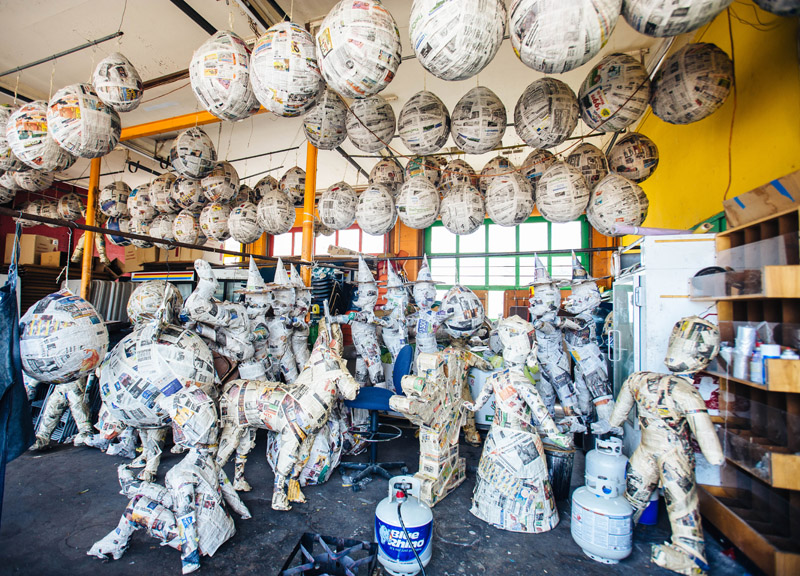 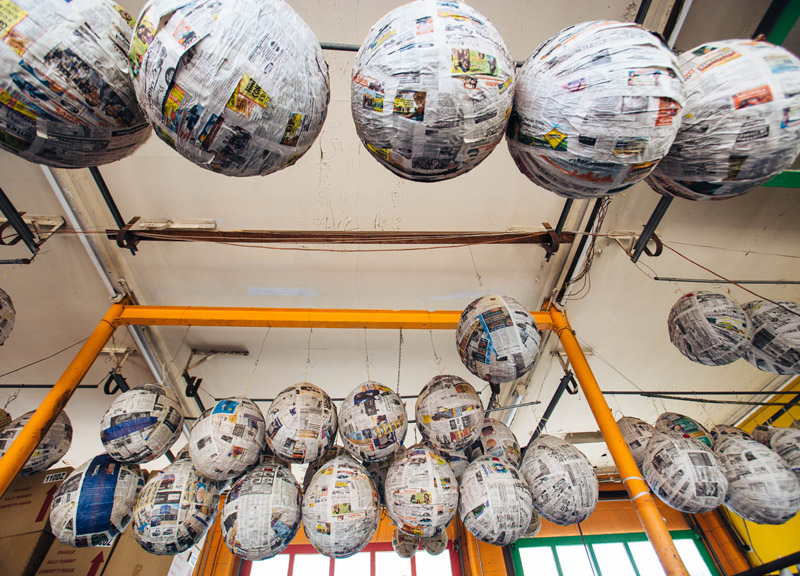 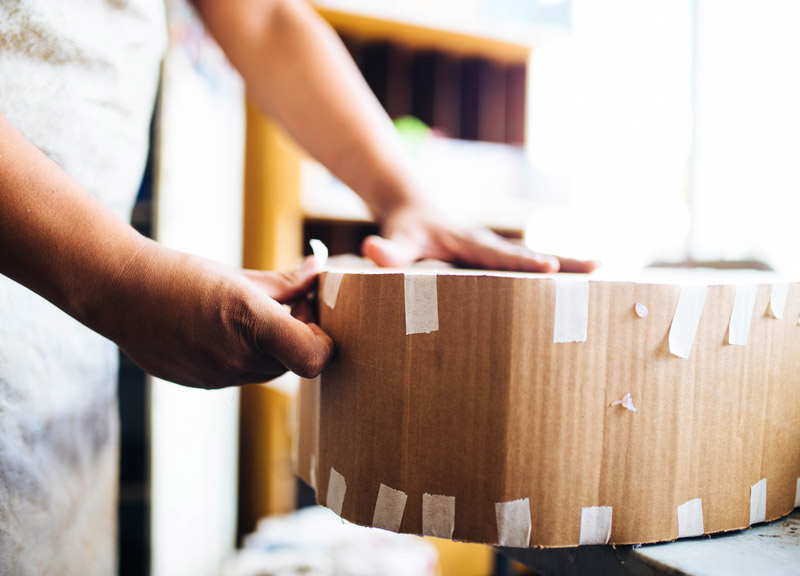 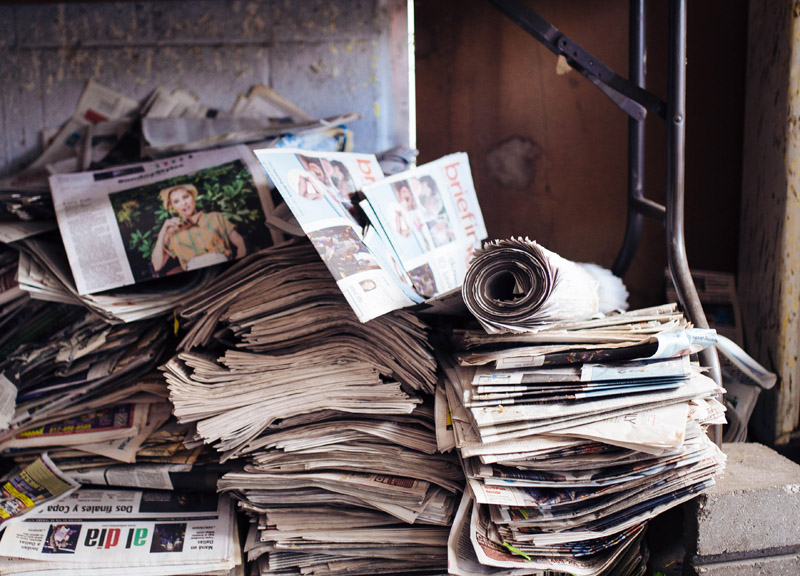 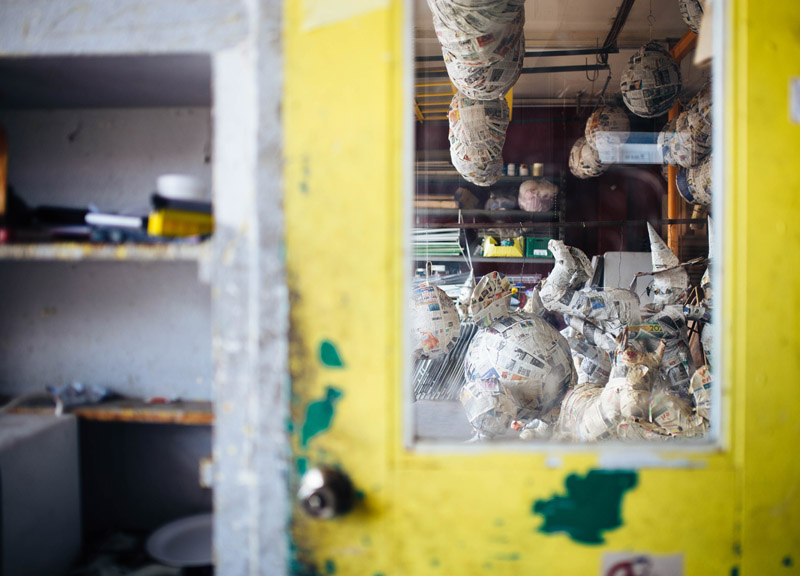 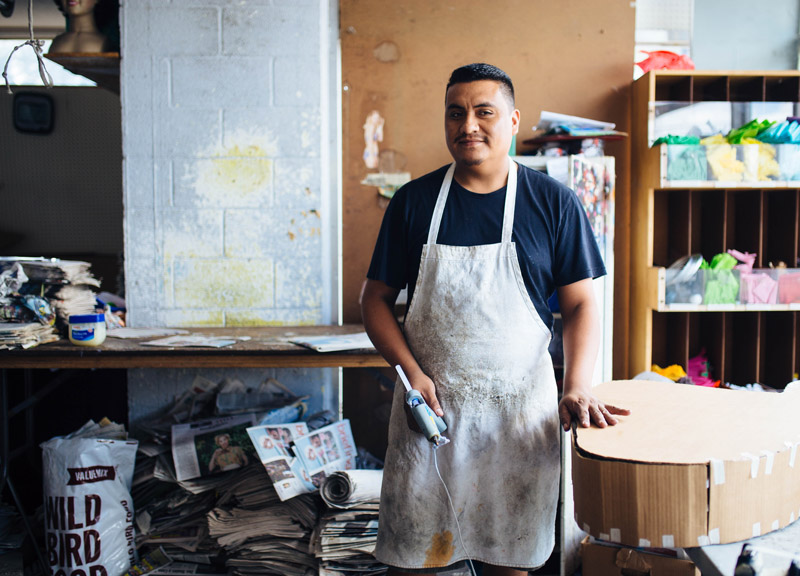 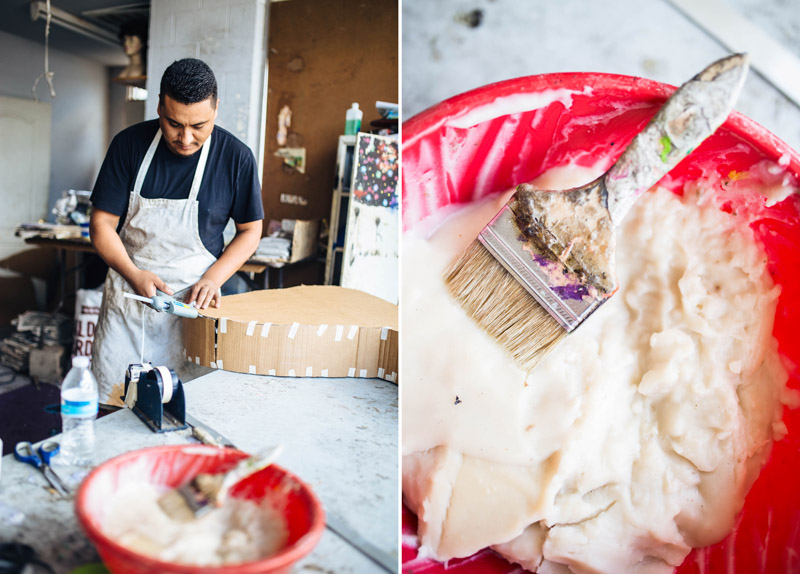 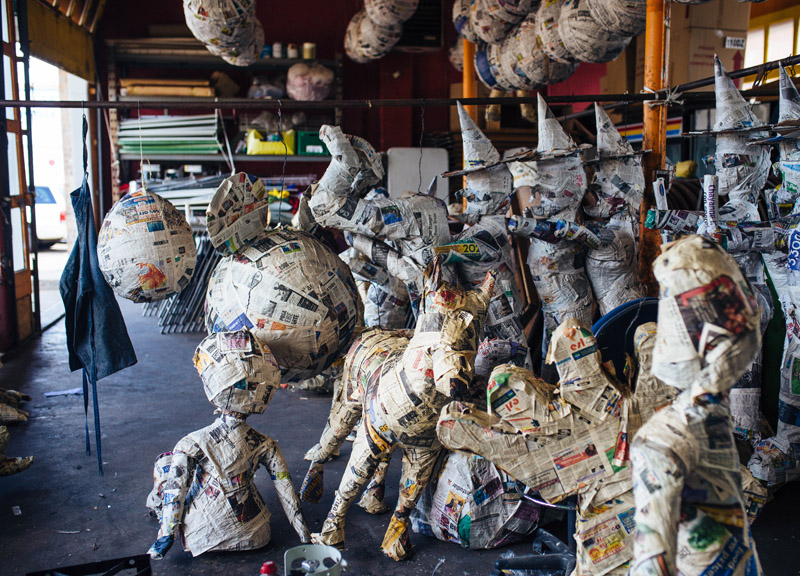 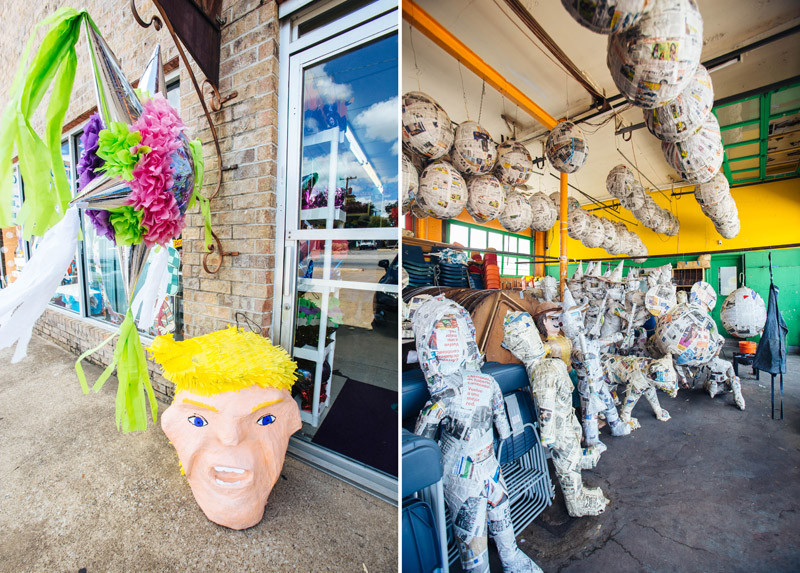 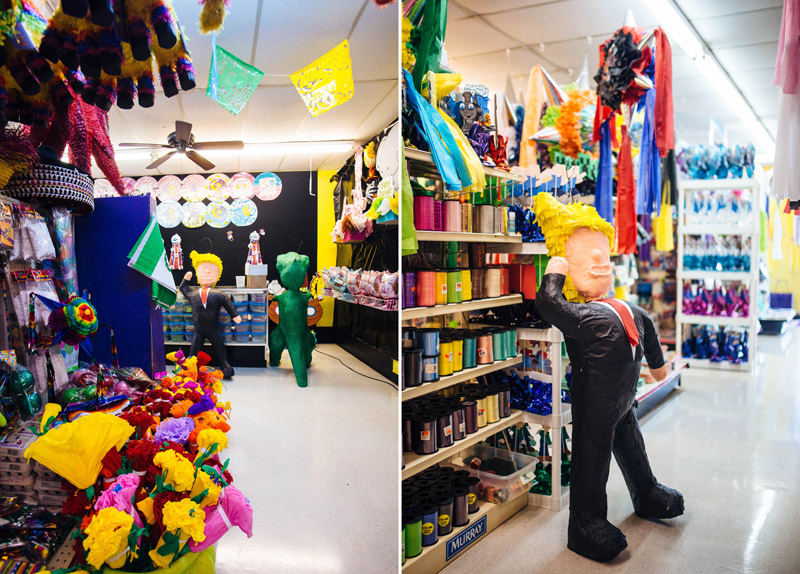 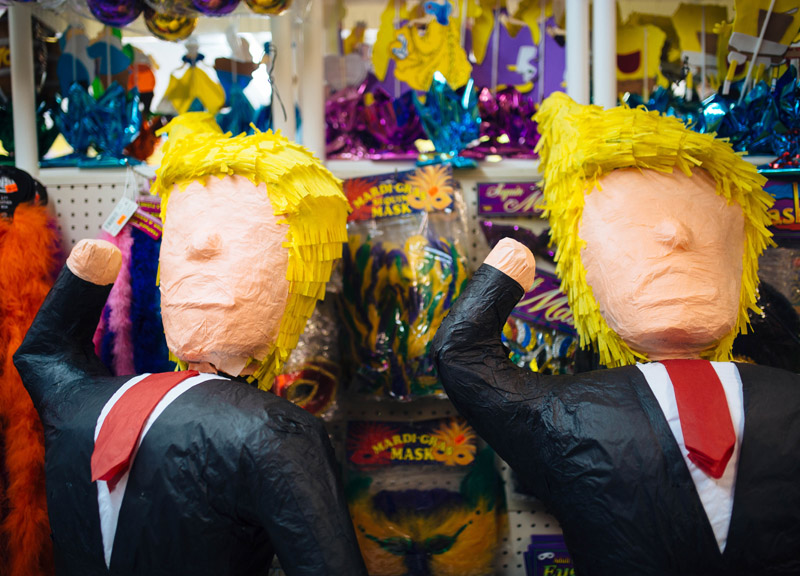 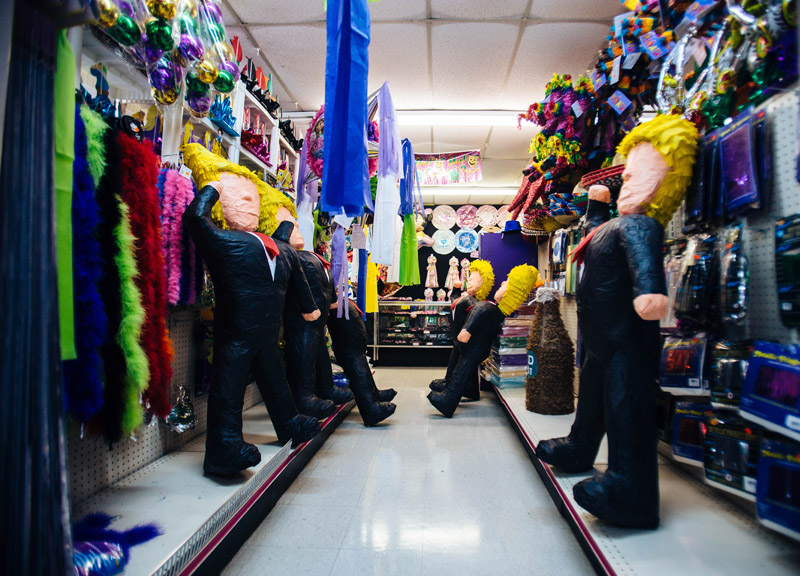 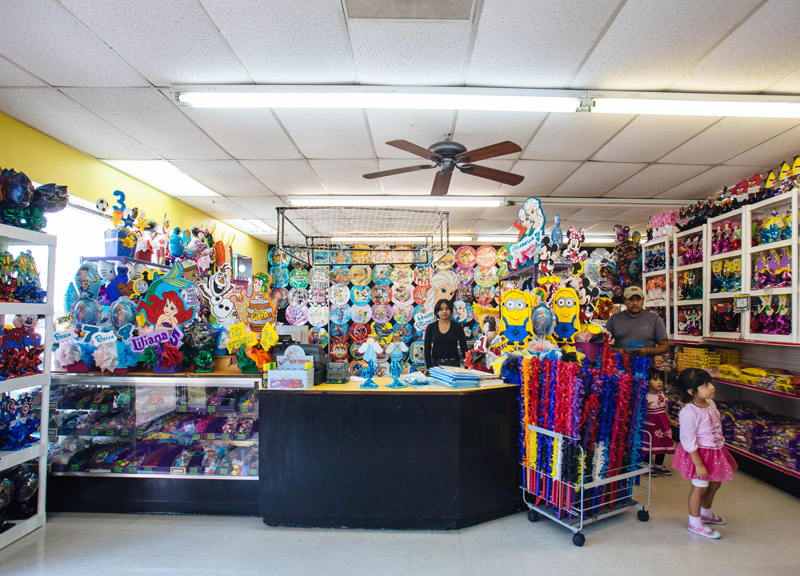 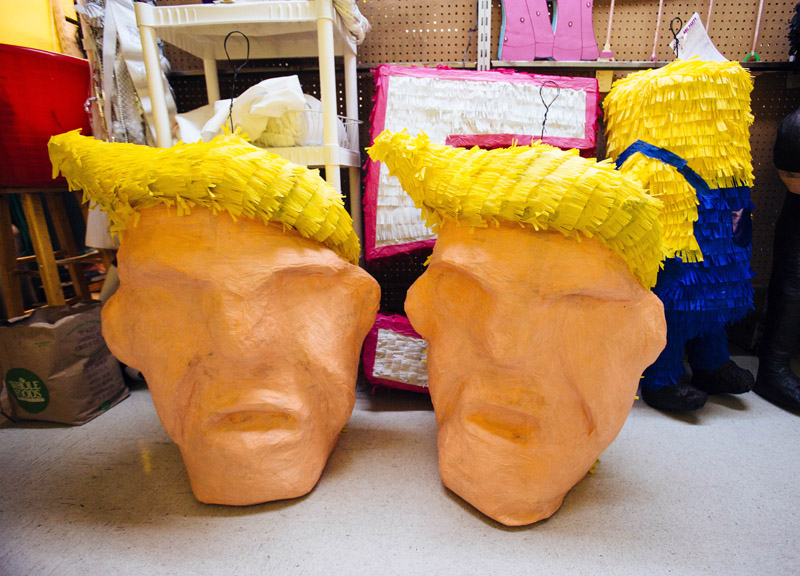 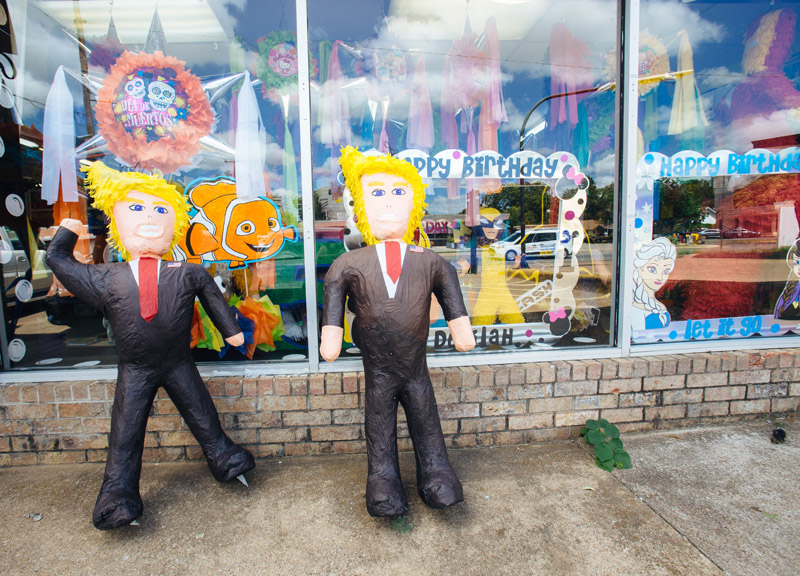 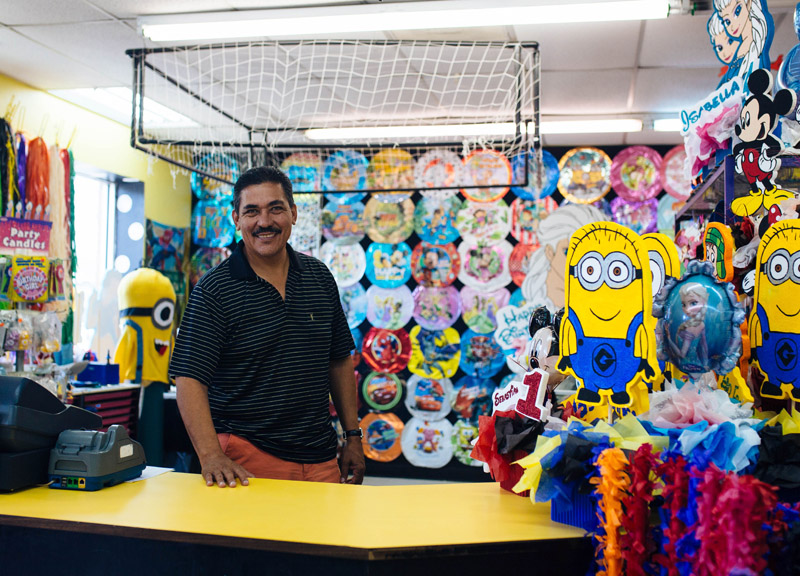 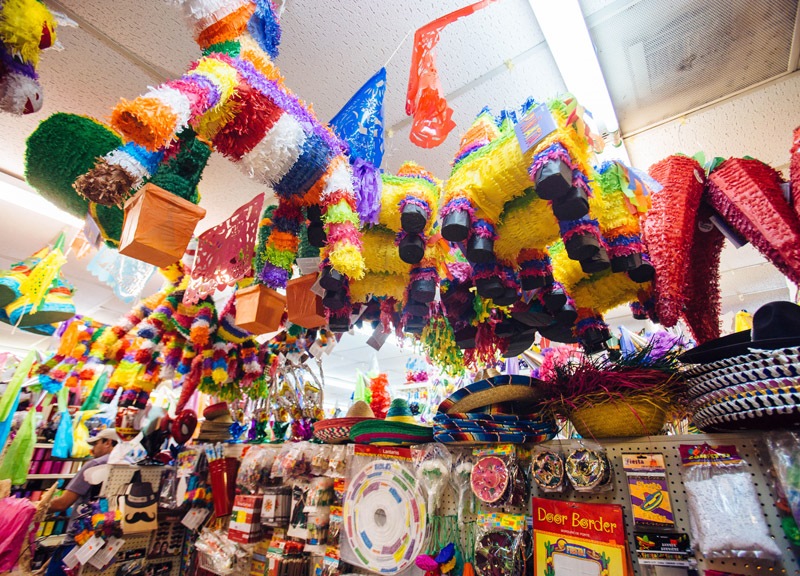