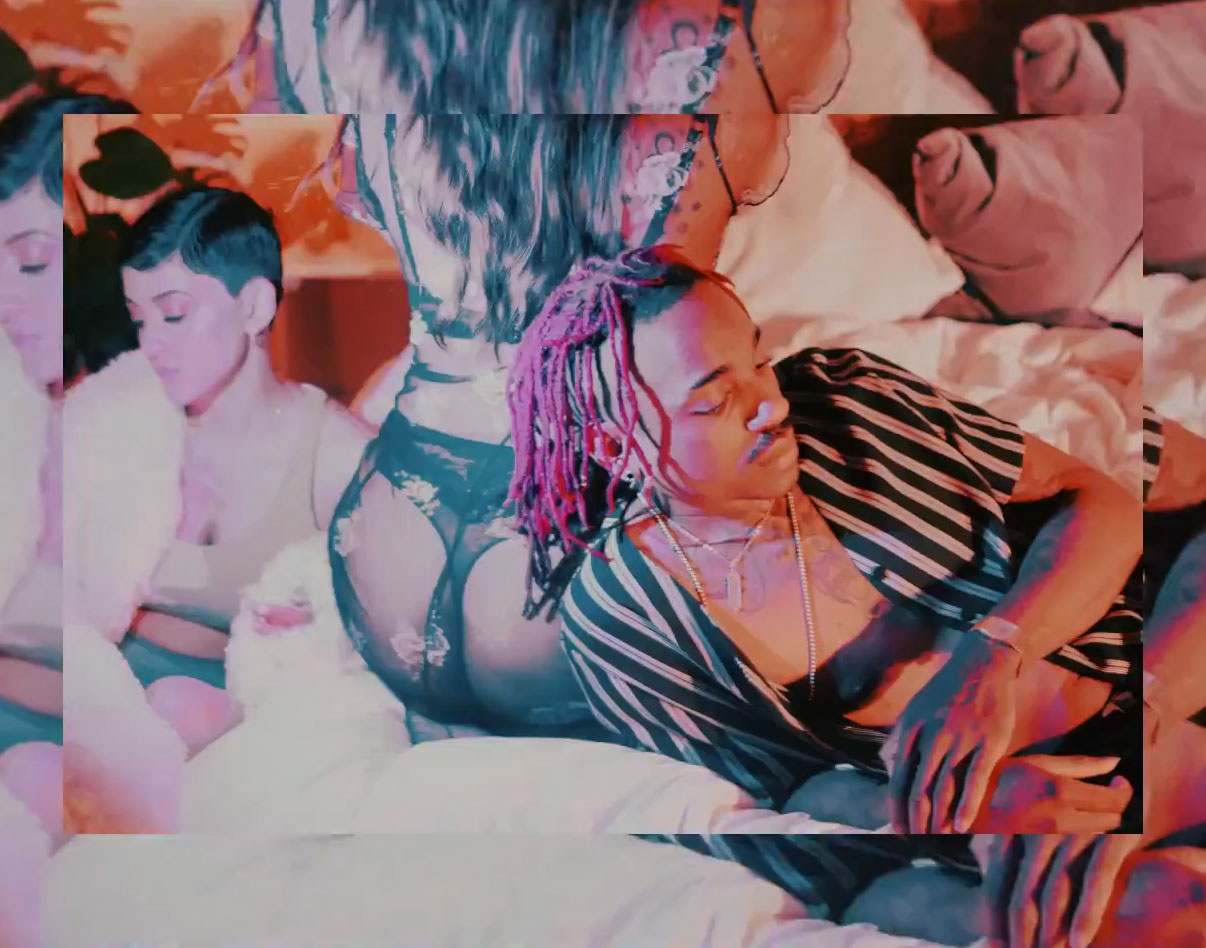 Back when Xes officially dropped his debut Velvet LP earlier this month, we praised the album’s varied sonic aesthetics and the High Standardz rapper’s proclivity for songs built around vibes first and foremost.

“Whether you want things fast or slow,” we wrote, “Xes has your back on this one.”

See what we mean by checking out the album in full below.

Well, now Xes has also got your back if you’re more of a visual person. Here in this space, we’re honored to premiere the music video for Velvet‘s second track, “Group A to Group E (G.A.G.E.).” Shot by Nancy Gonzalez, co-produced by Natasha Cortes and edited by the rapper himself, the video is just as vibe-centric as the song it promotes.

Its hazy nature is particularly intentional too, says Xes.

“‘Group A to Group E’ is completely about dreams versus reality,” he explains. “For most people, there is a disconnect between our desires and our real lives. This video shows that in a light-hearted, non-depressing way.”

See what he means by giving his work a watch below.