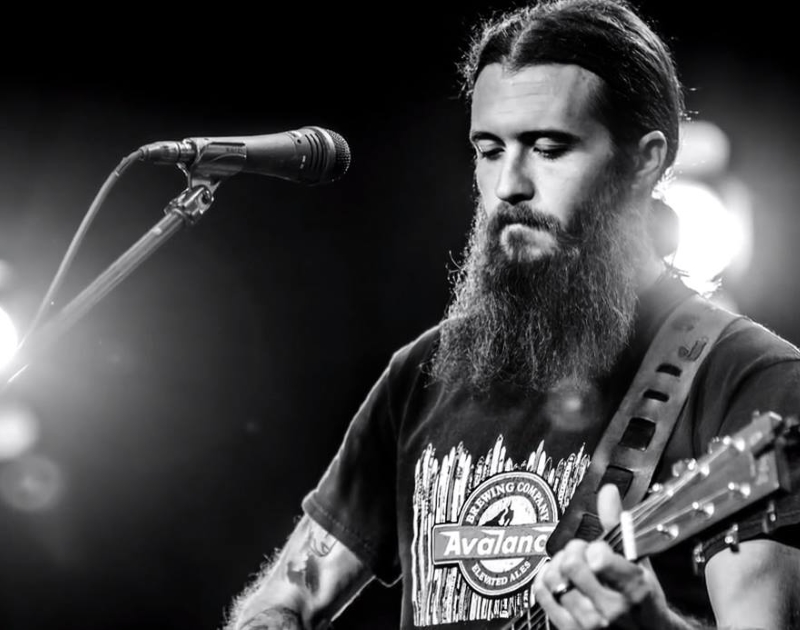 Dead Flowers — Let Me Be
RIYL: When Gary’s got a boner.
What else you should know: Is the album title a nod to The Replacements’ 1984 classic Let It Be? Not sure, but the Deep Ellum staples’ third long player does find it leaning harder than ever into its Replacements obsession. I mean, they do moonlight as a Replacements cover band called Androgynous… so, yeah, probably? An even more fun fact about this record, though, is the fact that it was produced by a teenager, Nash Griggs, who has played in bands like Jack Kerowax and Vegan Shark. It’s even more impressive considering he did it all analog.

Falgoo – “Safe Passage”
RIYL: Dead Flowers.
What else you should know: The debut EP from Collab’s Ashley Falgout shares a lot in common with those Dead Flowers tracks above. For starters, it was recorded at the same Ferralog Studio in Deep Ellum. Also? Dead Flowers frontman Corey Howe produced the thing, and the rest of his band served as backing players. The pair even shared a joint album release show last weekend. Isn’t it nice when everybody gets along?! Hear the rest of this album here.

Cody Jinks – “Whiskey Bent and Hell Bound”
RIYL: All three Hanks and both Georges.
What else you should know: Next weekend, Jinks is releasing a remixed/remastered version of his breakout, no-budget 2010 LP, Less Wise. These days, the classic country revivalist is selling out rooms like The Ryman and our own Verizon Theatre – all while remaining totally independent. That’s rad. Also rad? He goes into the studio to record his next album early next week. In the meantime, we get these re-worked oldies, including this Hank Jr. cover that wasn’t on the original release.

Kelly Clarkson – “Kiss”
RIYL: Watching Pretty Woman in a bubble bath.
What else you should know: America’s original Idol and future The Voice coach recently released a new 14-track LP called Meaning of Life, which debuted at No. 2 on the Billboard 200. Not that it needed any additional promoting necessarily, but she continued to hype the disc this week with this exclusive Prince cover just for Spotify. It’s been called “slinky,” and you bet your ass it is.

Jayson Lyric – “Vibes (feat. BeMyFiasco)”
RIYL: The greatest of all time.
What else you should know: Like he’s done with releases previously, Lyric’s latest album, last month’s Billy Goat, also came out on Friday the 13th. But he’s no heathen. Rather, Lyric insists the record’s more soulful direction – as heard in the summery vibes of the single featured above – come from his churchgoing background. The full LP is available exclusively on iTunes.

Blixaboy – “Cyber Reaktiv – Lone Star.”
RIYL: Having the capability to build the world’s first bionic man.
What else you should know: Next week, Wanz Dover returns with his fifth Blixaboy LP. Two years removed from a health scare — and the subsequent, and acclaimed, ambient Music For Hospitals LP — the multi-genre’d DJ/producer/vocalist is back with another electo-infused collection inspired by the medical industry. More specifically, he says, the songs are “meditations about cybernetic body parts.” The full thing comes out next week, but you can go ahead and stream three tracks over at his bandcamp page now. I’m sure I’ll totally get roasted for saying this, but props to the popularity of Stranger Things for bringing this type of electronic instrumental music back into a more mainstream conscious — at least for my class of fellow charlatans.


Xes – Velvet.
RIYL: Setting standards and living up to them.
What else you should know: Among the ranks of Dallas’ High Standardz collective (Blue the Misfit, Bobby Sessions, Zyah), the man known as Xes is probably the least conventional and most experimental — something we’ve known for a while now, actually. But after years of dropping loosies, we finally get a full look at this hush-toned artist’s vision in the form of his long-coming debut Velvet LP. As expected, it’s a wide-ranging project, but one that oozes potential on multiple fronts. Whether you want things fast or slow, Xes has your back on this one — and keeps things vibe-filled throughout.