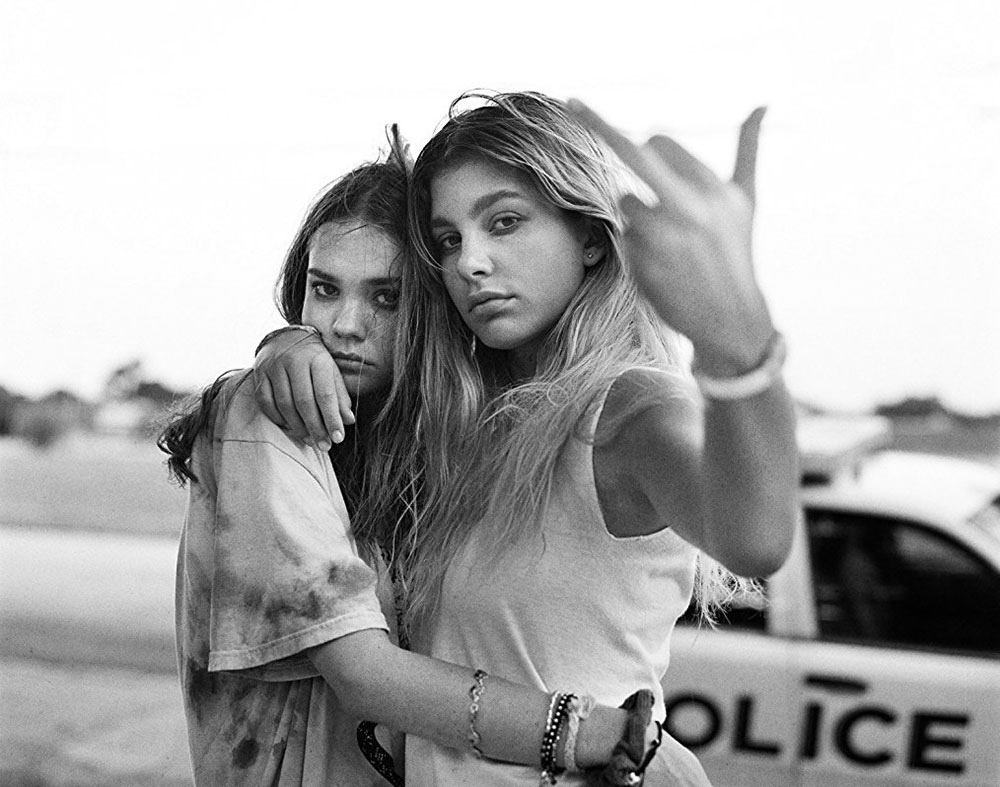 The Never Goin’ Back Soundtrack
RIYL: Teen dramedy.
What else you should know: The directorial debut of Garland-based filmmaker Augustine Frizzell is in theaters in select cities starting today and expanding to more — including Dallas, where the film is set and was shot — next week. As we’ve been expecting since the movie’s first trailer dropped, the film’s soundtrack is also a local affair, featuring songs new and old from -topic, Daniel Hart, Frizzel’s daughter Atheena, Kendal Smith and more. But the heavy lifting is done by Sarah Jaffe, who contributes several originals to the bunch. Says Frizzel: “I love the music so much. Everyone who’s seen it is just raving about the music. That’s a big part of my process. During the writing process I listen to songs on repeat while I’m writing scenes. So I knew I wanted every scene to have a certain feel.”

Francine Thirteen – “Communion”
RIYL: Talking about sex, baby.
What else you should know: From the beginning, characters, stories and themes have been an integral part of Francine Thirteen’s projects. Each of her uniquely interesting electronic-ish projects is wholly meant to be digested as entire packages. So this new single should really be thought of more like a movie preview, whetting your appetite for the rest of the picture. “This song is inspired by my own fascination with the concept of sex as sacrament,” she recently told KEXP. “Whereas my previous EP, Lust Heals, Give Me My Sin Again, was a call to embrace the shadow self, this song and the forthcoming project is a call to act upon the shadow self. ‘Communion’ explores the healing properties of pleasure without inhibition.” Into it.

Maxband – “Means to an End”
RIYL: Parkay Quarts.
What else you should know: This poor-man’s Parquet Courts is comprised of that band’s drummer, Max Savage on vocals, A Beacon Smith’s Patrick Smith on bass, Bob Dylan Deathwatch’s Eric Read on drums and Architectural Digest’s Tim Nelson on guitar. Their debut record, Perfect Strangers, is out August 24. Per a press release from the band: “They recorded some songs at their practice space using a combination of 4-track tape machine and a handheld Tascam. While recording, they learned that their practice space would close in a matter of weeks, which pushed the group to rapidly churn out the songs that became the Perfect Strangers tape.”

Ron Bultongez – “Learning to Love”
RIYL: Going to Hollywood!
What else you should know: The 22-year-old Congo refugee moved to Plano as a kid, was a star quarterback in high school and then competed on the most recent season of American Idol as a grown ass man. All of which is to say that Katy Perry loves him. More important: With his Idol obligations and legalities recently wrapped up, he’s now free to release his sophomore EP, Learning to Love. That’s the title single up there.

Shraban – “One Too Many Times”
RIYL: To smoke.
What else you should know: From this newcomer’s ‘gram — where he’s a cool seven-for-seven at photos featuring himself smoking weed – we’ve gleaned that the young-looking vocalist guy is originally from Montreal, but now lives in Dallas. He also really likes smoking! But, most interesting, he makes instantly catchy, laid-back tunes. Hear them live at his August 24 show at The Green Elephant.

Jarvis Hodges — Running With Trouble EP
RIYL: Making it out.
What else you should know: The young Mr. Hodges’ latest EP, he says, is inspired by not only his troubles, but by all the kids in the “projects, hoods and suburbs” running from their troubles, hoping to make it past 25. Per Twitter, he’s got something else coming out next week too, and a music video for RWT opening track “No Risk No Reward” currently being edited.

Todd Pipes – “Come Out Fighting”
RIYL: A certain 1961 Audrey Hepburn film.
What else you should know: Pipes, of Deep Blue Something fame, has a new EP dropping on Idol Records — one of many labels here in town, we’ve discovered — today. It’s called Mainsail to Skyking, which is a reference to the Department of Defense’s Strategic Air Command and their coded broadcast transmissions. Pipes played every instrument on the album – minus drums, which were done by Calhoun’s Josh Hoover. He also engineered and mixed the sucker.

G.U.N. – “Personal” (feat. Emotional Xan)
RIYL: Paybacks.
What else you should know: The pair first teamed up for Xan’s “Break Shit,” and now the Xanax enthusiast returns the favor by featuring on G.U.N.’s new one. He pops up a lot these days! Here’s the Teenage Antichrist opening up last night’s Seshollowaterboyz show at The Bomb Factory. Seems like the kids are really into it.

Sarra – “Kerosene”
RIYL: Texting “Idol” to 21523.
What else you should know: Like Bultongez from earlier in this post, the now-singularly-named Sarra also once competed on Idol. That, of course, was back when Steven Tyler was still one of the judges, and the singer still went by two names: Sarah Sellers. She’s got a debut album coming out later this year, from which comes this first single. Of its inspiration, she recently told Celebmix: “‘Till Death Do Us Part’ is always a simple concept when you first fall in love and start planning your life together. Holding true to that when you’re deep in the trenches of a broken marriage I think defines who makes it out together or apart. When I wrote ‘Kerosene’ I was grappling with that idea of, ‘I’ll love you forever’ then when shit starts to go bad how quickly that love can turn to ‘I want to see you burn.’” Oh, pyromania!

FXXXXY – “Need U (feat. Gunna)”
RIYL: Breaking out.
What else you should know: The Dallas rapper was somewhat quiet for the past year after dropping a well-received EP at the beginning of 2017. But that apparently was due to the fact that he was writing and cooking up his major label debut. He’s now signed to Rule #1 and Interscope Records, and he released his first single under those banners today. It’s a real heartbreak anthem, produced by the rapper himself, and it maintains the quality that earned him nods like being named one of Okayplayer’s breakout artists to watch earlier this year.

Tennessee Jet — “Waymore’s Blues (feat. Cody Jinks)”
RIYL: Ol’ Waylon.
What else you should know: Covers are always more fun when they totally flip the original on its head. Here an old Waylon Jennings tune gets a hard-edged roughing up from Nashville-based one-man band Tennessee Jet. Before you note that Nashville isn’t local, know that we’re including the song here because it includes guest vocals from Fort Worth’s Cody Jinks, and it was co-produced by Texas Gents Beau Bedford and Jason Burt.