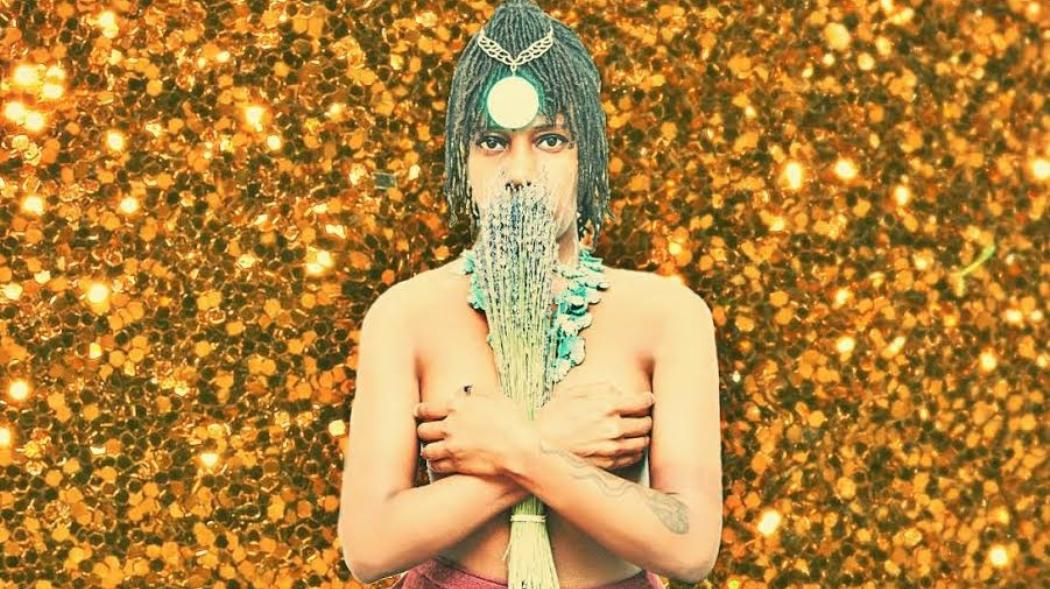 Exclusive Premiere: Check Out The New Single From Francine Thirteen.

About a year ago, theater student Francine Thirteen moved back to her hometown of Dallas, following a few-year-stint spent living in Austin. It was around this same time that she began work on her current project, an eight-song, concept EP told from the perspective of four new characters she’s meticulously crafted.

Each named Mary, these four women each see the world from vastly different viewpoints — the whore, the mother, the sister and the queen/wife — over the set of minimalist electronic beats that demand one’s full attention. Allegorizing the manner in which women shape and interact with society is the type of deeper territory that’s only made all the more compelling by Francine Thirteen’s delivery. This is music that, in many regards, is just way too interesting to dance to.

The above are just a few reasons we’re stoked to premiere the track sung by the fourth of these Marys, the sister character, today. Take a listen to “Sister Mary, Ther Air and Capture” below, then stick around for our Q&A with Francine Thirteen in which she really dives into the meat of these characters and how she brings each one to life in her theatrical live sets.

Tell me a little more about Four Marys and the King.
I call it a dystopian album. It is told through the eyes of four female characters. It really explores the use of archetypes, and the power of archetypes to tell a story and provoke thought.

How do the four characters differ from on another?
They each represent the four elements in nature, that’s one difference. For instance, Lady Mary is the fire, Queen Mary is the water, Mother Mary is the earth and Sister Mary is the air. Each character is uniquely equipped to change their current condition or present situation within the particular system they live in.

Since Sister Mary is the subject of this particular song, tell me a little more about her.
Sister Mary is the element of air. She really represents the force of ideas, the power to really dismantle a particular system using one’s own mind. She’s uses the power of the mind, of the mental. She’s always ahead of the game. I like to say that she’s, in many ways, she’s a lot further ahead, and a lot more intellectual than the other Marys. She’s ahead of the game, because she’s figured it all out. She’s the sister of the king in the story.

All four of these tracks tell a singular story, though?
Yes. They all have a different relationship with the king. Lady Mary would be the king’s mistress. Queen Mary is the king’s wife. Sister Mary is his sister, Mother Mary is his mother, obviously. Each woman enslaved by the king, but each woman also has the unique ability to manipulate the king because of her relationship with him. Lady Mary is the classic sacred whore character. She’s able to use her feminine wiles to maneuver at court. Mother Mary has a great maternal force that she’s able to manipulate and use. It’s really about the self and the shadow self, as well.

Most women will likely inhabit each of these roles at different points in her life. Is there a deeper metaphor in there about the way society treats women and the way, in turn, that women are able to manipulate society?
It’s complicated to describe, because it’s an art form. There’s a difference between femininity and female normative performance. Often what we see on the surface is performance, but it really takes a woman who’s tapped in to understand what femininity is and what feminine power is. Absolutely, it is a metaphor. It’s a metaphor for female relationships with nature, and female relationships with society in general.

You mentioned your theater background, how does that influence your material?
I was a student at Booker T. Washington High School here in Downtown. I was a theater student. Theater actually plays a prominent role in terms of character development and performance. It’s pretty essential to the work.

I imagine, since you’ve been performing these songs live, it’s played a pretty important role there, too.
Yes. I like to approach the stage as the different Marys. Sometimes I come as Mother Mary. I’ve played her character the most so far. Sometimes I like to play Lady Mary or Sister Mary. I’m really expanding the live set this fall to add more people onstage. There will be more action, more movement.