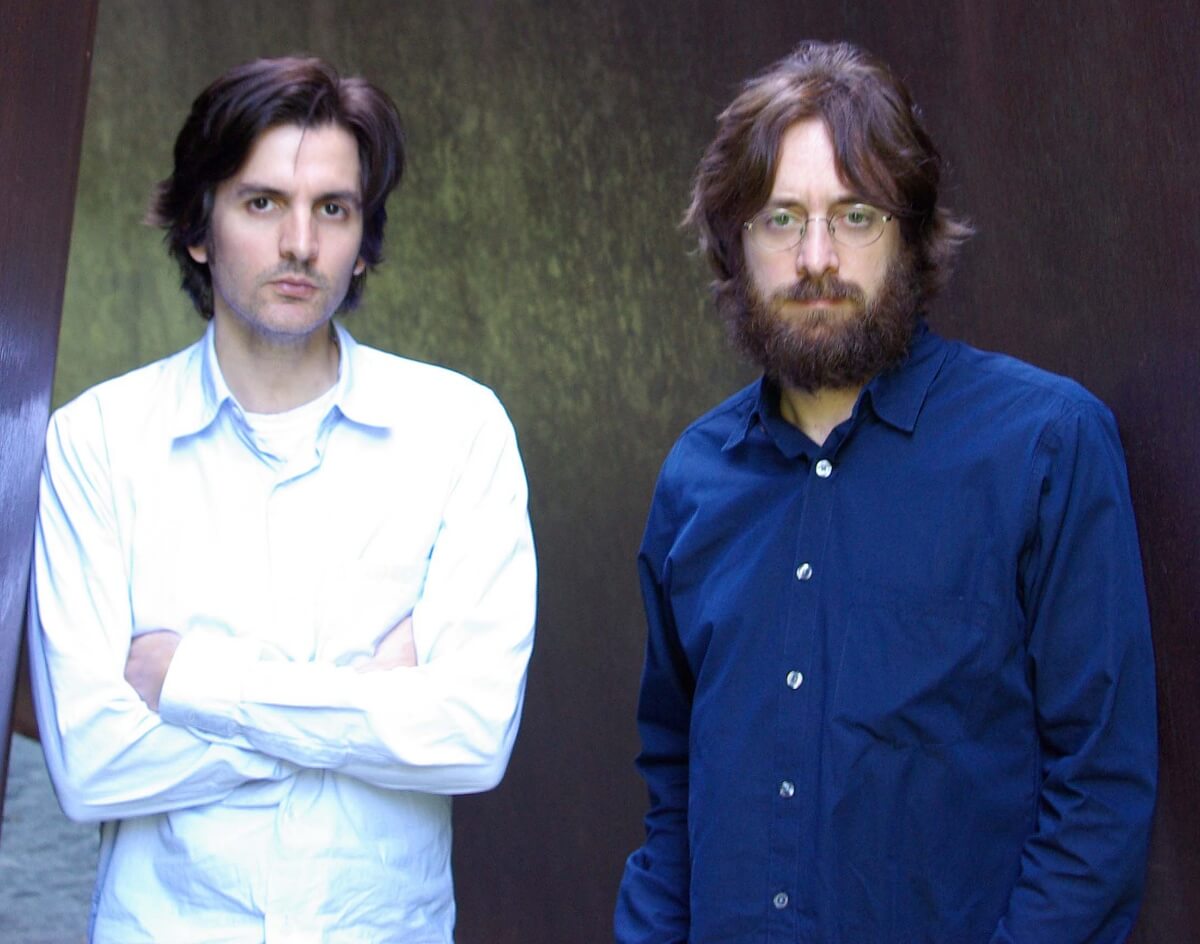 The New Year – “Recent History”
RIYL: Brotherly love.
What else you should know: The brothers Kadane are releasing their first New Year record in nine years on April 28. Per the press release hyping this gem: “If you remember Bedhead, you’ll get it. If you were smart enough to follow the Kadanes to the New Year, you’ll get it even more. If you’ve never heard either band, well… it’s not too late to discover one of the best bands to ever pick up guitars and quietly build an impressive, monumentally intimate career out of a few chords, lots of space and an innate sense of what makes a song work.” Get it?

Ty Richards — Zillion.
RIYL: The future of rock.
What else you should know: The album’s lead single, “Spaceman,” was No. 2 on our annual countdown of the year’s best locally-tied songs in 2016. And now that the full album is finally out, well, it truly lives up to the hype. And judging from videos we’ve seen online, the backing band he’s assembled pulls the songs off quite capably in live settings, too. That’s a good thing, because Richards has a release show for Zillion tonight at Three Links.

Power Trip – “Nightmare Logic”
RIYL: Pinch harmonics.
What else you should know: As we’ve mentioned in a previous Songs of the Week column, Power Trip’s “continues chugging away at the crossroads of thrash and hardcore” on its sophomore record, which comes out February 24. That’s true here on this third advance single, the title track, which finds the heavy outfit leaning ever so slightly away from its “Exodus-meets-Cro-Mags” sound and vaguely more towards a Phil-Anselmo-fronts-an-early-Metallica vibe.

Star Music – “I’m From Texas (feat. Lil’ Flip)”
RIYL: Being a native.
What else you should know: Star Music links up with the recently-off-tour-with-Joe-Budden Lil’ Flip, locking longhorns in a friendly contest to see who can be most prideful of their home state. Whether you’re a native, you’re the “King of the South” or you just got here as fast as you could, it’ll have you puffing out your Lone Star chest.

Danny Diamonds – “make it EASY”
RIYL: Grabbing your partner’s hand for couples skate.
What else you should know: Like last year’s JV, Daniel Folmer recorded his upcoming Fruitvale Fire LP at Tiny Telephone with John Vanderslice. Timed well, just before Valentine’s Day, this sweet love song plays like an ode to his upcoming nuptials to fellow musician Stormy Durant. But, for real, not to get all relationship counselor-y, but you’ll know your S.O. is the one you’re supposed to stick with for the long haul when they truly do make your life easier on every front.

Whiskey Folk Ramblers – “Goin’ Back to Clarksdale ( feat. Jenna Clark )”
RIYL: Going down to the crossroads.
What else you should know: As I qualified last time a Whiskey Folk song appeared in this column, I did used to be in this band for a long time. But I feel like I can more objectively comment this time around, mostly because I had never heard this song before it was posted on the web yesterday. I really, really do dig it. It’s just a simple, really pretty song with lots of restraint, which tells me they’ve done some growing since I left. And the lady harmonies (a first in the band’s history, from what I recall) by the super talented Jenna Clark puts it over the top.

Lord Byron — “Post to Be”
RIYL: Things that are the way they are supposed to be.
What else you should know: Lord Byron’s name is one that comes up a lot around Valentine’s Day, as his love poems are among the most famous of all time. Like 1813’s She Walks in Beauty, which begins, “She walks in beauty, like the night / Of cloudless climes and starry skies / And all that’s best of dark and bright / Meet in her aspect and her eyes.” Beautiful! Recite that to your sweetheart at some point next Tuesday and you’re golden. Meanwhile, this Byron’s got a new album coming out soon called WE KILL COWBOYS, SO DEATH RIDES A HORSE. This is the first single. It’s pretty romantic, too.

Acid Carousel — Higher Than The Beatles
RIYL: Getting stoned with your old man.
What else you should know: They’re not bigger than Jesus, but they are higher than the originators of that quote, which is, well, something! Although perhaps not as fully focused as Foxygen’s latest record, Acid Carousel is a whole lot trippier. And, of the two, they’re certainly the ones your 4:20-friendly dad would be most keen on.

Pyrex Pirates – “Basshead”
RIYL: Getting turnt.
What else you should know: The Oak Cliff hip-hop trio is mostly known for its high energy/punk rock-esque live shows where they get all hype and backflip around and mosh and headbang and stage-dive and shit. But they also bring it in the studio, too, where they carve out a lane all their own, coming across here as a grimier, semi-frightening Astronautalis x3.

The Whistles & The Bells — “Harry Potter”
RIYL: The boy who lived.
What else you should know: This pop rock with a banjo will appeal to a wide cross section of music fans. The Fort Worth native did a couple co-writes with Brendan Benson on his upcoming Modern Plagues LP, not including the above single, which makes the case that it’s cool to like Harry Potter no matter how old you are. The players on the record are a who’s who of Nashville cats – his current hometown – who’ll join him on his upcoming tour. It’ll bring him back to the Fort — more specifically to Shipping and Receiving — on March 18.

Carlyle x Avae – “How We Do.”
RIYL: Lights All Night.
What else you should know: Before playing the South Side Ballroom this weekend, house producer Colton Carlyle and a fellow Dallasite named Avae teamed up for this banger. Do the kids still say banger these days? It’s been awhile since I’ve held a glowstick. OK, I’ve never held a glow stick.

FXXXXY – “Lip Service 6.”
RIYL: The alphabet.
What else you should know: FXXXXY has already been cosigned by folks like Earl Sweatshirt and Pigeons and Planes, the latter of which premiered this new single. Months after releasing his well-received Cartel Shawty project, he’s already back with a Flawed Up Shawty follow-up due out in March that Pigeons and Planes says showcases both tremendous range and growth. We agree!