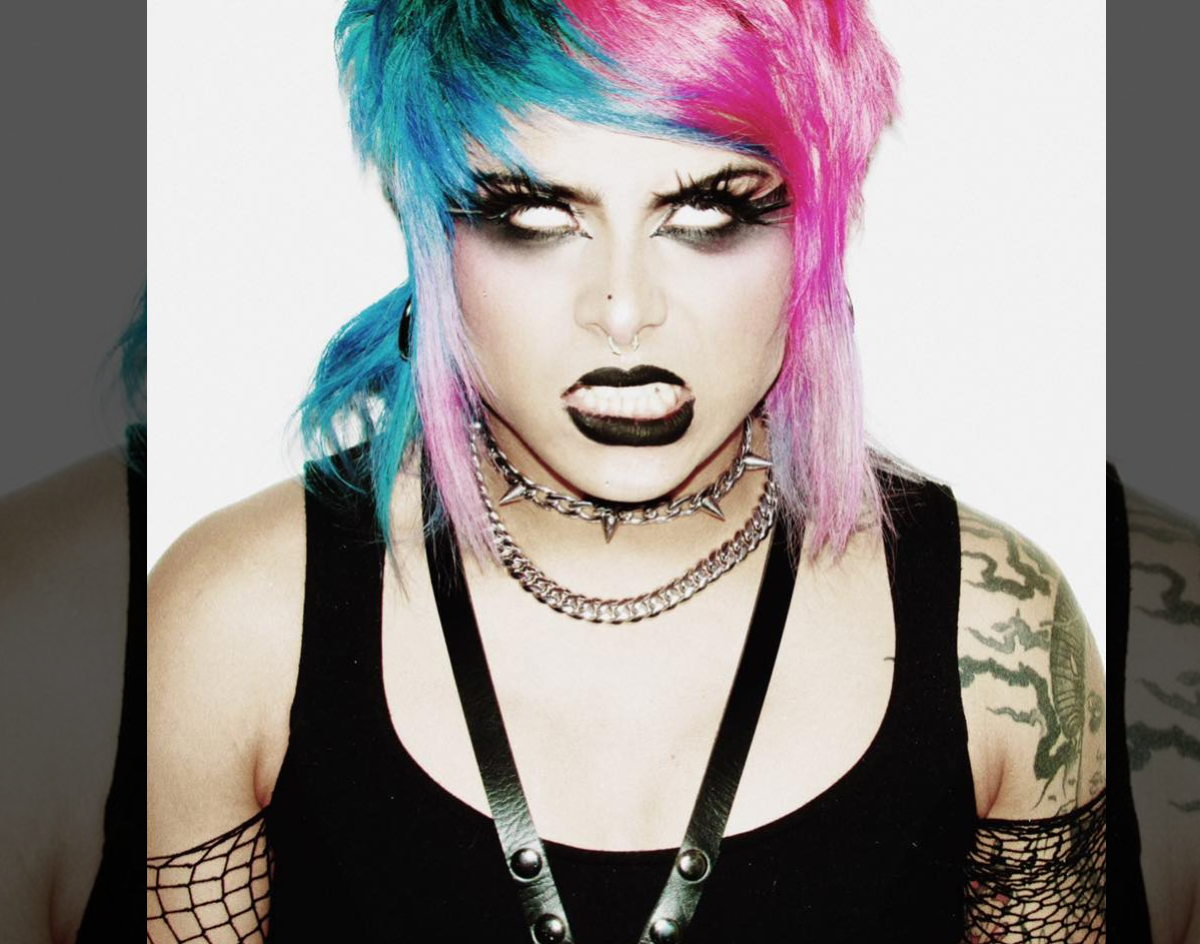 Check Out New Ones From Lil Reign Drop, Xavi Bernazard, The Polarity, The Infinite Cosmos And Zeke Forever.

Lil Reign Drop – “I Don’t Know Where This Is Going”
RIYL: call them up
What else you should know: This latest track by Lil Reign Drop, Dallas’ one and only “punk rock diva,” is the emo track you’ll need for when things are not OK. Have you been calling up your ex recently? Is it time to patch things and try again? Fuck a sad girl summer, let’s do better. In this very convincing track, Lil Reign Drop pleads for a second chance with lyrics such as, “If I could then trust that I’d do better/And if you stay then we could last forever” and “What’s the point of never knowing/’Cause I need you more than just the beat of your heart.” The pain in their voice and the misery-turn-frustration in the music video hits deep and got us reflecting on the past. Don’t waste time wondering where this is going, get some closure or a do-over. You might have heard that emo is back and thriving, so consider adding Lil Reign Drop to your emo summer playlists for when you’re getting ready for Emo Nite Dallas or on your way to Shot Topic. We will. — Stephanie Salas-Vega

Xavi Bernazard — “Enemy”
RIYL: fighting your demons
What else you should know: Yo, what a music video. Xavi Bernazard, non-binary Latinx punk rocker, takes inspiration from early 2000s emo/punk bands like Paramore, My Chemical Romance and Evanescence and adds their touch of what they call “theatrical queer punk.” As you can see from the music video, Bernazard is not just an artist but an entertainer. “Enemy” is passionate and dramatic, much like that of Evanescence, and this music video is a must-watch the way the storyline goes from zero to 100 real quick. In this track, Bernazard realizes they are their own enemy, having been hard on themselves for so long, but it’s time to drown the demons. Tell them to shut the fuck up — but first, let’s be dramatic. Que the lights! — SSV

The Polarity — “Life Uber For Ugly”
RIYL: wearing out your favorite tapes
What else you should know: After 2020’s Gutterball, this pop rock band is coming out with some more material, and it begins with this single and it’s high-production music video. The Polarity describes its stuff as “sad songs with happy sounds” and that definitely tracks with “Life Uber For Ugly.” It’s got a catchy, upbeat vibe akin to The Killers or Jimmy Eat World, but tells the story of an antsy ending of a relationship.  — Frances Tingle

The Infinite Cosmos — “Ill tell you later”
RIYL: wavy psychedelia
What else you should know: We like psychedelic guitar riffs so heavy and flexible-sounding that you feel like you can chew on it. Does that make sense? “ill tell you later” (stylistically written without the apostrophe) is a seven-minute journey into the cosmos. Guitarist/vocalist Chris Anguiano’s voice seems to be coming from his nose, Bob Dylan style, and it’s a great marriage with his groovy riffs.  — FT

Zeke Forever — “not your enemy”
RIYL: the merging of the ’70s and todays dance music
What else you should know: No stranger to Central Track, we’ve highlighted two of Zeke Forever’s jazz-inspired takes on his R&B/pop sound, but his latest release is going full disco. A song doesn’t have to be a soul-baring love letter or a confession of trauma to be good, sometimes you just need something to shake your butt to. Look no further than”not your enemy.” With a pulsating beat and Zeke’s soulful voice guiding you to the dance floor, it’s an extremely fun dance tune that feels absolutely timeless.  — FT