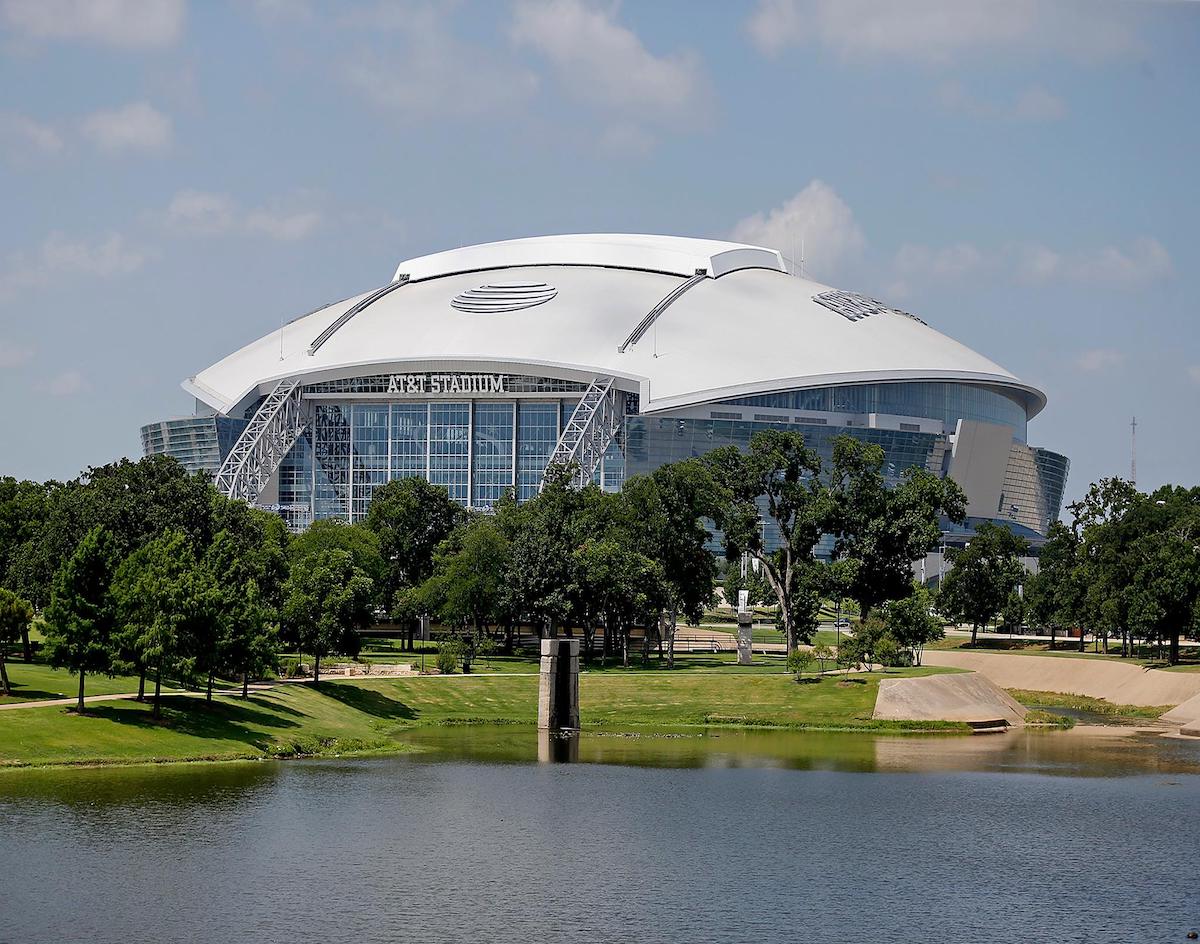 It’s Been A Long Time Coming, But It’s Finally Happening. The 2026 FIFA World Cup Will Be Making Landfall In North Texas.

An audience gathered around a screen at the AT&T Discovery District in Dallas to celebrate that, for the second time ever, North Texas will be a host city for the 2026 FIFA World Cup.

The AT&T Stadium in Arlington will be one the 11 U.S. cities to host some World Cup matches, but it’s still too early to tell which ones.

The Dallas World Cup Bid Committee will head to New York this weekend to begin negotiations with FIFA for the event, hoping to secure larger-scale games, such as the semifinals or championship. FC Dallas President Dan Hunt said during a press conference that the ultimate goal of hosting the World Cup was to be chosen as the venue for the finals.

After the 2022 World Cup ends, Hunt expects FIFA to announce where matches will be played in 2026.

Sixteen cities in total will also host, including three in Mexico and two in Canada.

Unfortunately, Baltimore and Washington, D.C., didn’t make the cut. Maybe next time. Our friends in Houston did, though. We guess we’re competing too. Forty-eight teams will play 60 matches in the U.S. and 20 more matches in Canada and Mexico.

Other stadiums in North Texas, such the Cotton Bowl, Globe Life Field, Fair Park and the Toyota Stadium in Frisco will be used as training areas for players.

Hosting the World Cup means big bucks for Dallas. Organizers anticipate the event to generate around $400 million for DFW and create about 3,000 temporary jobs.

The last time North Texas hosted the World Cup was in 1994, and Hunt says he feels that people’s perspective on soccer has changed since then, and he’s thrilled about what this will do for the game.

The announcement of the host cities comes days after Apple and Major League Soccer announced a 10-year deal to stream all games with no blackouts or restrictions. The deal was worth around $2.5 billion, according to Yahoo! Sports.

People on social media are sharing the excitement, let’s take a look.

Got it!!!
Dallas will be a host city for the 2026 World Cup!!#FIFA pic.twitter.com/En3opPOgHH

The reaction to Dallas being selected as a site for World Cup 2026. How many and the types of games will be determined in the future by FIFA. pic.twitter.com/3zl4b7WKtK

2026 fifa world cup coming to dallas. half the games will be cancelled because everyone stuck on i-635.

any other day: “arlington is NOT Dallas”

“omg the world cup is in Dallas 😭”

Dallas was selected for one of the cities for 2026 fifa World Cup pic.twitter.com/UrL7sqCp9n

For now, it’s a waiting game to see if the bid committee is all talk with no bite.