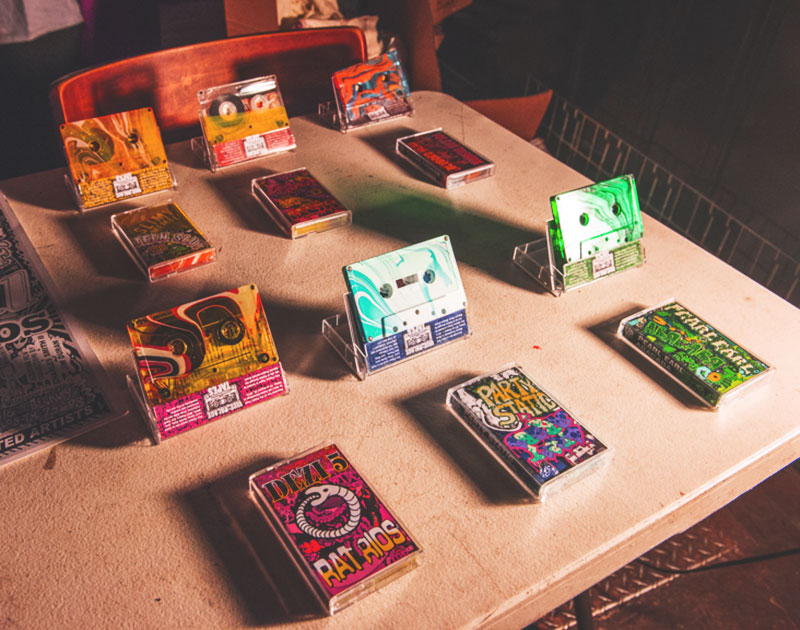 Funded By A Grant From Southern Methodist University, Vice Palace Tapes Lives On Through A New Run of Releases Set To Drop In The Coming Months.

When Vice Palace ceased its event operations in November, it marked the end of an era.

The DIY-centric project had a brief, yet prominent existence, and was always the focus of local praise. But for its founder and director Arthur Peña, Vice Palace it was something more — a passion project and a bastion of creativity where Dallas’ foremost talents could gather and share art.

Since starting Vice Palace, Peña has occupied his own unique sphere of influence in Dallas’ art and music scenes, which, in his eyes, can feel unusually detached at times. So, between stints as a full-time artist and ful-time professor at SMU, the Dallas native spent his time curating underground art and music shows with some of Texas’ most distinguished creative figures.

Peña often described the Vice Palace project as a “roving” venue, because it wasn’t attached to a finite space. After hosting mostly warehouse shows its first year, the Vice Palace brand expanded its reaches to mainstay locales like Josey Records, RBC and The Texas Theatre. Those lucky enough to witness a Vice Palace show will certainly recall diverse lineups teeming with bizarre visuals and Warhol-sque eccentricities. At its core, though, Vice Palace aimed to synthesize Dallas’ art and music scenes into a united front of creativity. Underneath all the sensory overload and provocative nature that came attached with a Vice Palace show, lied a singular goal of promoting creativity and community-first ideals within Dallas’ art community.

But while it’s no longer operating as a roving venue, Vice Palace’s spirit still lingers on. Now a tape label appropriately titled Vice Palace Tapes, Peña is still focusing his efforts toward promoting North Texas music. After earning a grant from the City of Dallas nearly three years ago and turning Vice Palace Tapes into the first and only city-funded tape label, Peña placed the project on hiatus once the grant funds ran dry. But following the reception of a new $1700 grant from SMU, the project is back on, Peña confirms. Already, he has used that money to hold two recording sessions at Aqua Lab Studios.

“I was a visiting lecturer in painting at SMU, which allowed me to be able to apply for what’s called a faculty grant through SMU that’s open to all faculty for research or projects,” Peña explains of his venture’s resurgence. “I submitted a proposal and they provided me the funds to record six bands that will be split into three tapes.”

Those tapes feature 30-minute live performances from some of Dallas’ more unique music acts, with a constant eye toward acts featuring women and minorities who Peña feels are often overlooked in contemporary media. Among the artists included in the tapes are Kallohonka, Lord Byron and Felt & Fur, who were recorded at Aqua Lab Sound Recordings on April 28, and Jake Schrock, Francine Thirteen and Bathhouse, who were recorded at Aqua Lab the following week. Including the tapes funded by the City of Dallas, the addition of these new tapes will up Vice Palace Tapes’ total tape production run to a round 10 releases featuring 20 area acts in total. 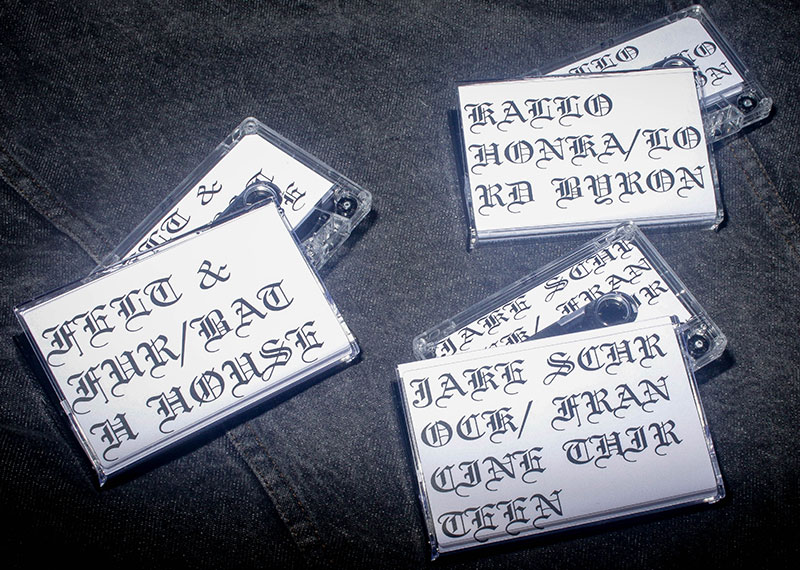 Though these latest tapes will not formally be released until a September event that Peña is still working out the details on, Denton electronic act Felt & Fur will begin selling copies of its own Vice Palace Tape release at a house show tonight in Dallas.

Following the release of the new tapes, Vice Palace’s future is again somewhat uncertain, Peña concedes. But its place in Dallas art history should be firmed up regardless. To help ensure that, Peña is currently working on a 15-or-so-minute documentary featuring videos shot during Vice Palace’s recording efforts. The documentary (see below for teaser) will chronicle Vice Palace’s tumultuous history, while shedding some light on the new tapes and their individual recording processes.

“The artists on Vice Palace don’t have to pay for anything; I was either using grant money to produce tapes or I was paying for it out of my own pocket,” says Peña. “My main stimulus as an artist has always derived from my passion for art, Dallas and a need to share that with the masses. Vice Palace to me, was always a means to document Dallas’s current artistic climate.”