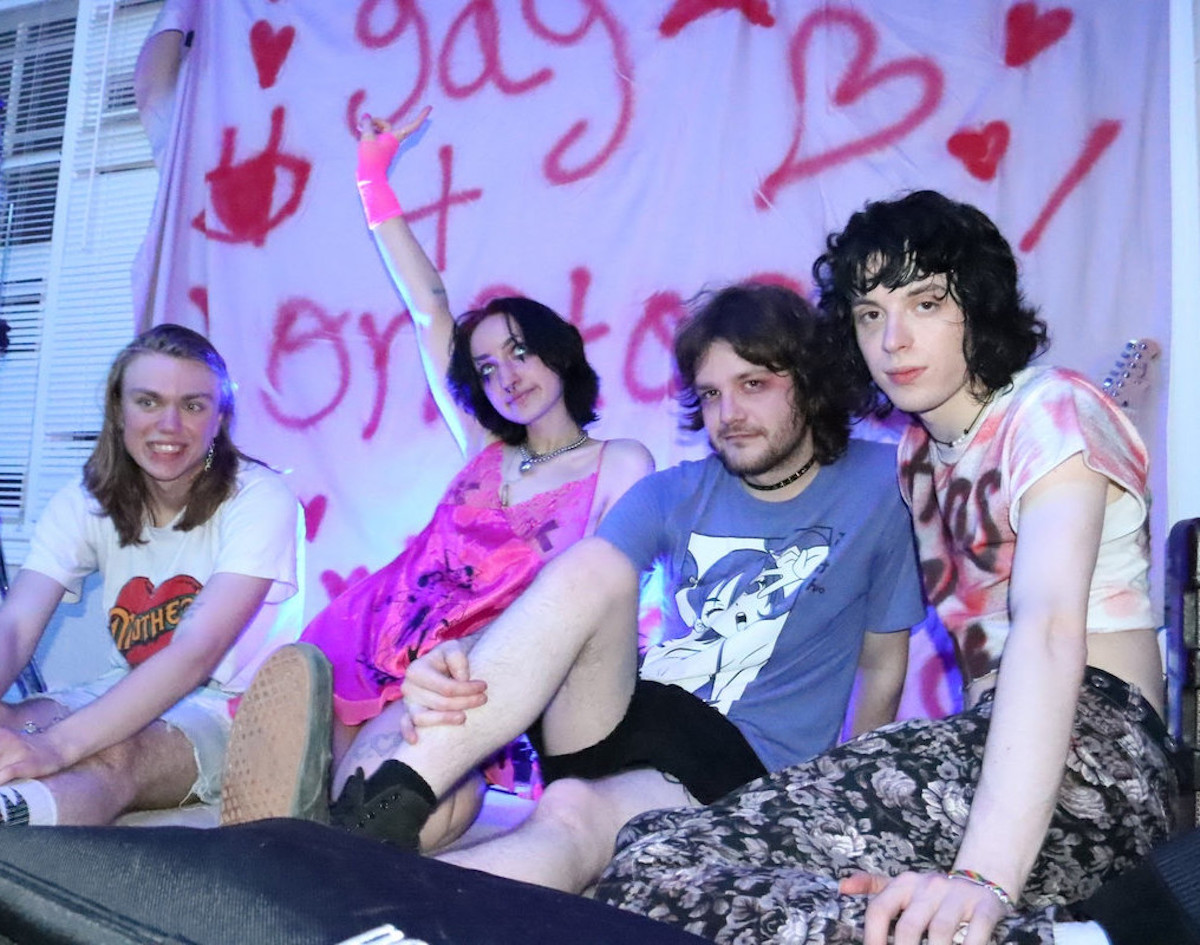 This Denton-Based Queer Punk Band Provides A Catchy Protest Song In Response To Abbott’s Missteps That Will Get You Ready To Riot.

Homewrecker & the Bedwetters — “Greg Abbott hate song”
RIYL: Supreme Court frustration.
What else you should know: Guitarist Dominic, drummer Devin and bassist Joy met each other in the UNT Jazz program in 2021, later adding guitarist Jaden to the mix and forming Homewrecker & the Bedwetters. The band prides itself on being a safe space for LGBTQ-identifying punksters in a cis-male-dominated genre.

Homewrecker & the Bedwetters perfectly capture the frustration that people have felt of the over-reaching behavior of Greg Abbott over the past year in the song “Greg Abbott hate song.” It starts off with an eerie greeting to its namesake subject before exploding into a fast-paced chaos that WILL get you headbanging along.

The band wastes no time on cryptic messaging and goes all in on the Abott hate train with lyrics like, “Healthcare is a human right / Step off, boy, this pussy bites / You don’t get a say in what the fuck goes on inside of me.” There’s some talk about the governor’s mortality as well — that’s free speech for you.

The song comes from the group’s EP Vol. 2: Gay, onstage, and full of rage, which focuses on different facets of toxic masculinity and navigating life and the music scene with a queer identity.

We can compare Homewrecker & the Bedwetters to Pussy Riot. While a lyric like, “not the church, not the state, only we decide our fate” is directly in response to the Supreme Court’s leaked rough draft opinion on Roe v. Wade,  it’s not a far cry from what Pussy Riot has been saying for the past decade about Putin’s policies.

With the direction that this nation is heading right now, we need this type of music more than ever before — music that isn’t scary to call out people in power.