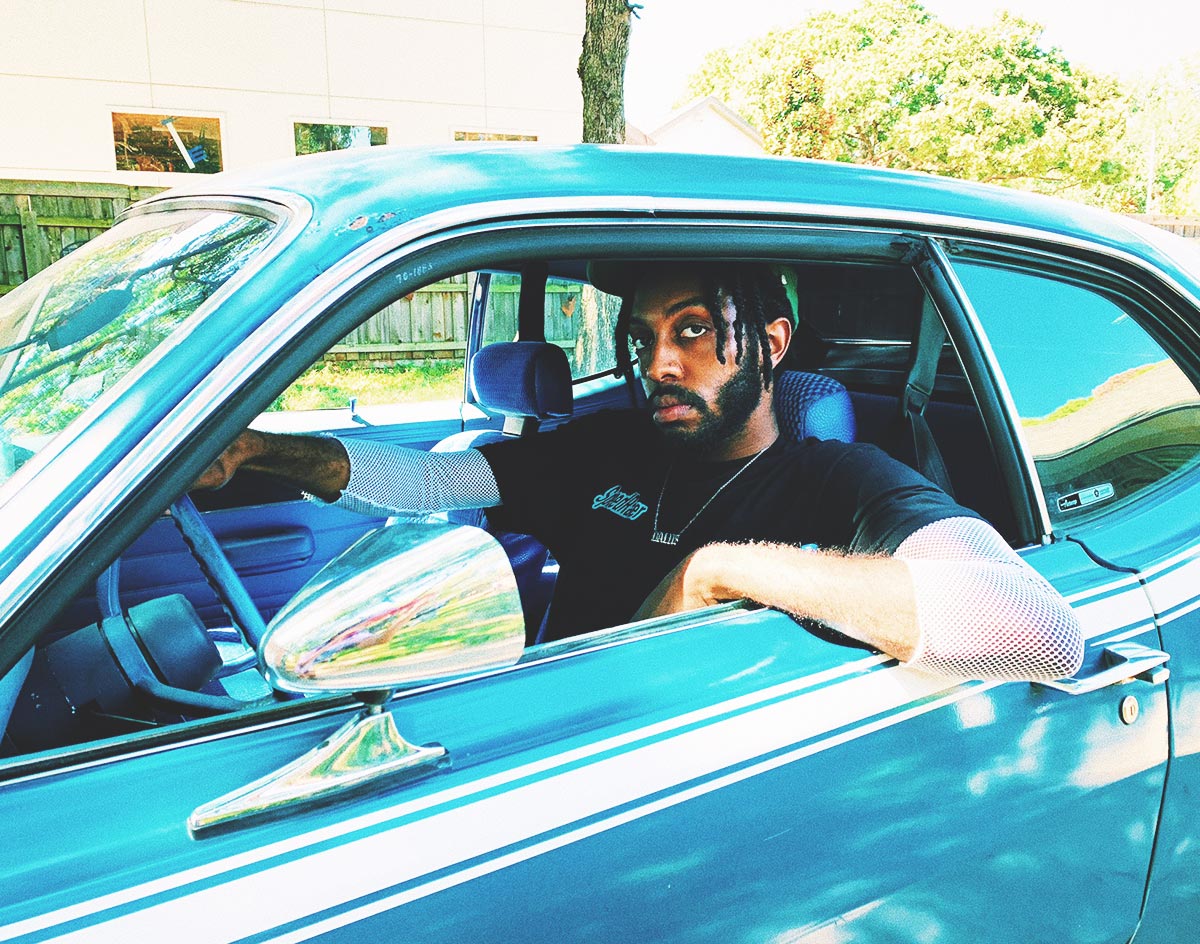 Through A Series Of Self-Directed Music Videos, Dallas Alternative Hip-Hop Artist Donovan Bogney Is Teasing Self-Discovery, A New EP And An Upcoming Film.

Donovan Bogney — “RUSH”
RIYL: stop your racing thoughts
What else you should know: One thing Dallas rapper Donovan Bogney will do is release a new track with a self-directed music video to go with it.

This time, though, he’s stepping things up a notch — as he often does.

It’s evident by now that Bogney is more than just a Dallas alternative hip-hop artist. He’s also a member of Dallas rap collective The Crown, founder of the the recurring DreamFest and a video director as well as editor. Those latter talents really complements the others, too.

Bogney’s previous works have always been radiant, personal and iridescent. Take, for instance, the music video to his colorfully saturated, quarantine-themed track “Float on By”. He’s coining the nickname “DreamerBoy” pretty well, but now Bogney wants to tell a story.

His next project SpeedRacer, a three-track and multi-part visual EP, has been releasing track by track since August. After initially dropping “SPINNIN’,” the EP will conclude on October 16 with the release of the final track “BANDZ” and his first headlining show — called the SpeedRacer Xperience — at Ruins. While the combined film he’s crafting alongside this effort is set to release next year, Bogney has already been giving us snippets of the world in which the film is set it. As he explains it, SpeedRacer will explore its main character’s head, which is played by Bogney, through themes of self-discovery and growth.

For now, though, let’s talk about his latest single “RUSH.”

“RUSH” shows Bogney cruising down the road near a big, open field from a side-mirror point of view. In the beginning, Bogney repeatedly and harmonically sings “What’s the rush?” in a manner similar to California musician Steve Lacy’s “C U Girl” introduction. From there, Bogney raps about his upbringings and “keeping the grip on to the clutch” while “shifting and drifting through mud.” Much like Lacy’s tracks, “RUSH” also — perhaps fittingly given its name — ends too soon. After another driving reference, he closes things out with some radio announcer dialogue and a fade-out just as we were really vibing with what he was giving up.