Cops Are No Longer Above Indictments In Dallas. 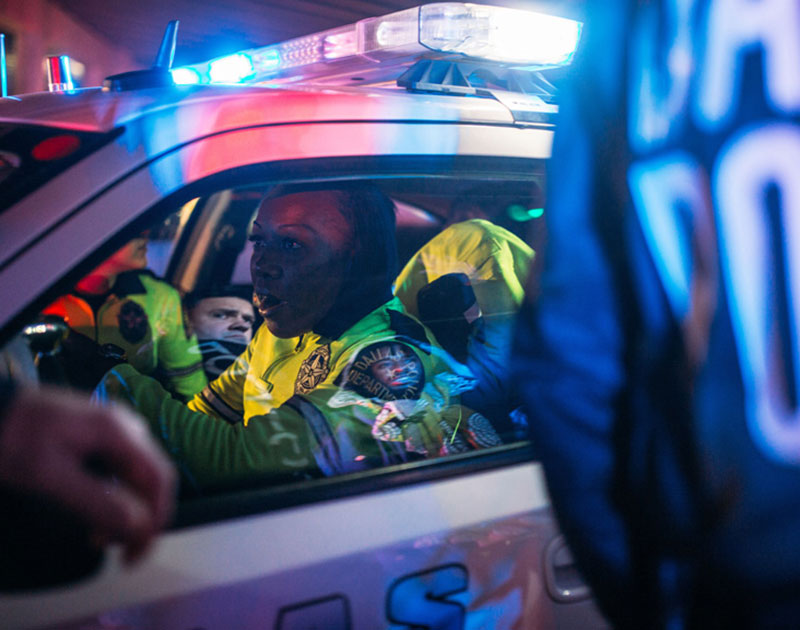 In Stark Contrast To Historical Figures, Six Police Officers Across Dallas County Have Been Indicted On Charges Related To Police Brutality This Year Alone.

Figures suggest that Dallas County cops are no longer guaranteed to literally get away with murder.

In the past year alone, six area police officers have been indicted on charges related to police brutality — including a whopping four in the past week.

Last week, former Mesquite police officer Derick Wiley was indicted for the shooting Lyndo Jones twice. Last Thursday, Dallas police Sgt. Kevin Mansel, officer Danny Vasquez and a third officer who has yet to be identified were indicted for the 2016 death of 32-year-old Tony Timpa, who lost consciousness, struggled to breath and died as officers remained on top of him.

Two other indictments came earlier in the year. In June, Christopher Hess was indicted for shooting and killing Genevive Dawes, 21, after ramming Dawes’s car and shooting at her. And in July, Balch Springs officer Roy Oliver was indicted for killing Jordan Edwards, 15, after he shot through a passenger window and killed Edwards.

According to reports, all six victims were unarmed at the time of their death. Also according to reports, each officer initially lied about the circumstances surrounding these deaths until eyewitness reports or body cameras contradicted their initial statements.

Still, that six officers in Dallas County have been indicted on charges related to police brutality in 2017 marks a significant change in grand juries indicting officers on such charges.

According to a study by the Texas Tribune, just seven officers were indicted in officer-involved shootings across Texas between 2010 and 2016, with three of those indictments coming in Dallas County. According to a 2015 Washington Post report, only five officers on average were indicted across the country each year between 2005 and 2015 for their involvement in fatal shootings.

Last year, only one police indictment in the Dallas County area was reported: Former Farmers Branch police officer Ken Johnson was indicted for killing 16-year-old Jose Cruz and injuring Edgar Rodriguez, also 16; Johnson’s trial began earlier this week and is expected to last at least through the end of next week.

While Dallas is not historically known for having its officers indicted, trends show that Dallas County police officers are increasingly likely to be charged for their involvements in the deaths of civilians. In 2013, Garland Police officer Patrick Tuter was the first officer in the area to be indicted in 15 years in Dallas County after he shot 25-year-old Michael Vincent Allen 41 times, killing him. The following year, former Senior Cpl. Amy Wilburn became the first Dallas Police officer in four decades to be indicted when she was charged for shooting Kelvion Walker, 19.

Efforts toward reform seem to deserve some of the credit for this change. While it is impossible to keep track of every police shooting in Texas or in any state in general, according to the Texas Tribune, Texas police departments have been required since 2015 to report any police-involved shooting to the Texas attorney general’s office or its department’s within 30 days of the incident. While some departments file late or never file at all, this step toward accountability — something seen nationwide in the wake of sweeping reforms put in place following the 2014 killing of Michael Brown in Ferguson, Missouri — seems to be paying dividends.

More so than paperwork, though, it would appear as if technological advances deserves much of the credit.

“This generation of police officers is the most documented, recorded, tracked,” Mesquite police chief Charles Cato told the Dallas Morning News last week. “There’s nothing they can do that won’t be seen.”