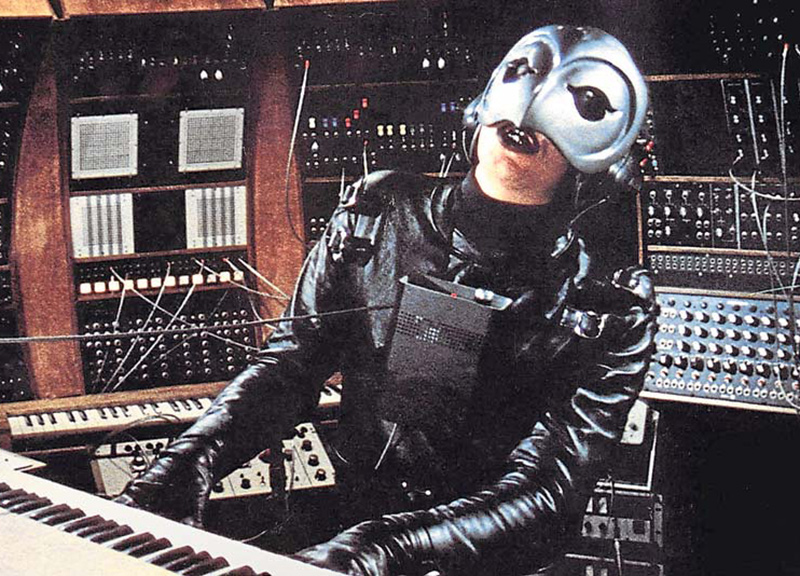 The First Announced Films For The 2016 Oak Cliff Film Fest Honor The New American Icons Of The 70s.

Get hyped, y’all! The Oak Cliff Film Festival, my personal favorite film festival in the area, just announced the first six films for their 2016 edition 00 and it looks to be another good year.

Much like in the past, the festival’s marketing and repertory screenings revolve around a specific theme. According to creative director Jason Reimer, this year’s them is New American Films of The ’70s. This era included the first films of then-indie directors Francis Ford Coppola, George Lucas, Steven Spielberg and Brian DePalma.

Speaking of DePalma: The first repertory screening confirmed at this year’s fest is a doozy, as they’ll be showing the director’s The Phantom of the Paradise at the Majestic Theater, which, no, isn’t in Oak Cliff, but is where parts of the movie were filmed.

Also announced in this early reveal of films to be seen at the fest? Director Taikia Waitit’s follow-up to Central Track favorite What We Do In the Shadows, the dark family adventure The Hunt For The Wilderpeople.

And, lest you thought a fest put on by the people behind one of the most underrated music venues in town wouldn’t jump on the chance to include something music-related, there will also be a screening of the doc Contemporary Color, which ecnters around Talking Heads frontman David Byrne as he puts on a color guard performance featuring various musicians including Nelly Furtado, Lucius and Dallas’ own St. Vincent.

Honestly, I can’t wait to see what the rest of the schedule will look like. In the meantime, check out the below excerpt from the announcement press release, which dives deeper in the the first six films announced.

THE ALCHEMIST COOKBOOK
Director: Joel Potrykus
Country: USA, Running Time: 82min
Young outcast Sean has isolated himself in a trailer in the woods, setting out on alchemic pursuits, with his cat Kaspar as his sole companion. Filled with disdain for authority, he’s fled the daily grind and holed up in the wilderness, escaping a society that has no place for him. But when he turns from chemistry to black magic to crack nature’s secret, things go awry and he awakens something far more sinister and dangerous.

AUTHOR: THE JT LEROY STORY
Director: Jeff Feuerzeig
Country: USA, Running Time: 110min
New York magazine’s October 2005 issue sent shockwaves through the literary world when it unmasked “it boy” wunderkind JT LeRoy, whose tough prose about his sordid childhood had captivated icons and luminaries internationally. It turned out LeRoy didn’t actually exist. He was dreamed up by 40-year-old San Francisco punk rocker and phone sex operator, Laura Albert. AUTHOR: THE JT LEROY STORY takes us down the infinitely fascinating rabbit hole of how Laura Albert—like a Cyrano de Bergerac on steroids—breathed not only words, but life, into her avatar for a decade. Albert’s epic and entertaining account plunges us into a glittery world of rock shows, fashion events, and the Cannes red carpet where LeRoy becomes a mysterious sensation. As she recounts this astonishing odyssey, Albert also reveals the intricate web spun by irrepressible creative forces within her. Her extended and layered JT LeRoy performance still infuriates many; but for Albert, channeling her brilliant fiction through another identity was the only possible path to self-expression.

CONTEMPORARY COLOR
Directors: Bill Ross, Turner Ross
Country: USA, Running Time: 97min
In the summer of 2015, legendary musician David Byrne staged an event at Brooklyn’s Barclays Center to celebrate the art of Color Guard: synchronized dance routines involving flags, rifles, and sabers. Recruiting performers that include the likes of St. Vincent, Nelly Furtado, Ad-Rock, and Ira Glass to collaborate on original pieces with 10 color guard teams from across the US and Canada, CONTEMPORARY COLOR is a beautifully filmed snapshot of a one-of-a-kind live event.

DE PALMA
Directors: Noah Baumbach, Jake Paltrow
Country: USA, Running Time: 107min
One of the most talented, influential, and iconoclastic filmmakers of all time, Brian De Palma’s career started in the 60s and has included such acclaimed and diverse films as CARRIE, DRESSED TO KILL, BLOW OUT, SCARFACE, THE UNTOUCHABLES, CARLITO’S WAY, and MISSION: IMPOSSIBLE. In this lively, illuminating and unexpectedly moving documentary, directors Noah Baumbach and Jake Paltrow engage in a personal and candid discussion with De Palma, exploring not only his life and work but also his singular approach to the craft of filmmaking and his remarkable experiences navigating the film business, from his early days as the bad boy of New Hollywood to his more recent years as a respected veteran of the field.

HUNT FOR THE WILDERPEOPLE
Director: Taika Waititi
Country: New Zealand, Running Time: 101min
Raised on hip-hop and foster care, defiant city kid Ricky gets a fresh start in the New Zealand countryside. He quickly finds himself at home with his new foster family: the loving Aunt Bella, the cantankerous Uncle Hec (Sam Neill), and dog Tupac. When a tragedy strikes that threatens to ship Ricky to another home, both he and Hec go on the run in the bush. As a national manhunt ensues, the newly branded outlaws must face their options: go out in a blaze of glory or overcome their differences and survive as a family.

PHANTOM OF THE PARADISE (1974)
Director: Brian De Palma
After record producer Swan (Paul Williams) steals the music of songwriter Winslow Leach (William Finley) and gives it to one of his bands, Leach sneaks into Swan’s offices. Catching Leach, Swan frames him for dealing drugs, which lands him in prison. After Leach breaks out and again attempts to sabotage Swan’s empire, an accident crushes his face. Leach then dons a costume and becomes the Phantom, intent on ruining Swan while saving singer Phoenix (Jessica Harper) from a terrible fate.