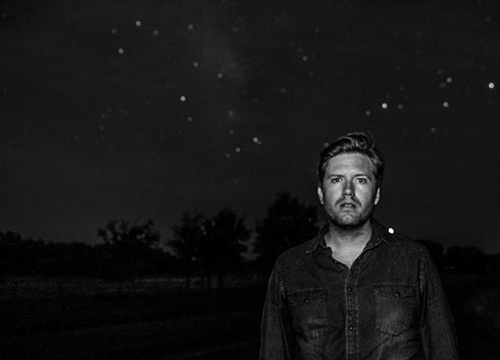 Daniel Markham — Disintegrator
RIYL: Black metal and acoustic guitars.
What else you should know: Like his previous pair of releases under his own name, Markham's newly released LP is heavily rooted in the '90s. But unlike the early-R.E.M.-meets-Alice-in-Chains vibe of his first two records, this one leans more in a Red House Painters direction. Different though it may be, Disintegrator still feels very much like Markham, an artist not afraid to keep pressing forward and trying new things while still keeping one eye on the past.

VVOES — “Days Are Numbered”
RIYL: That Wizard Vizion sound.
What else you should know: At the end of 2015, the gimmickly-named Fort Worth outfit Ill Smiths changed its name to the (equally?) gimmicky VVOES (pronounced “whoas”). Unlike the early demos we heard from the band last year, this is the first fully-realized production we've gotten from them. It'll be included on the upcoming Group Therapy, vol. 3 compilation tape from the Dreamy Life folks that'll be released next month. VVOES also tells us its Jordan Richardson-produced debut EP will be out “very soon.”

Medasin — “Public Service Announcement”
RIYL: Predicting the future.
What else you should know: By the time he was 17, local producer Medasin's style was already getting compared to the vibes of Tribe's Low End Theory. Everyone from us to Billboard hailed his 2015 Pink Polo EP and the “TrapHouseJazz” sound he's been pioneering as being the sound of the future. A year later, it still sounds like that. Everything this kid touches is fire, straight up. So maybe heed the message when he preaches things like, “Making a soundpack will make you more money than making an EP” or “Obama is the last president, there will be no election, 100 percent guaranteed.”

Neptune Locals — “The Now (Together)”
RIYL: Coming original.
What else you should know: It's been a minute since we've heard anything from these guys. The last press mention we've seen from them came in 2012, and we can't remember the last time we saw their name on a bill. But it appears the Funky Town reggae-rock act is gearing back up. And the same week we finally get a new Red Hot Chili Peppers single and 311 greatest hits album, too? Coincidence?

Jonas Martin — “Dear Mother”
RIYL: Moms.
What else you should know: Mother's Day is this Sunday. Haven't gotten her a gift yet? Maybe follow Jonas Martin's lead and write her a song. Need some inspiration? Check out his example above. Do it sooner than later, though, because this one is streaming for one week only.

Felix — My Second Album
RIYL: Partying like it's 1989.
What else you should know: We still don't really know who Felix is, but it stopped bothering us a long time ago. The artist's second album sounds like the copy of a copy of a copy of a Prince and Fat Boys collaboration cassette tape. The story this time goes that this severely degraded relic is the sole remaining copy of this album, and that it was only recently unearthed when His Royal Badness' vault was cracked by his surviving relatives. That's probably not actually the case but, hey, it might be! Like I said, we know nothing.

Lord Byron — “Metallic 6 Genesis 1:27 (214-7 3-8669)”
RIYL: Dallas, even though you're about to get sick of it.
What else you should know: Frequent Felix collaborator (see: Ghoul5) Lord Byron has a new single out this week, too. We recently ragged on some of his lyrics a bit, but credit where it's due, this one doesn't have any missteps in that department. Did he just call the red diamonds on his chain “icy hot?” Damn right he did. A couple other things real quick: Genesis 1:27 reads, “So God created man in his own image, in the image of God created he him; male and female created he them.” We'll let you crack that code, as well as the one of whose phone number (sans one digit) is in the song's title. I guess you've got 10 shots at it! Or, um, just ask Byron when he performs at Epocha's two-year anniversary on May 13.

Matthew J & Dray — s/t
RIYL: Taking it to the streets.
What else you should know: You may recall last year when Street Arabs co-frontman Matthew Powers released self-described Rolling Stones-y solo project called Matthew J & His Wheels. Now he's partnered up with Draylyn “that kid that plays guitar on Elm Street all the time” Brown on another project that finds a comfortable middle ground between Powers' previous two projects, retaining the bluesy-ness of his Wheels material with the garage rocking fortitude of his ice cream punk project. Rounded out by Thyroids drummer Mark Bitner, this outfit makes its live debut at the May 16 edition of RBC's Outward Bound Mixtape Sessions. Until then, here's some demos the guys recorded at Powers' Aqua Lab studio.

Go Yayo — Boom God.
RIYL: Weed and guns.
What else you should know: As seen in that TMZ video that allegedly shows Soulja Boy breaking his probation on a 2014 weapons charge, Go Yayo's “Welcome 2 Lil Vegas” is featured on his brand new Boom God mixtape. For what it's worth, the crew behind the Fort Worth rapper fka Hoodfame Youngin' seems to have put some good money into this tape, judging from the number of Lil Ronnie production credits and giant skin ads on livemixtapes.com.

Snarky Pupppy — Culcha Vulcha.
RIYL: American jazz fusion.
What else you should know: As opposed to its many, well-regarded (and Grammy-winning!) live albums, Culcha Vulcha is being hailed as the jazz-funk collective's first true studio effort in years. Its second album of 2016 explores sounds from all over the globe, packing them into a single, easily-digestible package. Most of all, it's just fun.