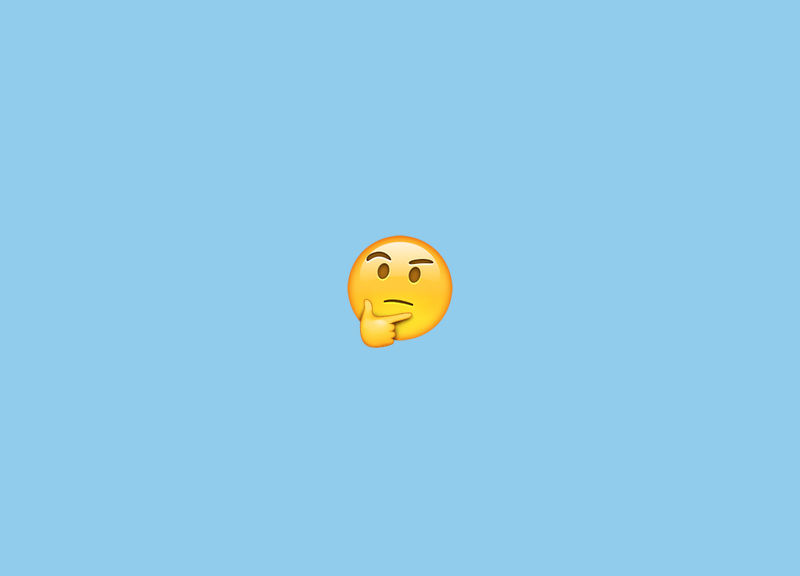 Let’s Clear Up Some Misconceptions Still Floating Around About The Downtown Dallas Attack.

After events like the ones that unfolded in Downtown Dallas last Thursday, it’s important to take a step back and study the way information was disseminated from the crime scene through various media channels to the public.

For instance, more and more, Twitter proved its mettle in the handling of breaking news situations, often garnering hundreds of retweets on key pieces of information some several minutes, and in a few cases hours, before ever earning a mention on televised newscasts. One clear example: Twitter had come to a consensus that Mark Hughes couldn’t possibly have been the suspect police were seeking hours before Dallas’ WFAA stopped showing his picture. Of course, in that instance, the DPD’s own Twitter account is partly to blame for that, as it continued to treat Hughes as a suspect for more than 17 hours after his name was officially cleared.

Still, a big part of Twitter’s speed comes from the fact that, unlike those televised news broadcasts, there’s a lot less time spent on verifying facts with sources before irresponsibly blasting that information to the masses. It’s a double-edged sword. A great example of this took place at Dallas Police headquarters on Saturday afternoon when several outlets falsely reported that gun shots were fired there during the memorial being held there for the recently fallen officers. In fact, no shots were ever fired there. SWAT officers did, however, use an explosive device to break down a locked fence, which may have led to the confusion.

The following 140 character tongue-lashing of the media by the DPD sums up how counterproductive and frustrating the loads of misinformation floating around during times like these truly is.

While we’re on the subject, here are a few other misconceptions we’re still seeing pop up in various outlets’ reporting that we’d like to shed some light on.

There Were Multiple Shooters. We haven’t seen as many people throwing that erroneous “s” onto the end of “shooter” as much of late, granted. But, on Friday, the plural form of the term abounded. Like here and here, for just a couple high-profile examples. Per Dallas County Judge Clay Jenkins, a journal left at the scene described the “shoot and move” combat tactics that were employed and led to all those points of multiple shooters with a highly coordinated, triangulated attack.

These Were Sniper Attacks. Nearly every story being written on the attacks refers to shooter Micah Xavier Johnson as a sniper. But that’s kind of a reach. Furthermore, says actual trained military snipers, it’s kind of insulting to their profession to refer to him as such. Was Johnson highly trained? He did have military training, yes. But a sniper he was not. Snipers take as few shots as possible, often trumpeting their “one shot, one kill” mantra. Johnson used a not-all-that-accurate semi-automatic rifle to blast more than 50 shots into crowded streets.

The Shootings Took Place After A Black Lives Matter Protest. Just because people held signs reading “Black Lives Matter” at the protest doesn’t mean that it was an official event from that organization — not any more, at least, than someone holding a “John 3:16” sign at a football game turning a stadium into a church. The original event page for the protest described the event as a “march against police brutality” in response to the killings of Alton Sterling and Philando Castile at the hands of police. Furthermore, Black Lives Matter co-founder Alicia Garza has since appeared on television, not only denouncing the violence, but putting forth the notion that the negative rhetoric surrounding the Black Lives Matter movement following the shootings could be used to “curtail people’s civil liberties.”

This Was The First Case of a Robot Being Used to Kill a Suspect. According to robotics expert Peter W. Singer, the soldiers he interviewed for his 2009 book Wired for War told him that troops often used robots to kill insurgents on the battlefield. However, Johnson’s case might be the first use of a murder-bot by a law enforcement agency. “In warfare, your object is to kill,” Rick Nelson, a fellow at the Center for Stratgic and International Studies told New York Times. “Law enforcement has a different mission.” That, of course, raises a whole slew of other ethical concerns.

The Dallas Shooting Was The Deadliest Attack on Law Enforcement Since 9/11. OK, so this one’s true, turns out. But most outlets are content to blindly quote the stat without really looking into it or providing further context. Per the National Law Enforcement Officers Memorial Fund, only eight other incidents since 1900 resulted in the deaths of more police officers. The most recent was 9/11, in which 72 members of law enforcement lost their lives. Before that, eight officers died in the Oklahoma City bombing in 1995. As far as police shootings go, the five officers killed in Dallas marks the highest number since seven were gunned down at a deadly political revolt in Puerto Rico in 1950. The most recent shooting incident in the U.S. that was deadlier than the one in Dallas was an incident on a Missouri farm in 1932 in which two thieves killed six officers.

Micah X. Johnson 284K Instagram Followers/Was Created as a Government Conspiracy. As far as we know, Johnson had Facebook and Twitter accounts, but no Instagram. That hasn’t stopped several, uh, we’ll just call them morbid trolls, from starting up accounts using Johnson’s name and using profile photos clipped from the news. The most prominent of these is actually an account that racks up followers by changing its username to whoever is a big name in the news that day. As of this writing the original Micah X. Johnson Instagram, the one with 284K followers, is now a fake Tim Duncan account, as is shown by the below screencaps our team took while keeping an eye on the account over the past few days. The actions of the person behind this account, who appears to change the account’s name based on whatever’s popping in the news on a given day, have led to a ton of social media speculation, with a lot of folks citing the fact that Johnson had so many followers with only a single photo posted to the account as signs that the account was being manufactured by the government to fit some sort of narrative. For real; do some digging, there are plenty of conspiracies about this out there. Alas, Johnson was a real person, and the Instagram Johnson is nothing but a disgusting, attention-starved troll.

Daniel Rodrigue contributed to this piece. 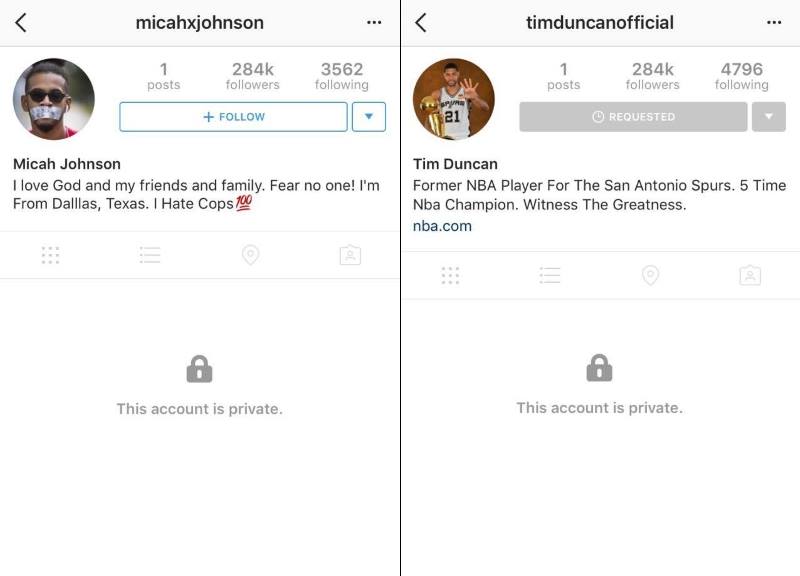