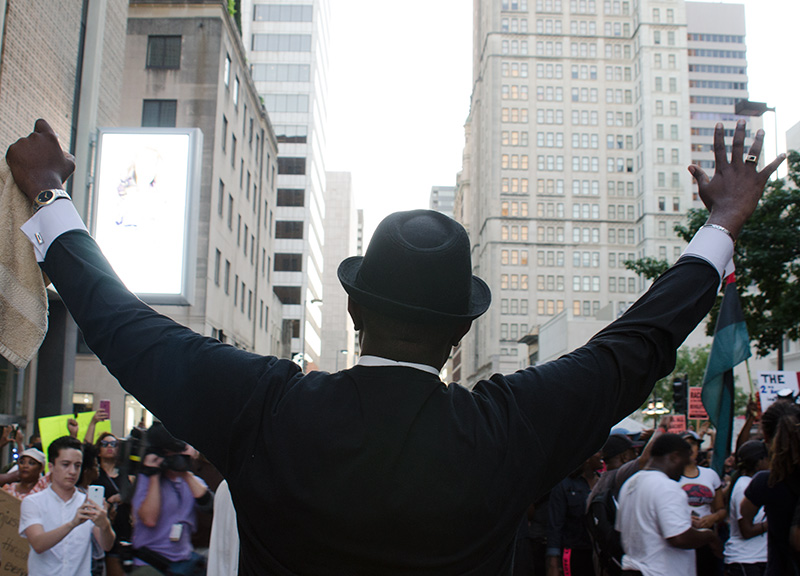 Through Song, Dallas Rappers Voice Their Frustrations With Recent Events Both Local and National.

Between the deaths of Louisiana’s Alton Sterling and Minnesota’s Philando Castile last week, the horrific events that unfolded in Downtown Dallas on Thursday night and the death of Houston’s Alva Braziel on Saturday morning, there is no doubt that this last week has been among the most trying in recent American history.

There remains an abundance of questions surrounding what exactly happened in each of these instances, but one thing is known for sure: Emotions are running high and opinions are still being formulated.

As is so often the case in times like these, artists have started turning to their crafts to help them sift through their feelings on all that is unfolding in this world around them. And with so many of these events hitting close to home both figuratively and literally, Dallas rappers in particular have turned to music to help them find answers and shares their perspectives.

Let’s take a look at just a few of these recent releases.

David Morgan — “Untitled.”
Formerly one half of the adored Dallas rap duo The Mohicans, David Morgan posted the following a capella to Twitter last Wednesday, following the news of Alton Sterling’s death the night before. His words speak to the sense of helplessness felt in these times, as well as to the need to fight through those feelings in the name of progress.

Jack Freeman — “What Do You See? (featuring Paris Pershun)’
Over a Chris Rockaway-produced track from Houston singer Jack Freeman that’s being passed around as a forum for rappers near and far to hop on so they can share their thoughts during these times, former A.Dd+ rapper Paris Perhsun rises to the call to express his sentiments on the injustices surrounding the recent deaths of black Americans at the hands of the police. Per Day & A Dream, Pershun penned and recorded the verses for this Monday-released take on Wednesday night, immediately following the the death of Facebook-streamed Philando Castile, before knowing that the violence would come to Dallas the following night.
Bobby Sessions — “Black America”
Released in November as part of his stellar LOA (Law Of Attraction) LP, Dallas rapper Bobby Sessions’ “Black America” remains a poignant look into race relations in this country some eight months after its release. Yesterday, that much came into even clearer, difficult-to-swallow focus with the release of the song’s music video, which features graphic images of the media’s coverage of the ongoing atrocities, as compiled by area DJ, producer and engineer John Stewart.
Mic Stewart — “No More Martyrs and Hashtags”
Dallas-by-way-of-Philadelphia emcee Mic Stewart penned his frustrations about the state of America immediate in the wake of Thursday’s shooting in Downtown Dallas. Set to a beat ripped from Kanye West’s “No More Parties In L.A.,” the emcee takes to task the media coverage of the events of the past week, while simultaneously pleading for progress to be made.
http://centraltrack.tumblr.com/post/147300575838/mic-stewart-no-more-martyrs-and-hashtags
Cover photo by Sidney Johnson.
No more articles