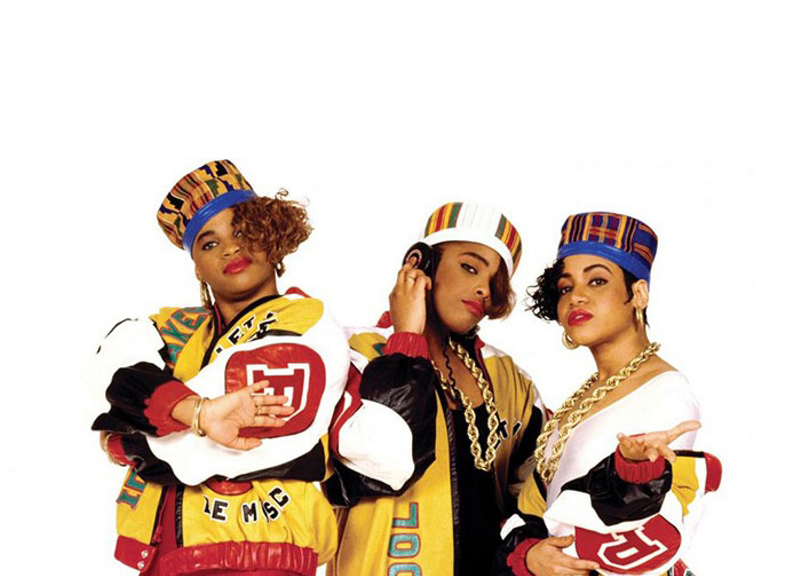 Last night, VH1 Hip-Hop Honors returned with its first class of honorees since 2010. Dubbed the “All Hail the Queens” edition, last night’s bill was a tip of the cap to hip-hop’s earliest female pioneers, including Salt-n-Pepa, Missy Elliott, Queen Latifah and Lil’ Kim.

As for Dallas’ own Spinderella — y’know, Salt-n-Pepa’s DJ — and the rest of her crew, they were honored with a medley of their greatest hits. Watch below as Eve starts things off with “Shoop,” Ashanti comes in with “What a Man” and Keke Palmer and Dreezy closed it down with “Push It.”

Later in the program, Spindeezy spoke about how much the group had to overcome in the male-dominated hip-hop industry — one that’s very much that way still.

“Ladies, as always, there’s battles to be fought and milestones to be achieved,” she said, just before shouting out all the female DJs out there, including her daughter, second-generation DJ Christy Ray.

Watch her remarks in full below.

Speaking of people getting honored: As previously noted, Sikwitit made the beats that this year’s XXL Freshmen Class rhymed over in their recent promo cyphers — like the one below.

Well, a few local rappers don’t feel like those guys brought their A games to those cyphers. So, they’re going to perform one of their own to those same beats. That’ll come on Thursday at High & Tight Barbershop, where Sikwitit will also give a live interview. Participating MCs will include -topic, Kaos Caine, Bobby Sessions, Jayson Lyric and Cameron McCloud.

In video news: Cantina premiered its trippy/abstract “Hypnotic” video via Culture Collide. It may not add a ton visually to the already pretty catchy tune, but it does serve as a rather hypnotizing reminder that the all-drummer supergroup has a new album coming out in the coming weeks.

Interestingly, Dead Mockingbirds uses some of the same TV interference in its new “Flight Plan” clip, along with tons of live footage from various clubs, the studio and tour hijinks.

Actually, road trip footage vibe is the exact same route Missing Sibling employed with its new “Color Inside the Lines” clip, which features the band flying Virgin to Hollywood.

Yet another new video this week comes from Party Static, which premiered its “Mr. Sexy Pants” clip via Alt Citizen earlier this afternoon. The song comes from last year’s My Cat Doesn’t Like That EP. Meanwhile, the band, which is currently on tour, debuted the title track from its upcoming Wasted Waster EP via Brooklyn Vegan. Check out both below.

Moving on, Smoked unveiled the lineup for its third go-round at Main Street Garden Park on September 24. Headlining this year’s barbecue-centric affair is Toadies, with performances from Shiny Ribs, Dirty River Boys, The Roomsounds and Dean Fearing’s Lost Coyote to kick things off. Tickets are currently on sale here — and be advised, the first two editions of this thing sold out way in advance.

Speaking of the Toadies, the band’s been posting plenty of updates its social media feeds of its members in the studio hard at work on a new LP. Along similar lines, Claire Morales is holed up at Echo Lab this week working on her new LP.

Before either of those discs come out, Jonas Martin‘s sophomore LP earns its release on August 19 at Double Wide. Likewise, The Dividends recently told Guide Live that they’ve got enough material recorded to release two more EPs in the coming months.

Finally, Fort Worth music licensing company Musicbed made a documentary called MAKE about creative types and freelancers trying to make a living from their various arts, wondering all the while why it is that they choose to do what they do when it is so financially unstable. Hey, we often wonder the same thing! The clip will premiere on Vimeo and On Demand starting July 18. Check the trailer below.