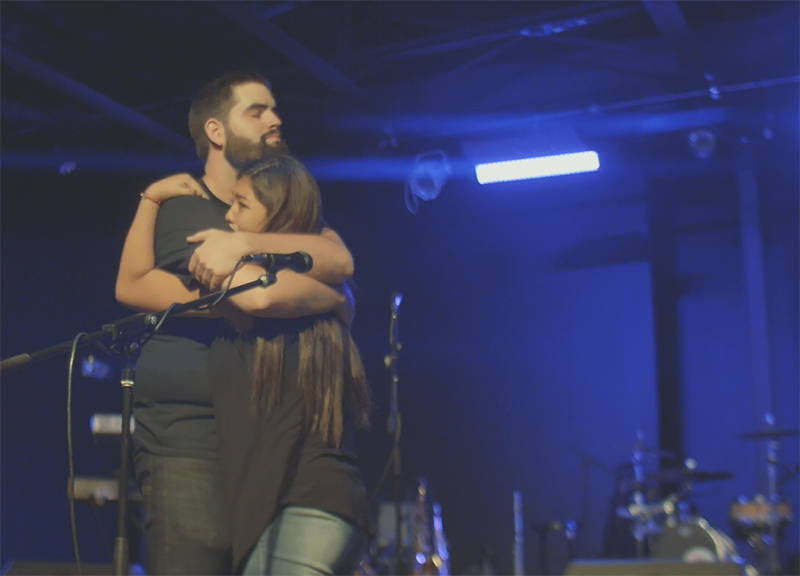 How DaVerse Lounge Kept Calm and Carried On As Gunshots Rang Out In Downtown Dallas.

There’s really no understating the chaos that ensued after the first reports of shots fired in Downtown Dallas began to surface on Thursday night. As the active shooter situation continued to unravel and word spread that five Dallas Police Department and DART officers had been shot by an unknown gunman, social media hit peak frenzy, only fanning those flames.

But at DaVerse Lounge, a space where young people gather to express themselves through music, dance and spoken word poetry, things were still peaceful.

Hosted at Life in Deep Ellum, DaVerse Lounge’s Alejandro Perez Jr. was preparing for the show that he’d been putting on for the past 12 years last Thursday afternoon. At 4:30 p.m., Perez, a teacher and mentor with the program, showed up to begin opening the venue. His band arrived shortly thereafter to begin setting up. Then followed DaVerse Lounge founder Will Richey, who’d come to work that day with a personal crisis of his own.

After spending the past eight days at his parents’ house in Baton Rouge, Louisiana – just one mile away from where Alton Sterling was gunned down by police on July 5 – Richey had returned home from his brother’s wedding only to find out that his father had been rushed to the hospital and required quadruple bypass heart surgery. When he arrived at Life In Deep Ellum, he asked Perez and DaVerse Lounge collaborator Thom Browne to join him in a prayer.

“We took three really long breaths, we said a prayer together,” says Perez. “And we got ready to start the show. But there was still this lingering bad energy. The night felt great, but something felt not right from the very beginning.”

The first half of the show, divided into two acts, was so energetic that it ran about 15 minutes past its scheduled end time.

“It was a beautiful, booming first set,” says Richey. “At 9, we take a break like we normally do, and when we’re on break, we start to find out little by little what is happening Downtown.”

“People just swarmed out,” says Perez. “It was feeling eerie in there. Usually when we finish a set, there’s all these hugs and embraces, and it just wasn’t happening.”

Perez and Richey began inviting people back into the venue, and led the crowd in a moment of silence and prayer. Perez performed an original song called “How Do You Want To Be Loved?” weaving in the tragedy going on outside the venue along with calls for positive energy and unity.

Throughout the night, videographer Andrew Holzschluh was there to tell the story, although not the one he’d originally planned. Originally a volunteer for DaVerse Lounge, Holzschluh had been contracted to make a “half-recap, half-explainer” video about the work that DaVerse Lounge does with young people across Dallas for distribution to educators.

Once everyone at Life In Deep Ellum was aware of what was happening downtown, Holzschluh kept filming.

“I was recording things naturally outside and trying to figure out what was going on,” he says. “At one point, I just left the camera recording, and that’s when we were hearing what was going on straight from an off-duty cop’s radio.”

Holzschluh kept the cameras rolling until he determined that it was safe to go home. He decided he’d figure out what to do with the footage later.

But as he began to sift through the shots he’d taken, he decided that he had to make a different kind of video.

“Most people go to the candlelight vigil or they bring flowers after something like this happens,” says Holzschluh. “I felt moved to just share that something beautiful was happening in the same city where this tragedy was happening, and we decided to keep that beautiful thing going. That was what we all needed, and it was my responsibility to make it.”

As the night wound down at DaVerse Lounge, two more young poets took the stage to reaqd their work. The group then read a piece together called “The Power of Poetry.”

“It’s a very powerful piece about how to use words as healing and how to invoke and invite the spirit of healing onto us and to our city,” says Perez. “It was so positive. Though it wasn’t super upbeat like it normally is, it was still a really good healing experience. Even in enduring something so bad like what had just transpired, we can use the resilience of the human spirit to heal each other.”