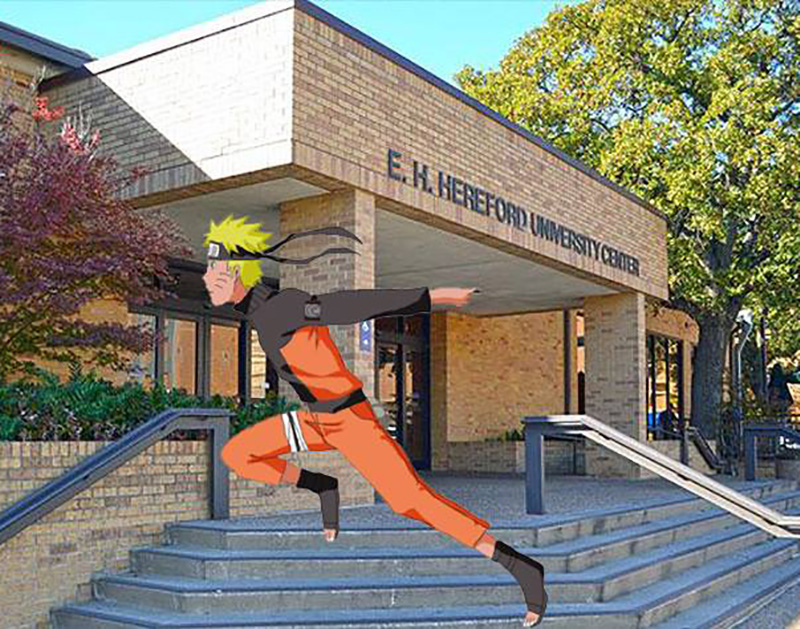 “Run Like Naruto” Events Are Popping Up On Facebook All Over The Country, And A Few Of Them Are Scheduled To Happen In And Around Dallas Soon.

Growing up, we all knew that one kid who ran through the halls in school leaning down with his arms behind him in a V-shape, like he was Naruto or something.

But maybe he was onto something? These days on Facebook, it seems as if everyone wants you to run down the street (or park or whatever) Naruto-style. Seriously: Just do a quick Facebook search for “run like Naruto,” and you’ll see a long-as-hell list of events lined up where people are planning on gathering all flash mob-style and running in unison like the iconic manga figure in unison at some point in the near future.

Not sure what Naruto running is? Here’s a WikiHow that can help. The video below features a solid, almost scientific explanation of it, too.

According to a report last week by the college news website The Tab, this origin of this recent rash of “run like Naruto” events can be traced to the Boston University, Penn State University and University of California, Berkeley campuses. Following that lead, local students in Denton and Arlington have now organized their own Naruto run in  the next few weeks: There are two runs scheduled to take place down Denton’s infamous Fry Street, one August 29 and the other on September 8; meanwhile, students at the University of Texas in Arlington will run like Naruto across the University Center on August 25. And, hey, it’s not just for college kids, either: Facebook also reveals a Naruto run in Dallas scheduled for September 8 down Greenville Avenue.

Ben Wilson, a music education student at the University of North Texas who organized the September 8 event in Denton, says he chose a Friday for his run so it could match up when the bars on Fry Street typically serve $2 doubles.

“I wanted it to be on a night when there’s more foot traffic, but I didn’t quite have a specific date in mind,” Wilson says. “I just thought that more people might want to join in [on a Friday].”

Wilson says internet trends like this one have always amused him and compares this manga-based one to those random events that popped up a couple of years ago along the lines of Smash Mouth at QuikTrip or Metallica at Hobby Lobby. But this time there’s a slight twist, Wilson says.

“People are actually interested in going and doing these things in person,” he says. “It’s joke and a meme, but people will actually do it and run at this event. That’s where this is a bit different.”

As far as our research goes, one possible explanation for these runs could be the upcoming 15th anniversary of the premiere of the original Japanese run of the Naruto animated television series on October 3, 2002. Our guess is that most people don’t realize that, and that they just think running like Naruto is a funny idea.

“I’m just planning on doing the run because I’m going to be out, but I don’t want to be dressed like that for the rest of the night,” Wilson says. “I imagine there will be a good group of people who will dress up — and that’s great if they do, especially if they’re really into the show.”