Almost Too Good To Be True? 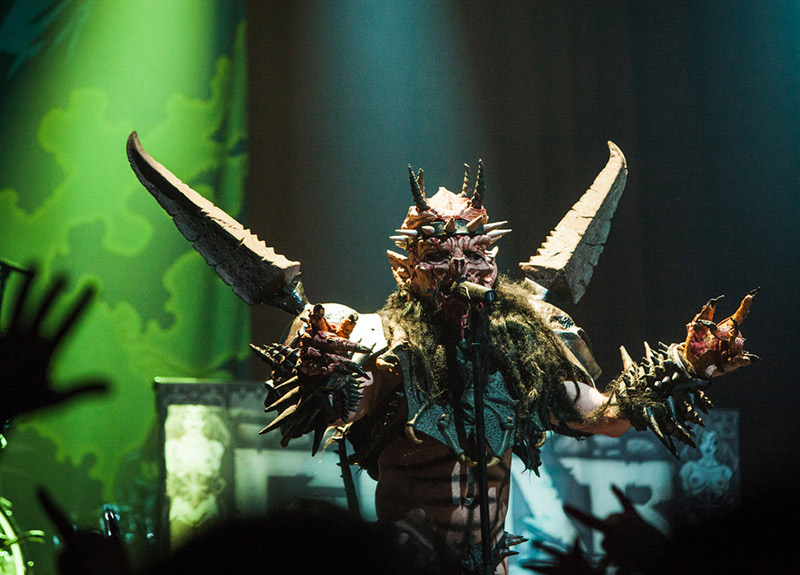 The Facebook Event Page For A GWAR Show At The CiCi’s Pizza In Wylie Isn’t Real. OR IS IT?

Been perusing the annals of Facebook these past few weeks? Then you’ve likely spotted the latest trend of event pages being created for elaborately hoaxed events — more specifically, for surprise concerts from recognizable acts going down in unlikely everyday locales. Here are just a few of these too-good-to-be-true shows that are “happening” in the Lone Star State in the next couple weeks:

• In Austin on May 24, you can check out metal icons Metallica, uh, open up for early 2000s pop-punksters Sum 41 — all while sipping a rainbow-colored milkshake at Sonic.

• At a McDonald’s in Houston on May 27, Biz Markie will make Friend Zone accusations about you as you chow down on some McNuggets.

• On June 18, gore rock icons GWAR will spew all over the buffet at a CiCi’s Pizza in Wylie.

You can credit local DJ and avid record collector Bryan Coonrod for that last one. He created the “GWAR at CiCi’s Pizza” event about a couple of weeks ago as a lark, finding humor in the trend. Now the event has — at this point, still a month off from “happening” — garnered Coonrod 5.7K “interested” fans, and counting.

“Needless to say,” Coonrod now says, “my notifications have gone through the roof.”

Things have gotten so out of control, in fact, that CiCi’s Pizza’s has gotten in on the fun, at one point posting the following now-deleted update.

So, just talking out loud here, could this really happen? The company’s tagline is “Almost Too Good To Be True,” emphasis on almost. Also? GWAR bassist Beefcake the Mighty is played by Dallas’ own Casey Orr, a guy who also moonlights in the Dallas-based metal band Warbeast.

Could these factors maybe swing this event into action?

Probably not. Says Coonrod: “I met [Orr] once at Gas Monkey,” but, unfortunately, that’s as deep as their relationship goes. He has not yet reached out to him about this event. And he’s not sure yet if he plans to, even if his friends have been encouraging him to do so, while also suggesting that he launch a GoFundMe page. Something else to consider: GWAR’s June calendar is wide open.

Let’s just be real, if this happened, it’d be amazing. And some meme-aware band is going to play one of these things eventually. That’s how the world works now.

Orr has not yet responded to our attempts to reach him for comment.

Update at 5:39 p.m.: Well, so much for that. The known censors at Facebook seem as tired of the joke as everyone else is starting to be. They have now deleted the event page, and Coonrod tells us he was locked out of his account today until he agreed to stop posting on the matter.

On to the next meme!