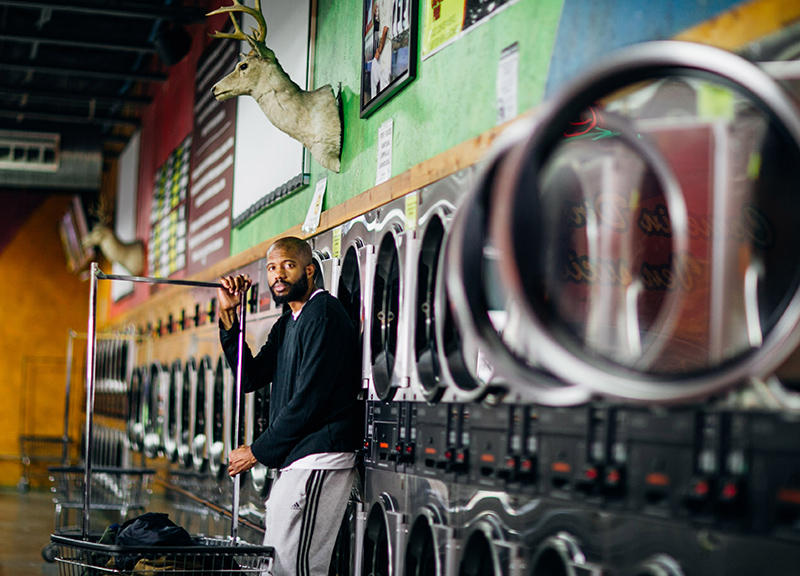 Before Simon Phoenix Became Dallas' Renaissance Creative, He Had To Realize It Was An Option.

In a city full of creative professionals, there are certain names and faces that stand out because they seem to be, well, everywhere. While we've dedicated a weekly series to showcasing some of these individuals, there are people like Simon Phoenix that remain an enigma outside of attendance at popular events.

While little is known about the man who took on Wesley Snipe's character from Demolition Man as his creative persona is that there's no question he has a wide reach across carious artistic pursuits, be it DJing weekly events or radio shows like Local Over Everything, performing spoken word and poetry at various events around town or flashing his gorgeous photography talents.

Simon Phoenix is known to be a man of many talents, not to mention someone that certainly should cause a bigger blip on a few more radars in North Texas. Recently, we caught up with the man himself to learn a little bit more about how he stunts on the rest of us.

You have your hands in a little bit of everything — music, poetry, acting, graphic design. What would you say your actual professional title is, if you had to put it on a LinkedIn profile?
Father.

How do you balance your creative life with being a father?
I don't sleep!

Really? How much do you sleep, on average, a night?
Three to four hours.

What projects and endeavors are you involved with currently?
I don't like to talk too much about stuff like that. I guess, mostly, my work with Epocha is probably the main thing over this past year. I came in with Marty Olivo, who heads up Dallas Rising. We came in and tried to create some media for Epocha. They were just opening, and we already knew how to do it, [so] we were like “We'll just do it.” As time went on, Marty went on to do other stuff, and I just kind of stayed there. That's pretty much what I did, just sort of tried to help shape their identity, at least online. I had no idea, really, what I was doing, outside of taking cool pictures and stuff like that. Even then, I was learning, because for a majority of what I would do there was product shots, and before that it was portraits and event photography. So I learned how to do product photography, with a completely different shift. You have to understand the product before you shoot it. Then from there, [I was] learning the marketing end, because you don't necessarily have a wealth of resources; you have to figure out how to use what's available to you. Other than that, I DJ — [but] I don't even call myself a DJ, I just pick songs and try to play them in a cool way. It all really started because a friend of mine [Dallas rapper -topic] wanted to find a different way of sharing himself musically without having to get on stage and rap. So I said, “Let's do it!”

It seems like Epocha is starting to pick up and become a brand that people have identify with.
It's actually ironic because I've actually been less involved there lately. It's kind of cool, because that's actually what I've wanted to do, help people find their own stride and help out where I can. It's more about developing a relationship, and learning both ways.
It wasn't like a one-way street, where I was just telling Epocha what to do. It was learning and figuring out what is this thing that we have here, how can we shape it, and then finding a sort of rhythm. I imagine everything now is just keeping with that rhythm.

What does a typical day look like for you?
I go to work. I come home. I play with my kids. I spend time with family. I'll stop by Epocha once or twice a week to get product shots or do some event photos and update or maintain the website. I try to break my days down into portions, if that makes sense. I have the eight-hour portion, which is my full-time [job], then I have different four-hour portions that I break down, depending on what type of project that I'm working on. It's not like a typical day; it kind of shifts and rotates, depending on my priorities. One day, I may spend two hours just researching music, purchasing or downloading, depending on how the artist made it available, setting up queue points for DJ sets, basically practicing my mixing. Another portion of the day, I may just be editing photos. Another portion may just be editing videos and figuring out what network or platform it's going to go on. There's a specific set of my time that's spent just learning new stuff. It's not like a set schedule any week, just what do I need to do to get something particular done. I've tried [doing] a set schedule, and it never works. I find myself getting frustrated, and not doing anything. Now I just say, “Hey, what can I do now?” That's my schedule.

What would you say is your favorite form of creative expression and why?
Fatherhood. But if I had to choose a creative outlet, what I prefer, well, I've never had one, honestly. I've never had just one [favorite]. If you talk to anybody that knows me, they'll probably say “He has his hands in everything; he does everything.” Some people will have their personal opinion, but [I'm] not a master of anything, which is a valid criticism. I'm not a master of anything, but the only reason I've wanted to do so many different things is because I never wanted to feel like I could be stopped by not knowing how to do something. I never wanted that to be a reason why I couldn't do something. I don't really have a favorite, because I never wanted to be limited to just one thing.

Fatherhood is a really good answer that no one gives. No one ever understands the creativity behind fatherhood.
I figured, if you can be a parent, you can be anything. I feel like it's the hardest thing you could ever do in life, to be a parent. Just the way it makes you look at your life is crazy.

What are some of your biggest creative influences?
It's so weird because I've had so many influences over my life that have passed through. It's almost kind of like, at this point in my life, I'm trying to go back and uncover a lot of that stuff. For the first half of my life, there were a lot of things that I wanted to do that I thought were cool, but I never thought in a million years that it was possible for me to achieve or do. My first creative endeavor was art; it was always art for me. I was always painting or drawing, I had mad sketch books, and the only way you'll see any of it now is if you ask my little brother. He kept all of them for me. I was really big into graffiti art. I was never brave enough to actually go out, but in the sketch book, I was on it. But at a certain point, I felt like things weren't possible, because for the type of stuff I wanted to do, there wasn't a market for it. When I was growing up, my parents were always big on figuring out a life path that would make you money and take care of you. So I put all of that down, and put everything I was into in athletics. As a black man, I felt like that was the only viable option for me. I was a personal trainer for a while, because it was the only thing that made sense for me as a former athlete, at that time, to make money. I quit that, and came out [to Dallas] to figure out something I wanted to do.

I read a quote by Rodney Blu that you were brought into Local Over Everything to bring “some semblance of order.” What do you feel like you brought to the table in order to accomplish that?
I don't know if I did anything, if I'm being honest. I came in, showed up and played music.

You act too, right? How did you get into acting?
My major was in communication studies, so a part of it was performance theory, and stuff like that. So that's how I got into it, breaking down performance theater and how to actually deliver a performance, based off of whatever you set forth to do. Then, being in spoken word poetry, that's all performance art, a hundred percent. It was just a natural segue. It was never anything I considered heavily, except for maybe when I was 12- to 14-years-old, and was watching All That. I wanted to be on All That! That was the only type of acting I ever thought about doing. I wanted to be fucking Kel Mitchell.

What are some projects that you look forward to getting into in the future?
Honestly? I guess, more or less, it's drawing back into myself. I've put a lot of myself out there, helping other people and I just think it's time for me to take care of myself for a little while. Right now, I have some personal projects. It's just things that I like, and things that I never thought were possible. I would like to start making more music. Music was something that was always so special to me, that I didn't want to do it half-assed. I tried my hand at it before, and I would get so frustrated at how bad it was that I would [tell myself], “I can't do this.” But I would actually like to start producing and making my own music. With all the things that I've learned, I literally have everything at my disposal to be able to share that with people in a way that I think would be interesting and entertaining. I just need to get a point where I can devote all the time that I have left to do what I need to do.

Knowing what you know about yourself now, if you hadn't tried to go into any creative field, what could you see yourself doing?
I would've done everything that I was afraid to do when I was younger. Basically, everything that I'm doing now, I would've done it [sooner]. I would've worked harder to figure out how, if I would've known it was possible for me. A lot of stuff, I was just insecure about, but just didn't do. I love to dance, but I never joined a dance team, because I was afraid of not being good at it. I would've tried to play more instruments, or make music, but I was so afraid not being good.

People consider you to be one of Dallas' busiest creatives these days. I imagine that's a change for you, then?
I didn't know I was! I didn't know anybody was paying attention to me, honestly. I don't really pay attention to all of that. I don't want validation; I don't want press, really. I do stuff because I wanna share it with people, not because I want attention. I hate fucking attention. I get nervous. I just wanna do good shit. 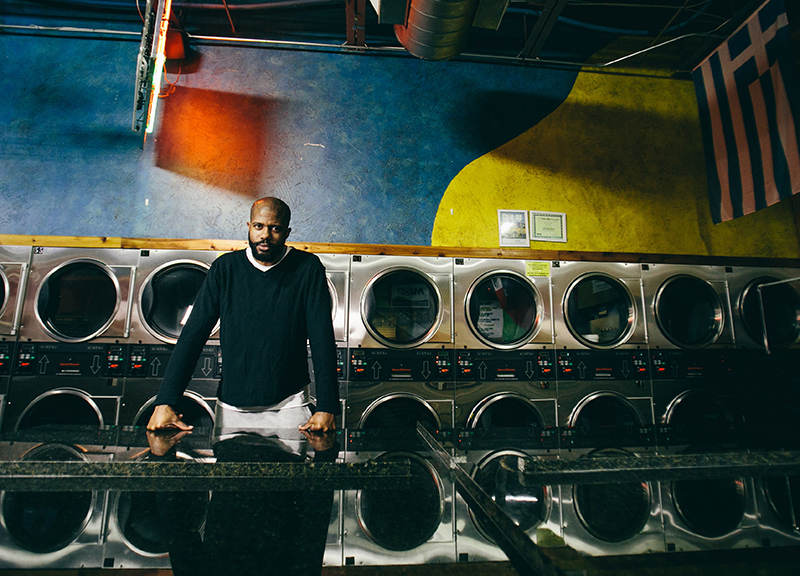 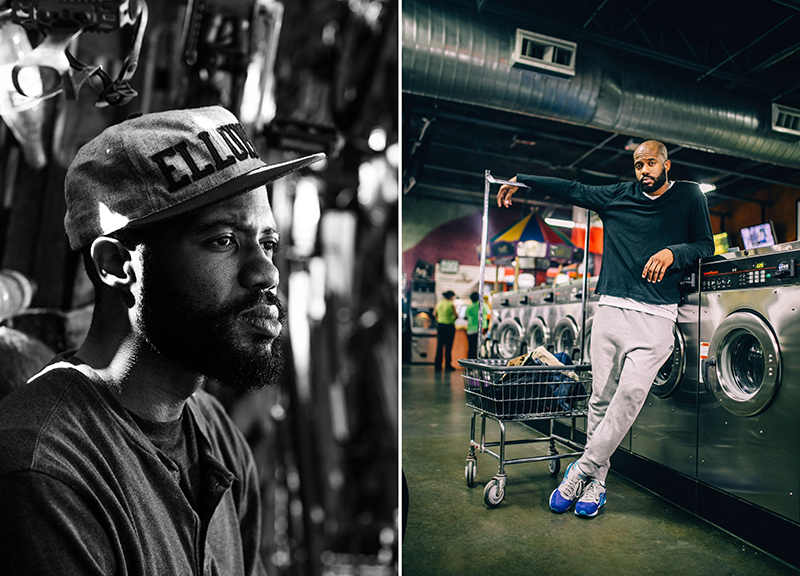 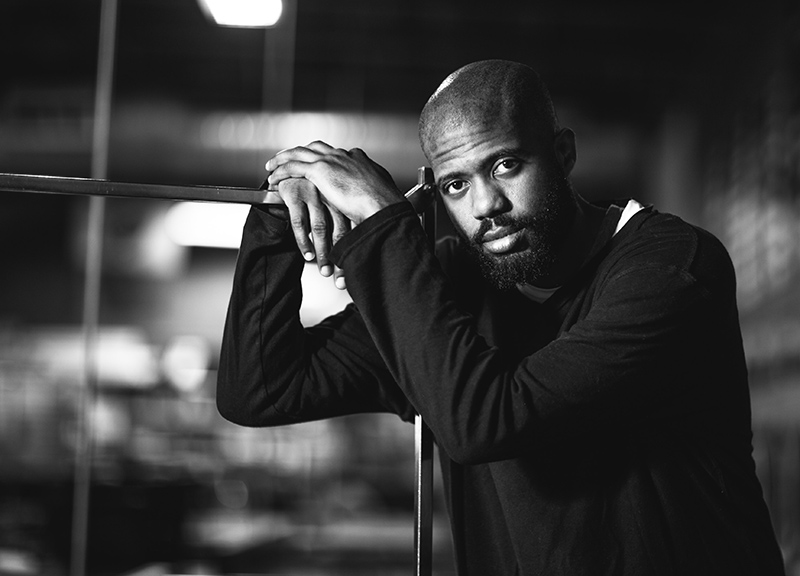 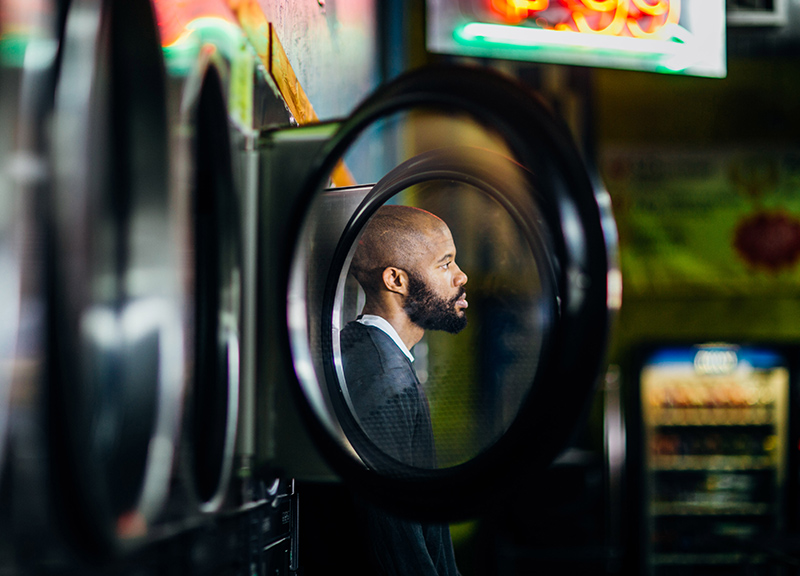 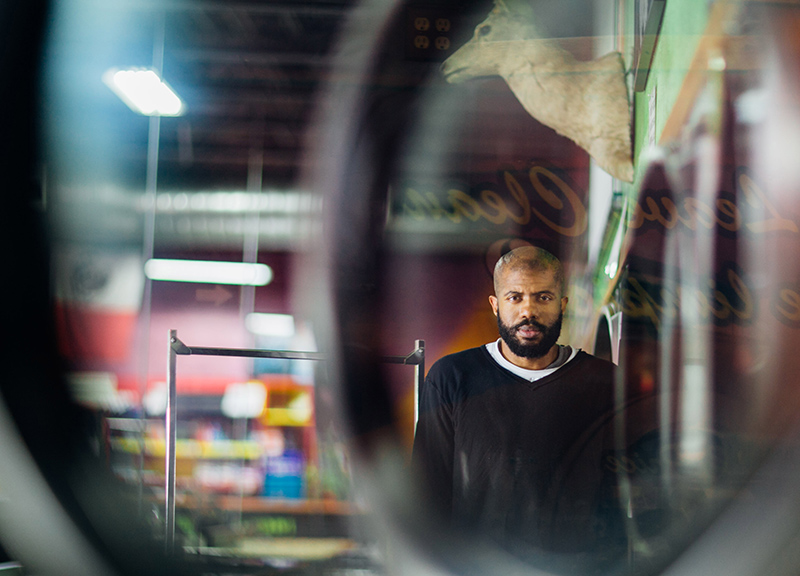 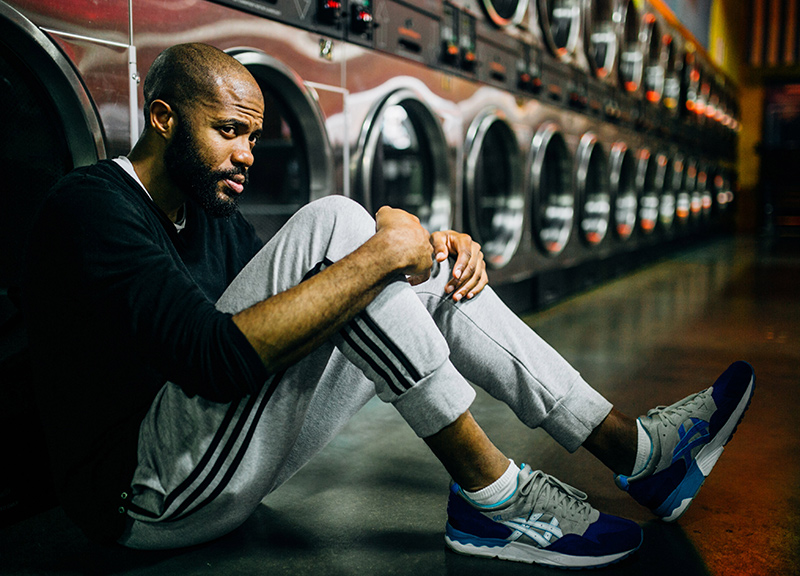