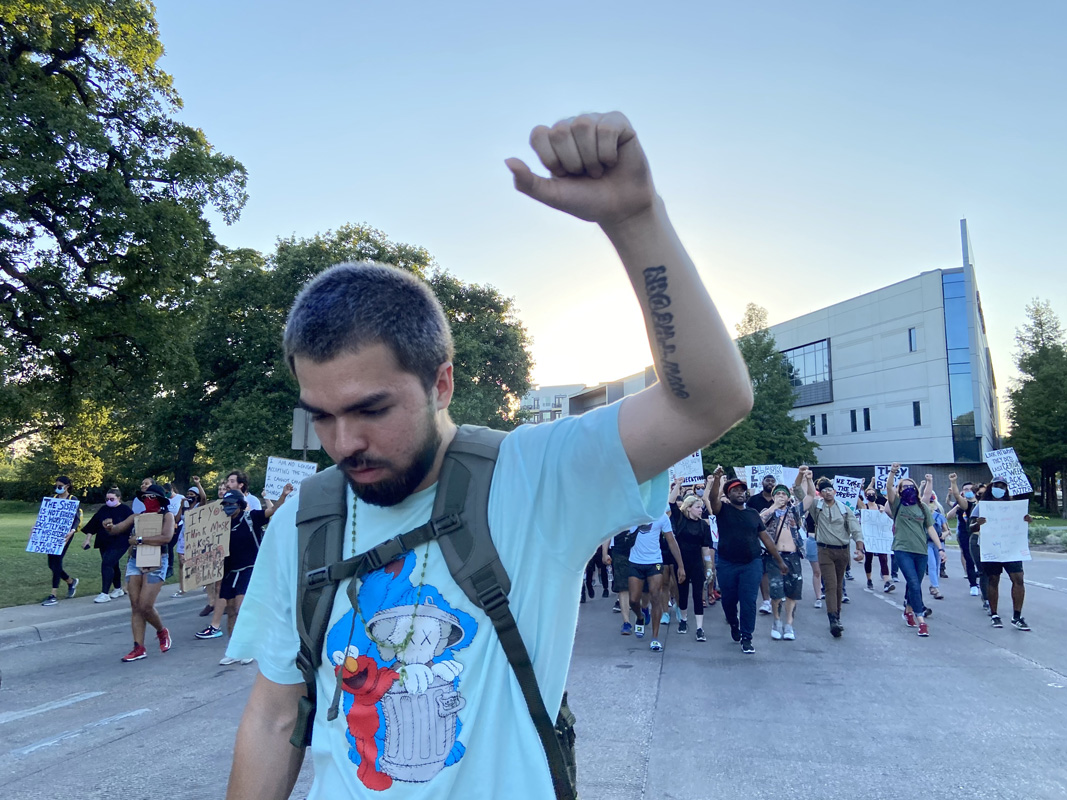 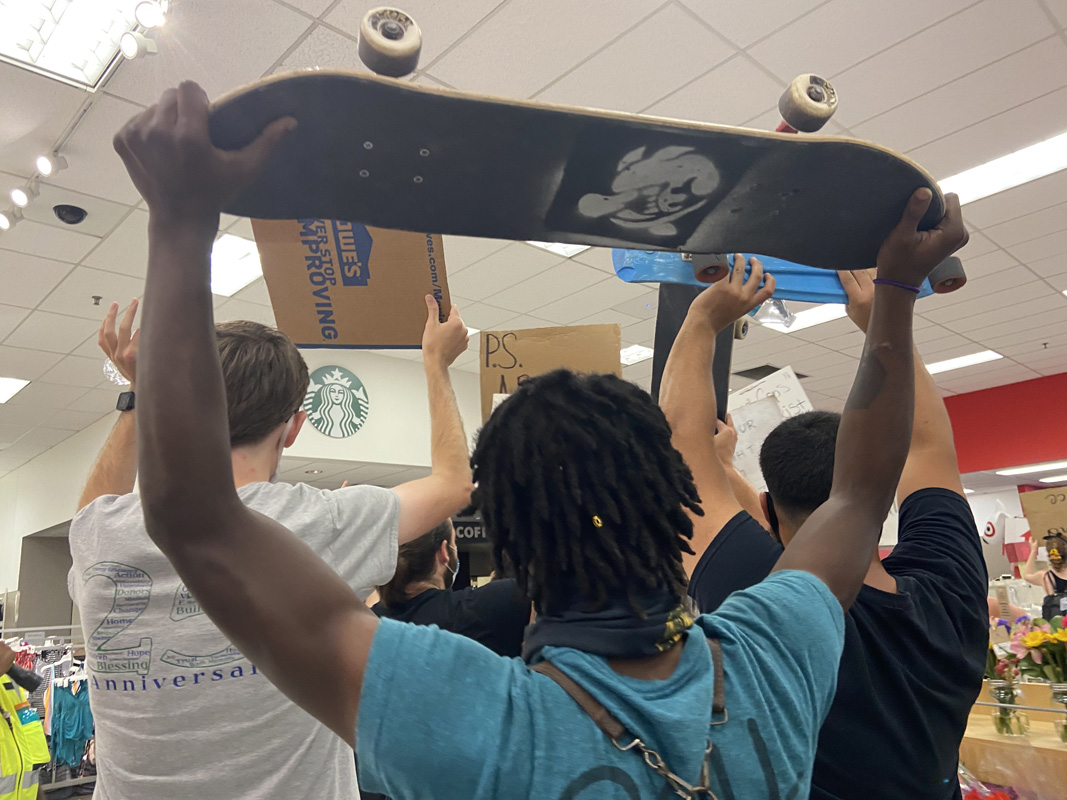 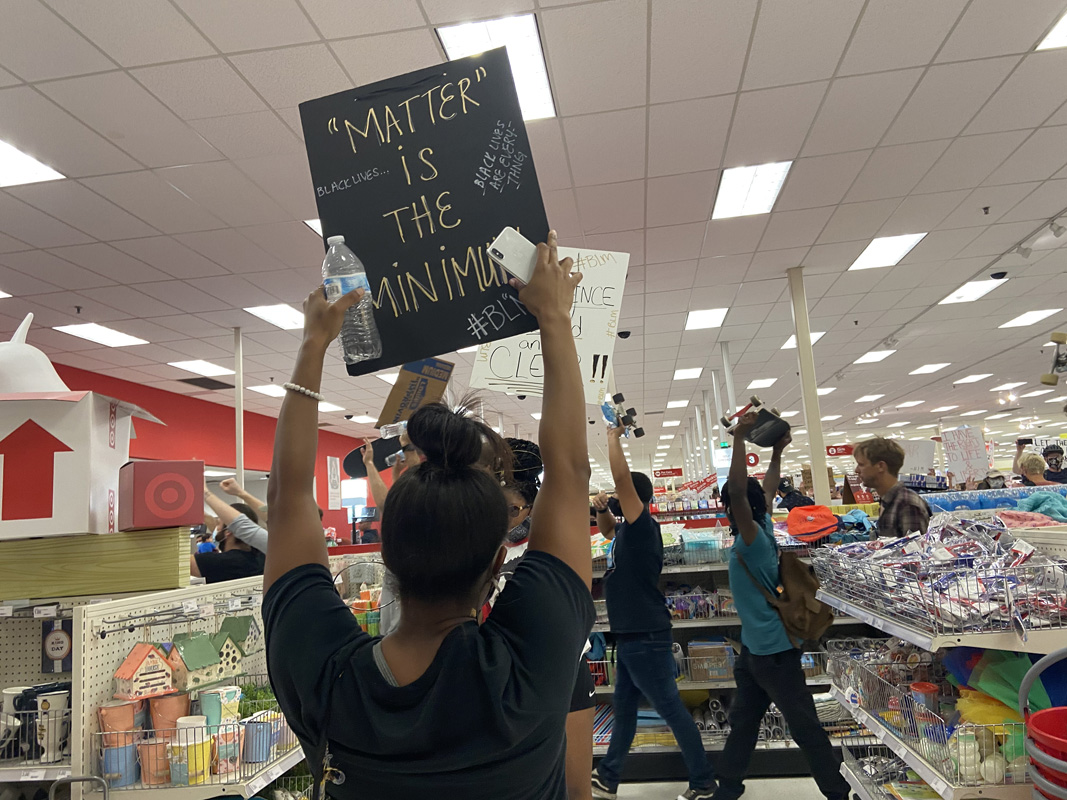 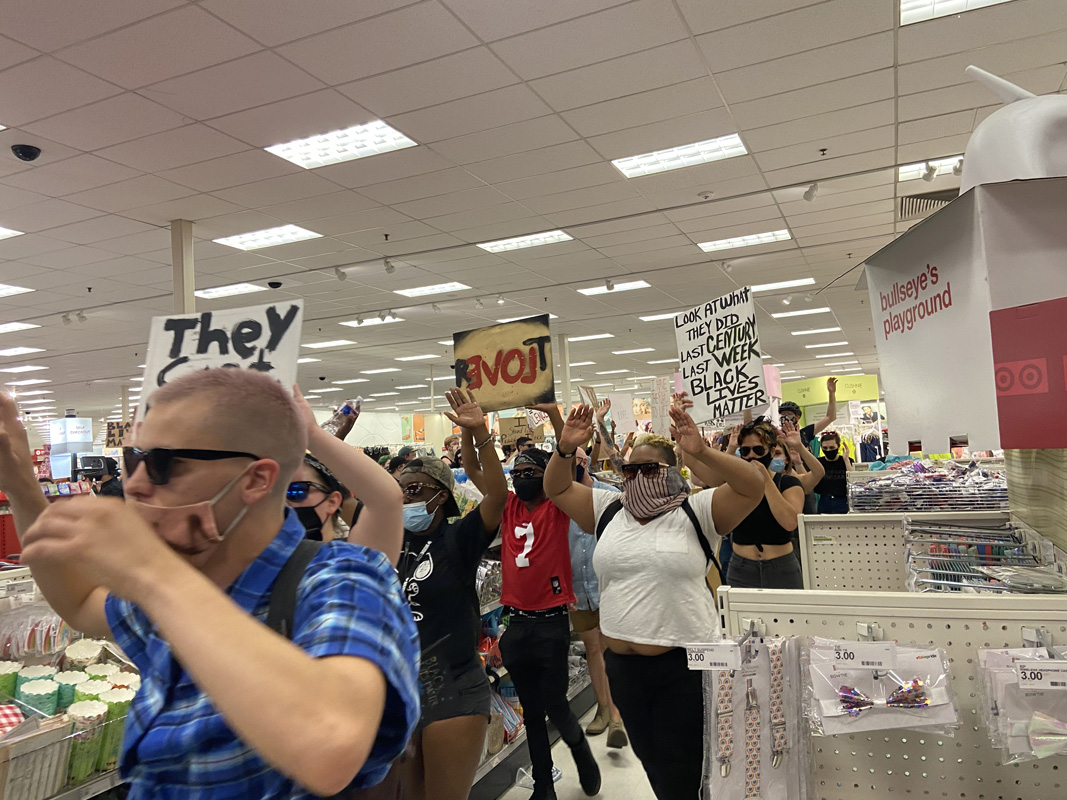 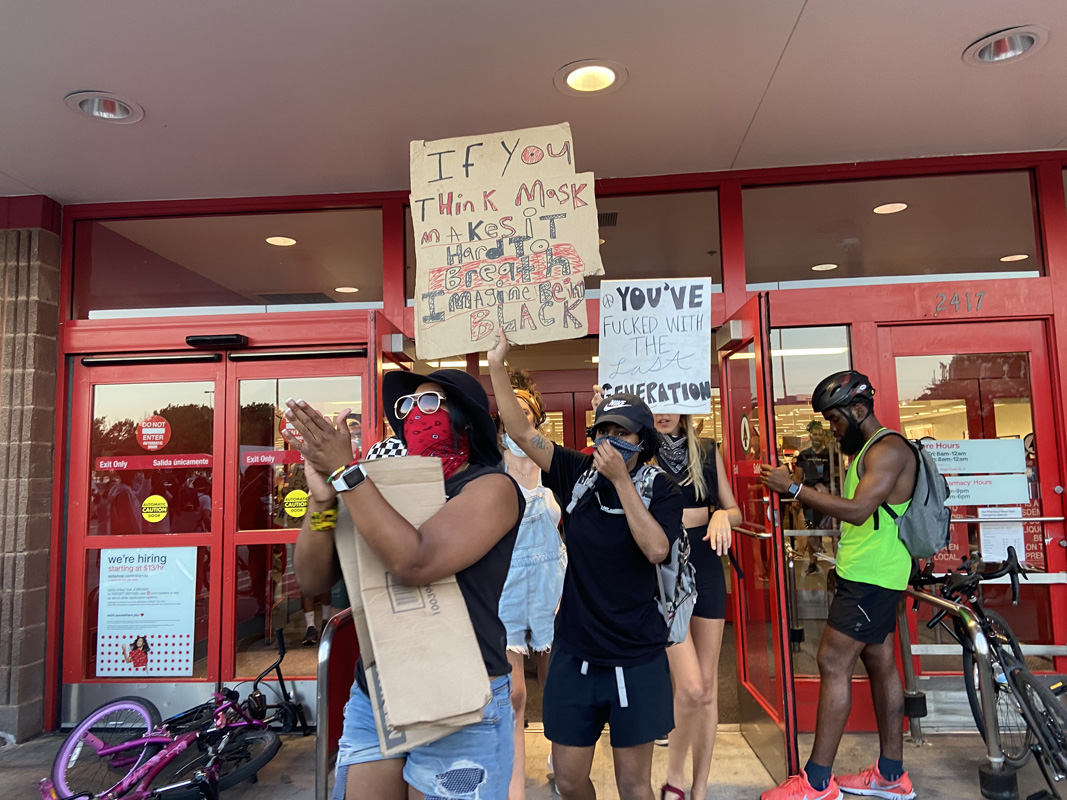 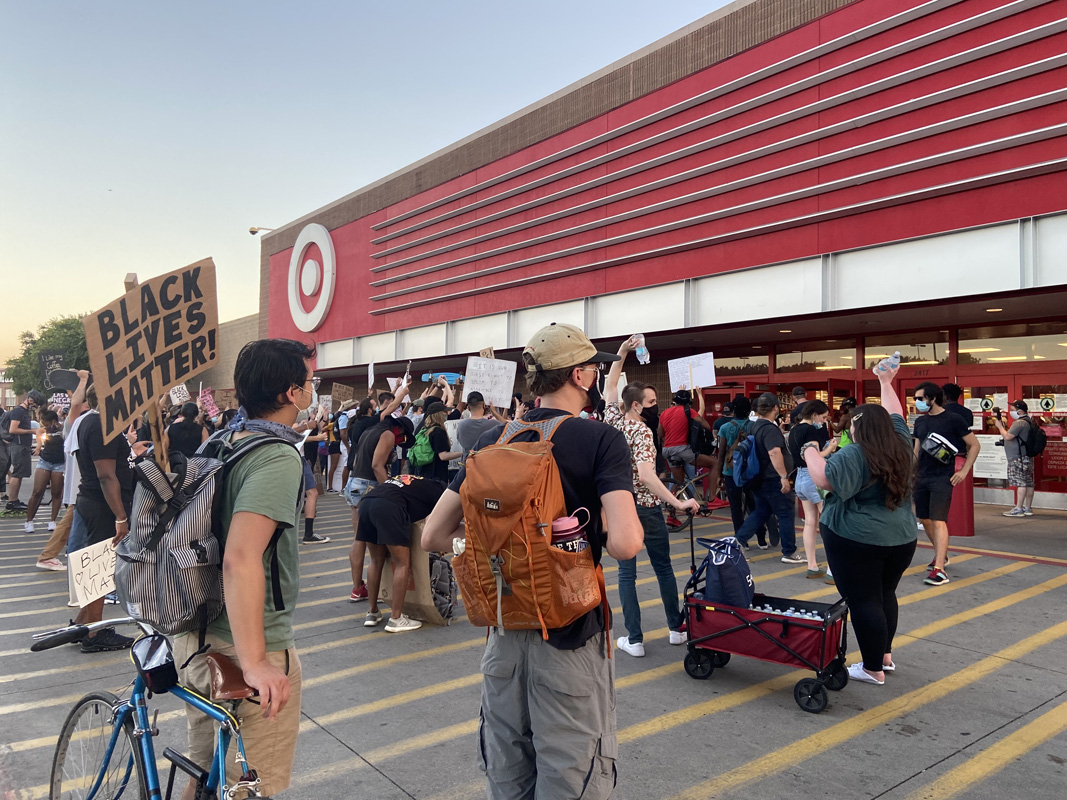 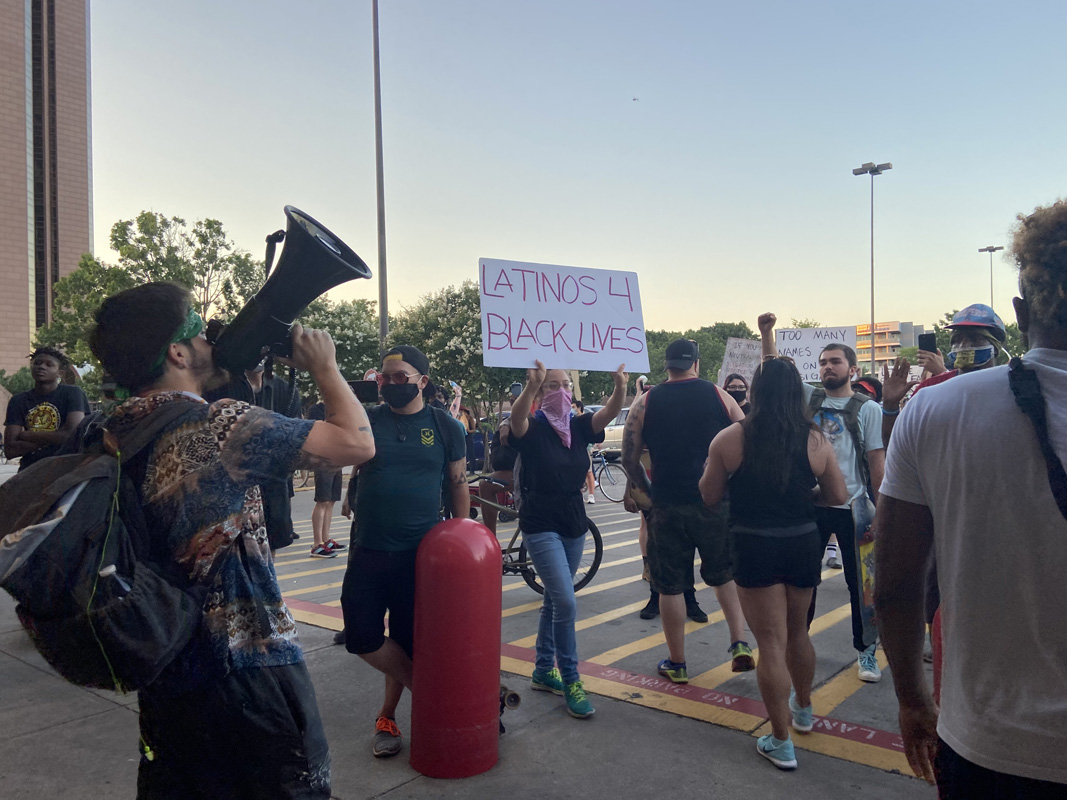 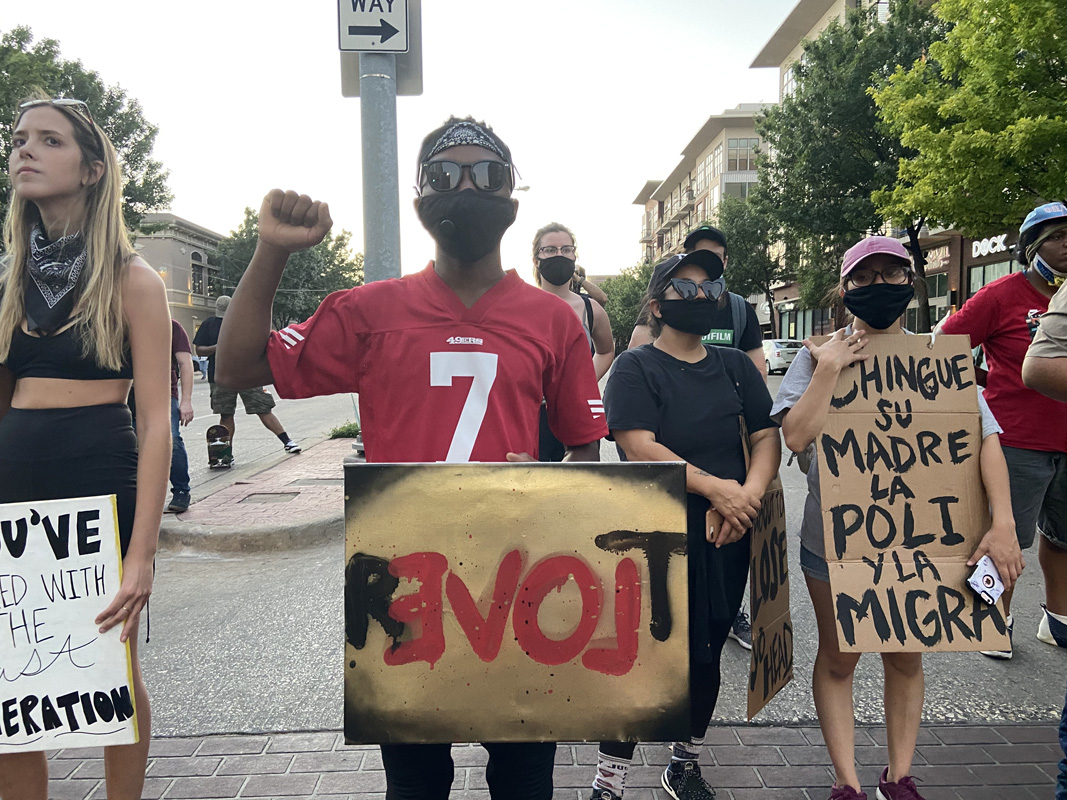 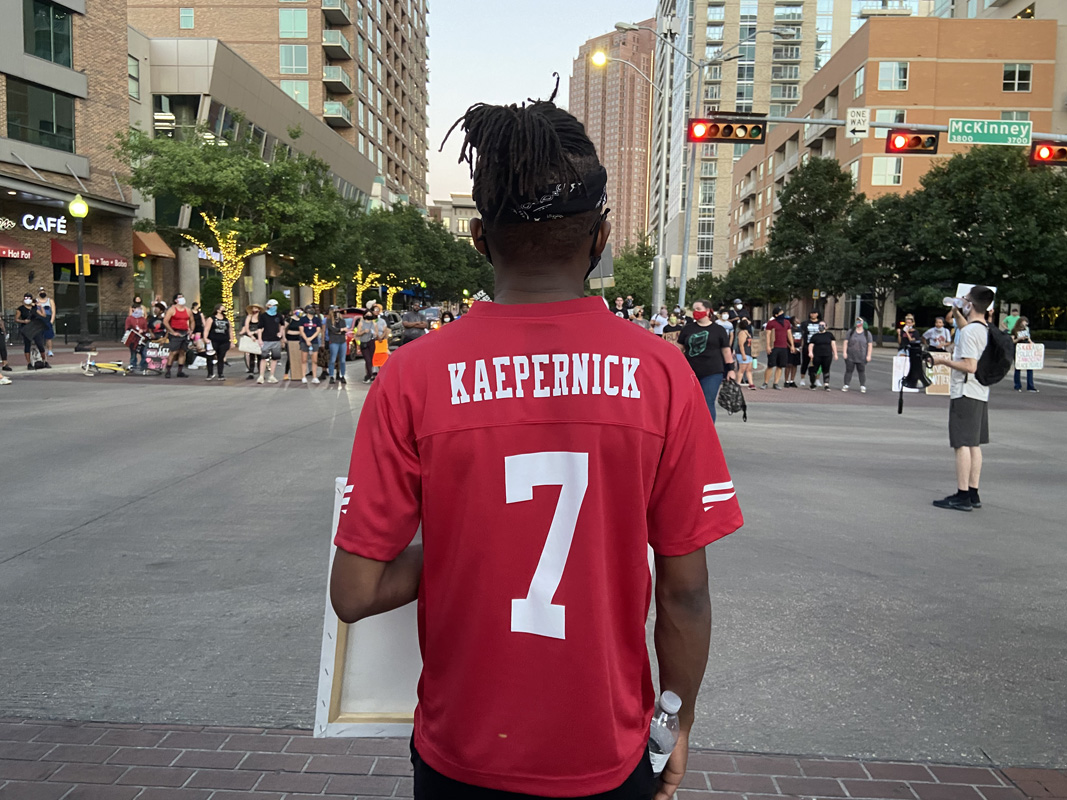 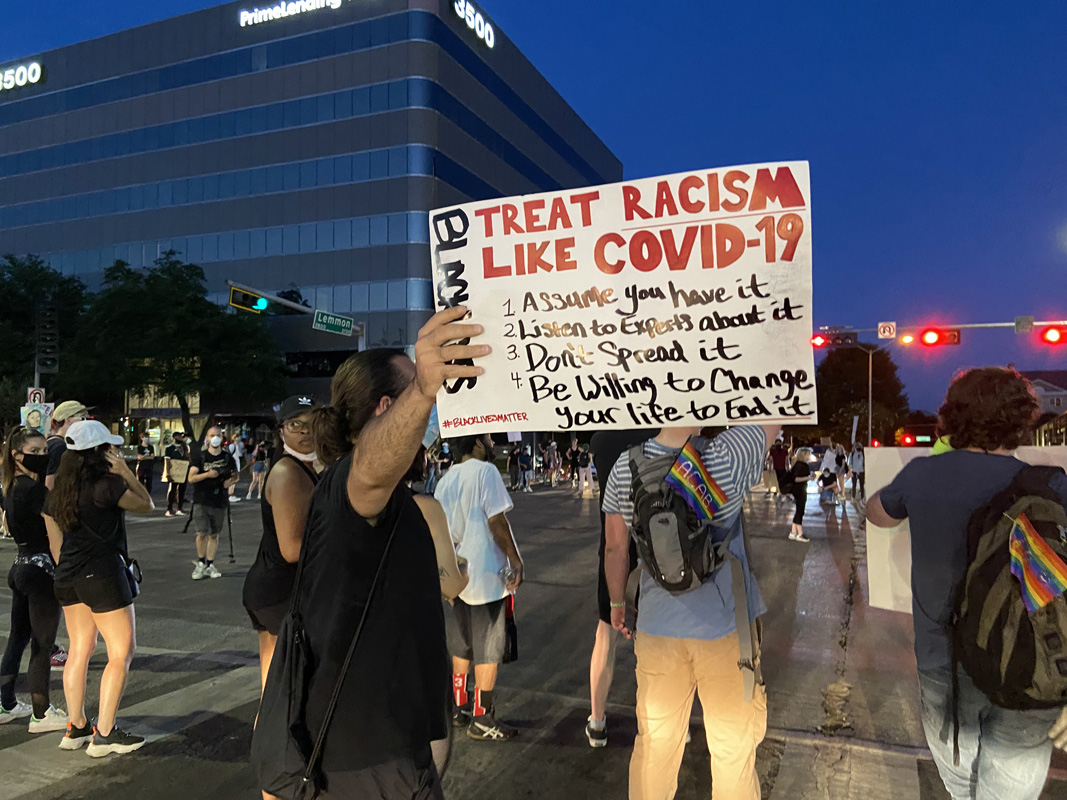 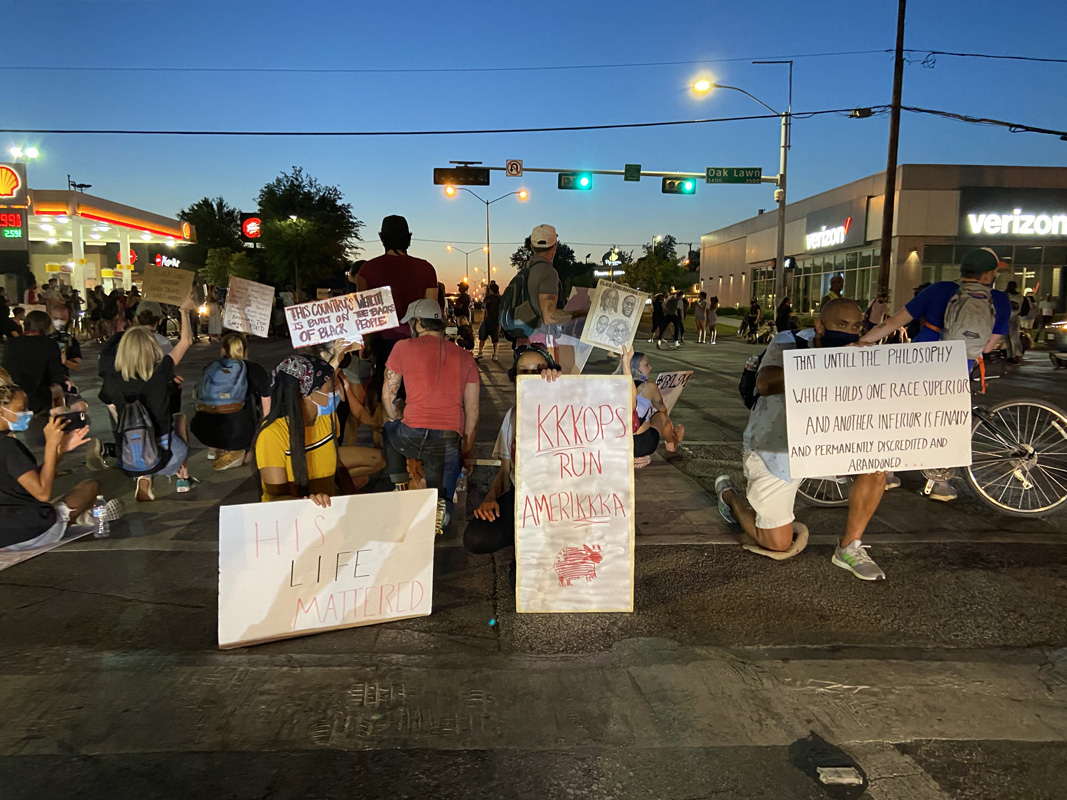 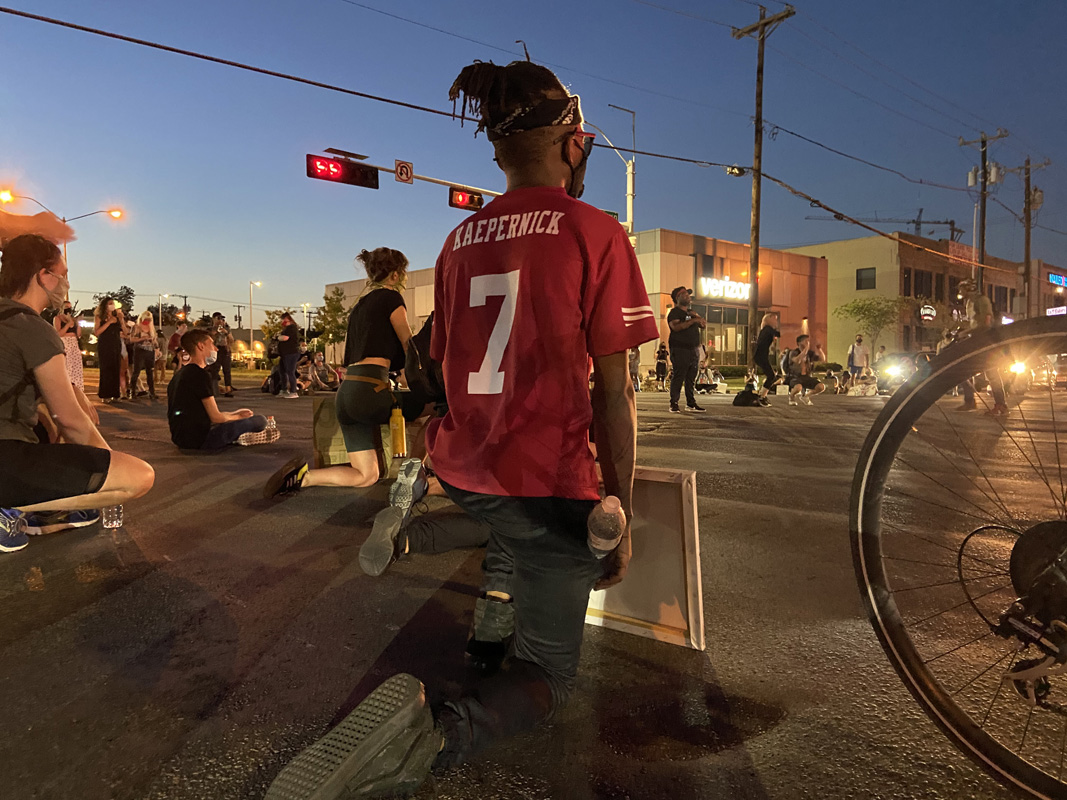 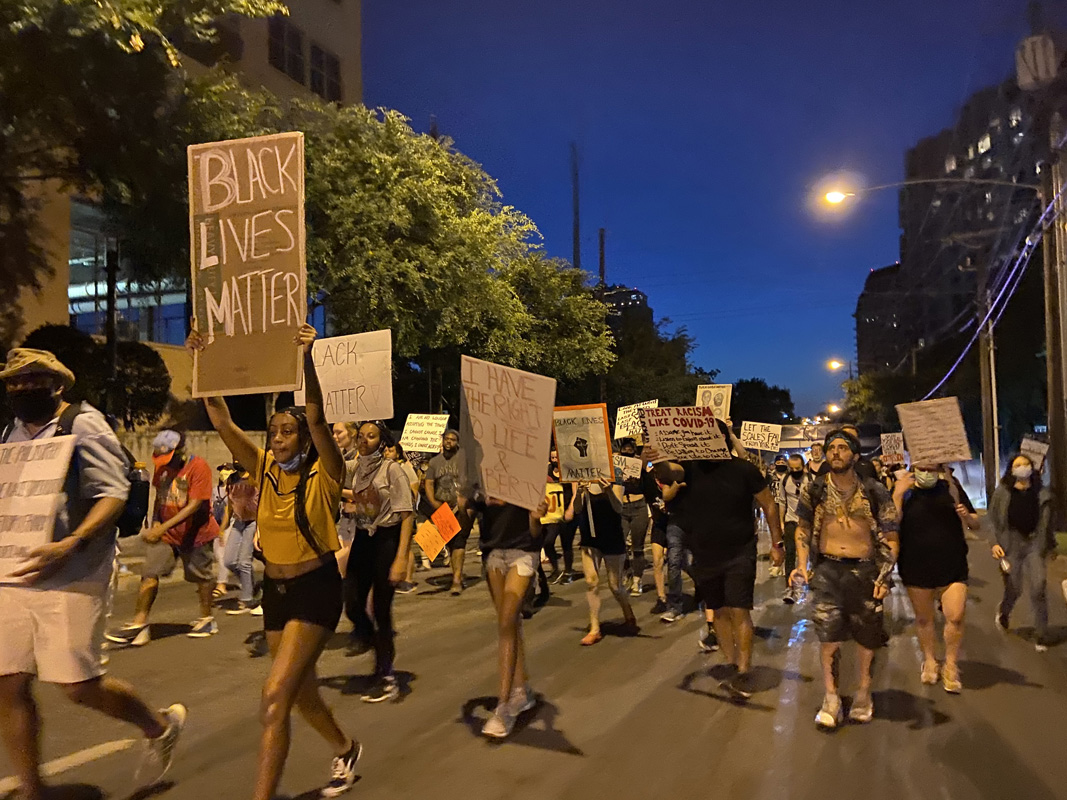 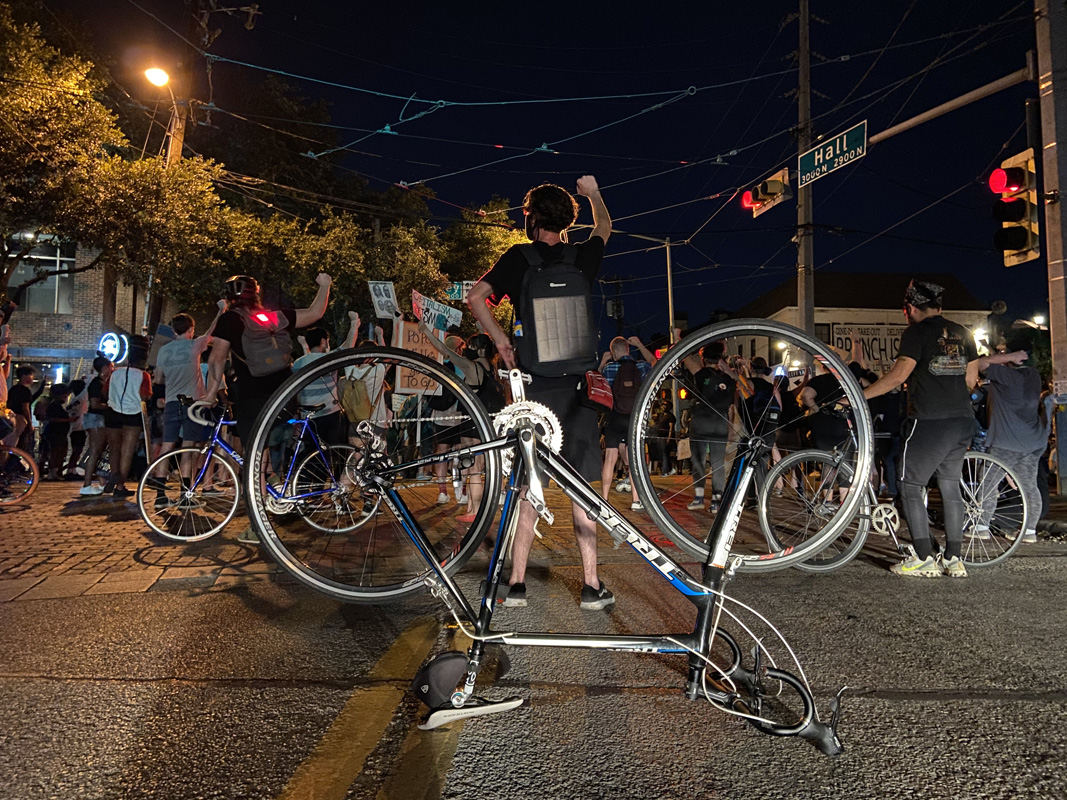 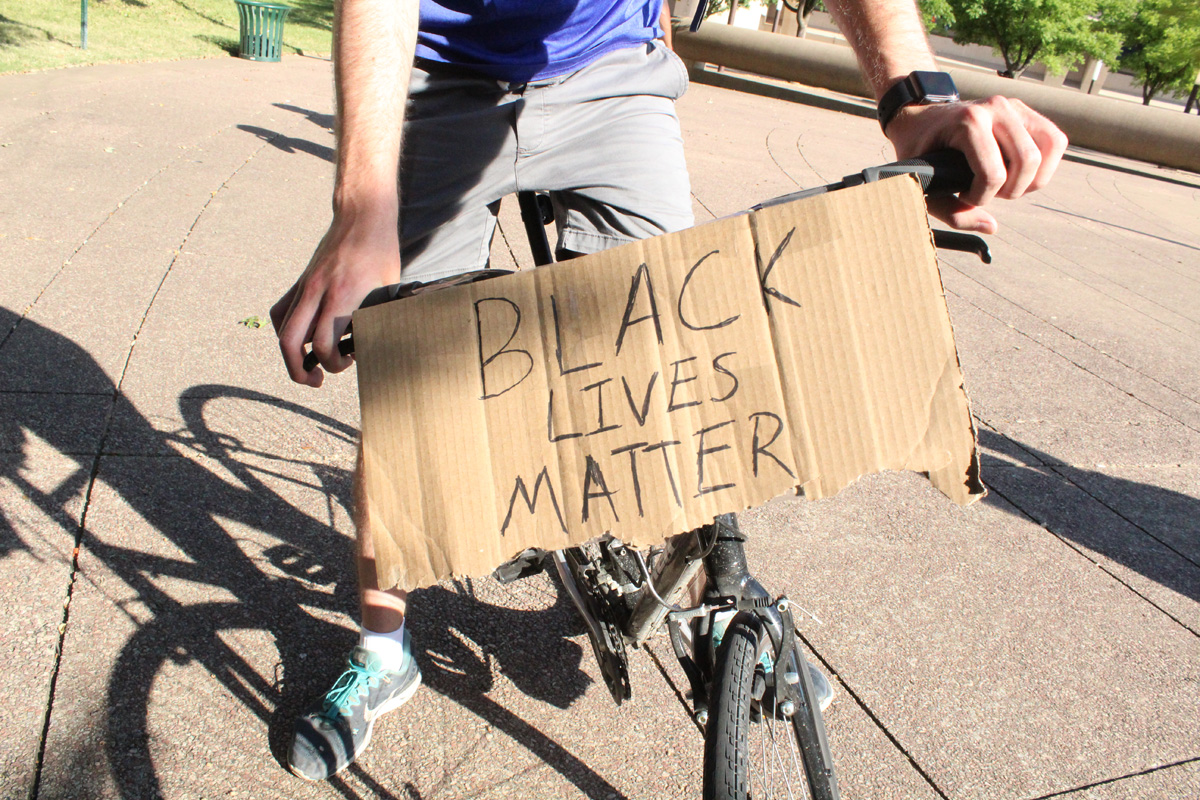 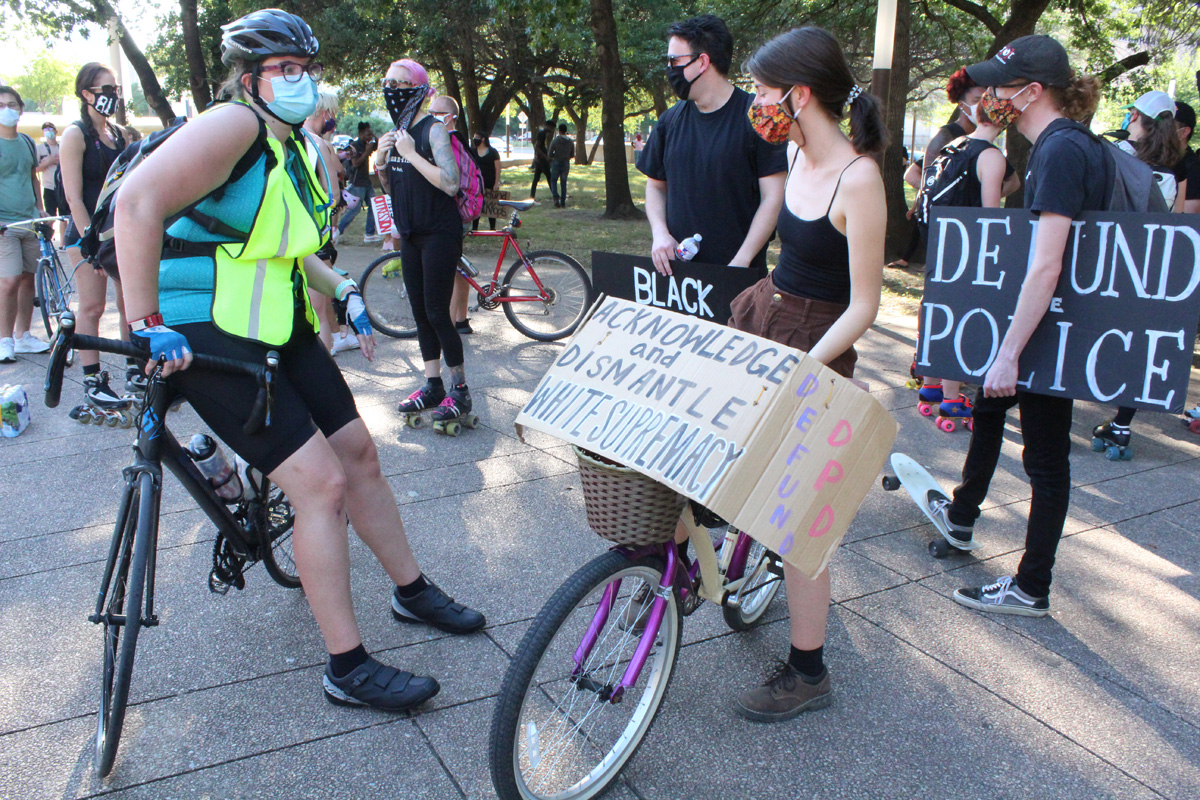 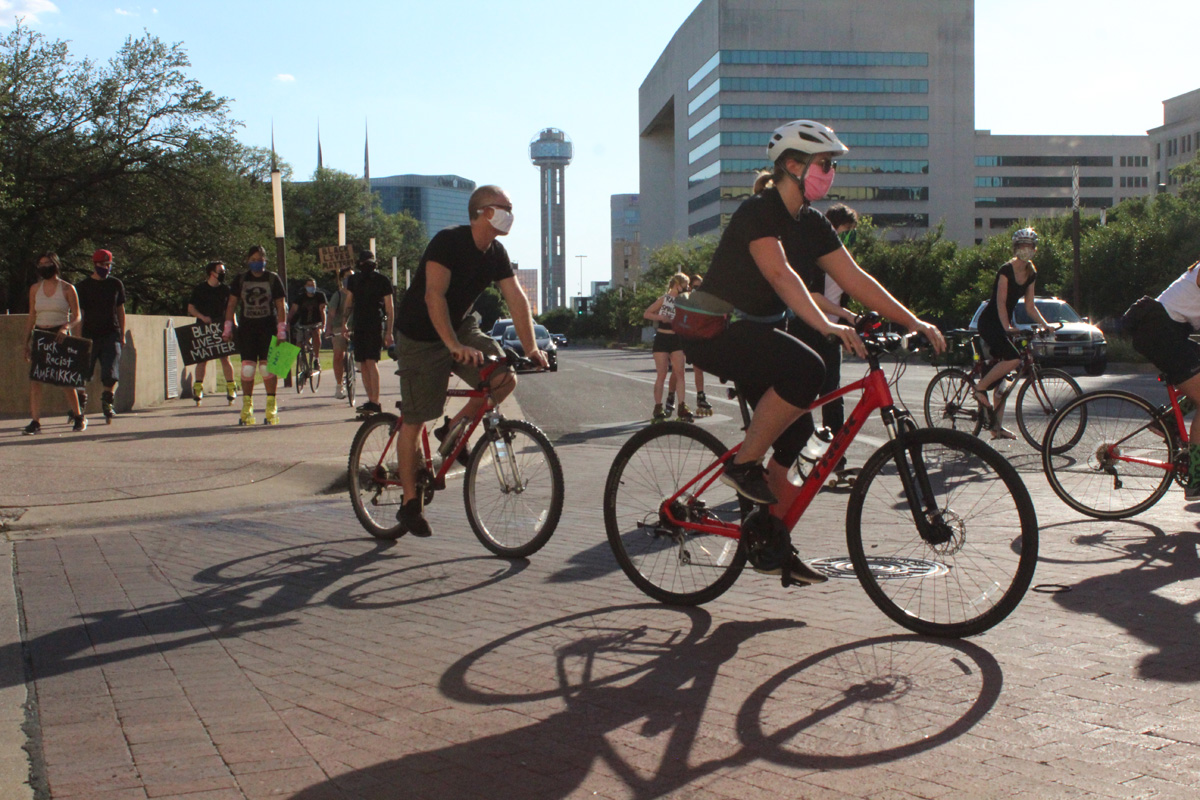 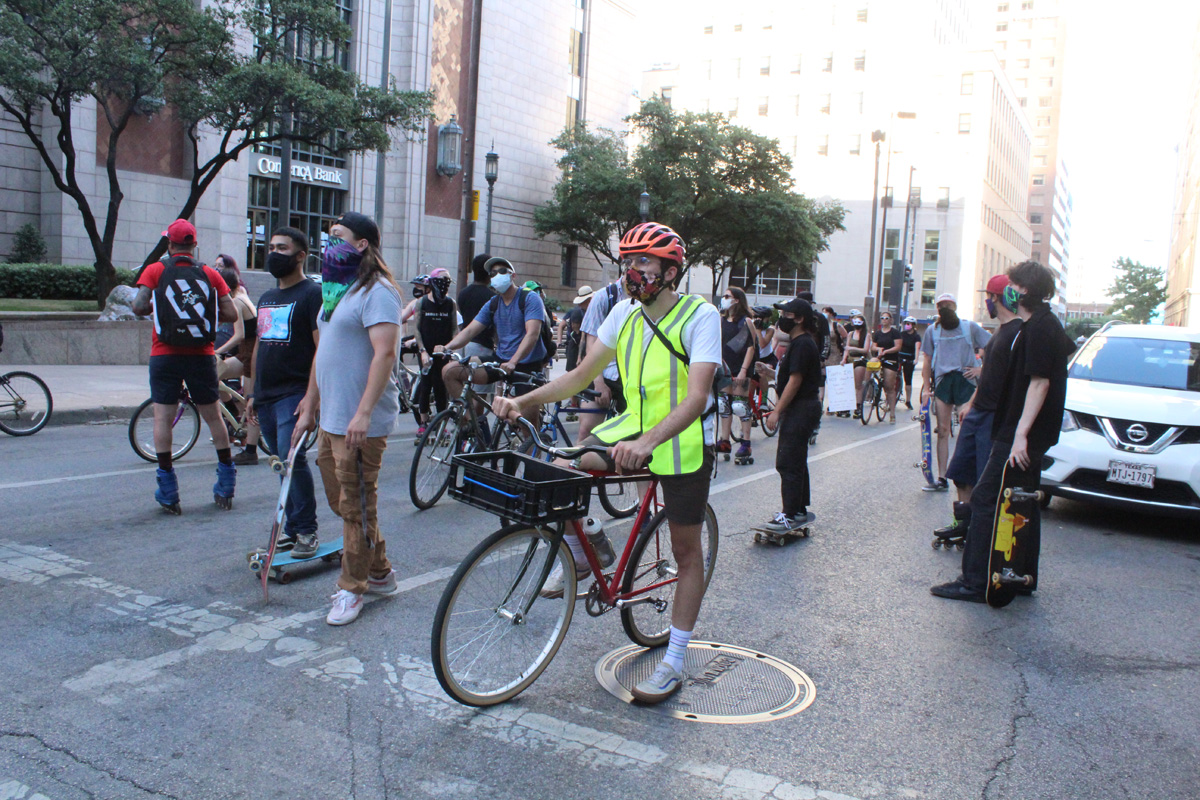 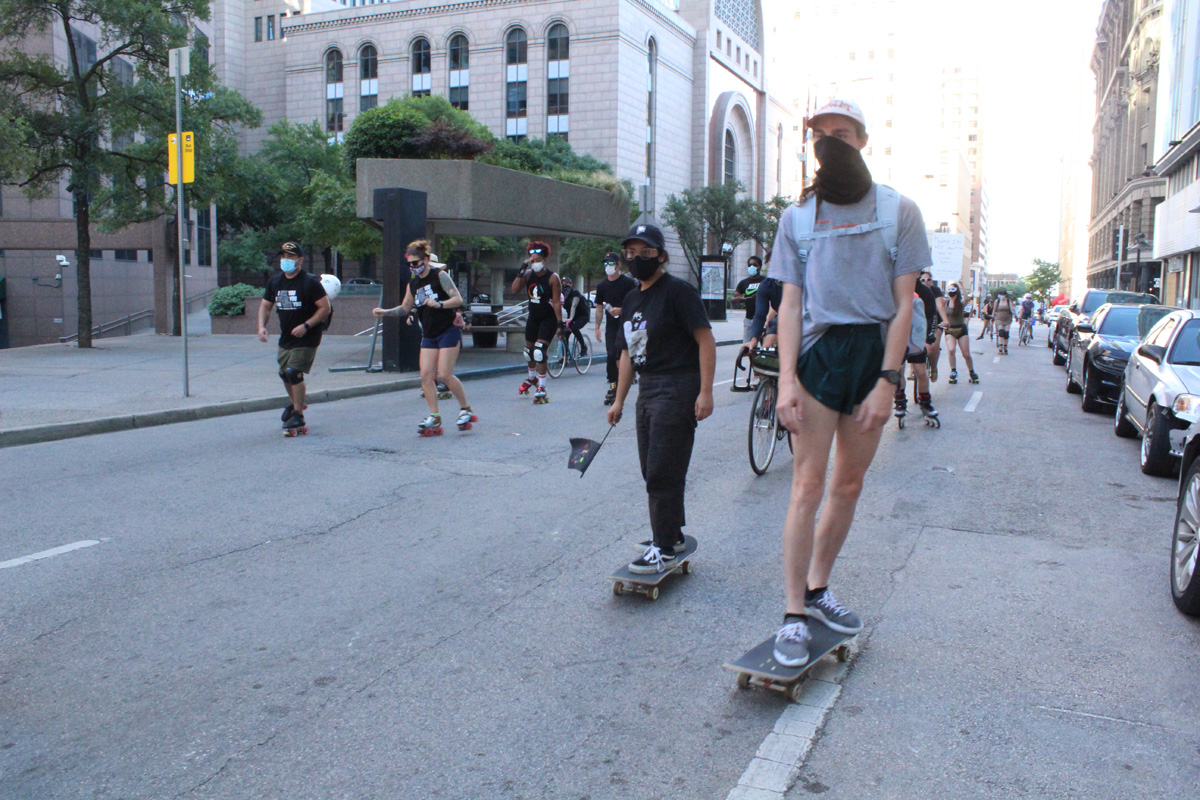 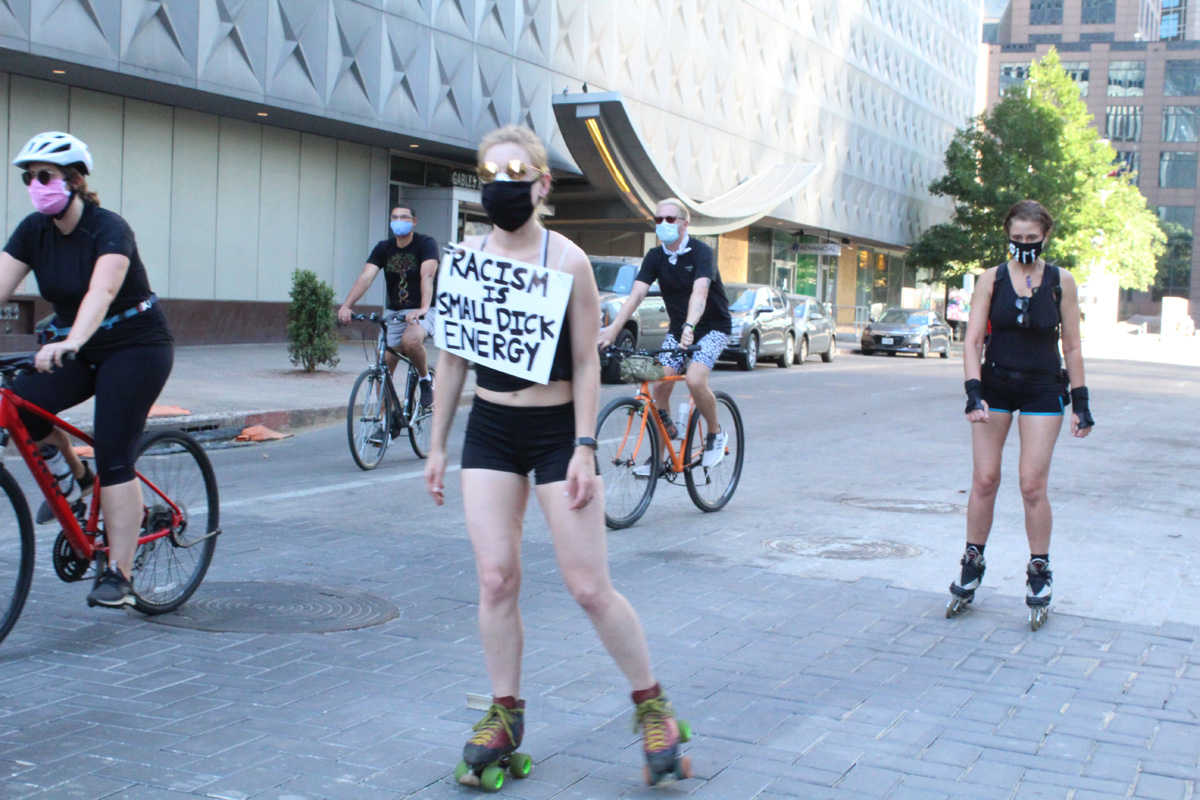 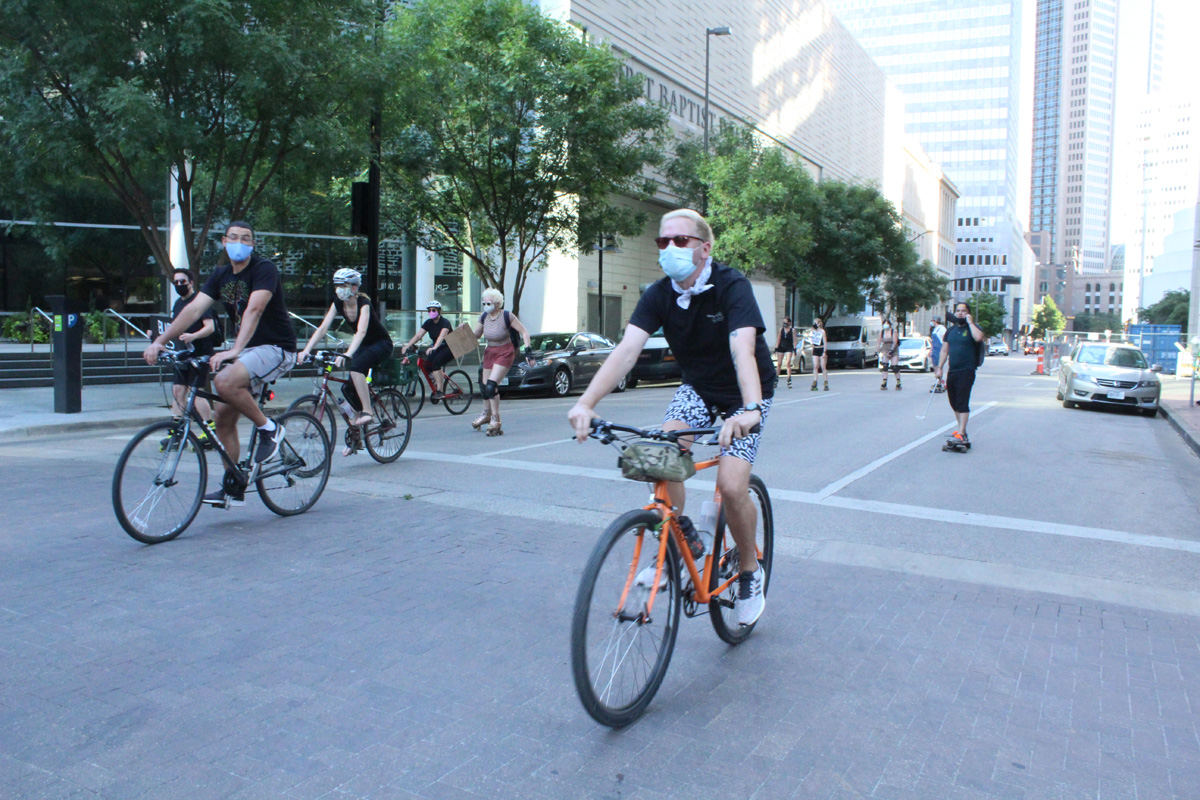 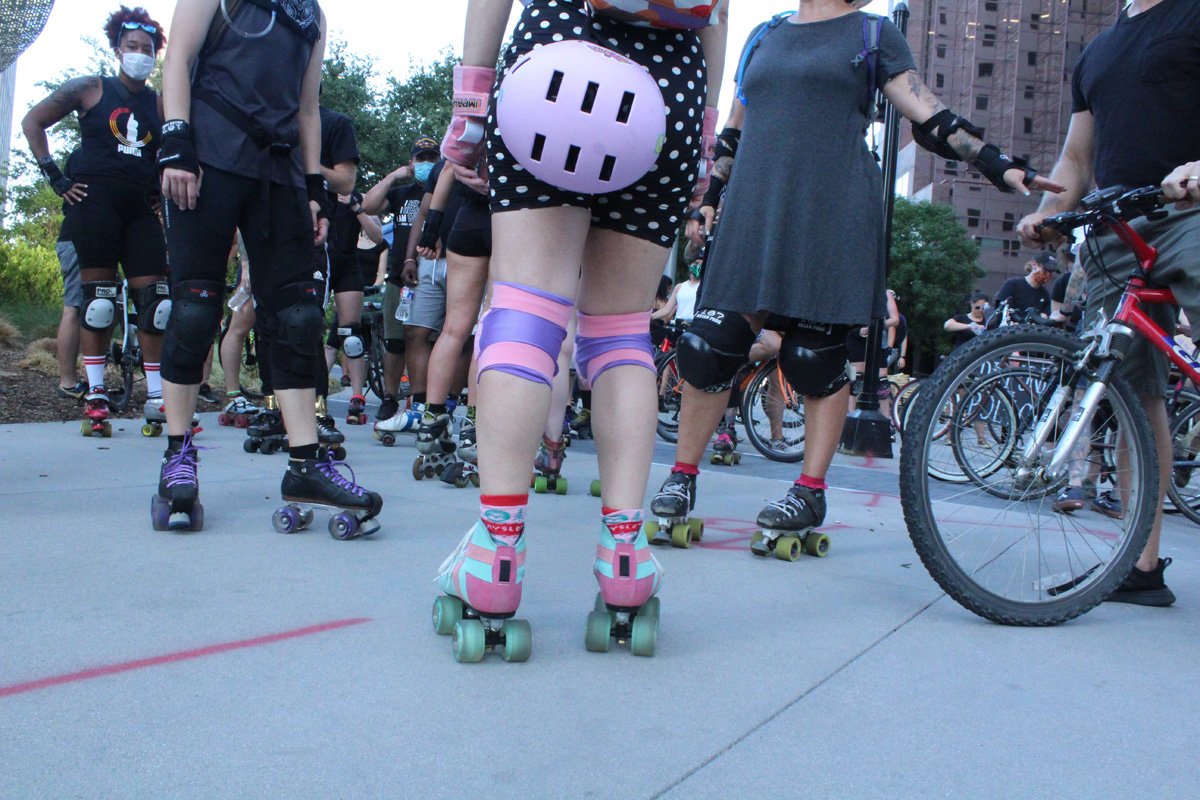 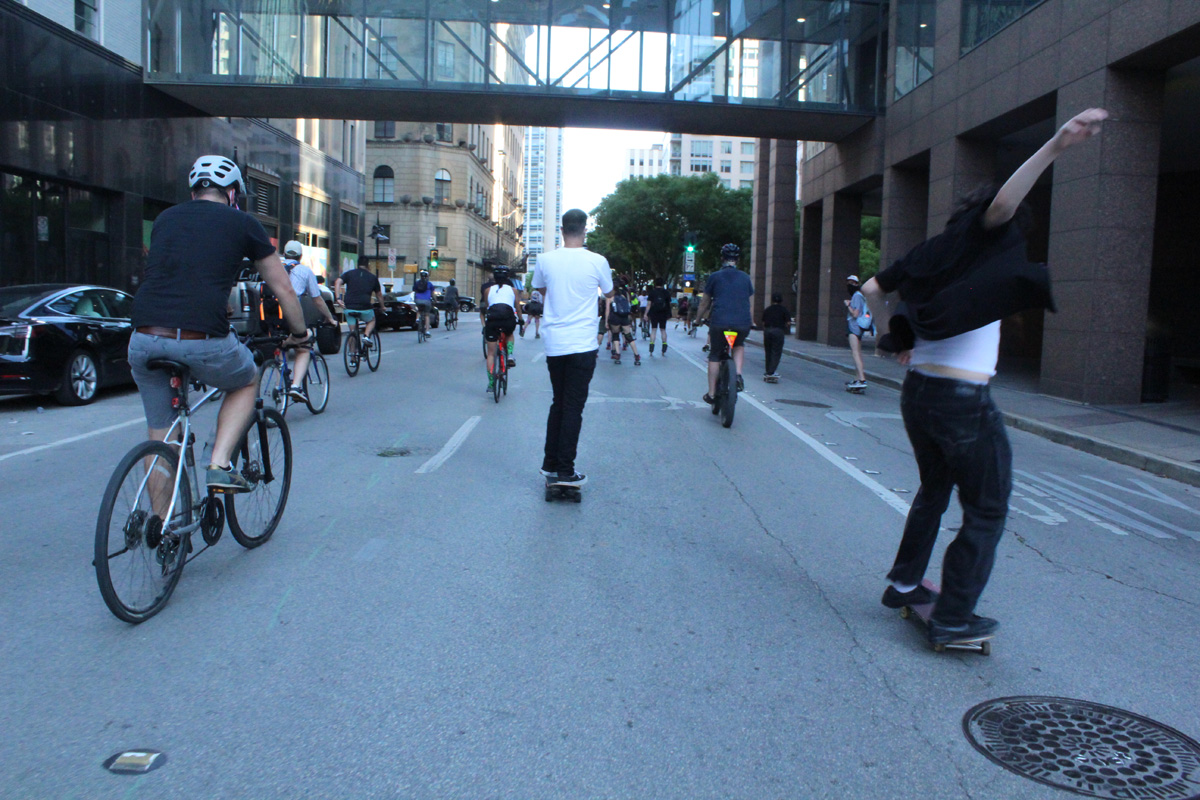 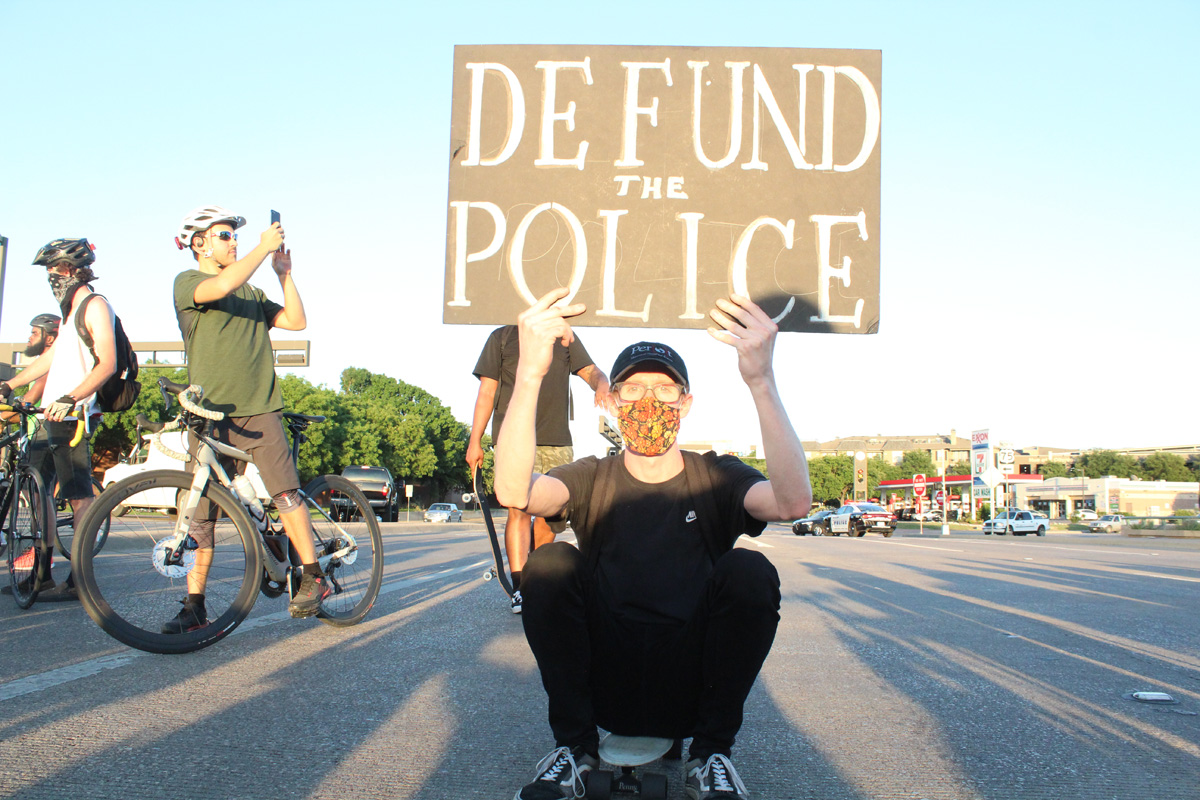 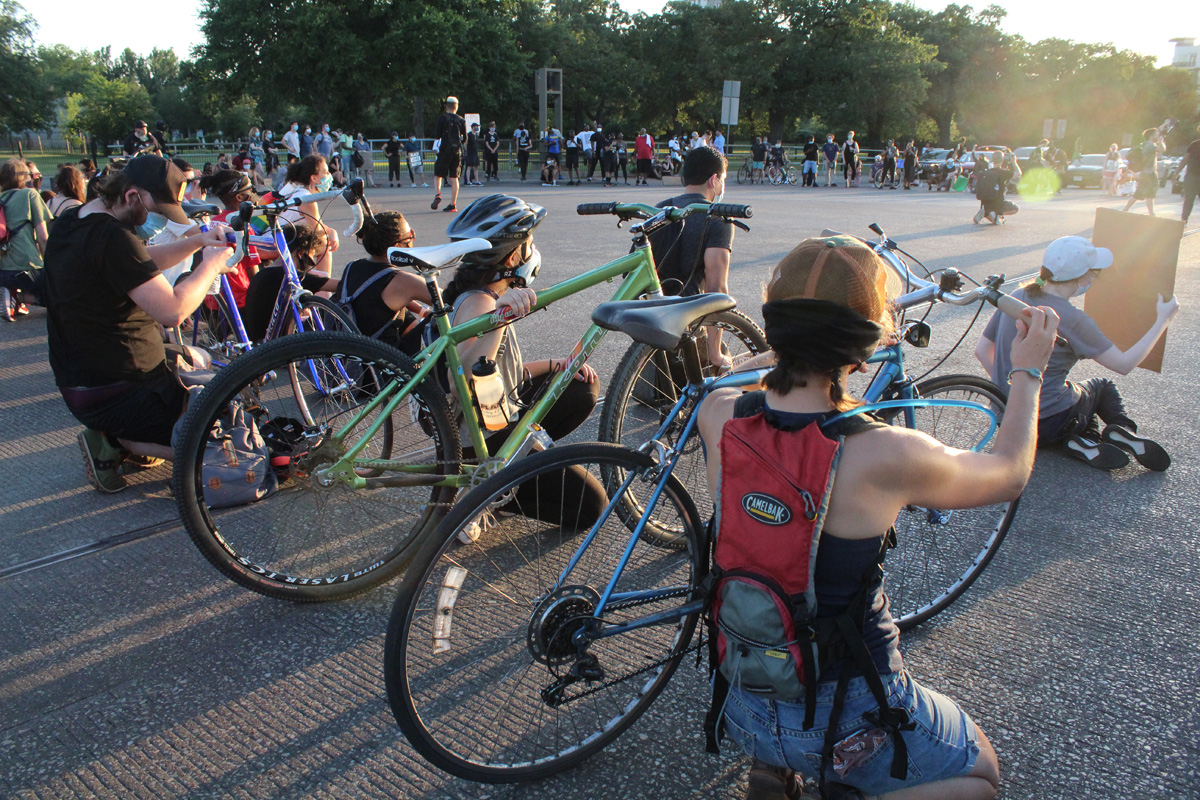 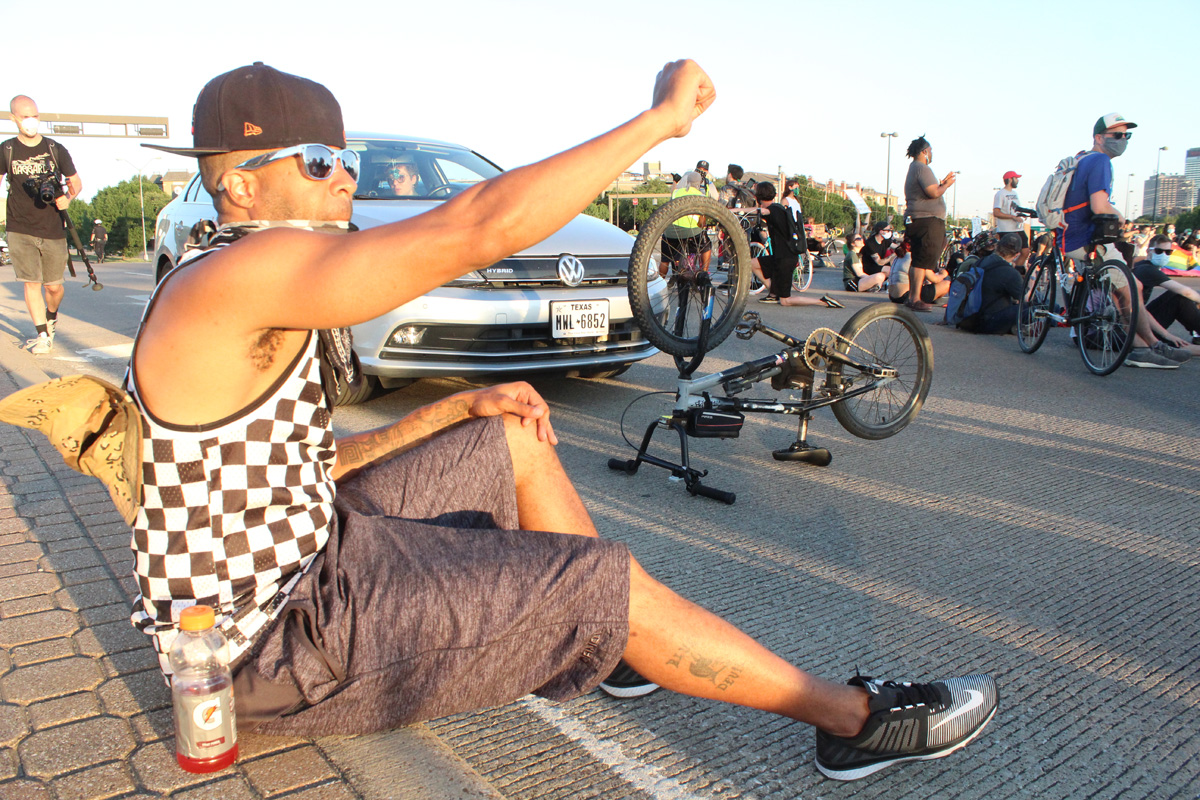 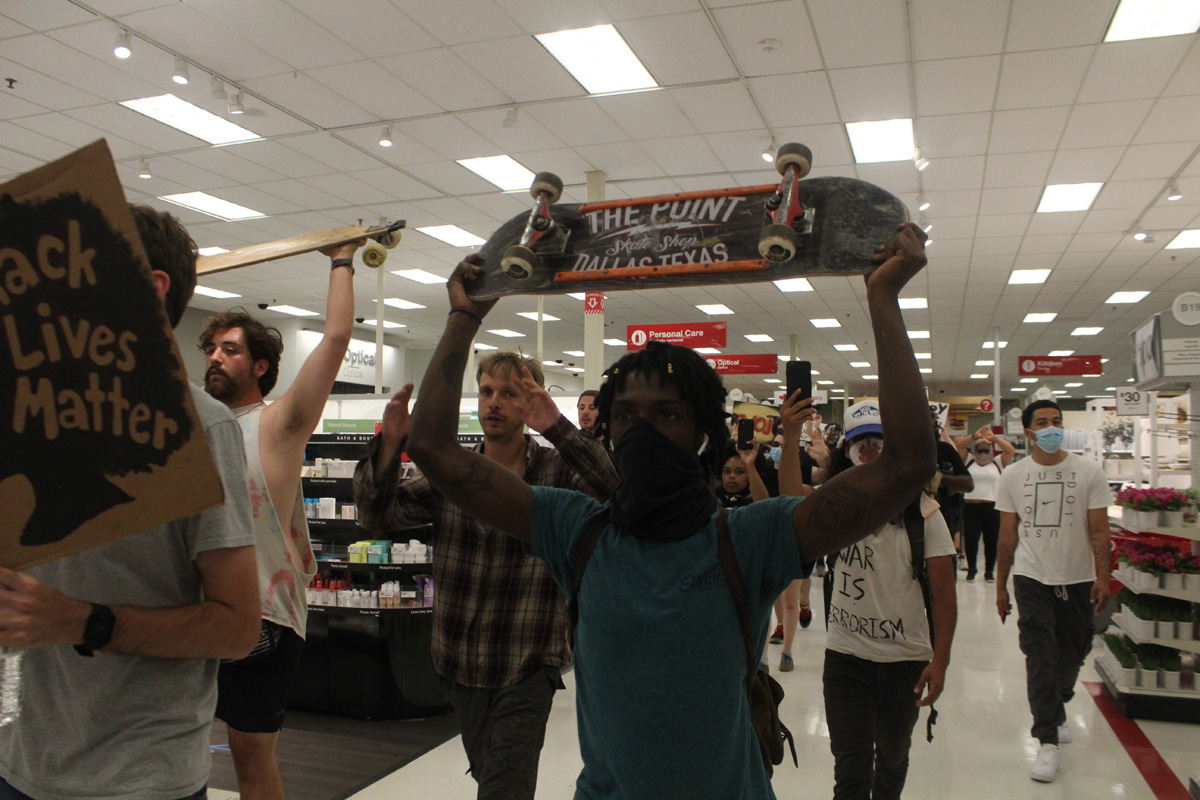 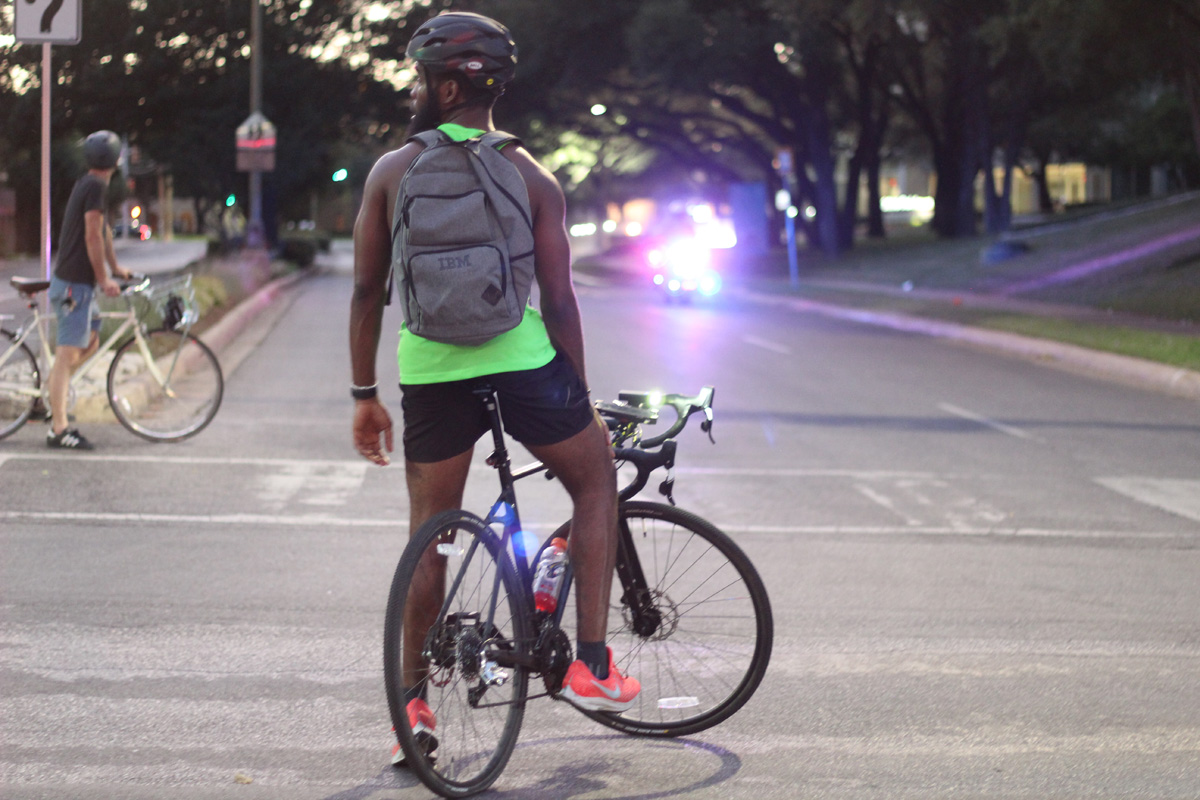 Skateboarders, Cyclists And Roller Skaters From Across DFW Rolled Into The Streets Of Dallas To Protest Police Brutality.

We have seen non-stop protests in Dallas for more than two weeks now, as protesters continue to voice their frustration over police brutality and calls to end the killing of  Black Americans at the hands of police. Saturday was no exception when skateboarders gathered at Dallas City Hall for a protest of their own.

Demonstrations have taken many forms all across the country. In Fort Worth, demonstrators held a silent protest, K-pop stans crashed the Dallas police department’s app and in Philadelphia, hundreds of skateboarders rode through Benjamin Franklin Parkway.

Naturally, it was only a matter of time until Dallas’ skaters, cyclists (and anyone with wheels, really) rolled into the streets of downtown to join the movement.

“I really want to make room for black voices and amplify them to give you guys a platform,” Katelyn Foxworth, organizer of the Skate & Bicycle Protest, told the crowd.

The ride along kicked off at Dallas City Hall around 6:20 p.m. were riders chanted, “Black lives matter,” and carried signs that read calls to action like “Acknowledge and dismantle white supremacy.”

The group kicked its way down South Ervay Street until it reached Woodwall Rodgers Freeway and began heading back to City Hall.

Aireale Boggess, a protester, was pleasantly surprised by the support of the riders that showed up for the unconventional protest.

“It’s really awesome to see so many skaters, skateboarders and cyclists,” Boggess said. “This is the first step of [the crowd] dismantling this system, and I ask that after you leave here to continue to do that work every single day.”

After the first loop, riders joined a separate group of protesters and became the front lines of the collective march where they blocked off intersections to allow protesters to safely move along.

“So, until they’re [Target] able to change their point of view and get on our side for this movement, we are going to continue to shut shit down,” protester CJ Papp said. “That doesn’t mean that we’re going to cause any harm or looting. It just means until we get justice, they get no peace. We can stop the cash flow until they realize what the real problem is, and to get on the real side of history.”

Protesters continued to march throughout the city before finishing the night at City Hall around 11 p.m.

“Please don’t stay silent,” Papp said. “Please let your voice be heard, in any way you can. Just because the trend stopped on Twitter, doesn’t mean that the fight is over.”