[Review] ‘The Hunt’ Ain’t As Smart As It Thinks It Is. 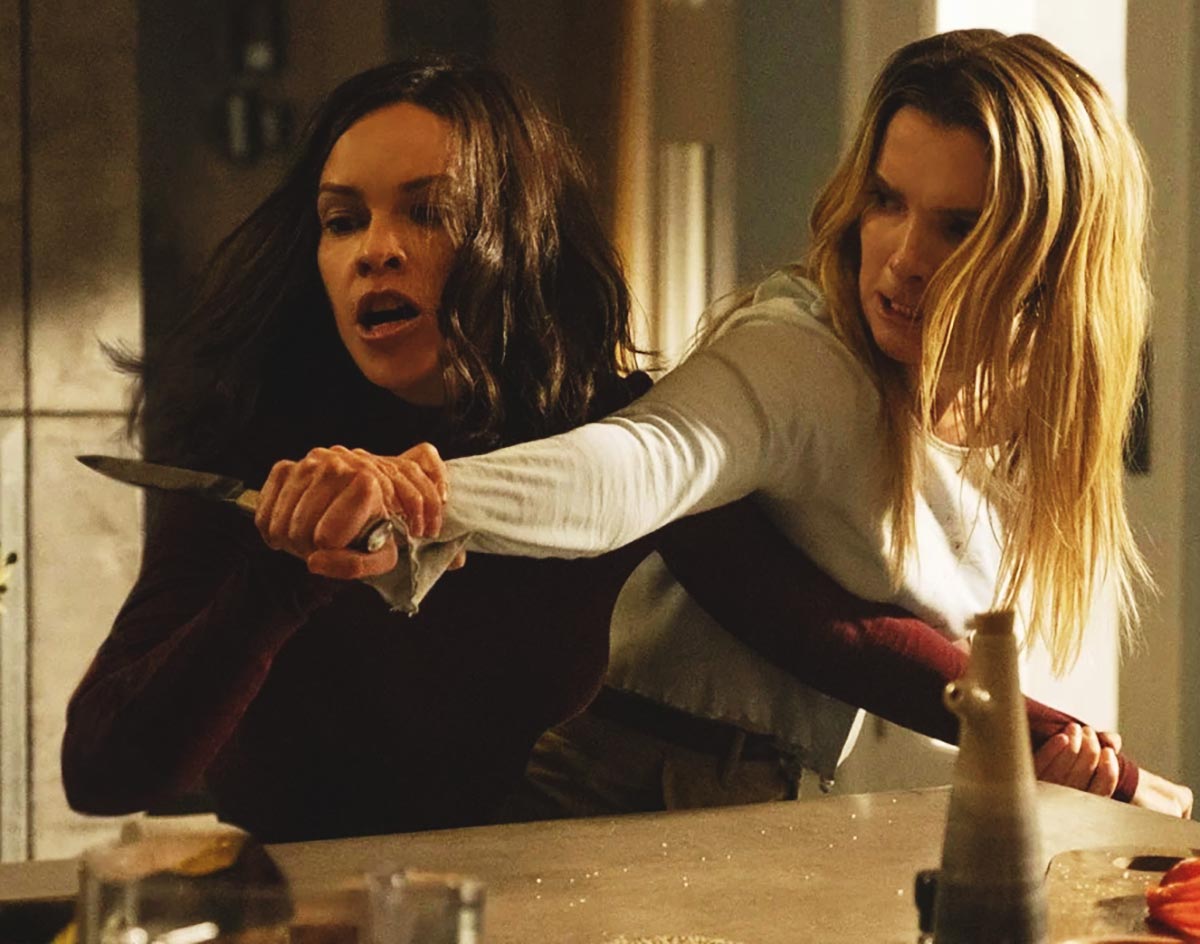 Its Marketing Positions ‘The Hunt’ As A Right-Wing Redemption Piece, But Don’t Believe The Hype. This Forgettable Effort’s Release Strategy Is Its Big News.

The Hunt
Director: Craig Zobel
Writer: Jason Blum and Damon Lindelof
Starring: Betty Gilpin, Hillary Swank, Ike Barinholtz, Ethan Suplee, Emma Roberts, Glenn Howerton, Amy Madigan and Sturgill Simpson.
Opens: On video on demand. (The Hunt is one of a number of films that was to earn a wide theatrical release but, in the wake of the coronavirus shutting down most theaters, has been pushed as an on-demand release instead.)

In this current political climate and era of social media, the should-be simple-enough act of even just going online has become a risky endeavor.

No matter where you look, there’s a friend sharing a meme about political correctness or an uncle forwarding you a story about how #pizzagate is still relevant.

It can be exhausting trying to decipher the real from the fake, let alone trying to simply exist through one’s screen without engaging in a heated political conversations.

The Hunt takes this current political climate and tries to flip it on its head.

A group of people wake up in a clearing, gagged and with no explanation as to how they got there. Eventually, they begin to be picked off one-by-one by sniper shots, arrows and booby traps that have been set for them.

They don’t know what brought them to this fate, or how to escape.

Turns out, all of the hunted here all have a common thread of political ideals. They seem to lean more on the conservative spectrum — they use terms like “snowflake,” defend the second amendment at the drop of a dime and yell about crisis actors.

Soon enough, it’s revealed that they were brought into this situation by a group of elite liberals who are ultra-PC — people who use the word “deplorables” unironically, and get onto each other if they’re too gender-minded when addressing one another by saying “Hey, guys!” instead of “Hey, people!”

The Hunt is a bloody mess.

But it’s also surprisingly fun and dripping with satire.

The film tries really hard to issue a new social commentary about the current political tribalism in our country. It doesn’t completely sticks the landing.

The film lacks any nuanced characters, and none of the ones it has boast unclear motivations. It’s pretty cut-and-dry where they all stand. So there’s not really anyone to root for here.

Well, except for Crystal.

Crystal (Betty Gilpin) is a tough cookie who clearly has survival skills far beyond any of the other hunted with whom she’d been lumped. She’s a veteran unconcerned about anything except her survival. Even as we figure out the political stances of the her peers, she remains a bit of an enigma. She doesn’t share any real expression when others rant and rave about refugees or conspiracy theories.

She just wants out.

Her journey is nothing short of action-packed. The Hunt is super bloody, and creative in its death and action sequences.

Don’t buy into the hype that this film is one-sided with it’s political leanings — it isn’t. Here, each side is equally awful.

Granted, audience members might feel more sympathy toward one side or the other. But the film does a decent job showing the depravity of both parties.

Though The Hunt wants to be a cutting-edge political satire about modern-day politics, it falls short of that goal.

It’s a fun film with lots of blood, gore and funny moments, and Gilpin does an amazing job carrying the film. It won’t disappoint viewers as they watch the film — but, without the current circumstances driving some to see this film out of boredom, it would’t quite stand as a memorable bit of cinema.