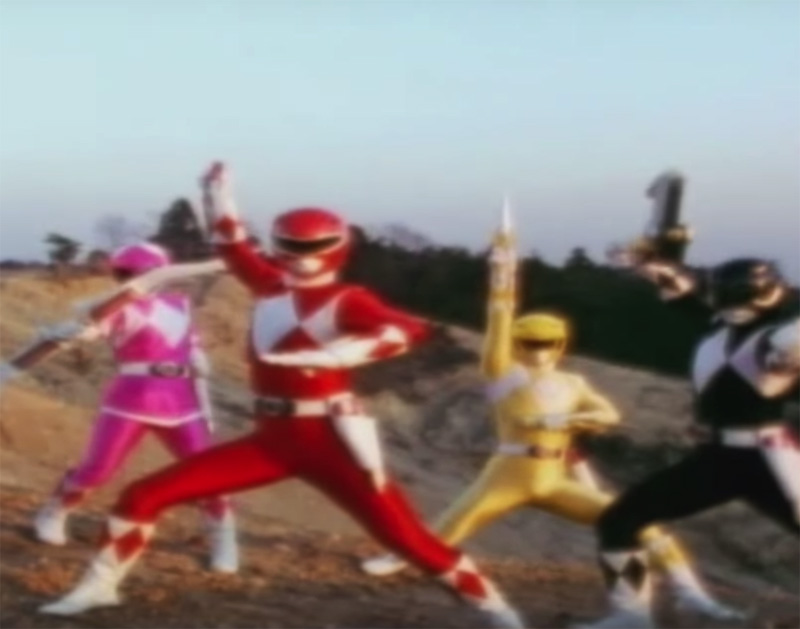 For the second year in a row, Madness Games & Comics will celebrate Free Comic Book Day with a heavy dose of nostalgia.

On Saturday, May 5, the Plano comic book store will not only be giving away loads of free comic books, it will also welcome four former Power Rangers — plus two voice actors behind some of the most iconic cartoon characters of the ’90s.

But this won’t just be a Morphin’ Time affair: Madness announced yesterday that Jim Cummings, the voice of Winnie The Pooh, Darkwing Duck and hundreds of other characters, would be also be appearing as part of the day’s events. Oh, and Veronica Taylor, who voiced Ash on the original English dub of Pokémon and April O’Neil on the new Teenage Mutant Ninja Turtles animated series, has also been announced a featured guest.

While Madness Games & Comics co-owner Chris Hoberg says that he’s usually too busy to interact with the celebrities who stop by the store for events like these — especially when they occur on a day like Free Comic Book Day — he very much appreciates seeing his customers react to meeting their childhood heroes.

“You can tell it’s a highlight for some of these people to meet their icons,” Hoberg says.

In many ways, Madness is essentially just hosting a smaller version of a comic convention, which Dallas crowds should be used to at this point. Just a few weeks ago, you may recall, the Kay Bailey Hutchison Convention Center hosted the Dallas Fan Expo, where the likes of Jeff Goldblum, Ben Affleck, Jason Momoa and more stopped by for photo ops. Of course, the price to meet some of those folks went all the way up to $350. At Madness’ Comics’ mini-con, though, all guests will be made available for less than $60 per person, with autographs and selfies included in that price.

If that’s still too rich for your blood, at least we can all rest easing know that, should Lord Zedd and Rita Repulsa try to invade the Dallas area on May 5, we’ll have a whole crew of Power Rangers at the ready to save us all from devastation.