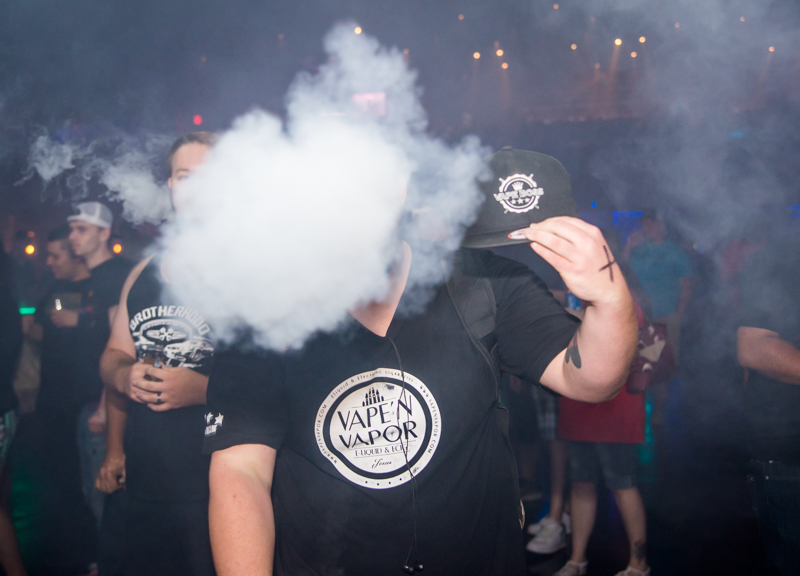 Vaping. For better or more likely worse, it’s an activity with which we’re all familiar in 2016.

If you’ve been living under a rock for the last few years, here’s but a short primer: Vaping is an act that involves inhaling and exhaling a synthetic water vapor through an electronic cigarette. It’s often regarded as a safer alternative to traditional cigarettes, although that remains some murky territory.

One thing that’s not up for debate: It’s a practice that, for all of its enthusiasm, has spawned mass ridicule and countless internet memes. Yes, vaping is a highly divisive practice, but there’s a niche appeal to it: A sport has even evolved from its popularity, with laughably large prizes being handed out to those who can blow the biggest plumes. Dallas, perhaps not surprisingly, is that sport’s epicenter.

So it’s no surprise, then, that vaping has become big business in and around the local economy — a quick Google search for “vape store dallas” returns 16 results. It was only a matter of time, really, before a convention blew this way.

That’s what will happen on August 19, 20 ad 21 at Dallas Market Center when The Vape Showcase takes place.

Founded by a couple of biz bros who sought to impart their passion and knowledge of vaping to the trend’s devoted fanbase, the Dallas-based entity behind this event threw its first showcase in Houston in 2015, then expanded its sights to Pittsburgh, where it brought the industry’s best vendors in a centralized, all-you-can-vape location. After those two successful first runs, the showcase will now come home.

The three-day event promises to cover the wide spectrum of vape culture. If vaping is your thing, it’ll be an opportunity to indulge in an assortment of high-end pens and accessories from some the most renowned vendors across the nation. The convention’s clear intent is to promote vaping and the culture surrounding it. The company released a statement in anticipation for its Dallas installment, giving insight into the event and what to expect.

Here’s how that release reads in full:

The Vape Showcase team is comprised of several individuals with different backgrounds and experiences. From promotions, event production, and small business management to industry-specific knowledge through juice-makers and mod builders, our team covers a broad spectrum of expertise in order to bring the best possible vape conventions.

We have been in the event promotions business for over 25 years and with that experience also comes knowledge and a vast network of contacts.
In November of 2015, The Vape Showcase hosted it’s first vape event in Houston, Texas. Focusing on professionalism and advocacy, we were able to deliver a new experience to both businesses and consumers.

In other words? This event will literally blow.