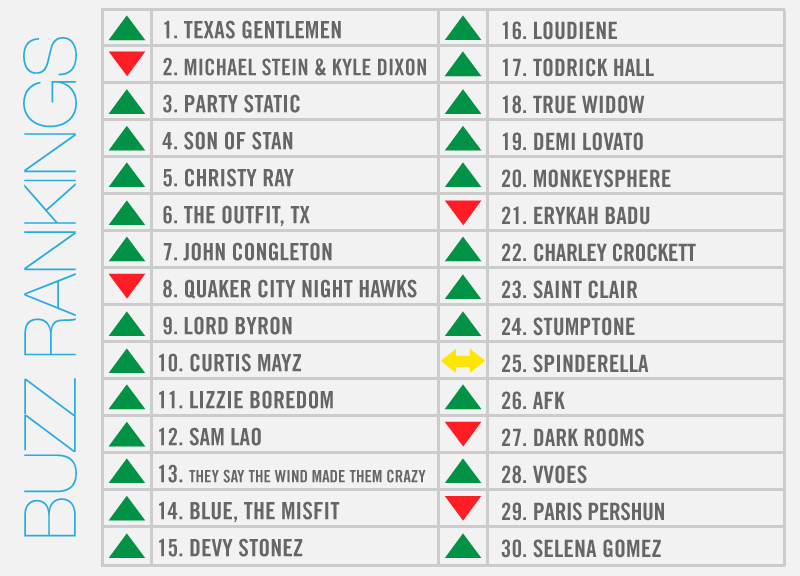 This Week, The Texas Gentlemen Really Folked Things Up.

Over the years, more than 450 artists — many of them legends in their own rights — have recorded versions of Kris Kristofferson's tunes. Countless of those takes were of “Me and Bobby McGee,” perhaps his most well-known tune.

And now, crack Dallas studio musician collective The Texas Gentlemen can do most of those acts one better by saying they performed that massive hit with the man himself. Along with Kristofferson, Texas royalty like Joe Ely and Terry Allen also joined the Gents on stage this past weekend during its Newport Folk Festival set.

Not just a once-in-a-lifetime experience, the strong showing also earned the boys their first-ever trip to the top of our weekly, local music power rankings.

Also no stranger to the studio is Son of Stan's Jordan Richardson, who not only drummed on Domo Genesis' latest record, but also joined him to perform the thing on Jimmy Kimmel's late night talk show.

Fresh from recording with Richardson is Lizzie Boredom, which also made its live debut last Saturday at Double Wide's inaugural Bad Bitches Ball. Also making strong showings at that party were Sam Lao and Party Static, the latter of which also just released a new cassette EP.

The rap scene also got some love this week from some Mountain Dew content marketing pieces. Among the local emcees and producers getting love were The Outfit, Devy Stonez, Lord Byron, Curtis Mayz, Loudiene, Blue the Misfit and Saint Clair. 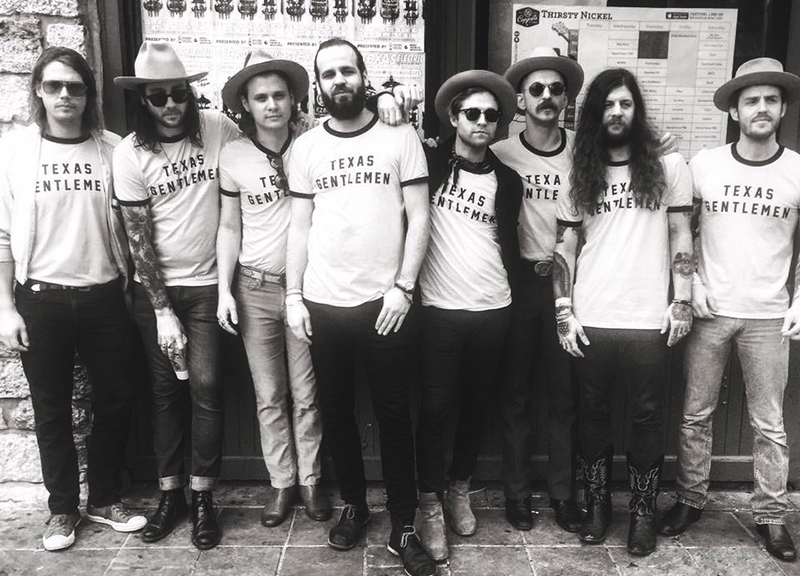