Out On A Limb. 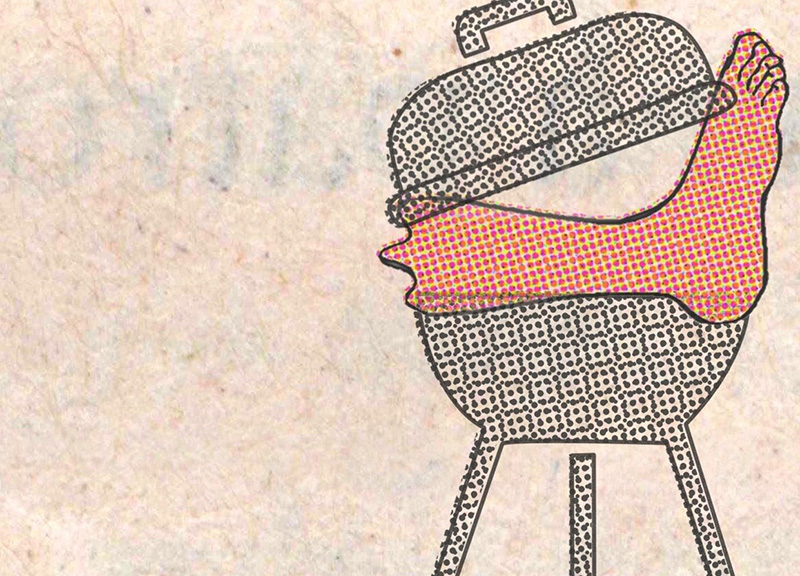 Finders Keepers Is A Crazy Stranger-Than-Fiction Documentary About A Severed Human Foot.

Finders Keepers is one of those documentaries once again proves the old adage that the truth is stranger than fiction.

The story it uses in doing so is pretty crazy, too.

Nearly 10 years ago, John Wood's leg was amputated after a tragic plane crash that took his father's life. Somehow, he convinced the doctor to let him keep the limb, which he kept inside a smoker at a local storage unit. When he fell behind on his bills, the unit was auctioned off and entrepreneur Shannon Whisnant bought the smoker. When he brought the grill home and discovered what was inside, he turned his home into a low-rent Ripley's Believe It or Not, charging folks $3 to take a peek at the improperly preserved foot.

The ensuing custody battle would be interesting enough, but directors Bryan Carberry and Clay Tweel dig deeper to find out what makes these two men tick and why these two guys would spend so much time and money battling over a severed human foot.

To put it simply, both men are addicts. John destroyed his life because of an addiction to OxyContin and booze. Shannon too has put his desires above his family and well-being; only, he's obsessed with becoming famous (or, if he has to settle for it, infamous). Shannon's larger-than-life personality has earned him a lot of friends and hangers-on, but his obsession with his foot derails the legitimate work he could be doing with his life.

It could be very easy to dismiss Shannon as an opportunistic asshole, but the movie makes him appear somewhat sympathetic, especially when he goes from telling jokes to being one. And this movie does have lots of humor.

Still, it's the tragedy of John's downward spiral, caused by the guilt he felt over his dad's death, that takes the movie from quirky to powerful.

Finders Keepers is an odd tale, but its focus on the humanity underneath the absurdity keeps from being an historical footnote.