[Photos + Review] Take Us Back To Orville Peck. 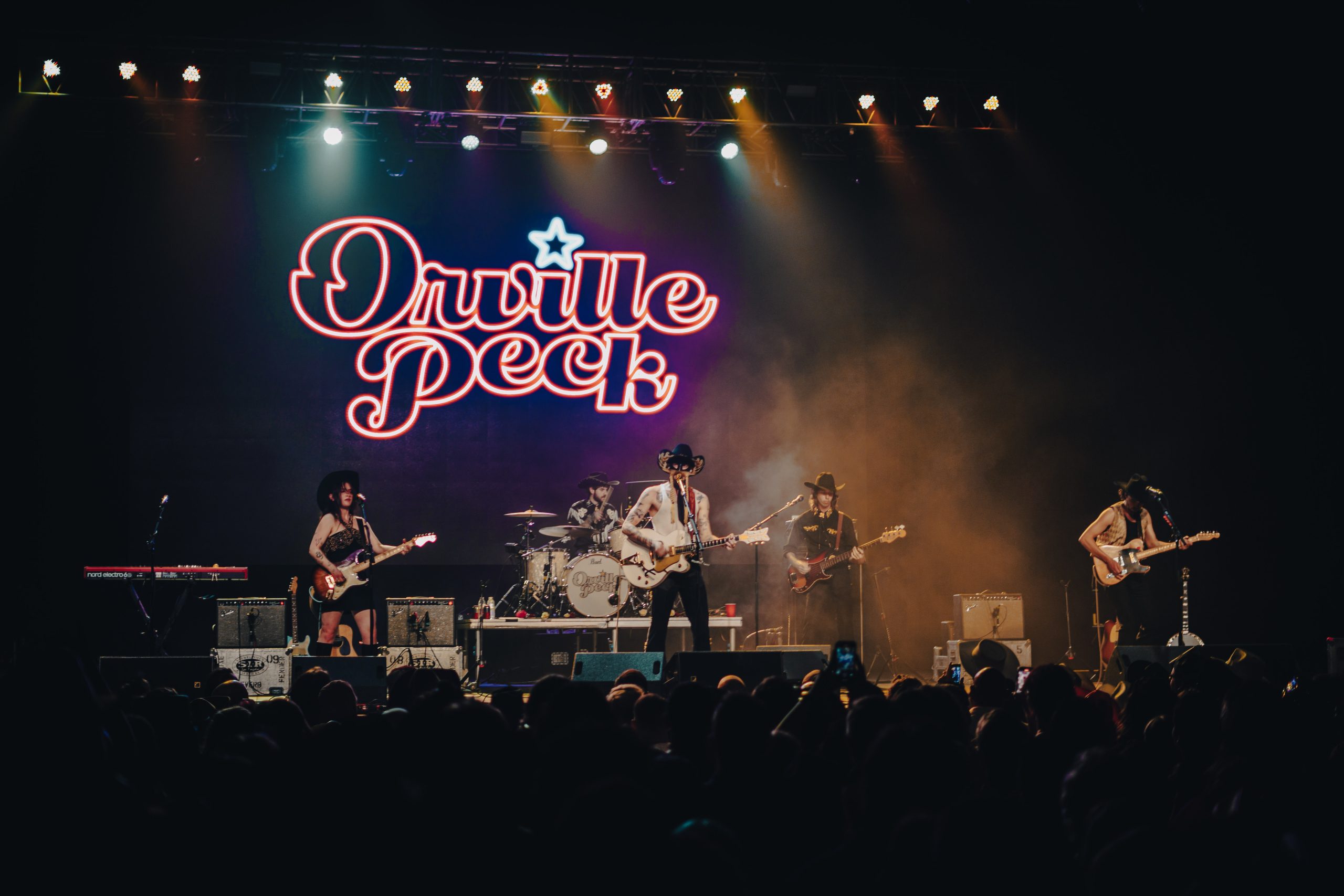 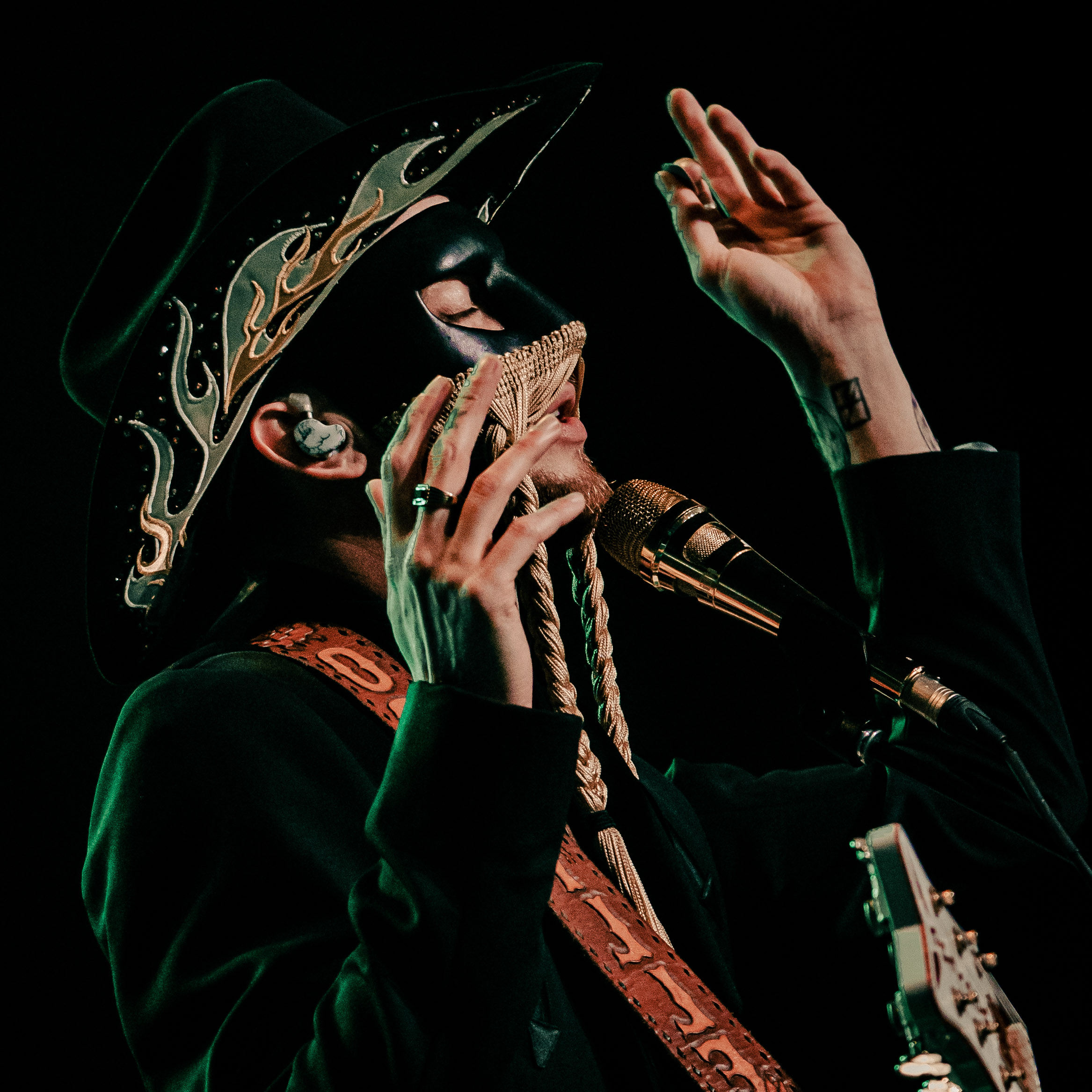 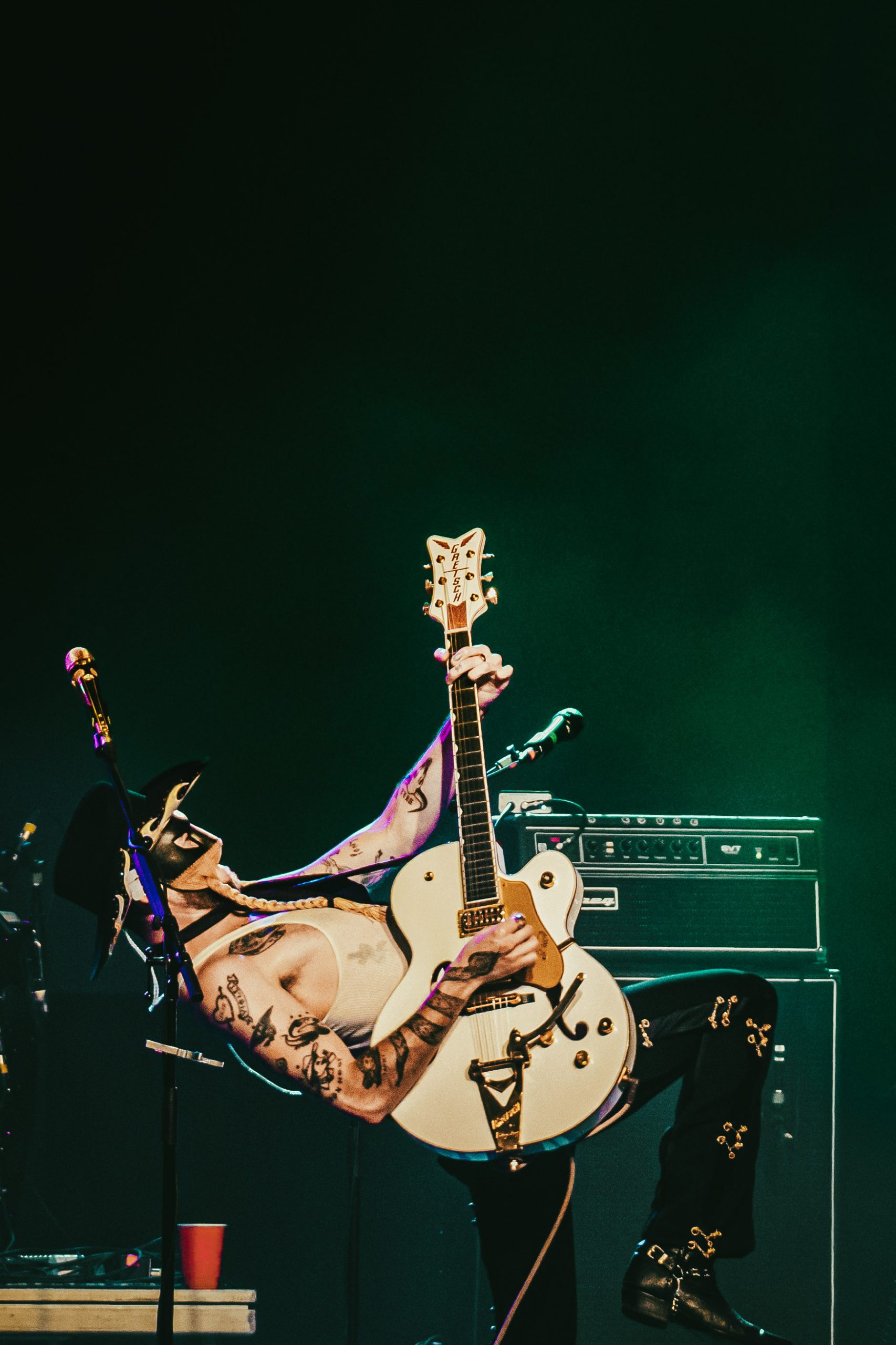 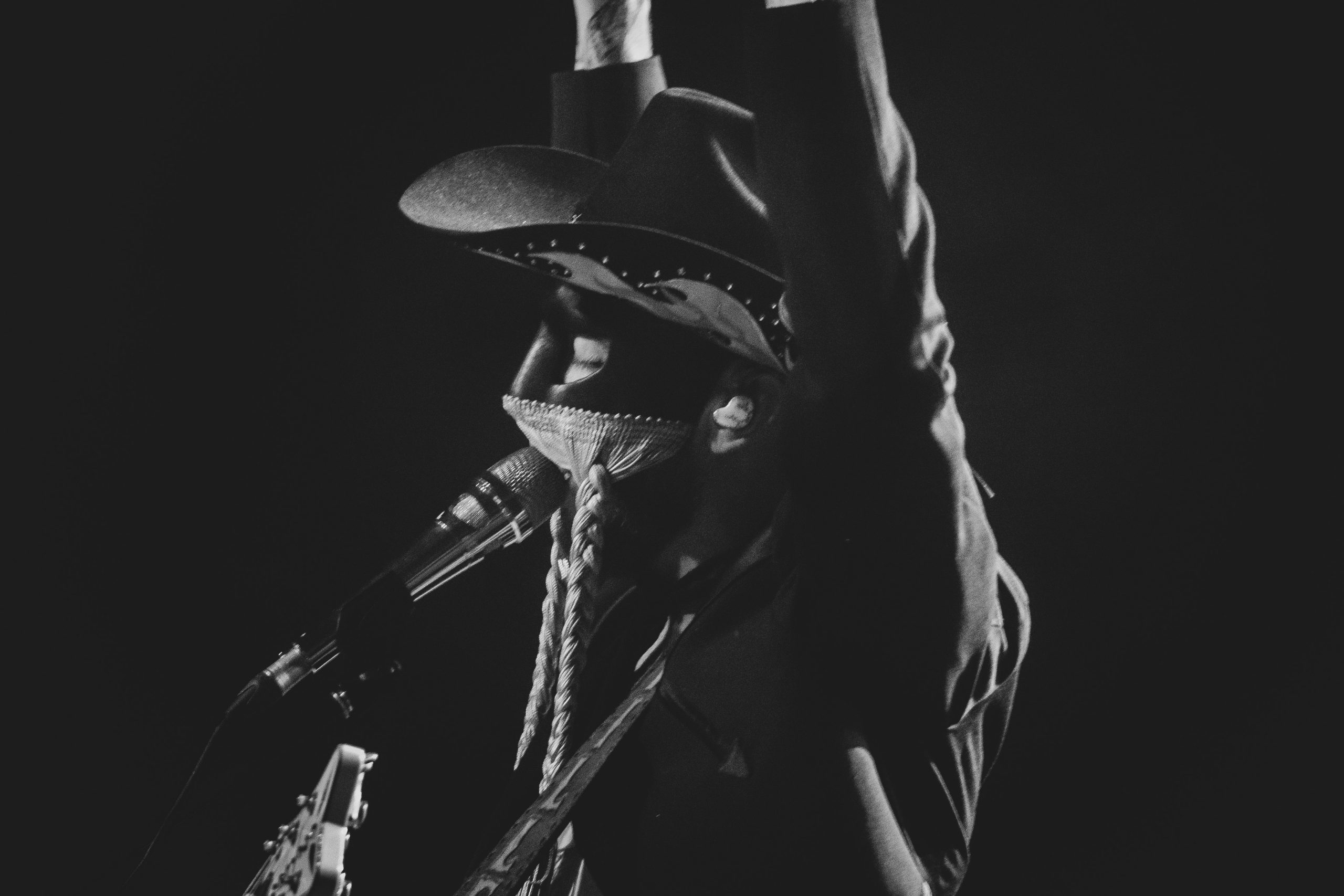 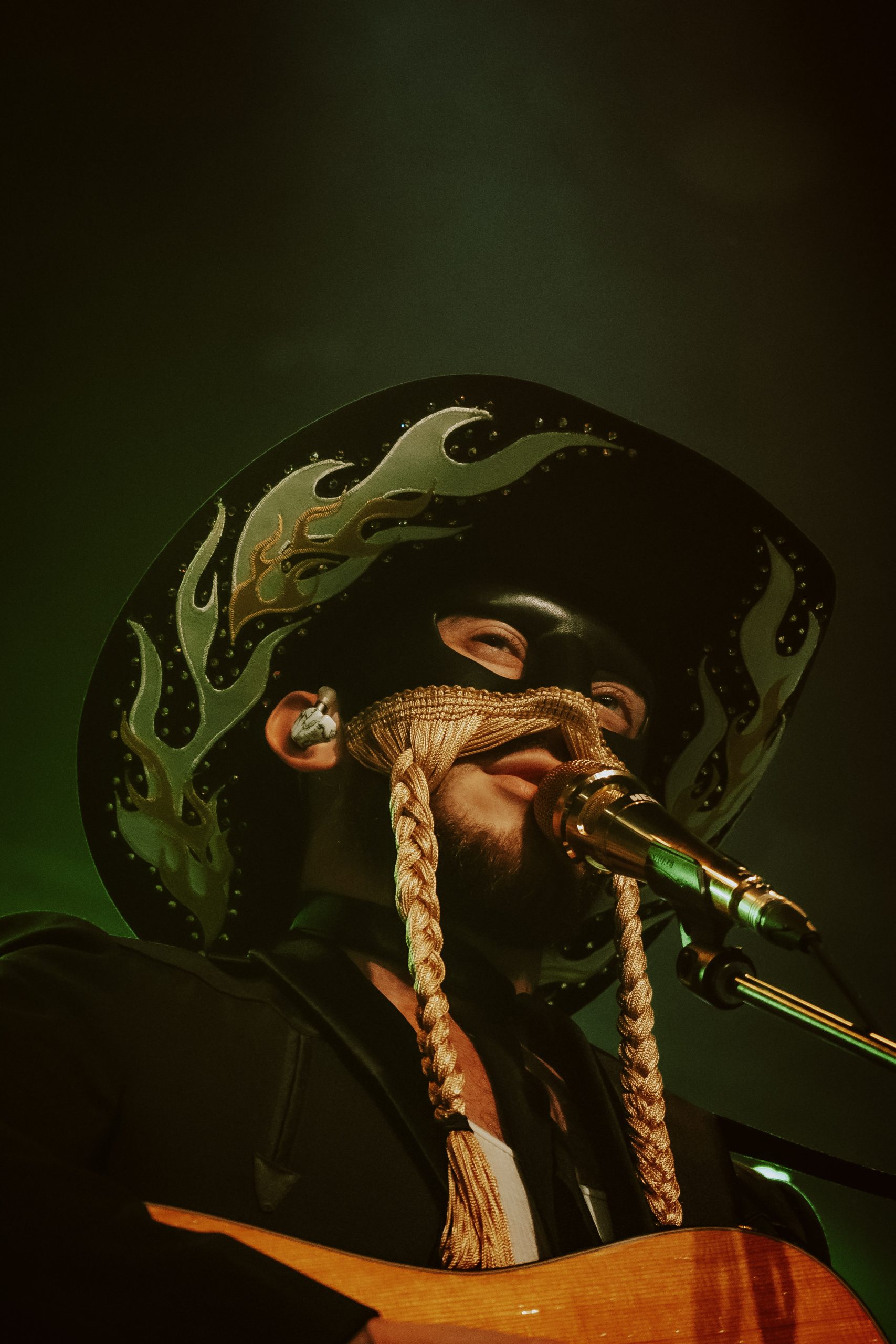 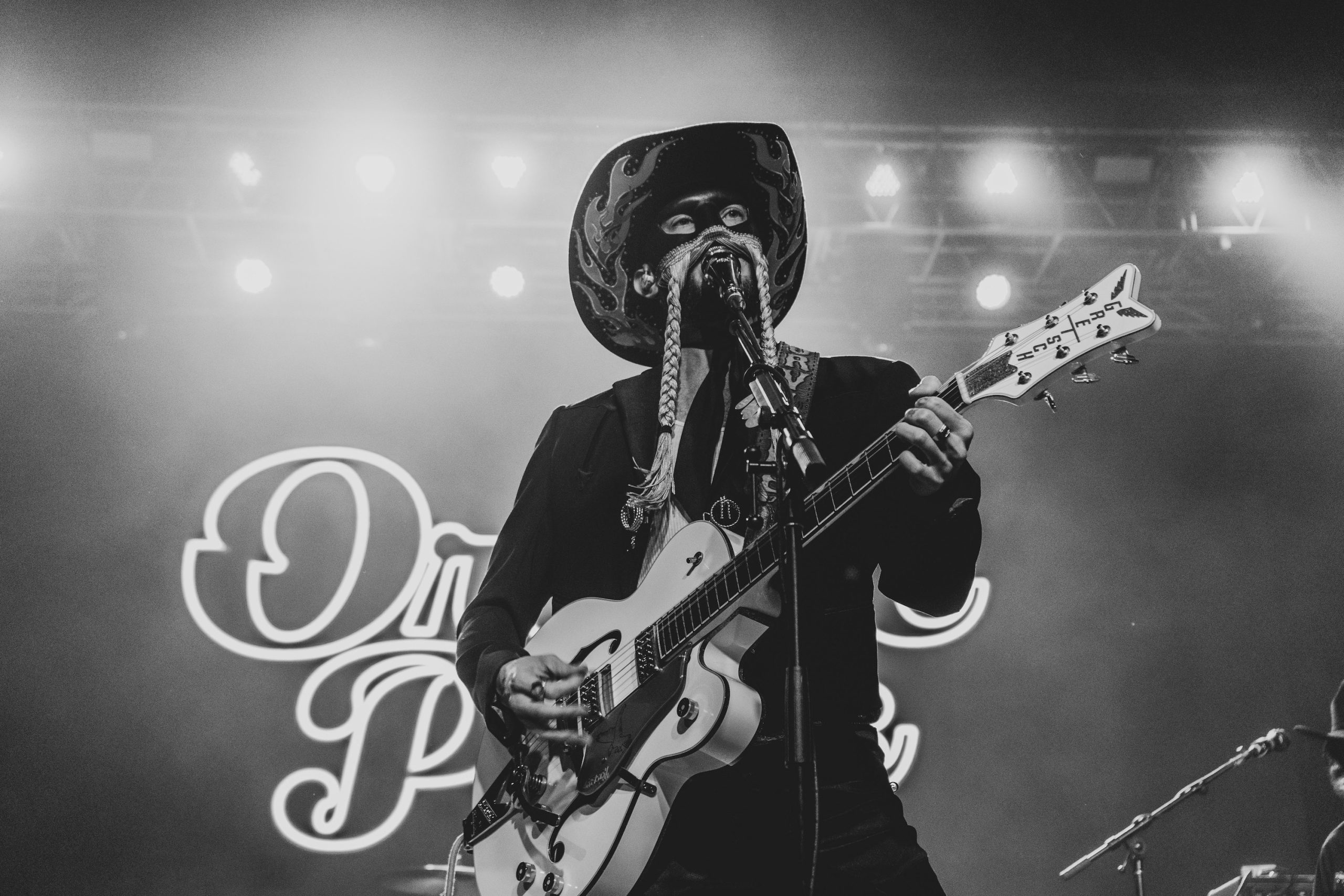 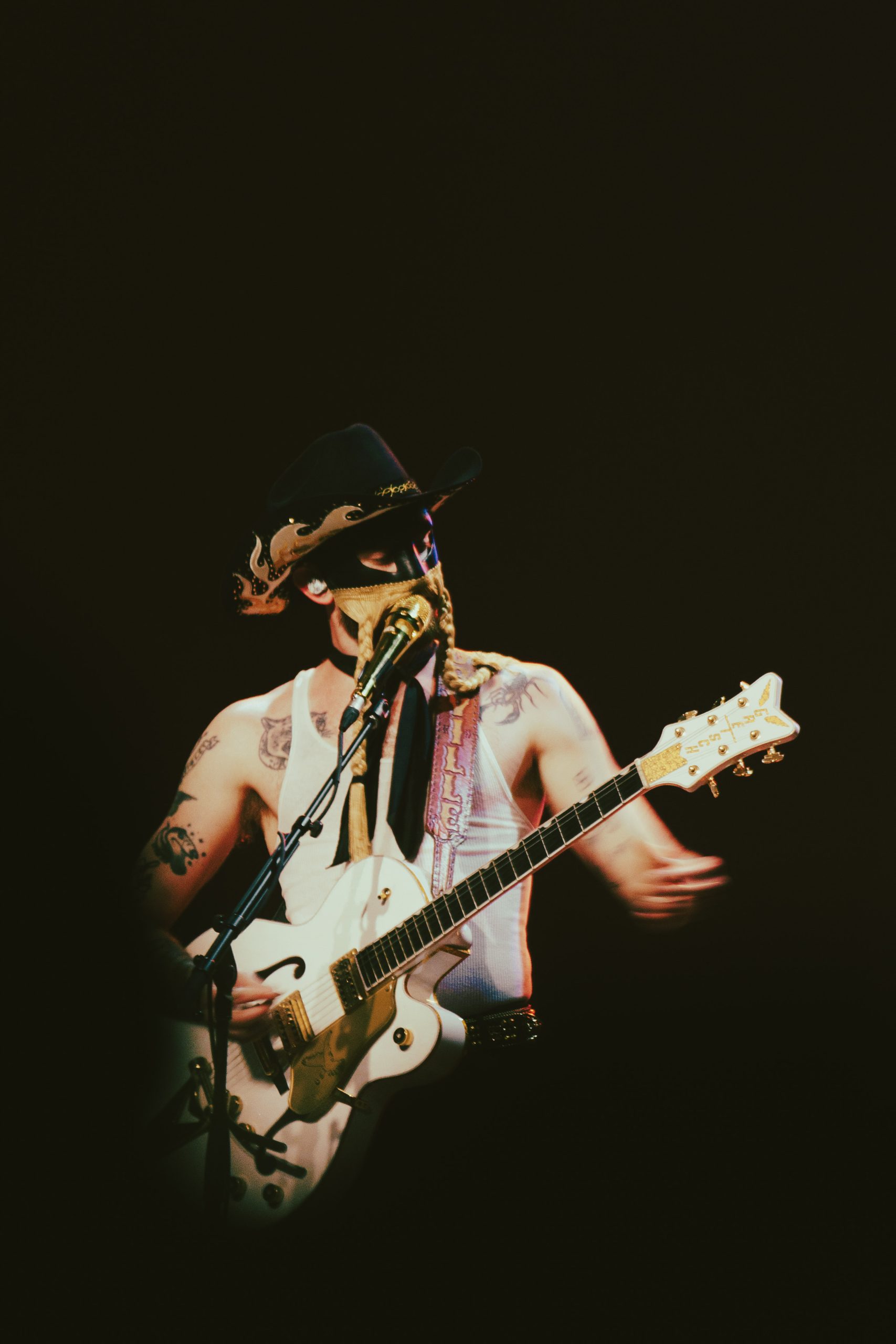 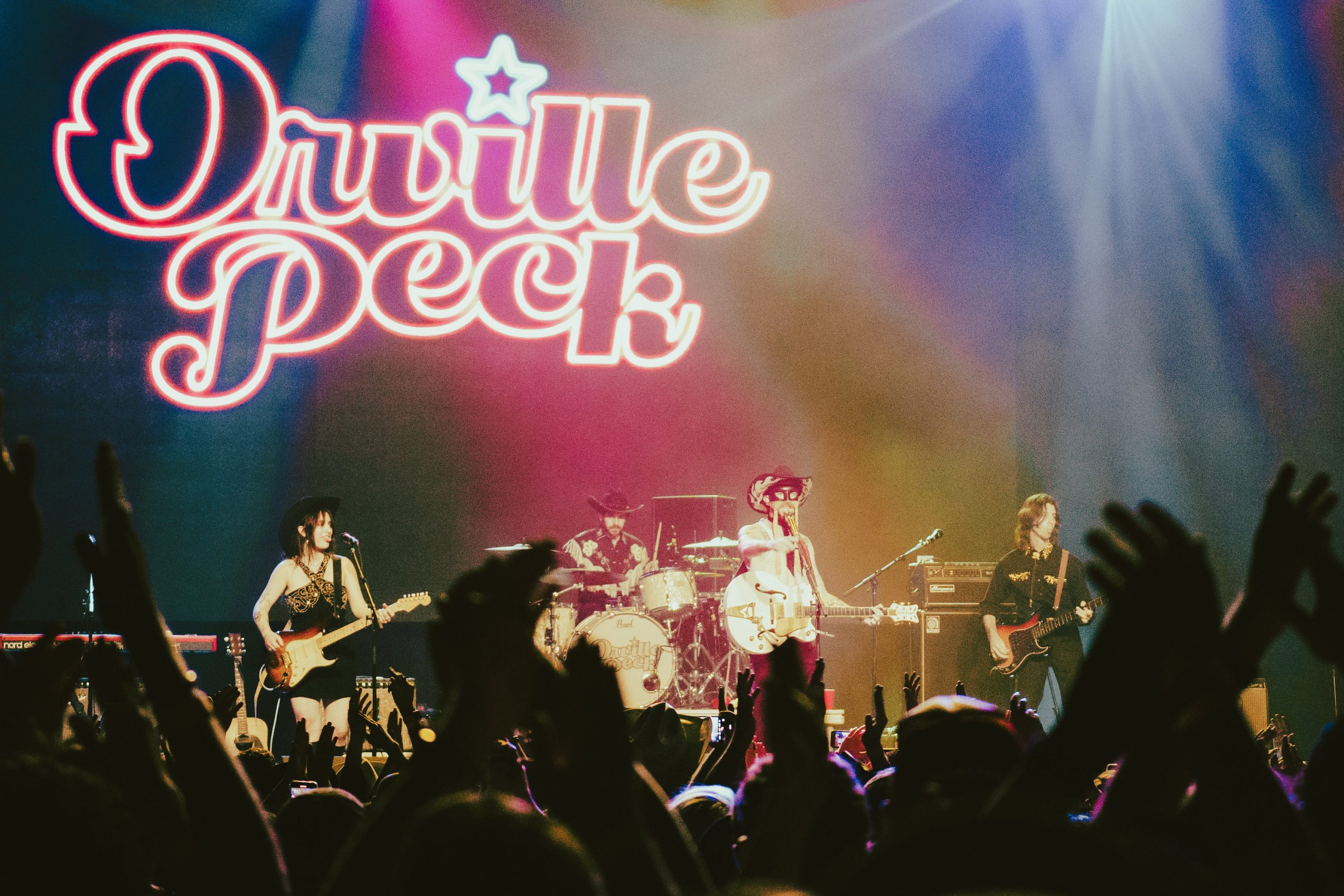 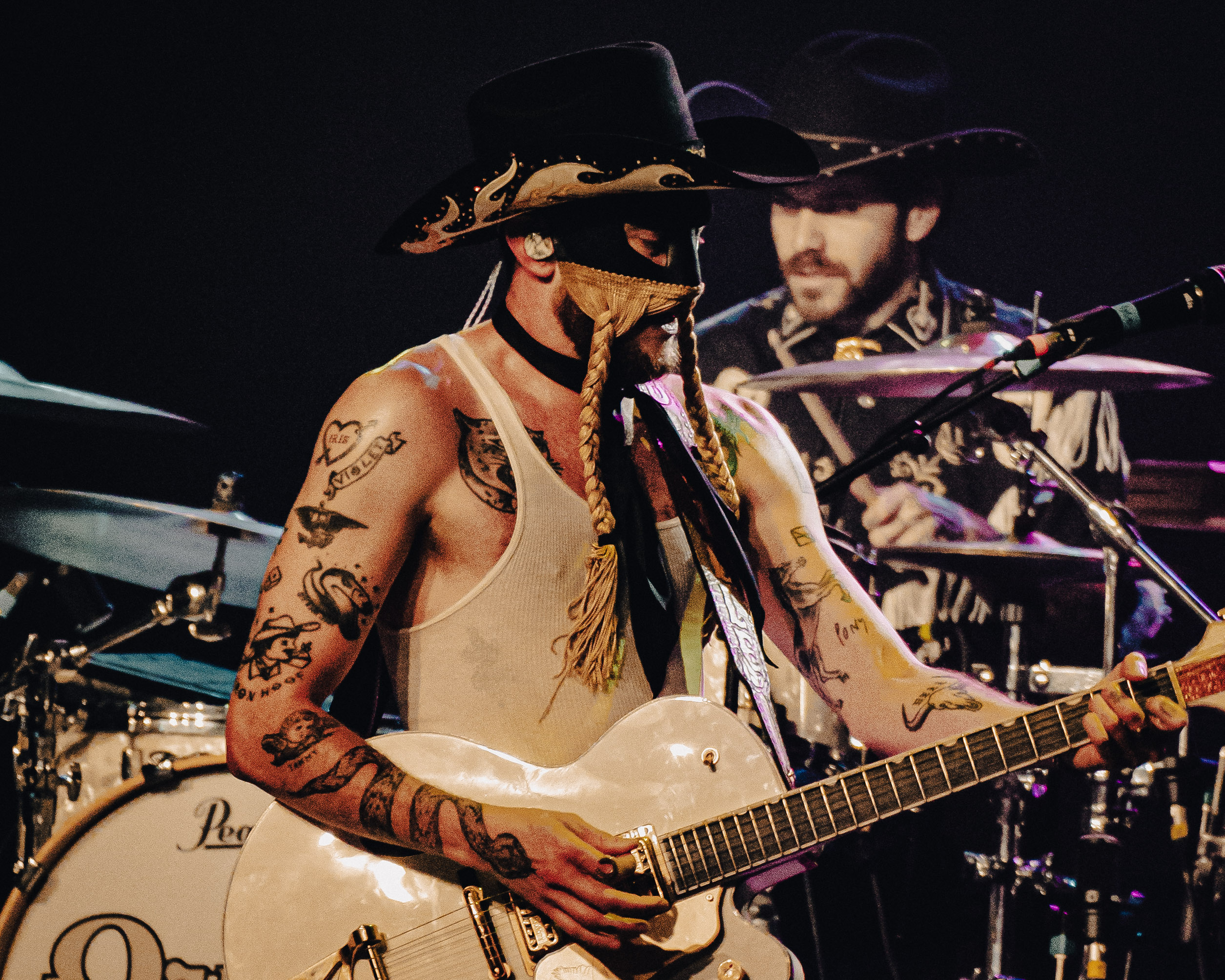 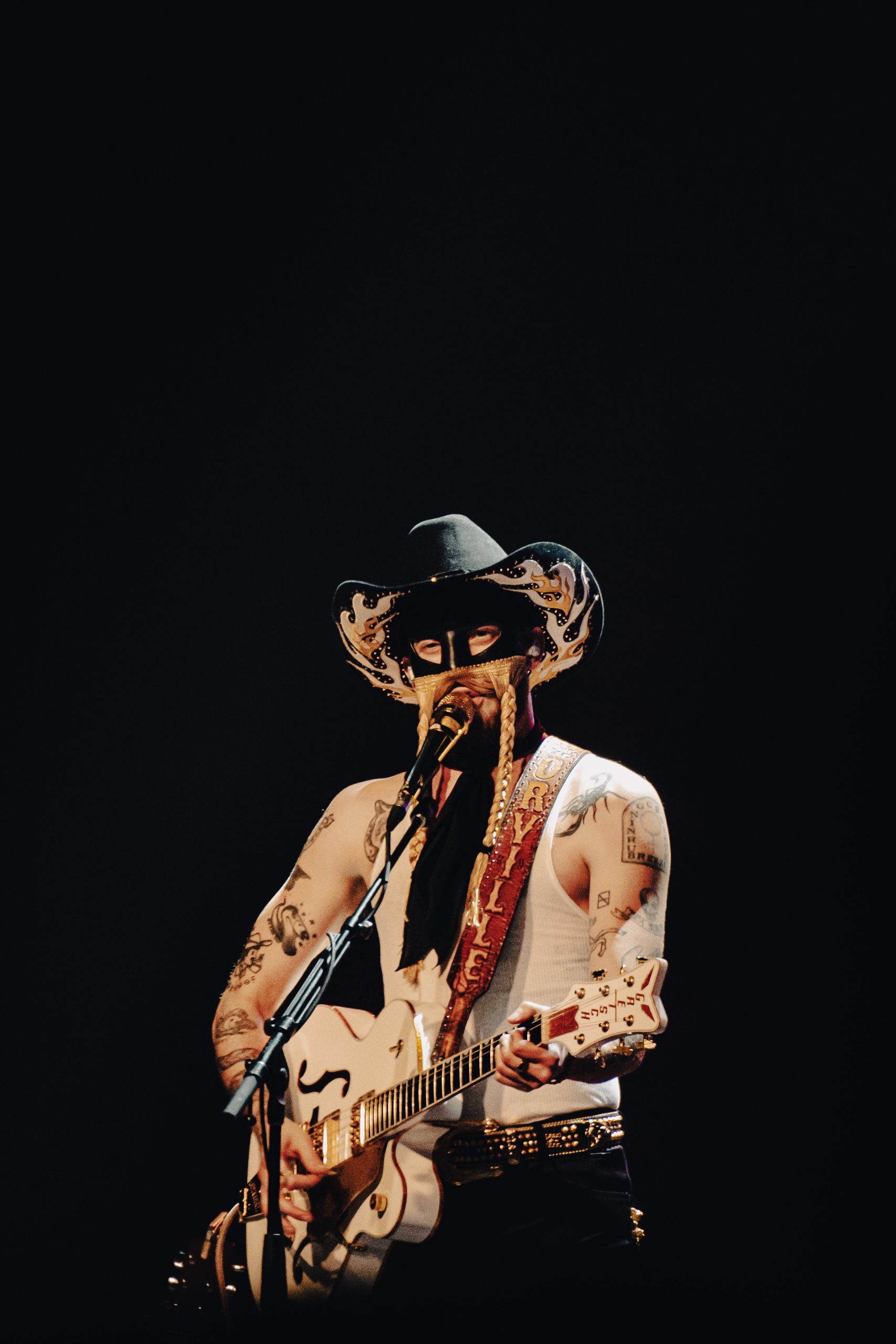 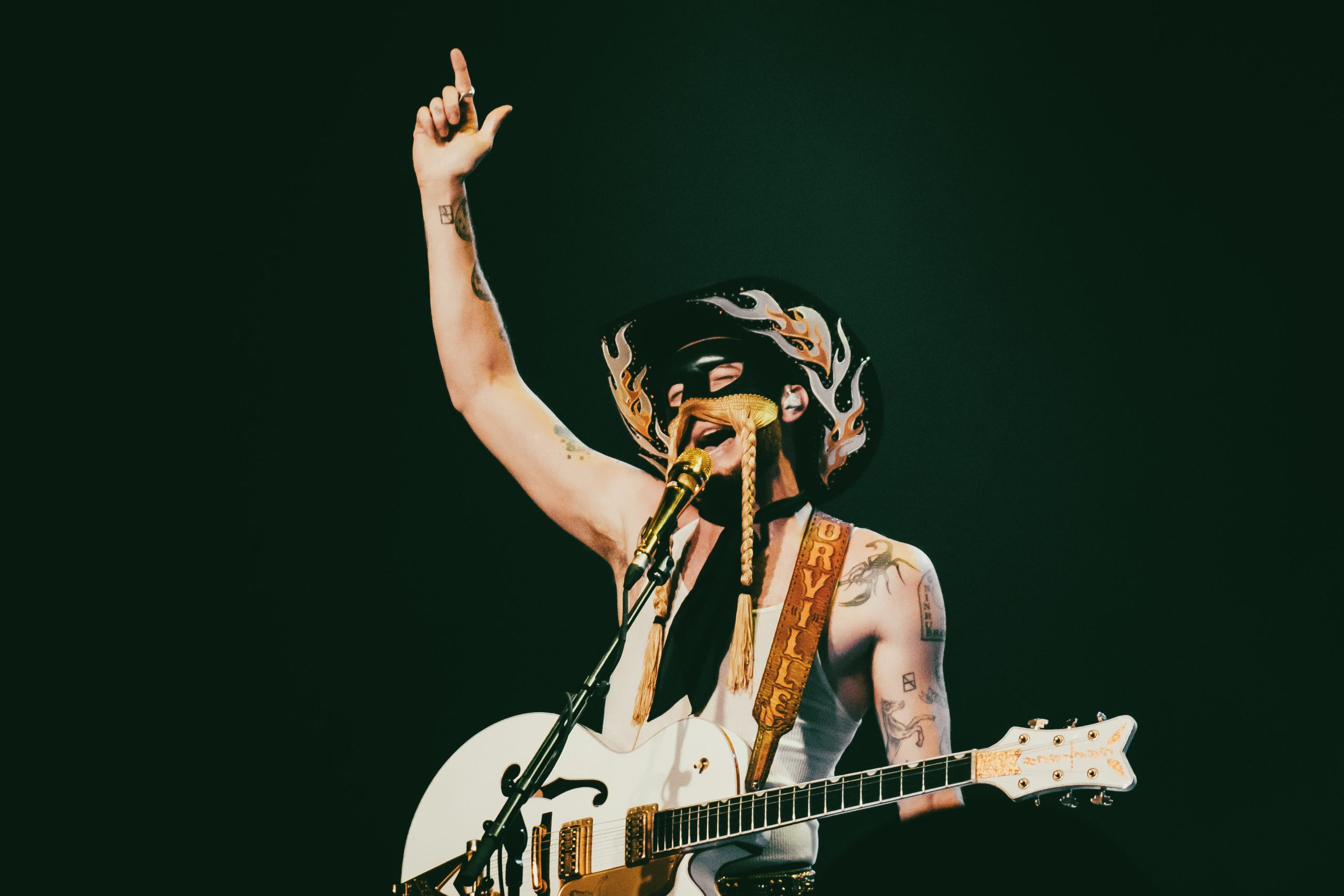 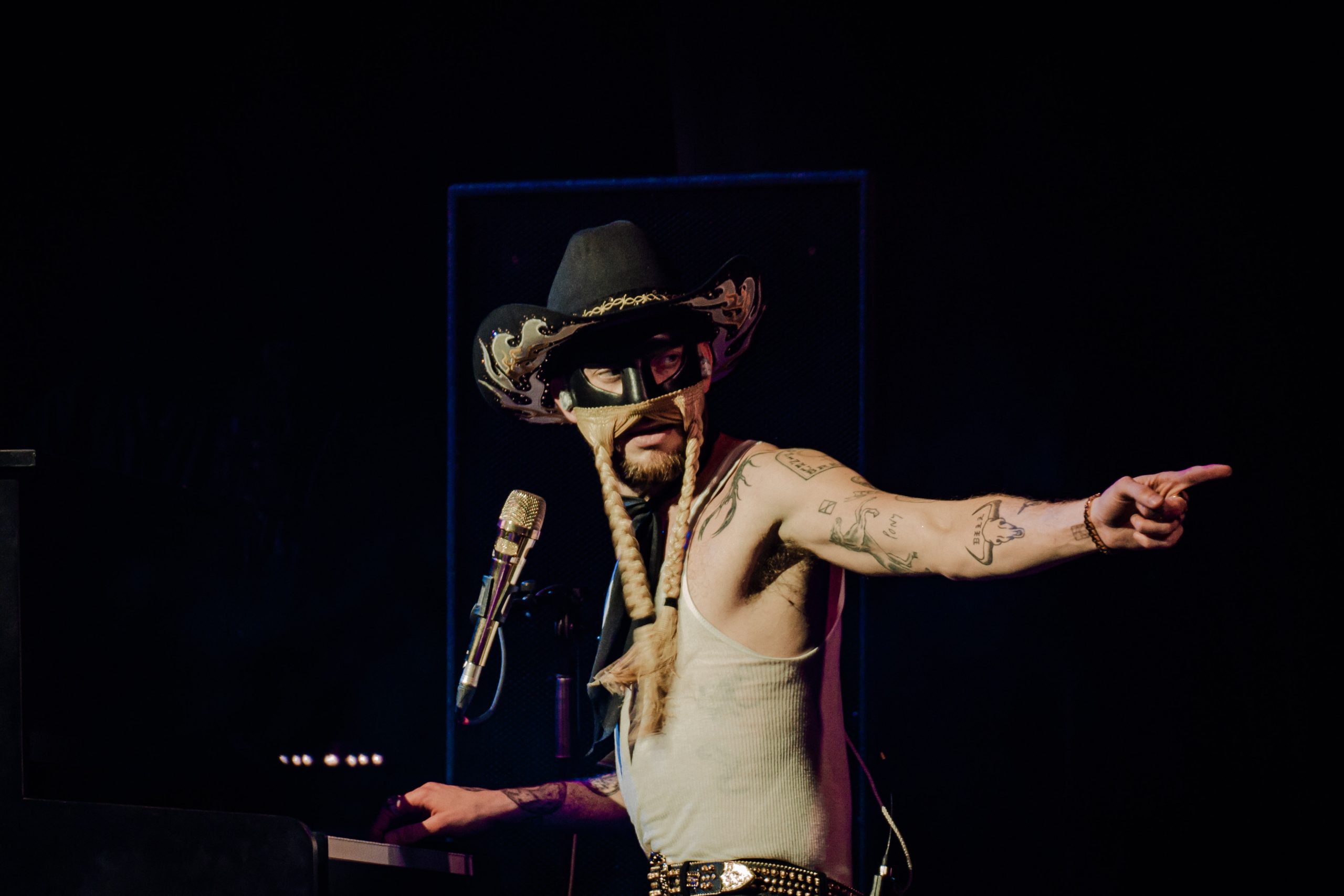 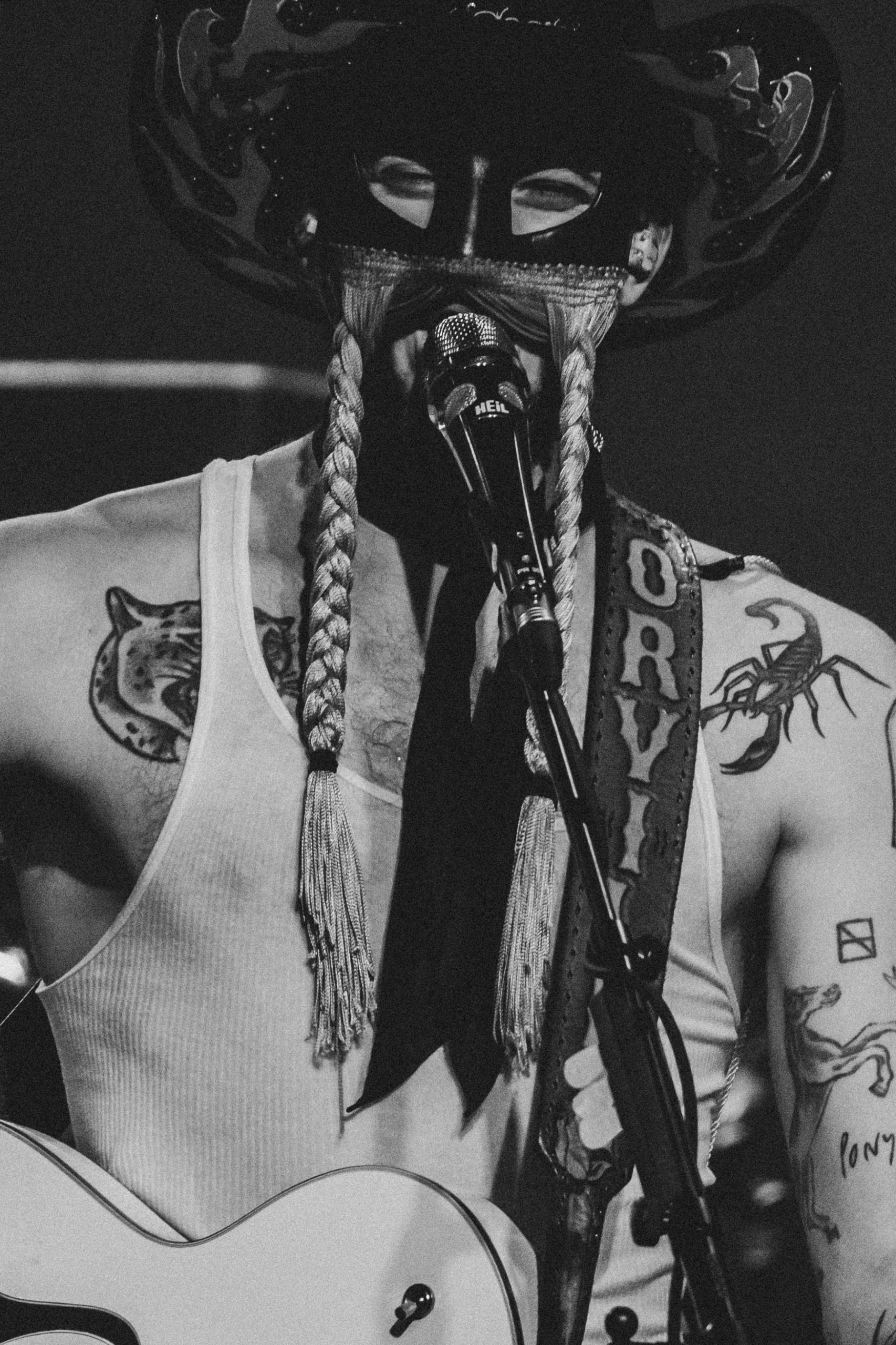 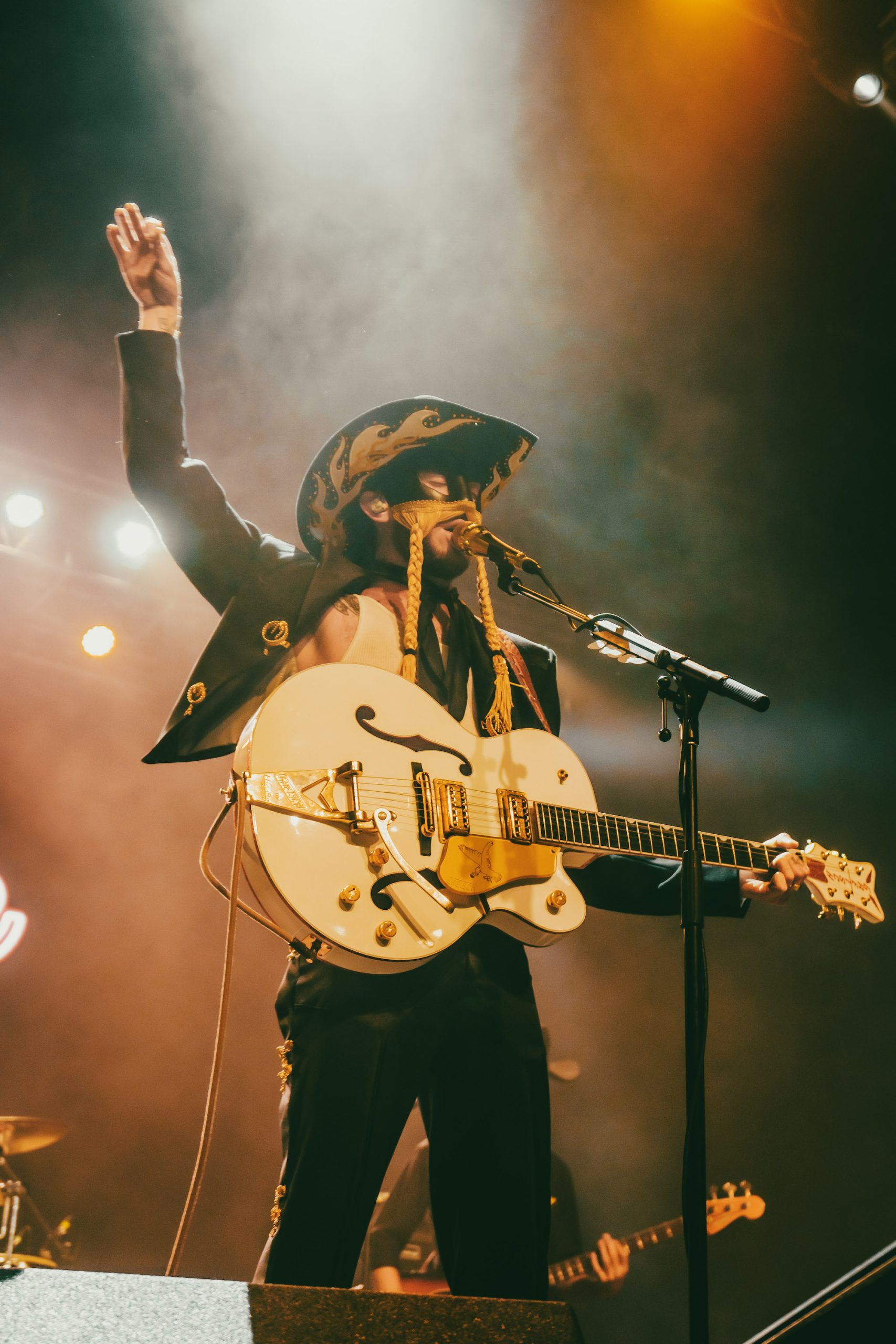 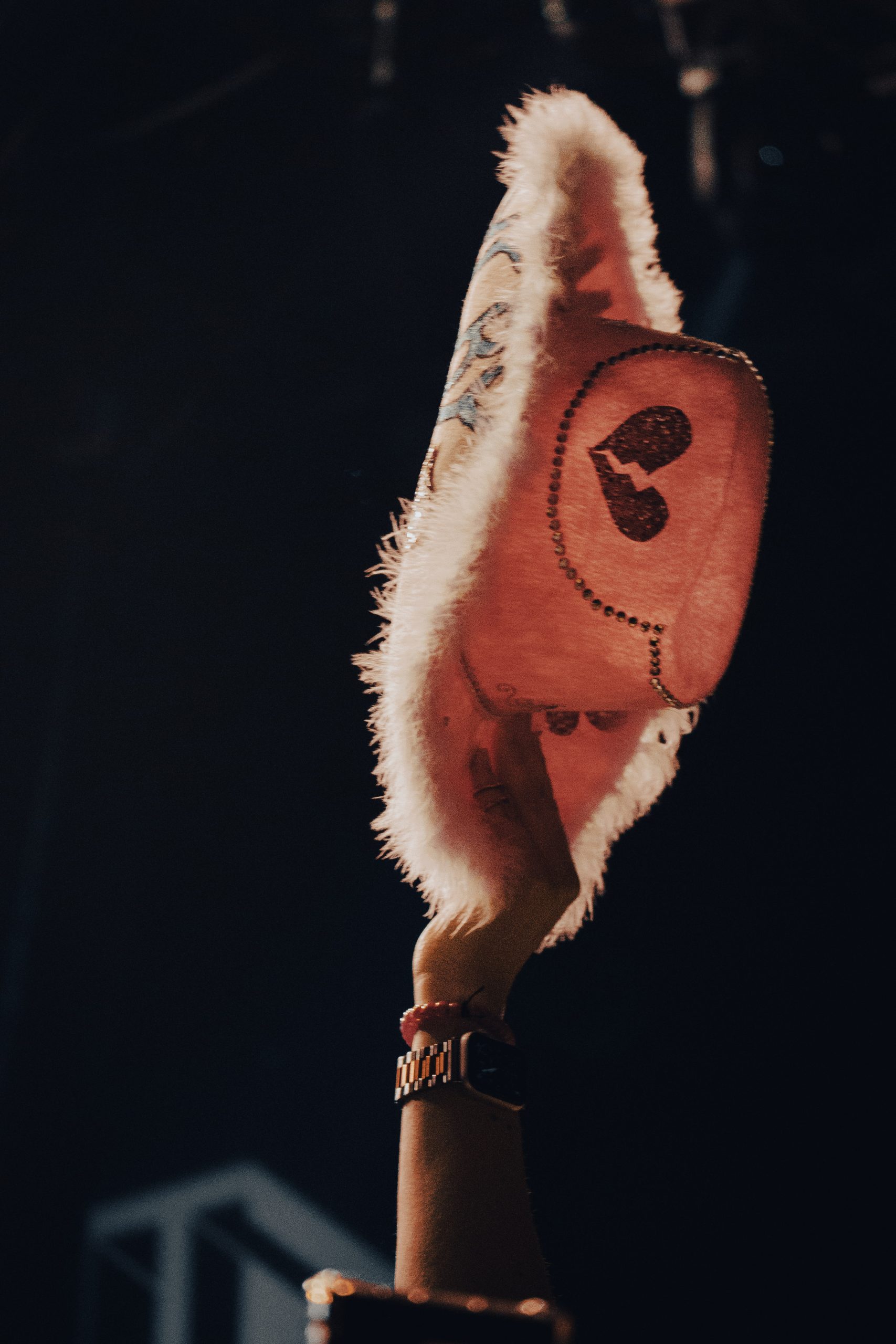 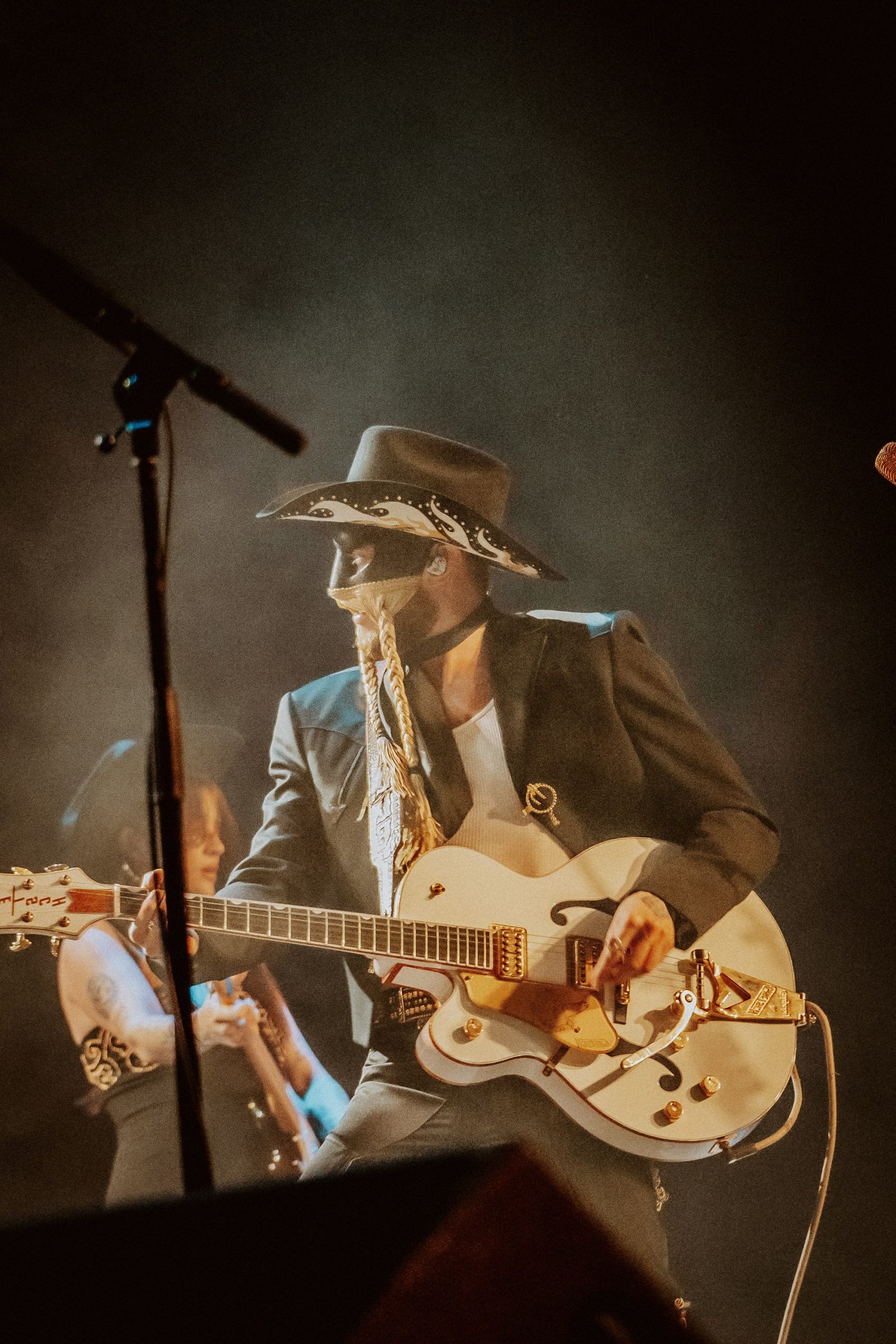 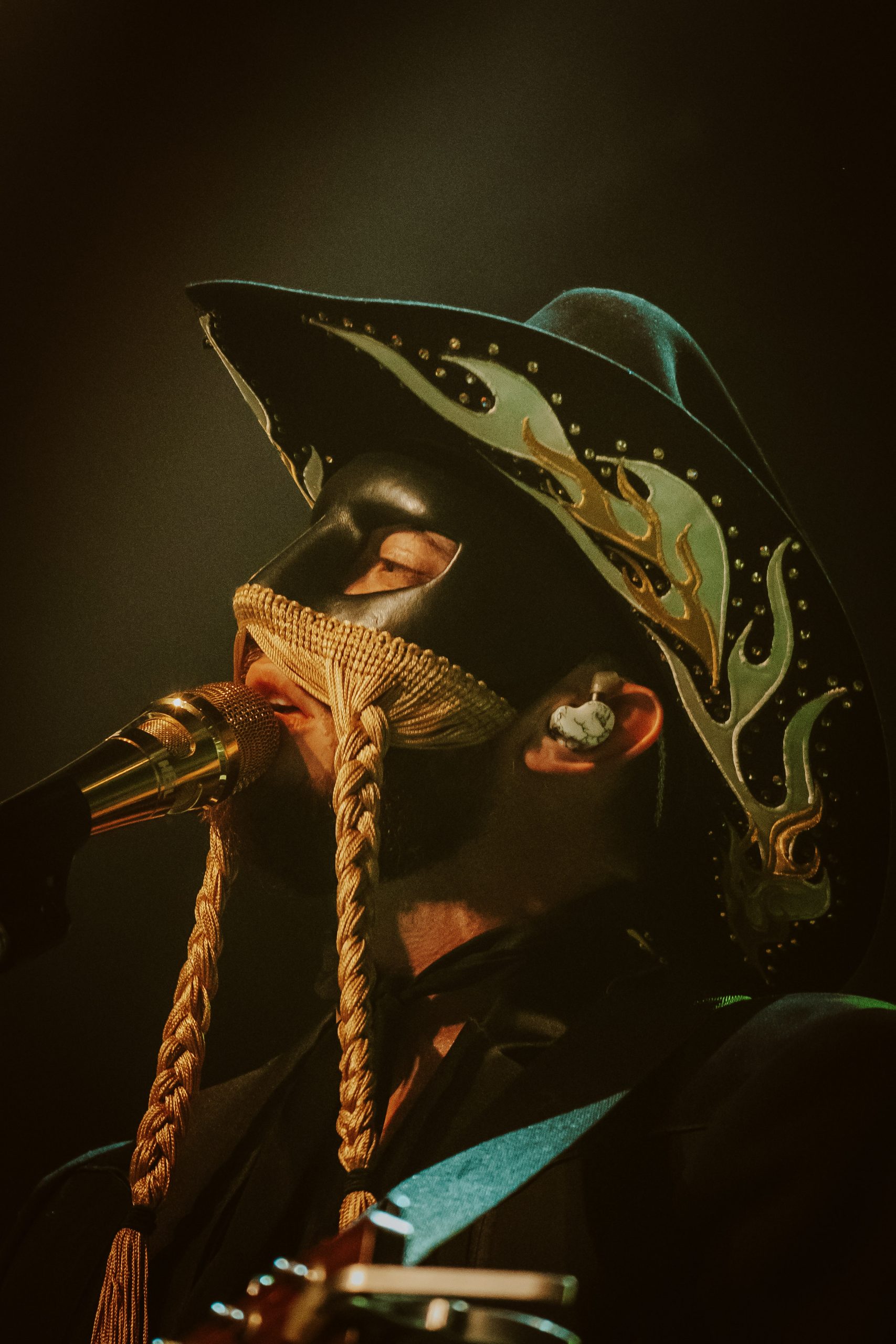 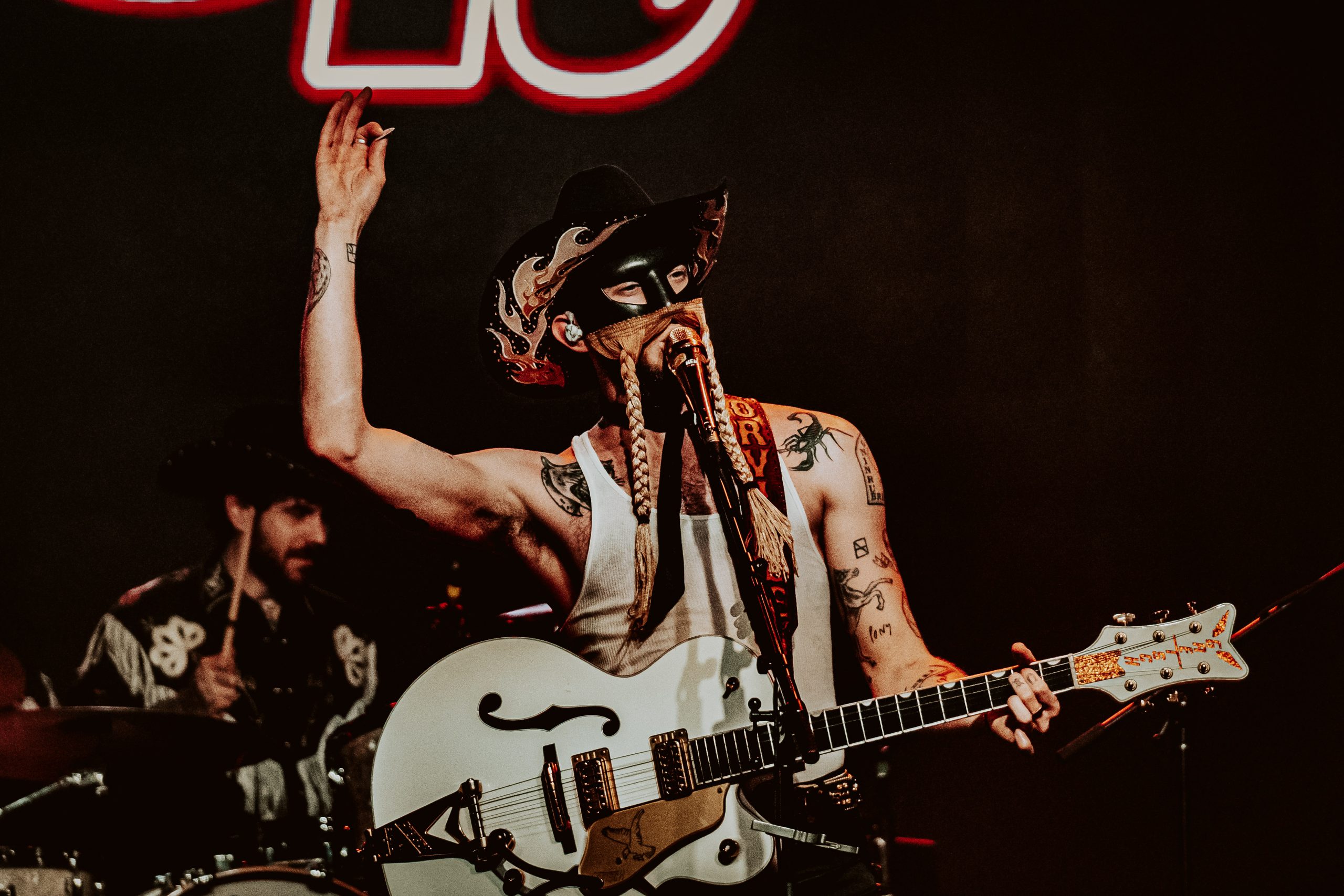 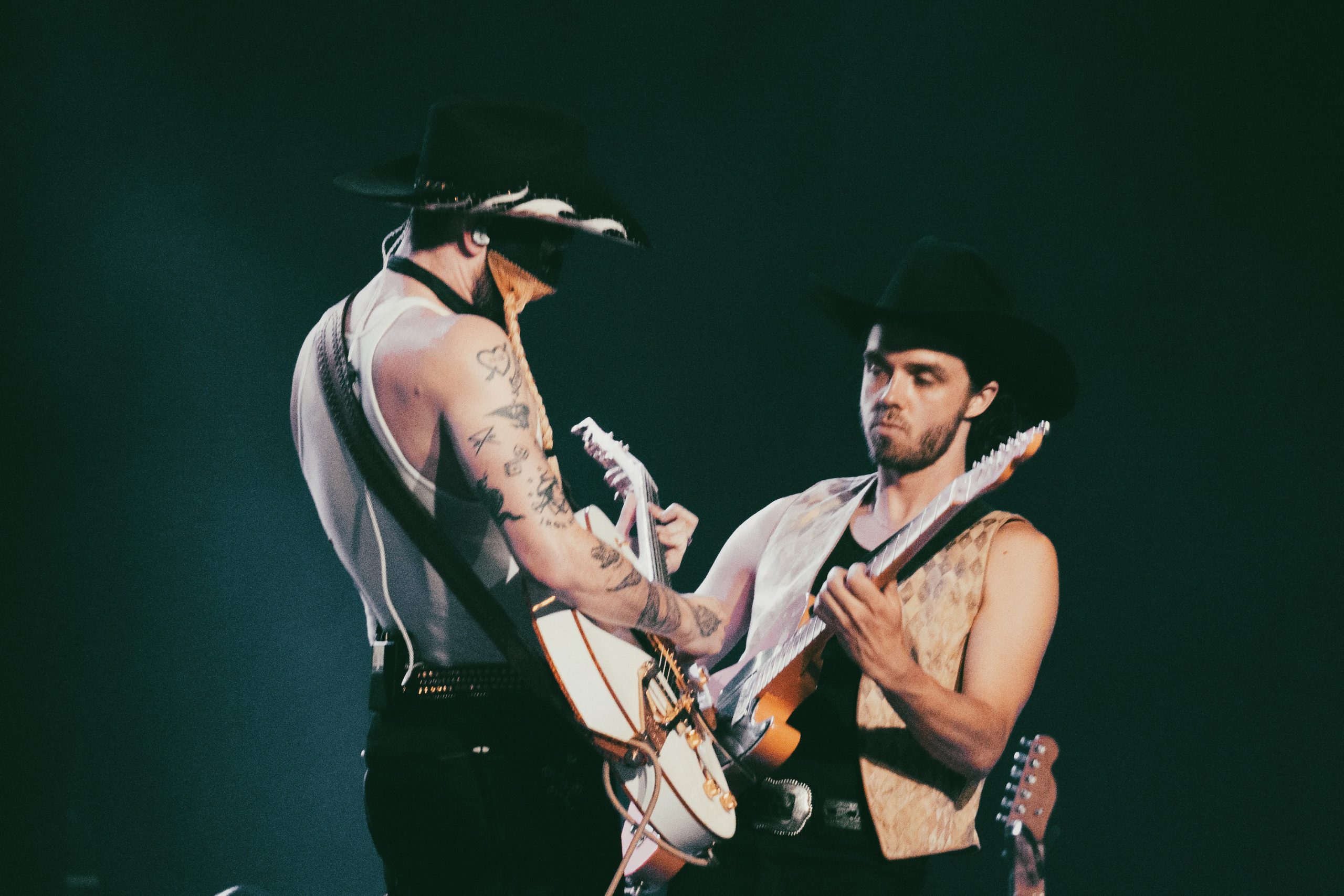 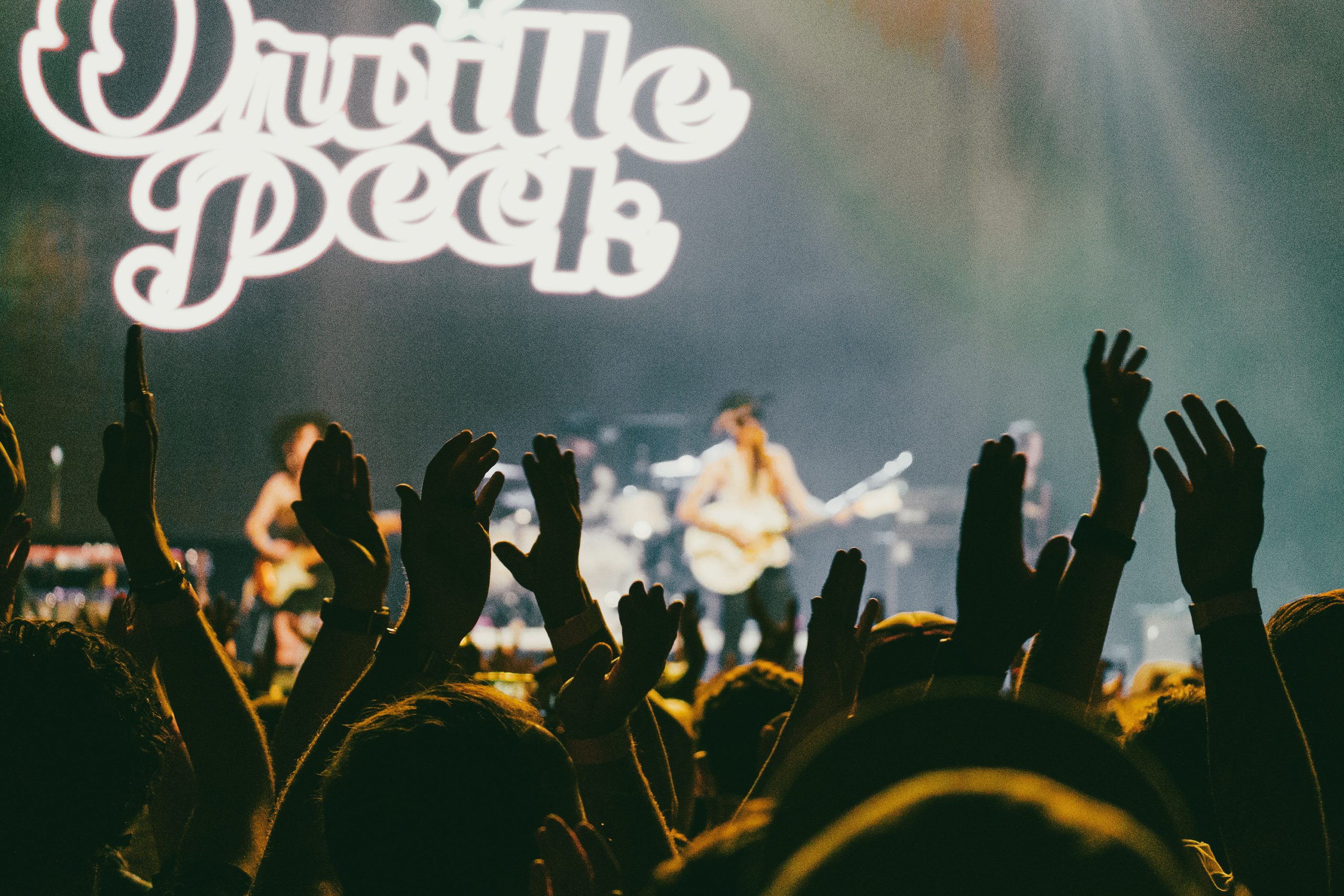 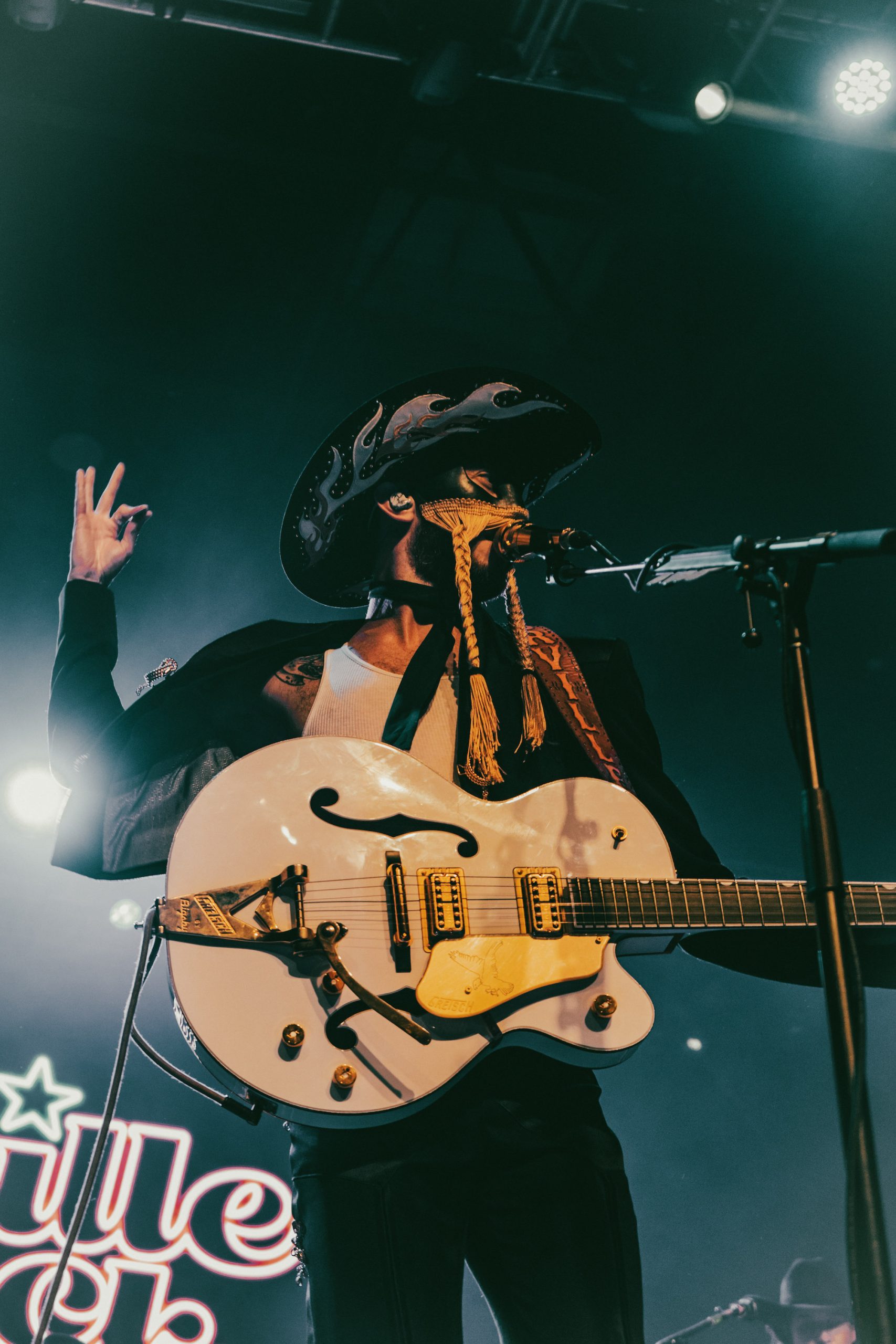 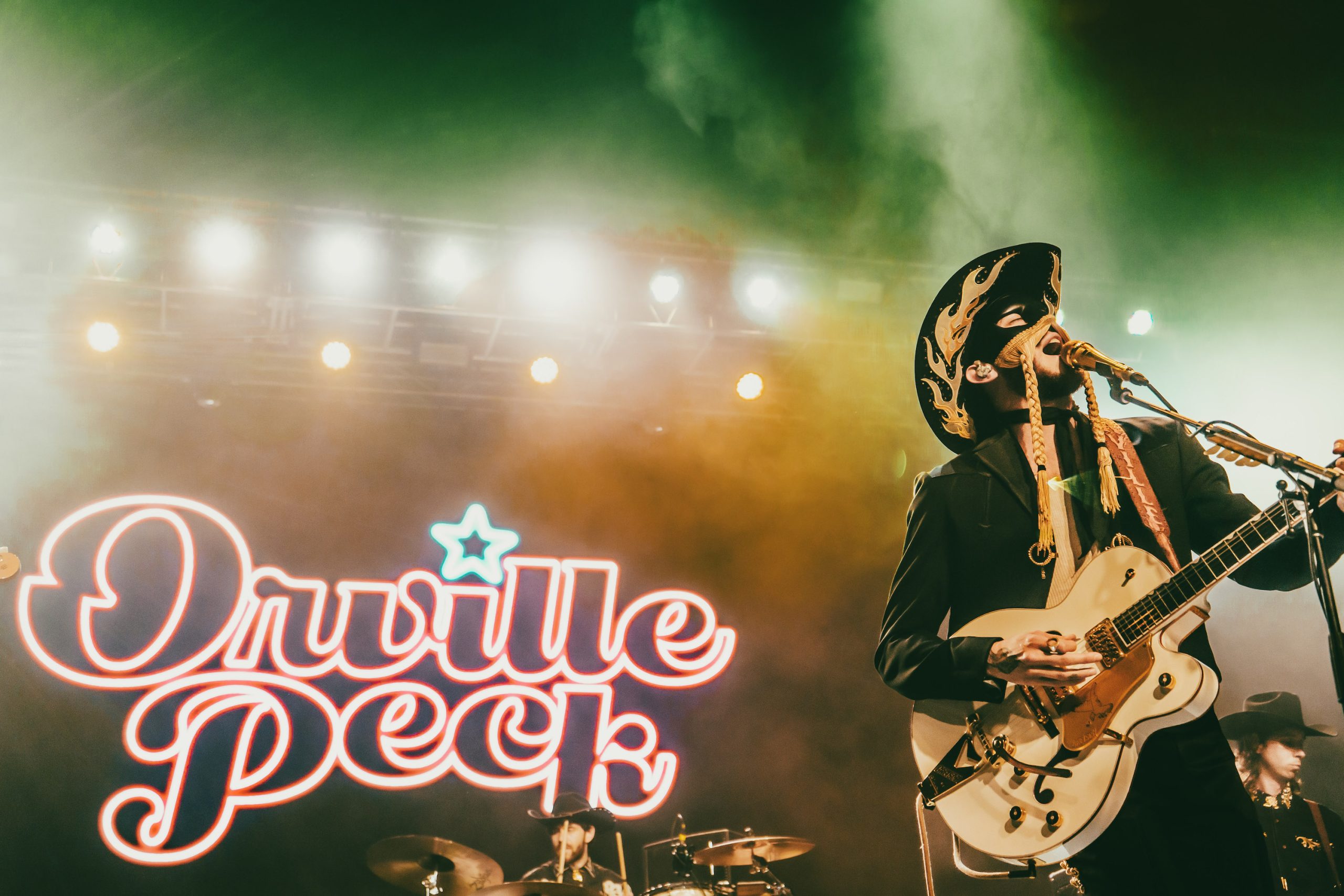 All photos by Vincent Urrabazo.

The Factory was running wild last Friday night when masked outlaw Orville Peck rode into town. The Dallas stop was among many cities that had to be postponed in 2020, but now with his second full-length album, Bronco, freshly out, this well-awaited tour had a whole new fire behind it.

The show started with “Daytona Sand,” one of the better singles off the 2022 album, and it proved to be an exhilarating opener. As always, he was dressed to the nines in a Nudie suit and the night’s mask of choice with meticulously braided tassels, mimicking two long pigtail braids and allowing the audience to see his blinding smile. A couple of songs in, he threw off his black tailored jacket and did the rest of the show in a white tank top, showing off his collage of tattoos that seems to grow every time we see him.

The majority of the setlist came from Bronco, which is more country than his previous releases and lacks the darkwave-inspired sound of his debut, Pony, that this writer prefers. However, Peck could just be on stage singing nursery rhymes and it still would be a hell of a show.

A third of the way in, we got an explosive cover of Gram Parsons’ “Ooh Las Vegas,” a duet with guitarist Bria Salmena, who also sang alongside Peck with “All I Can Say” and” Legends Never Die,” performing Shania Twain’s part. We also got the live debut of “Blush” because Peck loves Dallas — his words.

Peck was born in Johannesburg, South Africa, educated in London and is based in Canada, so you can say he’s been around this world (and it’s rotten to the core) but today we’re declaring him an honorary Dallas boy. His music video for “Queen of The Rodeo” was shot at Billy Bob’s in Fort Worth. In 2020, he teamed up with North Texas songwriter Paul Cauthen for a double single of cover songs as The Unrighteous Brothers. And on Friday night, Peck revealed that one of Bronco‘s tracks references Dallas.

At his last show in town three years ago, the singer wanted to ceremoniously ride up to the venue and was offered a choice between a horse or a Cadillac. His tour manager relayed this information, saying there was “something ’bout a horse and a man and a Cadillac” and those exact words made it in the tongue-twisty “Any Turn,” a song about tour life. While the lyrics of exhaustion and uncertainty are relatable to any musician, this special little tidbit is something Dallas fans can brag about.

Oh, and of course, he chose the horse and yes, there’s a picture.

Peck is a star performer through and through. Undeniably one of the most charming musicians out there, his stage presence and the grace he carries himself with will make you fall in love instantly. Some lucky audience members even got roses from him throughout the show, a tradition he’s been carrying on the tour.

Having been trained in ballet and theatre, he really knows how to work a stage. Every meticulous move is done with both complete delicacy and power, his energy never faltering. And his singing? How can we even put it into words? If you don’t hold Peck high on your list of the best singers today, reconsider. Every vocal moment from Friday’s show was flawless. Going from angelic falsetto from one moment to growling, baritone vocals the next, he constantly reminded us how grateful we are to experience live music.

The highlight of the show was the encore, “Take You Back (The Iron Hoof Cattle Call).” The singer referred to the song  as “the induction into the Orville Peck gang.” It’s one of the more high-energy songs — it’s played at a much faster tempo live than the album version — and requires audience members to join in on the wild west whistling (if you can’t whistle, just pretend like Salmena.) The three-and-a-half minute song turns into about a six-minute one — the instrumental breaks are longer, each member is introduced and gets their own little solo, plus Peck paused halfway to anoint an audience member a rose for their “disco-honky-tonk-circus-chic” outfit (to which Peck said is what he’s looking for in a man.)

“Take You Back” was the song we were looking forward to most of all and it definitely did not disappoint with its palpable electricity and joy. And once you’ve heard it, “you’re a member for life.”

Now as the post-concert depression is setting in, please, Take Me Back.