[Q&A] We Were Promised Jetpacks Has Come A Long Way. 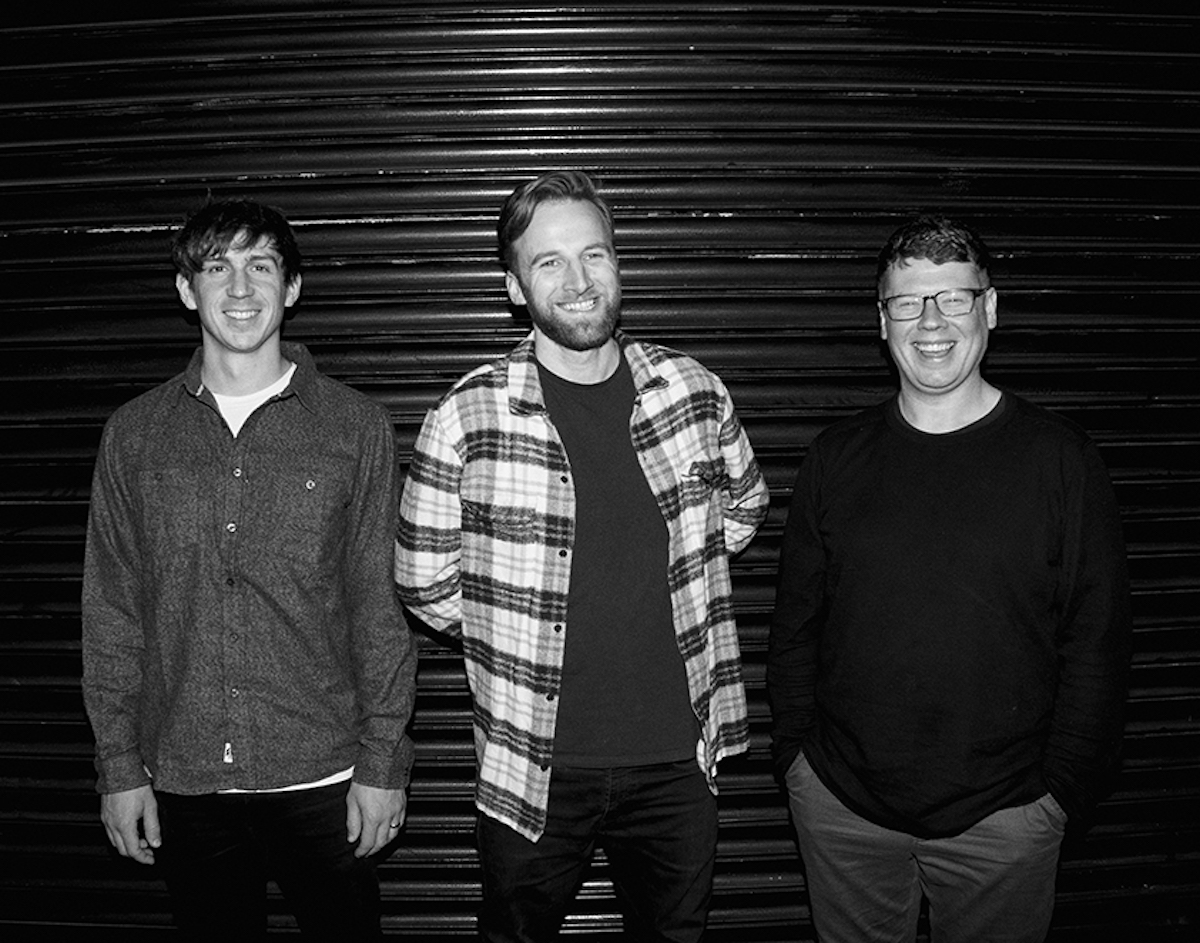 While Formed In Scotland, The Rock Band Has Frequented DFW. During Their Latest Stop, We Ask How They Weathered COVID & — Why Texas?

We Were Promised Jetpacks may have formed in Scotland, but it’s no stranger to North Texas. Hitting up venues in Dallas and Denton in the past, the punk/post-punk band will be in Fort Worth this weekend. Headlining the first Southside Spillover on Saturday, March 19 at Tulips, they’re set to play with Claud, Laundry Day, Kali, Boyish, Komorebi​, Homewrecker & The Bedwetters and Hen & The Cocks.

The band kicked off their career in 2009 with an explosive debut LP, These Four Walls, and their fifth, Enjoy the View, came out last September. Now with a run of dates through Texas around SXSW, vocalist /guitarist Adam Thompson, bassist Sean Smith and drummer Darren Lackie are happy to finally be back on the road.

It’s been a while, but it’s a happy return for the band.

The ever-polite and well-spoken Thompson took time out to speak with us one morning as the band got their van ready for this latest jaunt. We discuss touring this year – as compared to pre-COVID times – why they still come down to SXSW with a handful of LPs to their name and how they stayed together in these last two years.

Are you nervous about being on tour?

I’m nervous about even shaking a stranger’s hand.

Yeah, I’m not too much of a nervous person or a germaphobe, but it’s stressful. Like, I was on a train yesterday and somebody behind me was coughing a lot. And it’s like “Ewwww!!!!” [laughs] On this tour, there’s going to be seven of us in a van, traveling around for six weeks. There’s a lot of different people in different rooms, and it takes one case to wipe out a week of touring for us to lose thousands of dollars.

It’s nerve-wracking but I think we had to be like, “We can’t wait until it’s perfectly safe to tour again. If we want to be a band, we need to play shows.” I live in New York, but the other guys are flying in from Scotland. Everyone’s had their negative test. They’re all on their way, so it should be good.

This tour is six weeks and that’s longer than [tours] we had done before the pandemic. I got pretty used to living at home, enjoying all the home comforts. By the time you play a couple of gigs, it’s like, “Oh, it’s all worth it! I remember why I did this again!”

Have you seen any local or national touring bands in the last six to ten months near where you are?

I did see David Byrne’s “American Utopia.” It was so good. That was in tightly packed-in seats, but there were no concessions and everybody was masked. That was the first bigger show back that I went to. It was slightly strange at first, but by the time the music started, I kinda forgot what was going on. That’s the usual good thing about gigs. It gives you that frame of mind where you’re not thinking about things outside of that room.

Are you guys en route to SXSW or coming from SXSW for this show?

I think Fort Worth is just after. I think we do three at South By, and then we’re back in Fort Worth’s way.

For a band that’s been around for a while, what is SXSW for you now? I understand if you’re a band trying to get some exposure, but for a band that’s put out a handful of records, is it like, “Why are we here?”

Well, it’s the opposite for us. This year, we were like, “Let’s go to South By!” because we haven’t seen people in such a long time. We figured there’s probably a good chance a bunch of people we work with and a bunch of friends’ bands will be in town. We have some good friends in Austin anyway. We don’t really need to get so much out of it for the band, but more personally. “Let’s try and have a good time.”

We’re only doing one show a day. We’re not playing someone’s backyard and traveling across [town] to play a pizza shop. Some decent shows, once a day and then we’re going to hang out and drink margaritas.

Is playing North Texas a good stop-gap place for the band to play with where you go next?

Yeah! We always have a great time in Texas. I honestly can’t remember a show that was not well-attended. We’ve played plenty of shows where it’s small crowds, so we’re used to it. But generally, Texas always turns up. We played outside at Mohawk [in Austin]. We’ve played San Antonio as well. Texas is so huge. There are plenty of opportunities to play. There’s also places in central [part of] America where you’re playing through a lot of nothing and there are not many shows.

Back in the 1970s, bands would tour a lot of small markets. Like, how many shows you could do in Iowa. I’m sure it was like that for bands in Scotland back then. But if you guys only toured in the UK, would that drive you crazy?

Yeah. The UK’s pretty small. It’s kinda difficult for us to do seven to ten shows, because we don’t do that well there. There’s not as many places for us to play. It’s strange, because all the drives are like, 45 minutes to an hour. But you get over here and it’s like, you have to drive for a day to get anywhere. I would like driving only 45 minutes a day and have some time to not be in a van. The big open roads of the States [are] always something we’ve enjoyed. The fact you can do two full US tours and Europe, you hit all different markets and spots each time. Like, this tour, we’re not playing Florida, but other tours, we’ve played three or four shows there. There’s a lot more opportunity in the states.

I have to ask since you’re in New York and your bandmates are in Scotland, are you a Google Drive band or a Dropbox band?

Google Drive. We had quite a laugh. I am not technical at all. I can’t even print something on the laptop. We flew back, I was in the States and I was waiting on a green card because I got married to someone here. The whole COVID thing was getting scary. People were dying. I didn’t have health insurance. I didn’t know if I was going to overstay my welcome here. I decided to fly home in Scotland and wait it out a couple of months. As soon as I landed, it was national lockdown. From March 23 on, we decided we were going to write an album.

We were sending each other files, which was a laugh. I didn’t know what was in the cloud. What needed to be compressed. It took me a while. I think my Dropbox has been full for six years. I just ignore those emails.