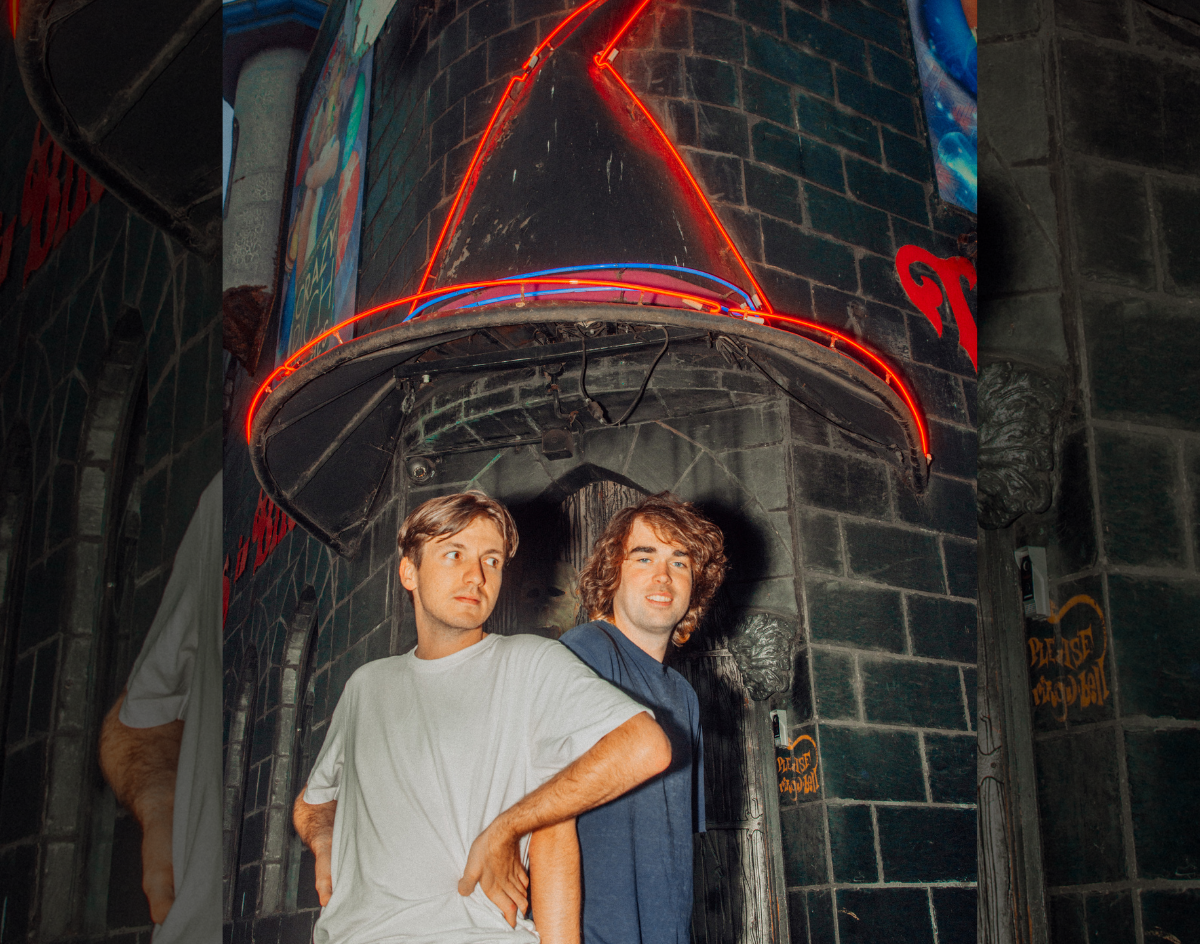 Before Taking The Stage At Deep Ellum Art Co., We Spoke To The Australian Indie Duo About Its Last Dallas Show, ‘Grey’s Anatomy’ And Local Music.

Good Morning, the Melbourne heartthrob indie pop duo, played its second show in Dallas last night at Deep Ellum Art Co. supporting its latest album Barnyard. The duo was supposed to play Three Links March 15, 2020 during Not So Fun Wknd Fest, but was canceled that week because of, well, you know.

Its first ever U.S. was cut short then, but now its back on the road and making stops all over the states with opening act Packs, including three Texas shows with Austin-based (and Dallas-formed) indie rock band Hall Johnson.

Established in 2014, Liam Parsons and Stefan Blair of Good Morning have been making music for over a decade. In October, it released its sixth record Barnyard — its biggest one yet considering it’s the longest in time and had professional producers in the credits for the first time.

While Good Morning has been giving us great album almost every two years since forming, its debut album Shawcross, a cross between jangle pop and bedroom pop, is still the duo’s most popular. The haunting, repetitive vocals on tracks like “I Warned You” and “Don’t Come Home Today” could easily be any indie kid’s favorite songs. Take it from us. However, in Barnyard, which was recorded in Wilco’s recording studio The Loft in Chicago before the Covid-19 shutdown, keeps its signature laid-back, effortless vocals, but is more direct with its lyrics. Still indie vibes, though.

Anyway, we chatted with Parsons and Blair in the patio of the loft they stayed at right after soundcheck. Here’s how it went.

Liam Parsons: We are a band from Melbourne, Australia. We make records, it’s usually just me and Stefan for the most part. We write songs and play, and when we tour, we have our friends with us. They always get to Dallas! I think it’s our second time in Dallas.

We started making music in 2013, but we always made music before then too. We’ve been making music together since, like, 2010, or something.

You have a new album that released just last year, so tell us a little bit about Barnyard.

Stefan Blair: It’s our longest record today. We made it in the states here a few years ago. We recorded it in Chicago – It was our first time working with a professional engineer.

Since Shawcross’ until Barnyard, how has your artistry changed?

Parsons: I think the songs are a bit more though out. We’re better about writing lyrics. It’s like less repetition, unless its intentional repetition, as opposed to just not having anything to write [laughs].

Blair: Or just writing a few sentences and being like, “That’s fine. That can fill the whole song.” I think it comes from being a bit more self-conscious of when you first start making music. You’re like, “No one’s gonna listen to this anyway, so I’m just making it for myself” – which is still the case. When you know that some other people will listen to it, then it’s a bit more like, “Oh God, I really don’t want to have this sort of shitty phrase repeated over and over again.”

The first time you came to Dallas, you played Club Dada on Halloween of 2019 — it was a Biker Gang Booking show — and I was there. I took a polaroid of you on stage dressed as Grey’s Anatomy (I’m on season 10, btw). How was your overall experience when you were here?

Parsons: Yeah, it was like Michael Seyer and Paul Cherry. It was fun, it was a good time. We were sorta floating the idea of making every time we come to Dallas, like forcing everyone to pretend it’s Halloween and have to dress up [laughs]. With touring, unless you have a lot of off time in a city, you don’t really get to see all that much.

Blair: Much all I remember of Dallas is the venue and the many costume shops that we visited to piece together the Grey’s Anatomy attire.

Parsons: We had an Xbox in the van …

Blair: And we had someone give us a DVD

Parsons: We bought a season one at thrift store or something.

Blair: We started putting it on and then we requested some more and got handed some more seasons of shows.

Parsons: Then the U.S. Government stole them from a border crossing in Canada

Damn, they we like ‘Let us save you the heartbreak.”

Parsons: We were kind of obsessed with it. We would just watch it in the van. So then it was Halloween and we were like, “No brainer.”

During your performance at that Dallas show, I saw the guy in front of me pull out his phone, type in “Good Morning” on Spotify and instantly start following you. I saw that happen in action!

Parsons: We got one! I wonder if he has since unfollowed [laughs].

Indie music is very popular among Gen Z kids thanks to the internet. Dallas’ music scene is quite diverse, and we have a few young indie musicians too trying to be where you guys are now. Do you have any sort of advice for them?

Parsons: I got asked this yesterday. The best thing I can think of is that you don’t have to say yes to everything. Saying “not” to shit is good. You don’t have to feel like every opportunity is the only opportunity you’ll ever get. There’s a lot of power in saying “no.” We talked about figuring out what you don’t like and I think that’s really important if you want to have a “career” in music because I think you would just get burned out doing music industry things.

Blair: You get deceived a hell of a lot when you’re younger.

Parsons: Figure out what you’re comfortable with.

Blair: I think that would be the main thing for me. Just make sure that you still enjoy it. Don’t do anything that’s going to tarnish that. Know your boundaries and respect them.