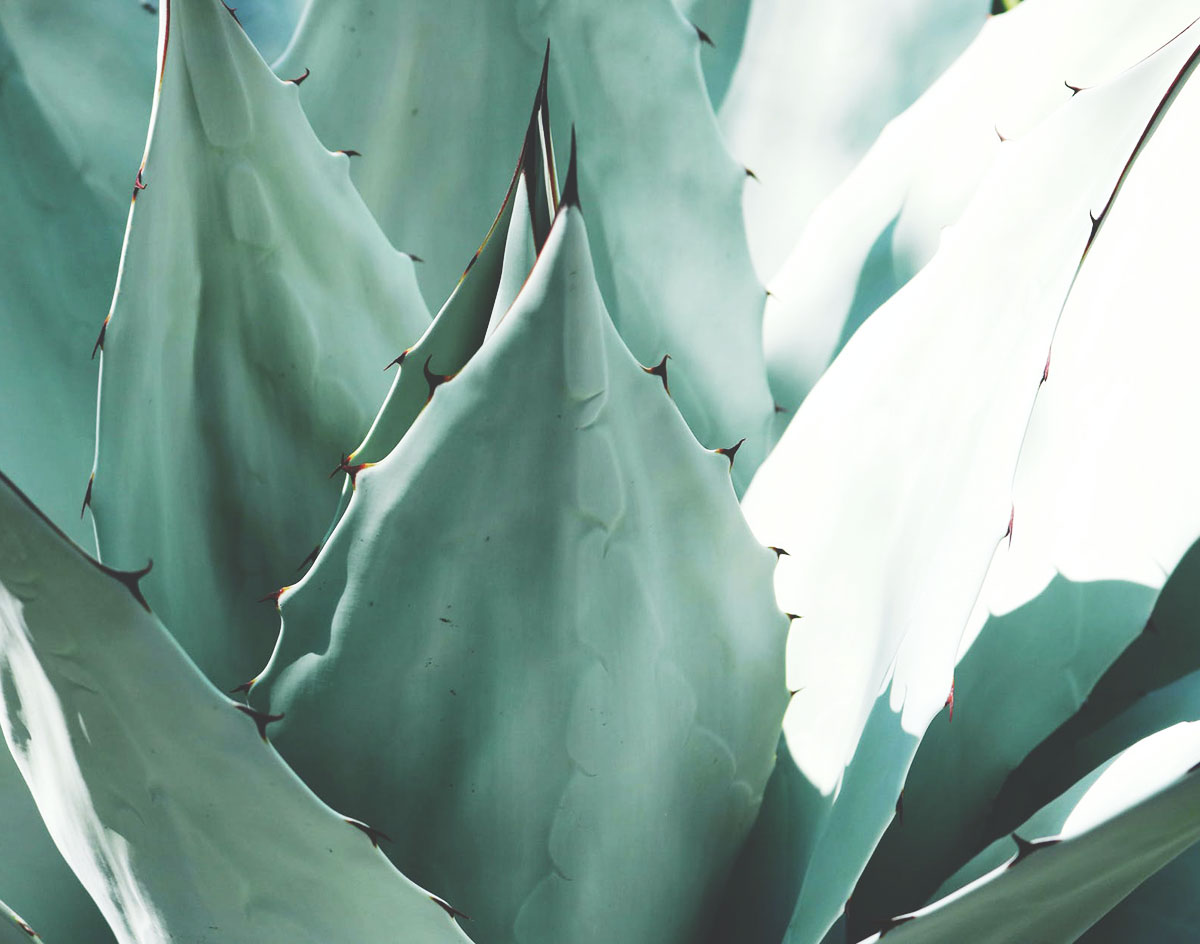 For The Dallas-Dwelling, Mezcal-Loving Businessman, Mexico Is More Than Just His Home Country; It’s A Hotbed Of Invaluable Cultural Significance.

Mexico is a treasure trove thanks to plentiful natural resources like oil, copper, gold, wood and, of course, agave distillates.

Savvy business-minded people know this — and, perhaps too immediately, their minds rush to slapping prices on items and their irises turn to dollar signs as they start envisioning the import/export possibilities.

Thing is, if you’re too quick to slip on a price tag and play the capitalism game, you’ll lose the essence of and respect for what you’re planning on taking out into the world.

César Mascorro knows this. And he knows too that a proper understanding of and appreciation for the history and anthropology behind certain goods only ups their value in the marketplace.

For Mascorro, being from Mexico is a blessing — even when it doesn’t always seem like it. As a young boy, he dreamt of having a box of American-branded cornflakes in the kitchen pantry, and now he’s traveled around the world all in the name of mezcal — the agave distillate native to Mexico once seen as “the poor man’s booze” and at one point banned by the 18th-century Mexican government.

He also once worked with Mexican Trade Commission as a consultant and advisor for international business development in the tequila sector, helping develop exports and marketing plans for the industry in countries all over the world — including the United States, Japan, Singapore, Hong Kong, China, Russia, Spain, United Kingdom, Germany, Holland and any number of Central and South American countries. At one point, he was the point man in charge of developing the sales and distribution of Mexican spirits in the European Union, specifically within the Scandinavian market.

These days, Mascorro lives in Dallas with his family and, while he now focuses on more regional American markets in his proliferation of Mexican spirits, he remains focused on the history, development and future of Mexican alcohol as if he’s always on the clock. 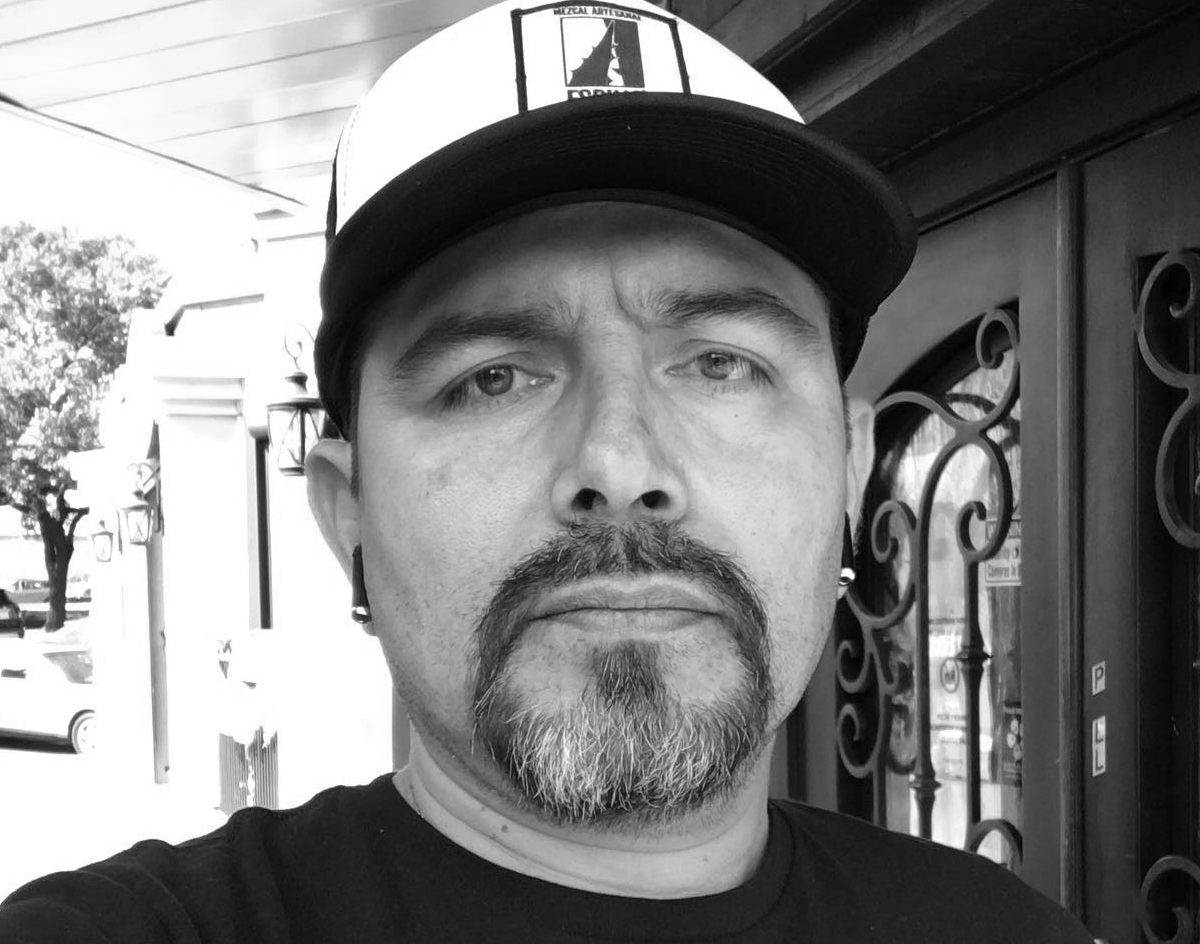 Thank you for finding the time to chat with us, César! Let’s get right to it: Why should people care about mezcal?
That’s a very good question, actually. I believe that if you tune into mezcal, you’ll be discovering a lot of history, a lot of cultures and a lot of love. Every time an agavero or agave grower goes to the field and starts their day at around 5 a.m., they’re putting their hopes and heart into what they’re doing. You have to take care of the mezcal. In one sip are all the properties, aromas, different production styles and terroir. It’s magical. It’s magical how something pretty simple and very artistic at the same time is very complex.

You live in the States these days, but you represent Mexico pretty hard. What do you love about your native country?
Well, it’s every state in Mexico [that’s wonderful]. Every state has different pre-Hispanic indigenous tribes — and different cultures that came after the Spanish. So with all of these combined, each state has different influences and mixtures of food, beverage, textiles, thinking, architecture. It’s not a homogeneous country, in that the north is just like the coast. Diversity, complexity and cultural richness is what Mexico does best — apart from its natural beauty, ancestral beauty and pre-Hispanic history. It all works together.

What could Americans learn from Mexico?
Well, the best way to learn is by heading down there! [Laughs.] Perhaps you can read and watch a lot of docs, but in the end, the contact with the personalities that are part of the culture is unmatched. Saying you know the history of tacos or mole is not the same as going down to a humble place where someone is preparing tortillas, cooking on the wood grill some guisados and giving you a freshly prepared taco right then and there. You’re eating the freshest taco of your life.

It’s one of those things you’ve got to experience to understand.
That’s what makes Mexico unique, and why I encourage foreigners to go down and experience it for themselves. We have one of the biggest culinary industries in the world. Why is that? Because of the blend of history within the cultural fabric. It’s not just the pre-Hispanic culture of each state. It’s the Arabic influence. It’s the African influence, the Indian influence, the Italian influence. On the Pacific Coast, there’s a lot of culinary Asian influence with Chinese, Filipino and Japanese cultures.

What are your top five places to travel to in Mexico?
What? [Laughs.] I have no top five places! I have 52 places — and that’s all of Mexico. I’m Mexican, married to the bone.

You’re not a tourist!
No! I’m like a melómano. Do you know what that is?

No.
A melómano is someone that loves all types of music. I love and respect nature and beauty. I love everything. What good does it do me to only experience the beauty in one particular space, without taking into account the beauty of even the poor, dilapidated house that sits on the same horizon?

It’s all part of the same scene.
Exactly. I also grew up in a very poor house. I’m telling you, I would be asleep in my childhood bedroom and I could feel the spiders and scorpions falling onto my head. Now, every time I close my eyes when I take a shower, I can feel the scorpions on my head. It’s crazy. So, my perspectives may be a little different from some people! I grew up in nature, and I’ve been in the desert. I’ve worked in the field.

Wow.
Those particular experiences, not everyone will live those. So I encourage people to go and find out for themselves. You can travel to more humble places, but humility is an attitude. Go to the poorest places and share with them.

Mexico is so rich in so many natural resources, but I’m beginning to think that what is most valuable, you cannot put a price tag on it.
Exactly. The culture is invaluable.

You deal in spirits, and there’s a stereotype that Mexicans love to party. Through all your travels, do you think there’s something to that?
Look, the Mexican is a very cheerful person. He’s so cheerful that he laughs in the face of everything, even death. [Laughs.] Take, for example, Dia De Los Muertos. It’s an honor, a tribute to our ancestors. But at the end of the tribute, the party starts.

In American culture, death is seen as an unspeakable tragedy in some cases. For Mexicans, we’re just like, “Well, we’re going to die anyway. We might as well party.”
You can find that idea translated into so many forms of art, too! For example, there are songs that talk about dying at the same time with the hopes that they bury us in the same plot together. Or there are songs that say, “I was born to die.” In other words, it’s just like, “Bring it on!” It’s a brave mockery.

With all of its cultural richness, regional differences and unique views on morbid issues, what exactly does it mean to be Mexican?
Well, I have two connotations, right? One is to have been born there. The other is to feel Mexican-like. That second one is about loving Mexico. To love Mexico is to understand it. It is to know, understand and respect it. They have their culture there — and you cannot change that. There are certain communities that are governed by certain practices and customs that have been around for centuries. Those are their laws, and you cannot judge them. The Mexican law doesn’t even govern them. They are their own.

It’s like the phrase, “When in Rome…”
Exactly. I can tell you right now that there are thousands of Americans living in Mexico. Why? Because they’re in love with it. It’s that simple.

What do you think is in store for the future of Mexico?
That’s a tough question because it involves a lot of economics, politics and social situations. I have a lot of faith in my country because I love it. I was taught and raised to think like a Mexican, pulling yourself from the ground up. My perspective remains totally positive.

Because you have to survive and keep going.
Exactly.

It’s pretty obvious because we’ve discussed it quite heavily throughout this whole interview, but I have to ask: How important is the preservation of culture at large to you?
It’s very important. It’s what I try to give to my daughters. You have to feel how the ground feels under your feet. Remaining true, authentic and respectful is the only way to remain eternal.

This interview has been edited for length and clarity. Portions have also been translated from Spanish to English.