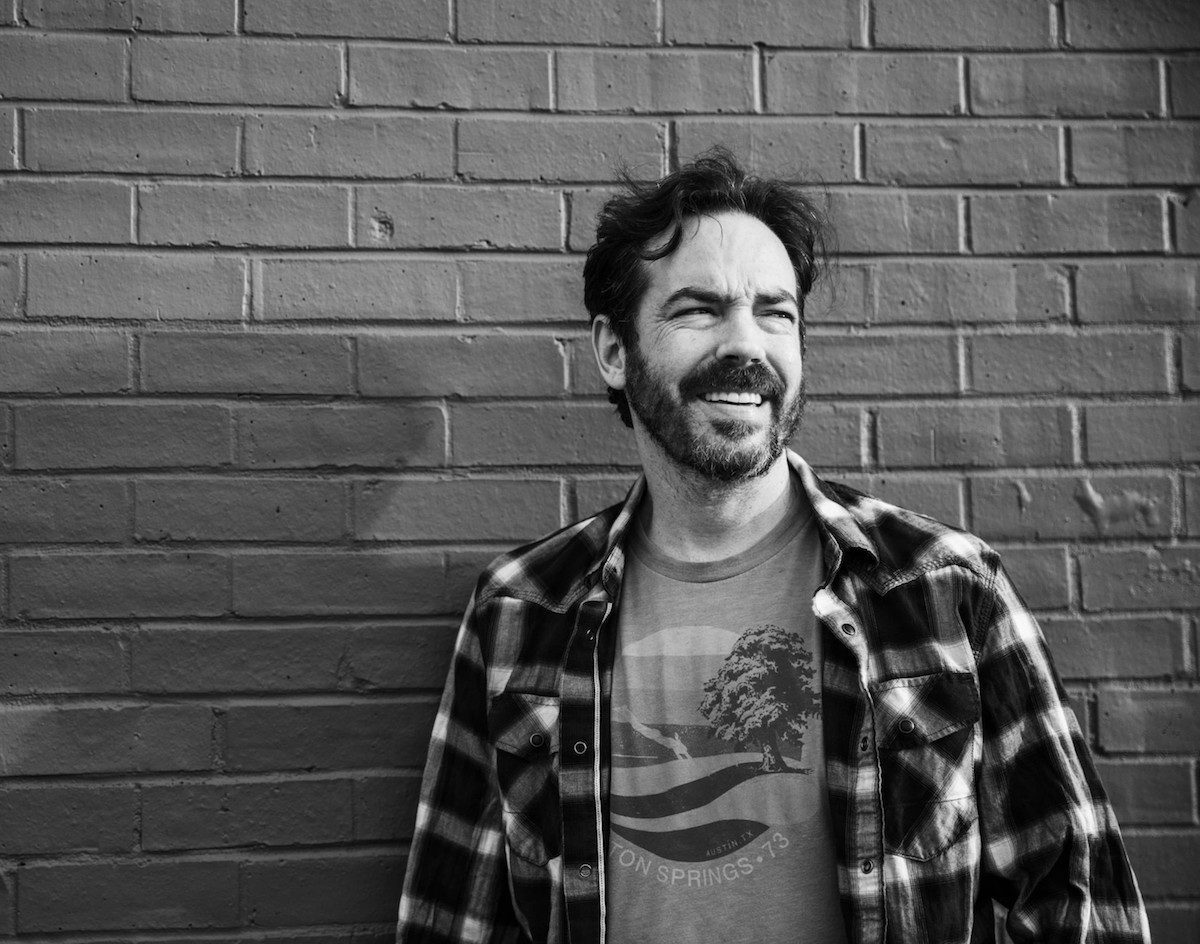 Once Upon A Time, The Denton Singer-Songwriter Set Out To Release A New Song Every Week For A Year. We Hit Him Up To See How That’s Going.

Last year, singer/songwriter Brian Lambert announced an ambitious 52-week, 52-song project. Writing, performing, producing, mixing and mastering the tracks mostly by himself, he’s about to hit the finish line, and we wanted to follow up with him.

The sprawling project for the stay-at-home dad raising two teenagers with his wife has been great. To help spread the word, he’s become very active on his TikTok and Twitter accounts. He’s making connections with people all over the world. Slowly, but surely, it’s working.

Most of the songs in the 52 songs are originals, but he’s has done various covers, like the Replacements’ “Unsatisfied,” and Wham!’s “Last Christmas.” And a lot of these songs show a sound that’s more like the Gaslight Anthem and Death Cab for Cutie than the country-tinged material he’s known for (especially “The Ballad of Tony Romo”). There are reasons for that, and Lambert was happy to explain that to us.

You can track all of the tunes via SongWhip and there are plans on what to do with all of them in the near future. For Lambert, this has been a great learning experience for him, showing him the way to what he wants to do next.

This week, I have will song #49, which is already uploaded and ready to go. I am currently mixing song #50 and working on song #51 and have not started song #52 yet. [Laughs] It’s a process. I’m pretty much doing music seven days a week, about at least three-to-four, six hours a day.

Are you working a job or being a stay-at-home dad?

At the moment, I’m being a stay-at-home dad. That will end when this is over. I don’t know how it ends. I’m hoping I can parlay some of the success I’ve had on social media and just the recording part, do something industry-specific. I’d love to make a living as an artist, but we both know there are numerous challenges to that.

Yeah, it’s never a guarantee that you’ll even be paid for putting your music up.

No, it’s not. The hope with all of this was to really get my skills out. Especially on the whole mixing and mastering part of it. I feel like I’m finally hitting my stride when it comes to that. Just doing this amount of work has really helped. You can theorize all day long, but there’s nothing like getting in there and getting your hands dirty.

You can watch all the YouTube tutorials you want about mixing and mastering, but that’s not a guarantee for what you’re trying to do.

Yeah! We have to learn to hear this stuff and the only way to learn to hear what’s going on is if you’re actually doing it and have some experience. It’s one thing watching a video on syncing up the vocals and it’s another thing to do that yourself.

Well, I kinda see my strength the ability to do a lot of really good songs. I like to think of myself in the Tom Petty kind of vein. When I think of Tom Petty, he doesn’t necessarily have super smash hits. You’re like, “Wow, every song is good!” And it’s one song after the other. I was trying to go to showcase that in a way that was more manageable. There’s someone I’ve been following on Twitter who put out 12 albums last year. He put out an album every month. That’s great, but that’s a little bit more than people can consume. So, the idea I could do it week by week and build some excitement up around that to showcase what I’m doing.

Was that project the impetus for this project?

Yes, absolutely! I had been playing three, four nights a week prior to the pandemic. Had my residency at Adair’s and all of that. Just wanting to shift gears and finally figure out the recording side of it. I’ve always got that [feedback of] “You’re so much better live!” I decided to hunker down and really commit to learning how to record and get comfortable on tape, so to speak. I’m feeling pretty good about that. I feel like I’m able to express myself that way now, as opposed to just perform live.

With your tweets and TikToks, they sound like advice you would love to tell yourself, which is helpful. But you want to really engage with people and not be the Eric Alper of the Dallas music scene. Is that a fair assessment?

[Laughs] I would say that’s pretty fair. As I’m sitting at the end of the day and I’m thinking about what I would tell myself. Something I’ve learned from parenting, as soon as you say something, you’re on the hook for it. If I’m gonna tell other people to do it, then I guess I have to do it too.

I really thought this last year about why I do music. It’s to connect with people. It can’t just be, “Me, me, me! Everybody look at me!” That’s not what I’m about.

When you’re done with the 52 songs, what do you have in mind? Do you want to play live shows or record more?

I would like to get back out and start playing live shows. I’ve started posting some TikToks of me doing acoustic stuff again, just to start getting those chops back up. My plan is to go back through the material and remix and remaster some of the knowledge that I’ve gained. I don’t know. Maybe I’ll shop it around to some labels. I’m going to take a little bit of a break from recording because I’m tired. [Laughs]

You have the time to do your music as well as being a husband and father, right?

Yeah! I try to get as much work as I can do during the day. I do keep working in the evenings sometimes after [my kids] go to bed.

As I’m getting older, I wonder if it’s tragic that your kid grows up and says he or she really connected with Harry Chapin’s “Cat’s in the Cradle.” It means you’ve failed as a parent.

I honestly feel like that has not been the case with me. I would say my music career has always taken a back seat to making sure I was there for my family. When I was playing three or four nights a week, I needed to be home on those other nights. I didn’t get to be out and see as many shows, do the things you need to do in the business.

Do you want to record other artists around here or around the world?

Yes. I think I’ve developed a style. If you want to work in this way, then I’m definitely down. There are a lot of talented people out there. The only thing that matters is what comes out of the speakers. It doesn’t matter how you get it.

When I first saw you play, you did a lot of country and folk material. You still do some of that, but there’s also this Replacements/Death Cab for Cutie stuff. Are you excited about jumbling up playing the more rockin’ material with “The Ballad of Tony Romo“?

Yeah, I feel like I’m moving even more towards that. It’s what I listen to. I love Jason Isbell or Sturgill Simpson here and there. But I’m listening to the latest Spoon album, the Sherlocks, Gang of Youths or Apollo Junction. My own tastes have been generally more indie rock than Americana. Some of the Americana stuff was just from living in North Texas and wanting to play shows. I do enjoy that music, too, but my heart really loves a good distorted guitar.