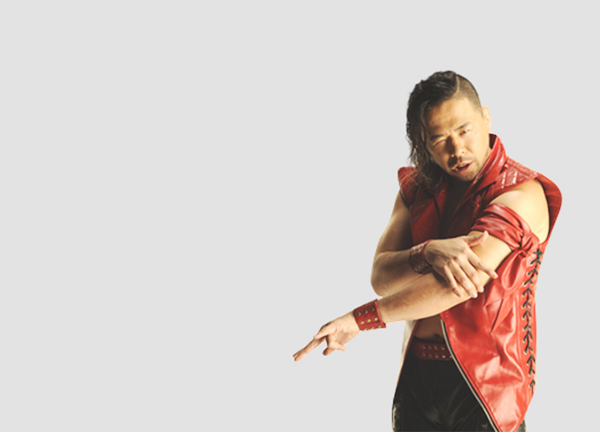 WWE’S NXT Takeover Wrestlemania Card Has Been Announced, And It Looks Fucking Rad.

It’s been known for more than a year now that Wrestlemania 32 is coming to AT&T Stadium in Arlington on Sunday, April 3. Even better? That clear attempt to break the event’s own attendance record isn’t the only show the WWE is bringing to the area as part of the Grand Daddy of Them All’s week-long festivities.

In addition to inducting various wrestling icons with local ties into its Hall of Fame (Sting chief among them) and hosting other fan-focused events official and otherwise, WWE is also bringing its NXT developmental program to Dallas proper at the Kailey Bay Hutchinson Convention Center on April 1.

Don’t place too much weight on the word “developmental,” though. This isn’t the NBA D-League at all. Instead, NXT is a pet project of WWE legend and current executive vice president of talent Triple H’s and, for almost two years now, he’s been signing some of the best wrestlers from Japan, Mexico and around the world into its ranks. He’s also recruited from independent wrestling promotions across America like Ring of Honor and Evolve.

Now, with indie darlings such as Austin Aries, Samoa Joe and Shinsuke Nakamura finally under the WWE umbrella, Triple H has managed to turn WWE’s developmental program into an all-star assembly of international talent. And with the NXT card for Wrestlemania Week announced — unofficially, at least, thanks to all the preceding events to the Dallas event having already been taped — the match lineup is shaping up like a wrestling fan’s wet dream.

Of the bouts already widely known to be taking place, here are the ones we’re most excited to see:

• Finn Balor v. Samoa Joe for the NXT Championship. Balor, formerly Prince Devitt from New Japan Pro Wrestling, has been champ for about nine months now and has firmly established himself as the face of NXT. Enter Samoa Joe, a guy universally regarded as one of the best underground wrestlers of the last decade, and he’s coming to NXT as vicious as he was 10 years ago. These two beat the hell out of each other and put on one of the best matches of 2015 at NXT: London, and while it’s going to take a lot to eclipse what they did there, these two wrestlers are definitely capable of doing it.

• Bayley v. Asuka for the NXT Women’s Championship. These two have been changing the way fans look at women’s wrestling: While in the past, women’s matches have pejoratively been known as “piss breaks,” these two have been kicking ass over and over and over again every week on NXT and at NXT events. Bayley is fresh off two match-of-the-year candidates against Sasha Banks, and Asuka has been bringing her unique martial-arts style of kicks and submissions to an American audience. These two have individually put on the match of the night at previous events but have never previously wrestled against one another — so don’t be surprised if these two steal the show in Dallas.

• Chad Gable and Jason Jordan v. Dash and Dawson for the NXT Tag Team Championship. The tag team division in WWE has been stagnant for years now. It’s had a small resurrection with the rise of The New Day and the Usos, sure. But, outside of that, it’s mostly been a hodgepodge of thrown-together tag teams and jobber teams. NXT manages to do what WWE hasn’t by making the audience care about the tag team division. Gable and Jordan are a team of shooters (read: they actually have a background in amateur wrestling, and Gable even went to the Olympics) that have taken to professional wrestling like it’s second nature. Basically, imagine Kurt Angle, but two of him. Dash and Dawson, meanwhile, are an old-school team of bad guys who are solid workers that are more than able to get the audience to turn and boo them.

• Austin Aries v. Baron Corbin. Austin Aries is the latest NXT signee to come from the independents. He was misused for years in TNA, but the former ROH champion has finally been given the opportunity to showcase his ability in NXT — if he can get through Baron Corbin first. Corbin isn’t an independent wrestler; he probably never even saw wrestling before he was signed. He’s a former NFL football player who was signed to WWE basically because he’s tall. Since coming to NXT, he’s developed a mean streak of hating any wrestler that actually came from another wrestling company, basically because they’re shorter and not sexy badasses like he is supposed to be.

• Sami Zayn v. Shinsuke Nakamura. This is the match to watch for, folks. WWE NXT officially announced this match two days ago on Twitter after weeks of speculation on whether Shinsuke Nakamura had actually signed with WWE. For those unfamiliar with him: Nakamura is basically The Rock of Japan. Arguably the most charismatic wrestler in the world, his gimmick is basically if Michael Jackson did a bunch of cocaine and became a professional wrestler. He’s able to engross American and Japanese fans alike just with his mannerisms and his amazing ability in the ring. Sami Zayn is in a very similar vein to Nakamura: He has a similar fast-paced style and is universally adored by the fans in NXT. This is his first big fight since coming back from injury a month ago, and Nakamura is the perfect opponent to remind fans not just why they love Sami Zayn, but why they love wrestling at large. Dallas is lucky to have this match, really.