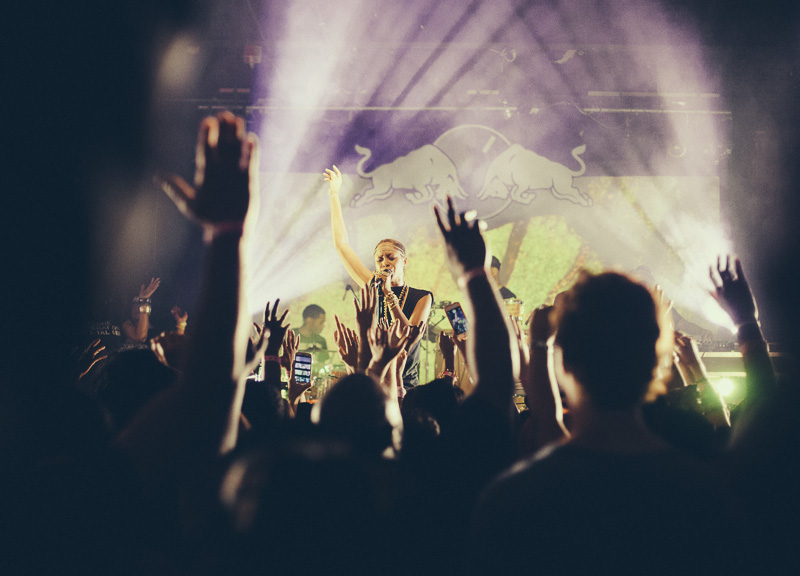 After Two And A Half Years, Red Bull Sound Select Pulls Monthly Series From Dallas Market.

For two and a half years, the Red Bull Sound Select series was a near-monthly staple here in Dallas, serving as the local arm of an international push by the energy drink company to better ingratiate itself into the music realm through a collaborative effort with various regional entities, Central Track included.

It was very much indeed a marketing ploy, yes, but it was a fairly innocuous one as these things go in that it provided audiences with unique concert experiences meant to highlight local talents, all the while charging very little beyond a few bucks and signing up for the brand’s social media platform in return.

Alas, the program has no plans to continue its monthly showcases in Dallas — something Central Track can confirm given its involvement in the program since 2013, although Red Bull has declined our multiple requests for an official statement on the matter. Barring any sudden re-entry into the Dallas market, October’s Neon Indian-headlined affair at The Bomb Factory, which we here at Central Track co-curated along with Fun Fun Fun Fest, will stand as the last regular Sound Select showcase in this region.

Last we could confirm, the Sound Select program will continue monthly as planned in the other international markets it’s existed in of late — New York, Los Angeles, Chicago, Nashville, Austin, Philadelphia, Atlanta, Seattle, Denver, Portland, Toronto, Twin Cities, Wellington and Auckland — with Miami expected to see an uptick in events in the wake of Dallas’ removal from the regular rotation.

Again: Red Bull has declined to publicly provide any details behind its reasoning in removing Dallas from the monthly Sound Select program, although sources within the company confirm to us that the brand plans to continue maintaining a footprint locally through larger-scale affairs a la its Flugtag, Cliff Diving and Air Race events, as well as through continued partnership and sponsorship of area events not directly helmed by the Red Bull offices. It’s possible, too, that more one-off events could be on the way. Still, we can confirm that the monthly showcases have been halted here for the foreseeable future.

Oh, well. While we can’t speak for the other curators and event producers involved in the Dallas Sound Select shows, we certainly don’t have any sour grapes over the decision. It was fun while it lasted — which it did for a grand total of 28 events, our coverage for each of which can be seen below, if you’re feeling nostalgic.

It’s not too shabby a list, really. We’ll definitely remember the series’ Dallas run fondly, especially our in-house favorite events from it, including those Erykah Badu, Black Milk, Thundercat, JEFF The Brotherhood, Le1f and Fucked Up shows — although, honestly, they were all pretty cool.

Updated at 5:50 p.m.: The above has been edited some to more clearly reflect that this change mostly has to do with the monthly showcases. Also, it should be noted that the local artists involved in the program are likely to remain integrated into it, even in the wake of this news. Just this week, for instance, Dallas rapper Blue, The Misfit was tapped to open a Sound Select showcase in Austin. We have every reason to believe that this kind of relationship support between brand and artist will continue in the wake of this change, even as the local showcases do not.