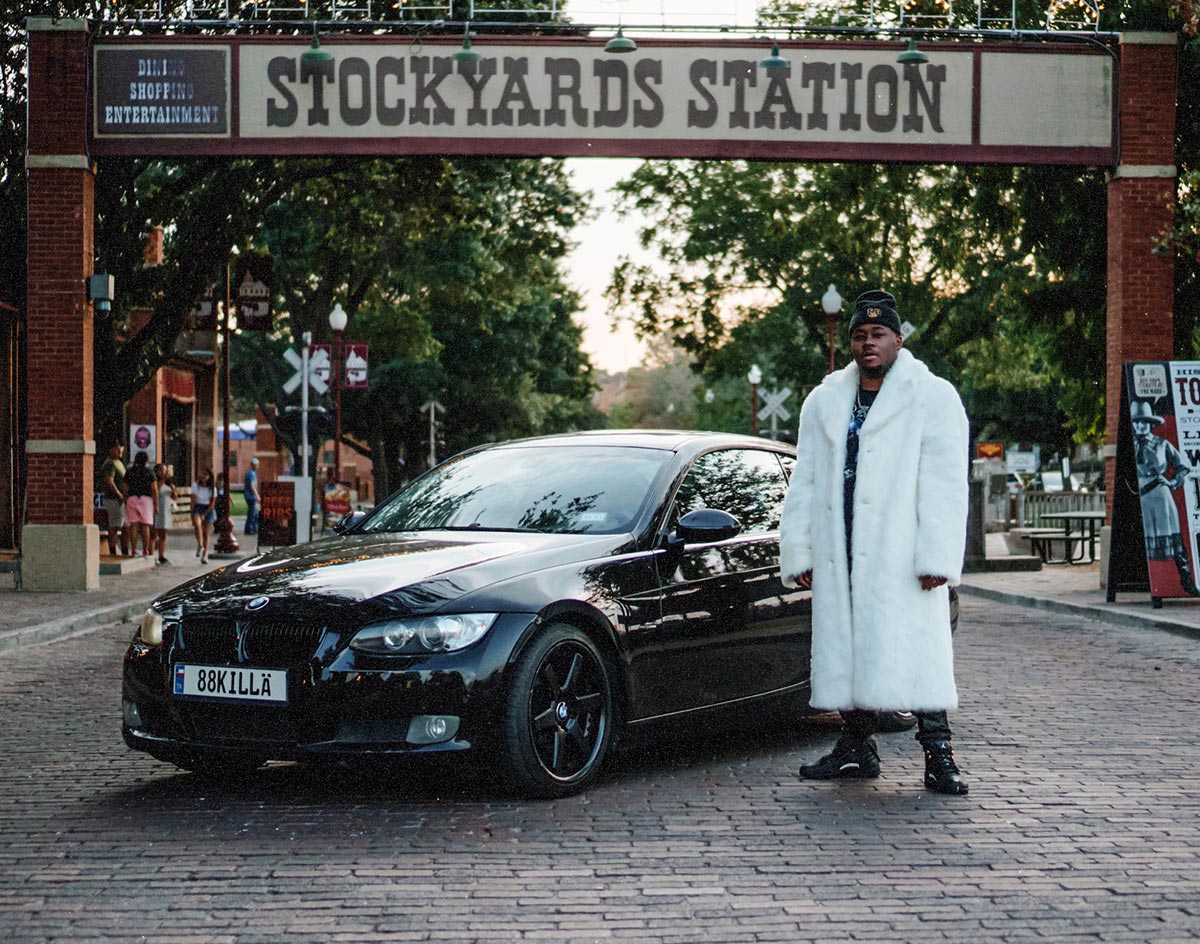 More Than A Decade Into The Game, The Swaggy Performer Gets Personal On His New Release, Shouting Out His Family, His Friends And His Beloved Fort Worth.

88 Killa — “Stockyard Swangin'”
RIYL: representing the 817.
What else you should know: After what seemed like forever, 88 Killa is finally back is a new collection of tracks that dives deep into the Fort Worth-based hip-hop artist’s current state of mind.

It’s the artist’s first official project since dropping his 88 BPM EP back in 2016. And, while 88 Killa released many a standalone banger since then, but this project deserves a special kind of treatment. After all, he named it 88 Special for a reason.

And, though the entire nine-track release is indeed well worth the listen, we feel compelled to highlight “Stockyards Swangin’,” a song in which 88 Killa calls his native Fort Worth the “greatest city in America.”

Yes, the track very much pays homage to the 817 and its historic Western district, but it mostly shows off how a rapper can, despite popular notion, find success while residing in Cowtown. As the performer born Donovan Payne puts it himself, his goal with this song was to “troll people that try to act like being a rapper from a city with the stockyards is something to be ashamed of.”

Throughout the track, 88 Killa throws in all kinds of cowboy slang — y’know, phrases like “yippee ki yay” and “giddy up” — while as he teases the haters by letting them know he’s “ridin’, slidin’, glidin'” and living a rich, lavish life regardless of what outsiders might think of his area code.

88 Killa has earned the right to show off at this point. More than a decade deep into the game, he’s been a trailblazer in the North Texas community since well before his days as a member of the early ’10s punk-rap collective Brain Gang, during which he was known as Killa MC. When he returned to a solo career after that run, his well-known charismatic lyricism and funk influence received him even further acclaim — to the point that his music was uploaded into the official database of the Fort Worth Public Library earlier this year.

Beyond a standalone, standout hometown anthem of note, “Stockyard Swangin'” is a continuation of 88 Killa’s fruitful career in music. Even more than that, it accomplishes the performer’s stated goal.

One listen to this cut, and you’ll want to pull up to the Fort Worth Stockyards in a drop top ASAP.