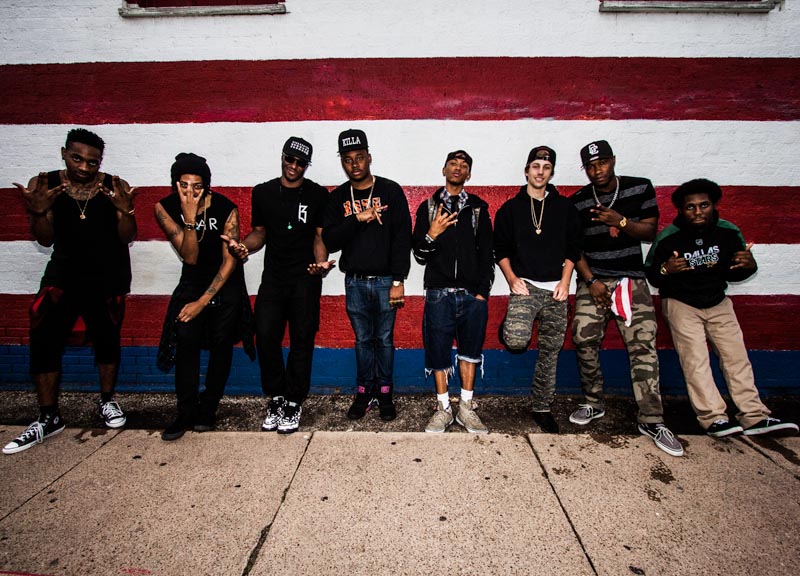 The area near the front of the outside stage at Club Dada is essentially empty. It’s not, however, for a lack of trying on the part of the man on stage, the Dallas-based rapper Leon The Professional.

He’s offering up a decent set, stalking the stage and punctuating his flows. But the crowd of 80 or so attendees scattered about the Deep Ellum spot just isn’t really feeling it. Nonetheless, he pushes forward, falling back on an old performance standby and asking the crowd to give it up for themselves.

The response is sparse.

“Must be a paraplegic crowd,” he says. “Motherfuckers can’t even clap for themselves.”

Paraplegic? Couldn’t be. Maybe they’re just cold — it’s Saturday, April 20, and the temperatures have dipped into the 50s this evening — or maybe they’re just inebriated because of implied inebriation that comes along with this date. This event, called Higher Learning, practically begs for the latter.

But, thus far, it’s hurt the overall vibe of the show. That much is obvious.

Following Leon’s valiant, if unsuccessful effort, the next act on the bill that’s tasked with braving this virtually comatose crowd is a music collective that runs eight deep. They call themselves Brain Gang

“We’re not a group,” Killa MC says. “We’re all individual artists operating under the same umbrella.”

Blue, the unquestioned leader of Brain Gang, first set the wheels in motion for this group back in 2008 when the young producer started looking around for area rappers to spit on his tracks. In 2011, when the then-popular Sore Losers outfit that once took up so much of his time started to fizzle due to creative differences, Blue began committing to his once-loose concept completely.

The idea was to bring something different and unique to North Texas’ hip-hop culture. Even then, though, Brain Gang was more of a vague concept than anything else. Blue just knew he needed a crew.

Assembling that crew would take some time, though, and members came and went in those early days. Former Brain Gang performers include Main Event (the guy responsible for the Booty Fade-approved “Dance Like A Stripper”) and the now-frequent A.Dd+ collaborator Tunk.

Eventually, Blue decided to corral the crew that would become Brain Gang’s current roster around his “ride-or-die guy,” Killa MC. And, these days, the crew’s not just deep, it’s varied.

Blue is Mr. Versatility. On the production front, he’s earned some national success, landing production credits on some Kendrick Lamar and Schoolboy Q tracks. As a rapper, his subject matter mostly concerns itself with the plight and hedonistic tendencies of the twentysomething that he is.

Killa MC’s persona is more like an update on the “golden era” of hip-hop. He says his sonic style blends the flows of Ghostface Killa, Cam’ron and LL Cool J. His visual aesthete is more defined: Killa’s easily the most flamboyant of the bunch, the one most likely to wear a fur coat and gold four-finger ring on stage.

Bobby Sessions is the collective’s resident poet laureate. Think Nas, Jay-Z and Eminem with him. Or, as he puts it himself: “”I carry the lyrical load load of the group, if you will.”

JT, meanwhile, prides himself on being honest: “I try to stay true,” the rapper says. “I try to inspire in my music. I try to talk about things that can help people get through certain situations.”

On the other hand, Cashmir, is the most southern-fried of the bunch: “I like a whole bunch of stuntin’ UGK-type stuff,” he says. “It’s an interesting mix of lyrics with a loose subject matter.”

Individually, they each shine fairly bright. But it’s when they’re all together, supporting one another and sharing the stage in a live setting, that Brain Gang’s members are at their most charismatic, their most alluring.

“We really wanted to bring the entertainment factor back to hip-hop,” Killa says. “There’s so many acts out here that just stand around, grabbing themselves. They’re too tough or way too serious. We take our music very serious, but I like to feel like we don’t take ourselves too serious. And we’re not to the point where we’re too cool to jump around and get loose and jump into the audience.”

This becomes abundantly clear during that Dada performance in April.

As Brain Gang soundchecks its set — sans producers Ish D and Blue, who’s out with strep throat — the zombified, stoner crowd starts inching its way toward the stage at a glacial pace. Then the set starts — and, almost instantly, the patio comes alive. Emboldened by Brain Gang’s high-energy performance, which combines choreographed stage motions, stage dives and seamless transitions between songs, the once-dead crowd surges with energy. Half of crowd is dancing and moshing along with Brain Gang’s members. The remaining audience members gawk on, unable to look away from the on- and near-stage mayhem.

Look around the national hip-hop landscape and you can see, perhaps, where Brain gang draws its influence. Raucous crews are very much the “in” thing in hip-hop at the moment. Los Angeles’ Odd Future crew and New York City’s A$AP Mob have employed these exact same rowdy live tactics along their way toward national relevance — something that’s not lost on this crew in the slightest.

“We’re Dallas’ modern version of that,” Blue readily admits. “We’re known as the rowdy bunch of the Dallas hip-hop scene.”

But Brain Gang’s end goal lies beyond simple Dallas recognition. The crew aims to outright earn the attention of Dallas, then to become nationally known for their efforts.

“I want us to be the gatekeepers of the city,” Killa MC says without a hint of humility.

Blue, to his credit, seems to have an understanding of the process it’ll take to get his crew there: “I want it to be special for the city first,” he says, “and to let it branch out to be whatever.”

“That’s why we’re out here working,” Sessions adds. “Today I woke up in a Saturn. I’m trying to get my status up.”

Adds X’Zavier, playfully: “We’re trying to wake up in a new Bugatti.”

One show at a time, they just might be getting there.

Keep up with all things Brain Gang-related right here. 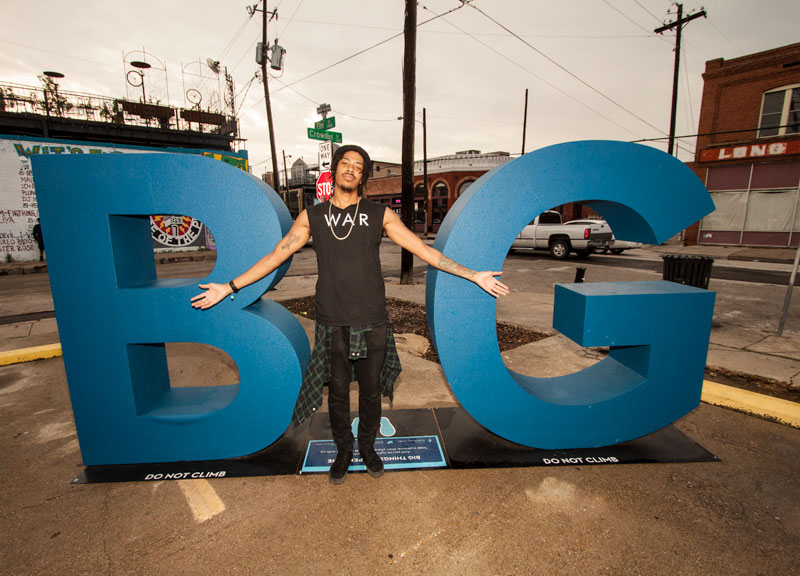 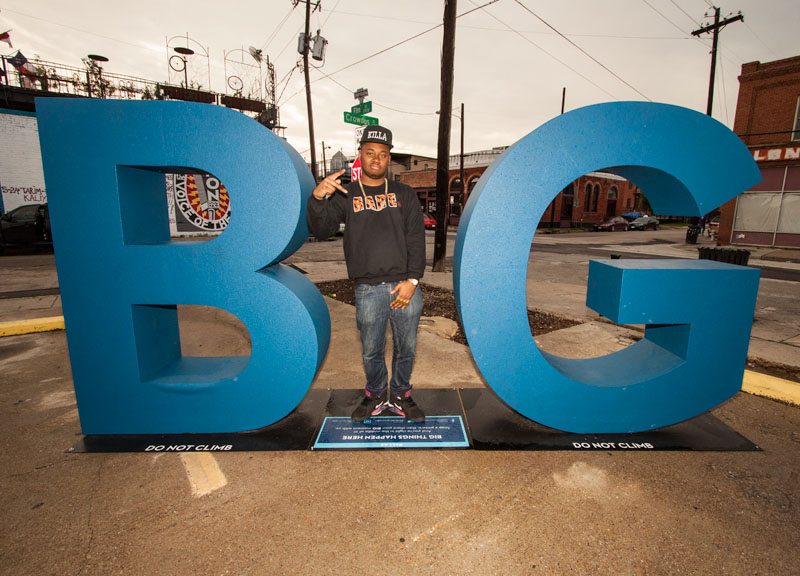 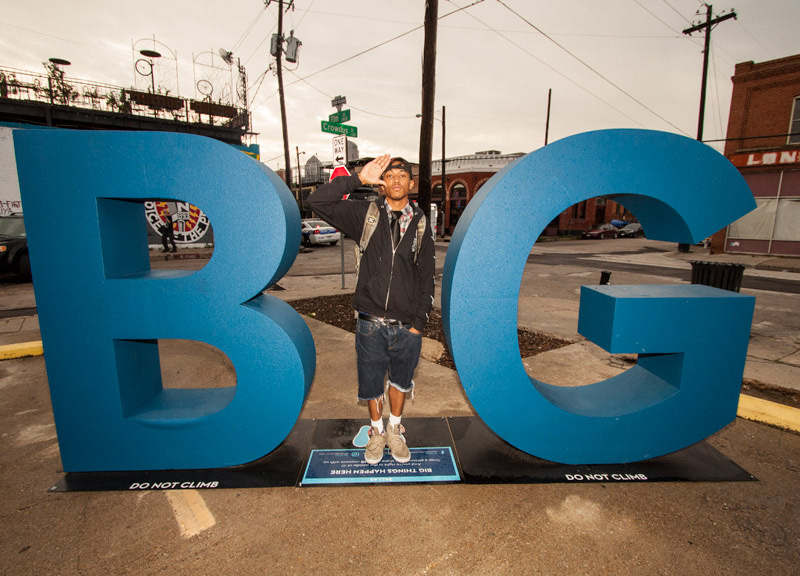 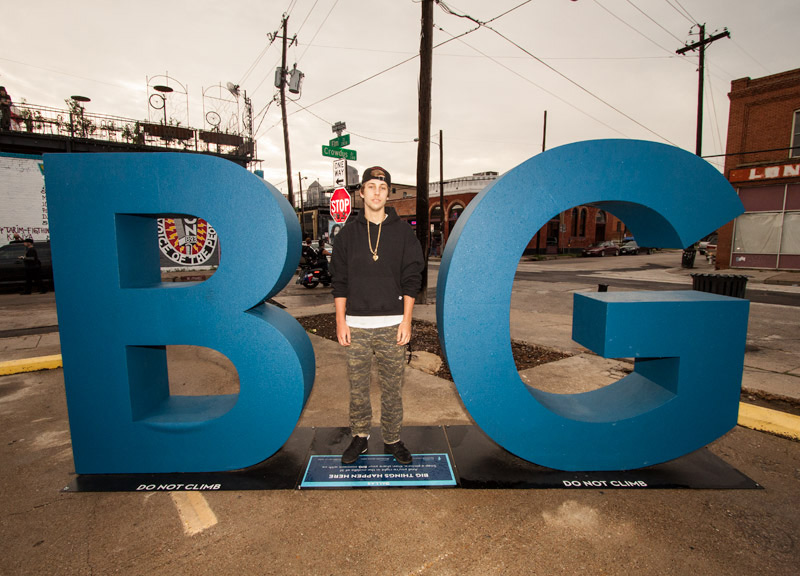 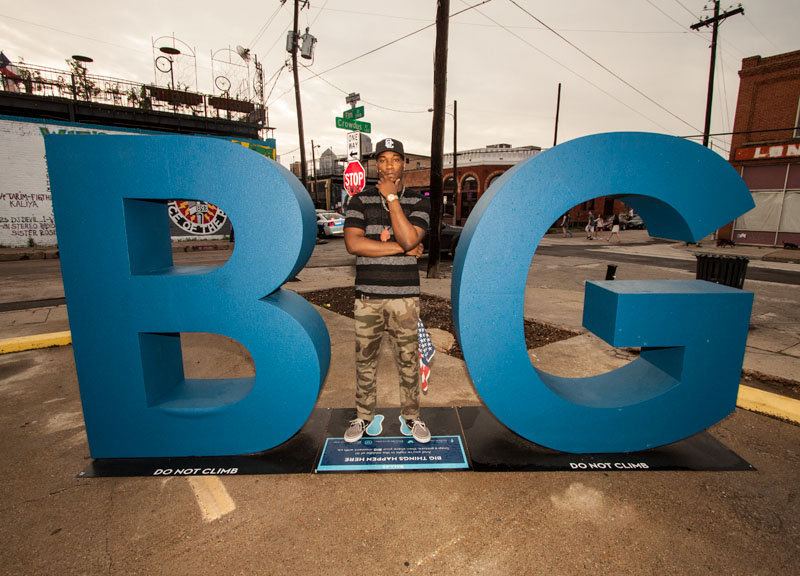 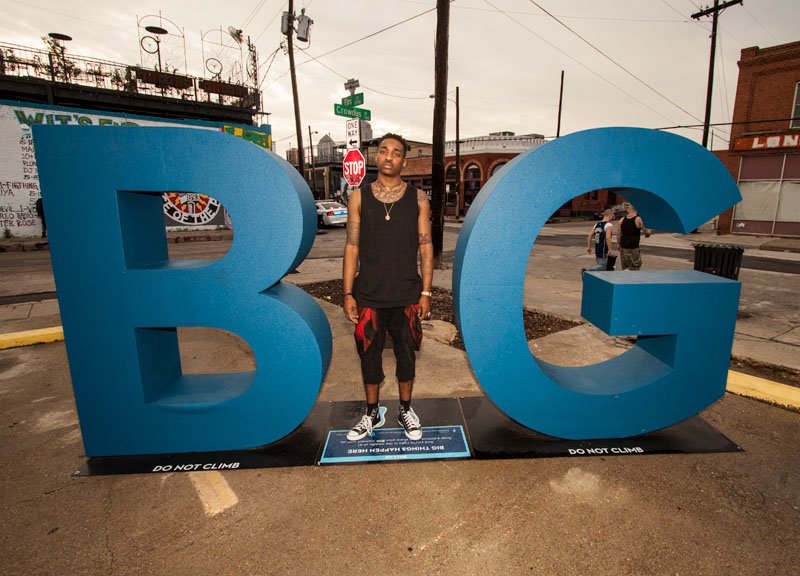 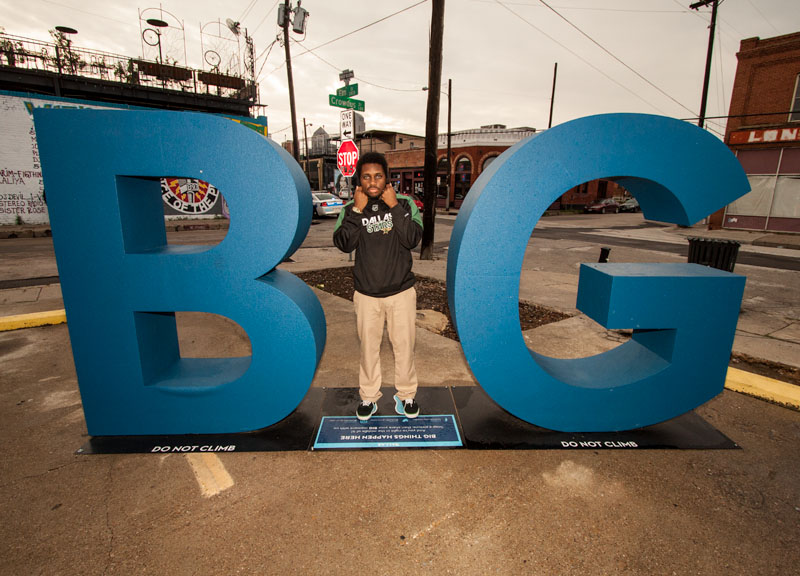 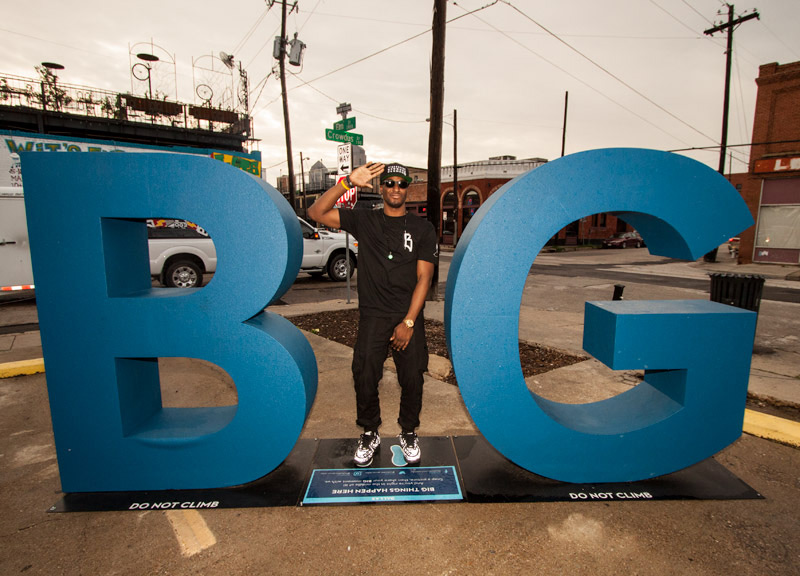 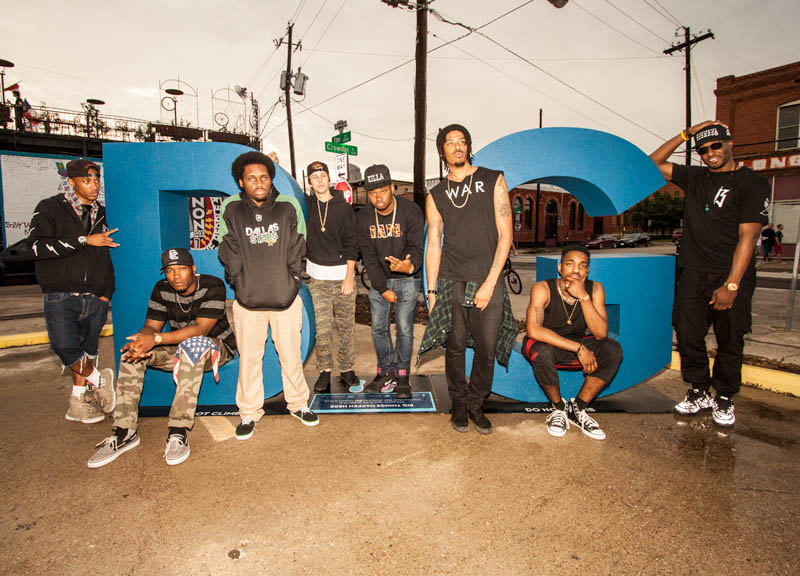 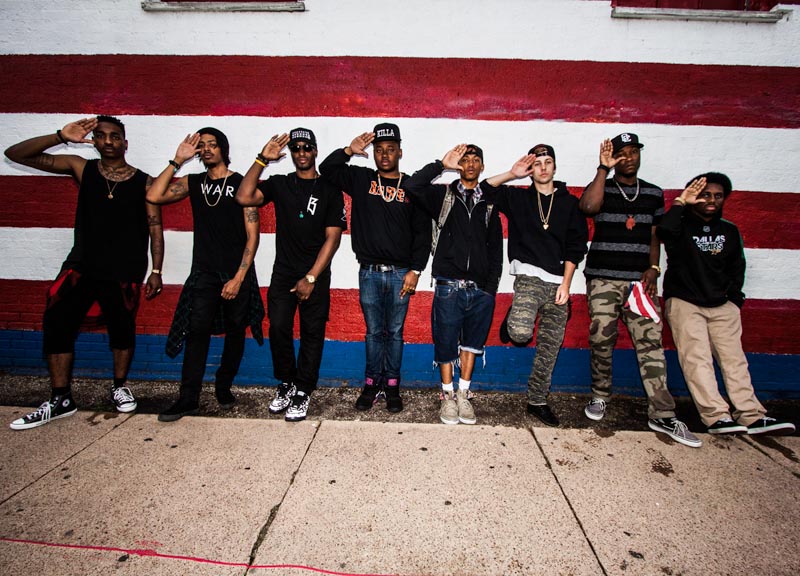