The Post Is A Reminder Of The Press’ Power. 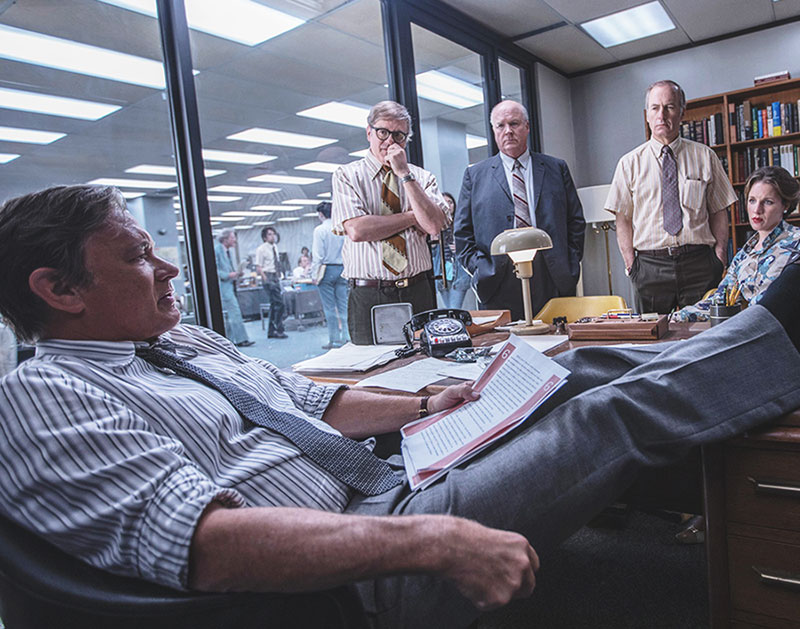 Like The Oscar-Winning Spotlight Before It, The Post Is Another Heroic Journalism Drama You Should Watch — Only This One Has Even More Star Power.

Aside from the facts that it’s directed by Steven Spielberg and that it has two of the most iconic actors of their generation playing atop an otherwise also stellar cast, what you need to know about The Post is that it’s all about the importance of a free press in keeping the powerful accountable.

Professional biases aside, the film remains tailor-made for success. Beyond the aforementioned credentials, it boasts a script co-written by an Academy Award winner and centered around a timely moral, making it one of the most powerful movies released in the past 12 months.

Tom Hanks stars as Washington Post editor Ben Bradlee, and he brings a different energy to the role than when Jason Robards played him in All the President’s Men more than 40 years ago. The plot centers around Bradlee and his team – played in part by Mr. Show alumni David Cross and Bob Odenkirk, rather entertainingly – in their efforts toward publishing the so-called Pentagon Papers, a series of top-secret documents that exposed the U.S. government’s decades-long series of fatal missteps in Vietnam. Spurring them on are their romantic senses of duty and competition in the face of similar efforts being made by The New York Times. At the same time, Bradlee clashes with Meryl Streep’s Kay Graham, the owner of The Post, who is facing her own hurdles in trying to take the company public while working alongside men who constantly try to silence her and take credit for her ideas.

As was true of 2015’s Spotlight, the journalism script for which The Post co-writer Josh Singer won his Oscar, this film is at its most thrilling and engaging when its reporters are simply doing their jobs in the face of powerful institutions that don’t want negative stories published against them.

With Spielberg at the helm, the film flies by in spite of the fact that some films are given more emotional heft than necessary.

Well, with one exception: The prologue – in which Daniel Ellsberg (Matthew Rhys) sees first-hand the horrors of Vietnam, then sneaks around to copy the classified memos – feels incredibly amateurish. It looks like it was shot in California, not Southeast Asia; its war scenes don’t by a longshot have the intensity or quality of Saving Private Ryan; and when Ellsberg is copying the papers, he reads out loud the most damaging passages, far over-stepping its exposition boundary and spelling out the whole crime the journalists will later work to uncover.

Sound like a lot? We promise, it’s no spoiler — that whole bit is done less than five minutes into this film. And, aside from that minor annoyance, Spielberg plays this one about as pitch-perfectly as you might expect.

In all, The Post is an energetic tale that needs to be heard in America right now, handled by maybe the only director who could be responsibly charged with that task.