Piece Of The Action. 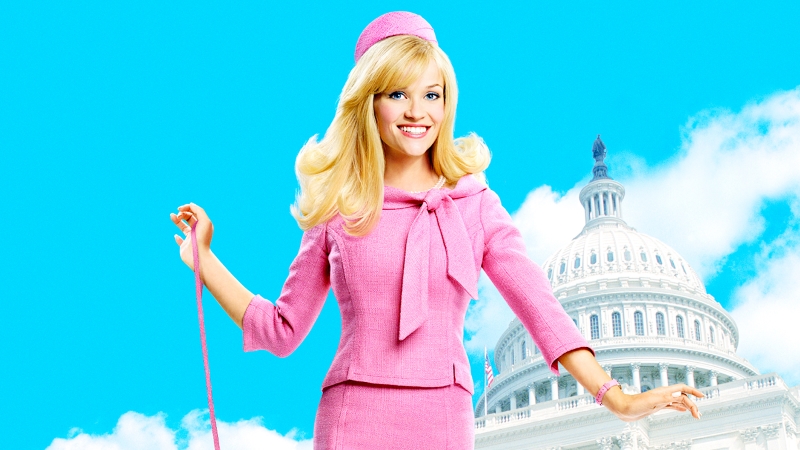 On Reese Witherspoon's New Lawyer Drama, And Every Other Show Filmed In Dallas In The Last Year

Earlier this week, news that a Reese Witherspoon-produced pilot would be set and shot in Dallas started to spread. The untitled pilot about a “ruthless Dallas divorce attorney” was written by Meaghan Oppenheimer, who penned last year's EDM-focused We Are Your Friends film.

If it seems like Dallas has had more Hollywood action of late than usual, then that's because it's true. We aren't exactly Austin, Toronto or New Orleans, no, but it looks like we're finally dipping our toes into the world of filmmaking at a pretty respectable pace.

SEE ALSO:
• Home Movies. // Looking Back at Benji and Nine Other Classic Films Shot in North Texas.
• Quiet on the Set. // Hey Dallas, Let's Stop Bitching When a TV Show or Movie Wants to Shoot in Town, OK?

To make sure we weren't just making this up in our minds, we recently reached out to the Dallas Film Commission for a list of locally-filmed TV shows and movies released or shot in, roughly, the last year.

Here are the highlights — not everything filmed locally of late, but the ones worth remembering, at least.

Second Chance (formerly Lookinglass, formerly Frankenstein, formerly The Frankenstein Code. This show, which has changed its name more times than Sean Combs, filmed its pilot in Dallas last spring. Currently, the updated modern take on Mary Shelley's classic Frankenstein airs on Fox. So far, it's only aired three episodes, so if a story about a disgraced sheriff who is killed and brought back to life by tech geniuses is your cup of tea, there's still room to get in on the ground floor.

Queen of the South. Queen of the South is based on Arturo Pérez-Reverte's best-selling novel, La Reina Del Sur, which was also adapted into a successful telenovela on Telemundo. According to Deadline, the series, which has been filmed entirely in Dallas, “tells the story of Teresa Mendoza (Alice Braga). When her drug-dealing boyfriend is unexpectedly murdered in Mexico, Teresa is forced to go on the run and seek refuge in America, where she teams with an unlikely figure from her past to bring down the leader of the very drug trafficking ring that has her on the run. In the process, she learns the tools of the trade and strategically positions herself to become the leader of the Cartel.”

11.22.63. Though this Stephen King adaptation produced by J.J. Abrams, largely takes place in Dallas — it centers around the JFK assassination — actual shooting in Dallas only took five days. The TV miniseries, which premieres on Hulu on February 15, tells the story of a high school teacher, played by James Franco, who travels back in time to prevent JFK from being assassinated. He also falls in love, which is a pretty predictable plot line. What isn't predictable is the fact that the past fights him because it doesn't want to be changed.

Murder Made Me Famous. This show is pretty much what the title describes. It takes a look at murderers who were made famous for murdering people. It airs on a channel most of us are probably not aware exists called Reelz. But its reenactment segments were shot in Dallas, nevertheless.

The Amazing Race 26. The end of the CBS' 26th season of The Amazing Race took place all over North Texas. The teams visited AT&T Stadium and Burleson, and they even repelled down the Reunion tower. The finish line during this season was at the Continental Avenue Bridge.

Real Housewives of Dallas. The Dallas version of the drama heavy reality series has already been filmed, we know. And, according to Google, there are plenty of rumors as to who the cast is. Shame, because our ideas for casting were much, much better.

Mamma Dallas. We were this close to having a comedy filmed in Dallas on the prestigious HBO. The plot for this was promising as hell, too: According to Deadline, the series was about “a conservative Texan family who unwittingly hire a hard-living drag queen as their live-in nanny.” Anyway, the pilot was filmed here, but the series was never picked up, which is too bad because we would have watched the hell out of that.

A Man Called Jon. This is a local indie dramedy that has a religious and racial story. The protagonist keeps getting kicked out of churches because his style is too unorthodox for the congregation. He then gets sent to another church — the wrong church. What the movie is really about is the absolute contrast in how black and white churches operate.

Carter High. Both the Friday Night Lights movie and book center around the Odessa Permian Panthers. But the team they lost to in the 1988 5A state championship has a story worth telling too, and that's where Carter High comes into play. The Dallas Carter Cowboys had that championship stripped away in 1991 after an academic scandal, and when six players from the team (and 15 teenagers in general) were found guilty for their part in a series of armed robberies. The movie was written and directed by former player Arthur Muhammad, and it stars David Banner and Vivica A. Fox.

LBJ. This is that other big JFK project that snarled Downtown traffic for a few days last year. This one filmed late last summer for a few days in Dallas, and is maybe gonna be a big deal during next year's awards season. Here's a biopic about Lyndon B. Johnson starring Woody Harrelson as the titular character, with Jennifer Jason Leigh as Lady Bird Johnson and Jeffrey Donovan as JFK. Oh, and it's directed by Rob Reiner, too.

Kill the Czar. While Franco was in town filming 11.22.63, he also filmed an indie movie called Kill the Czar. According to IMDB, the movie is directed by Bruce Thierry Cheung, but other sources say the film is directed by Franco himself. Here's the plot: “A mysterious outsider's life turns upside down when she is blackmailed by an evil filmmaker to carry out an extraordinary act of violence. She winds up in a brutal fight to save the woman she loves.” How very Franco.