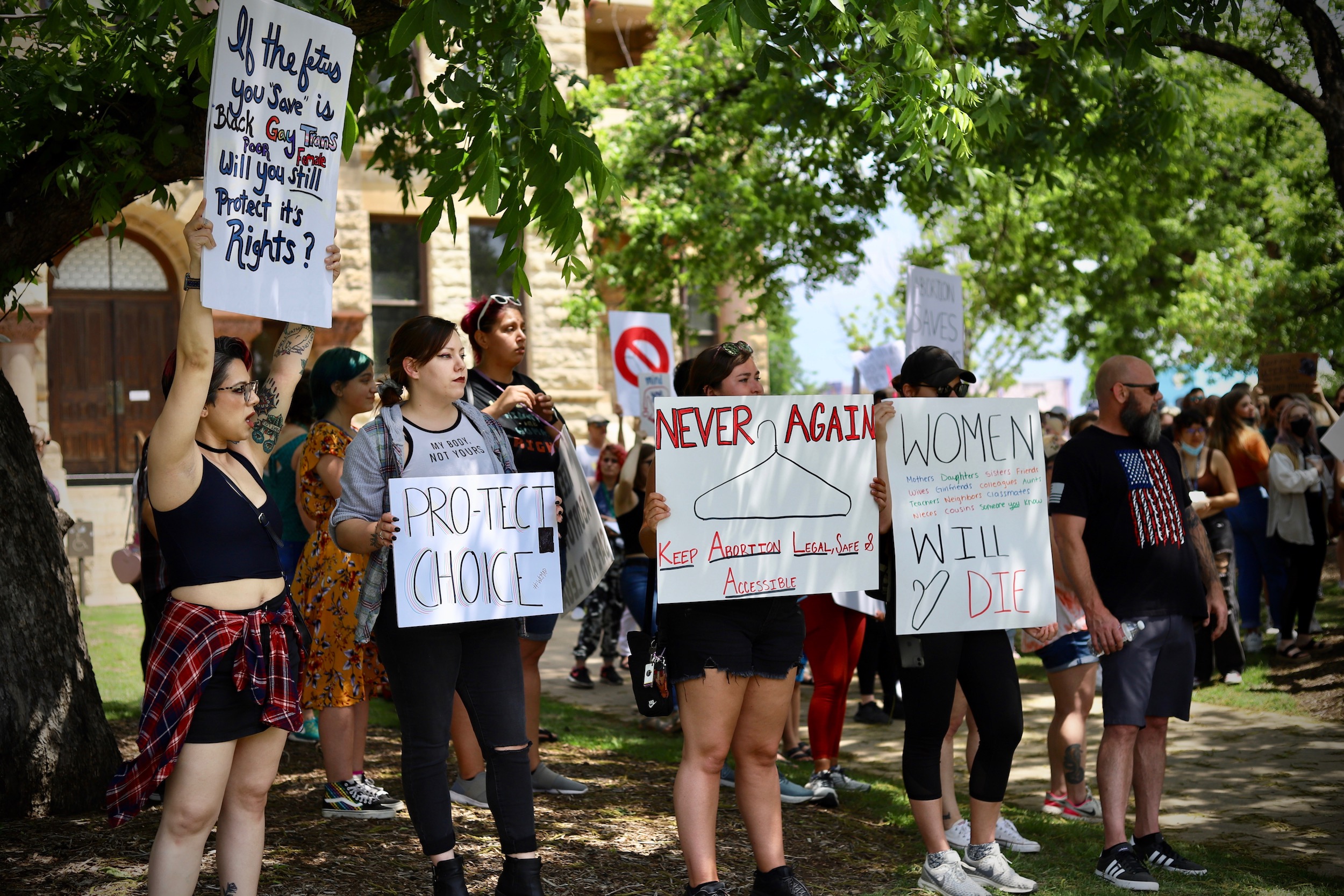 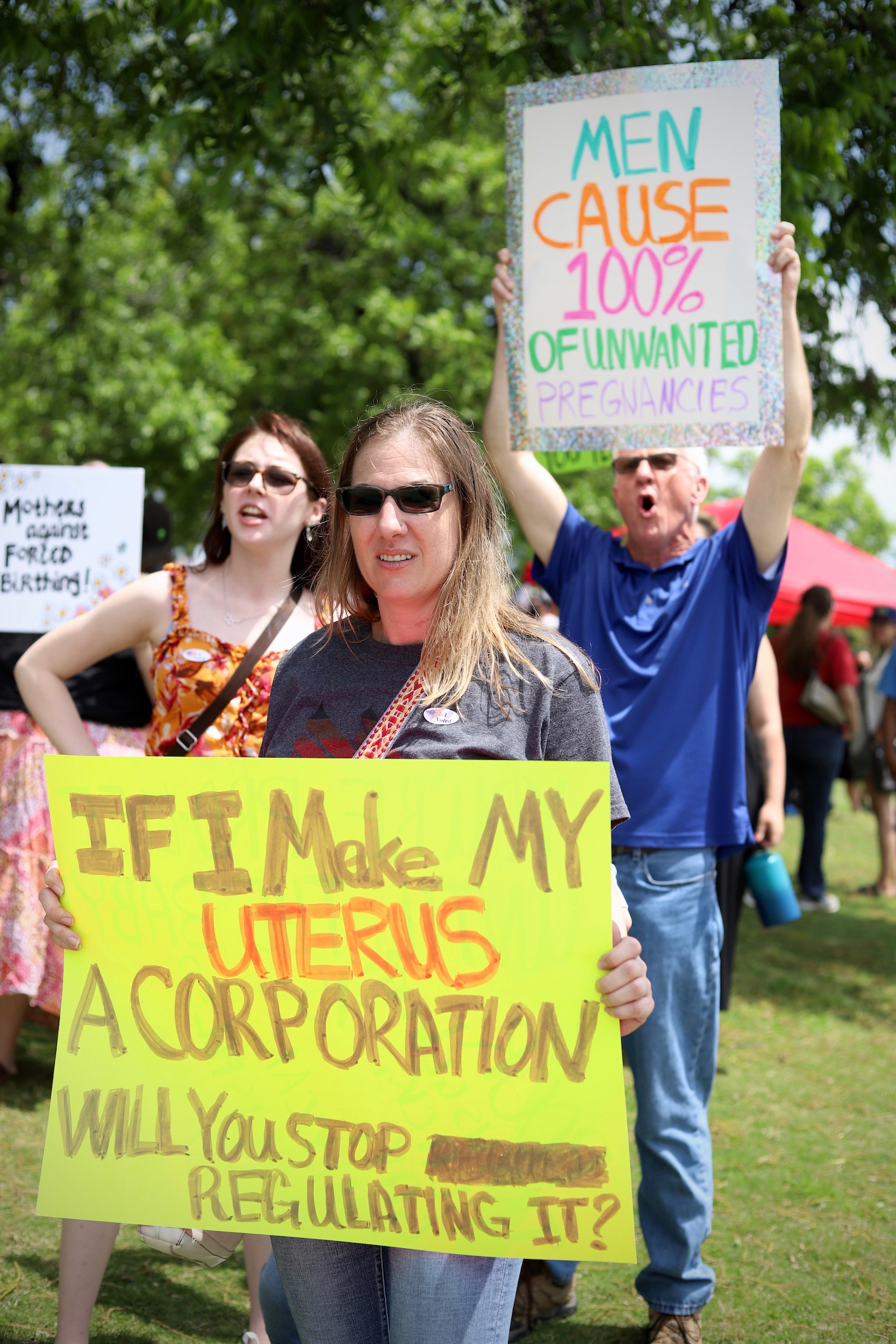 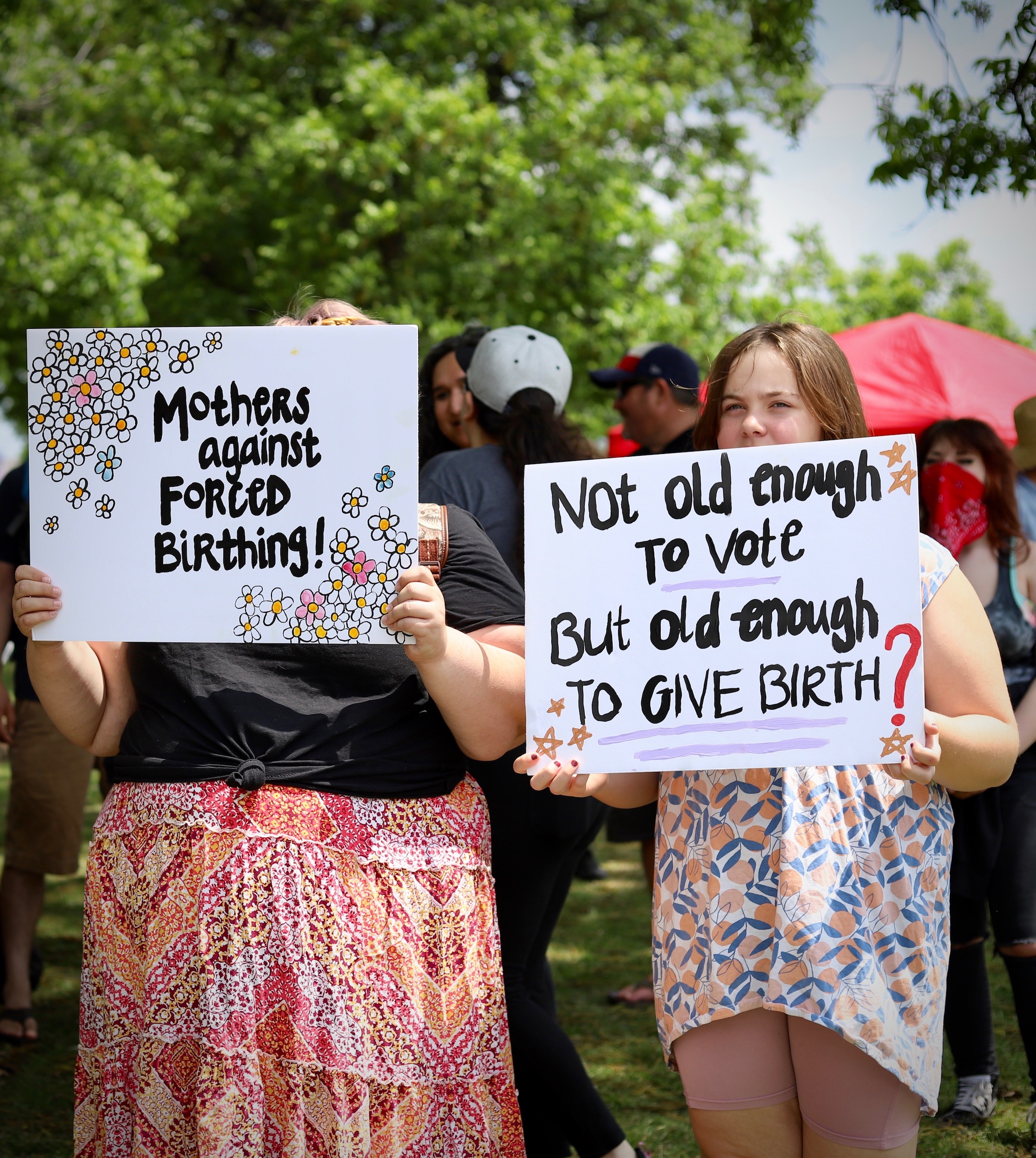 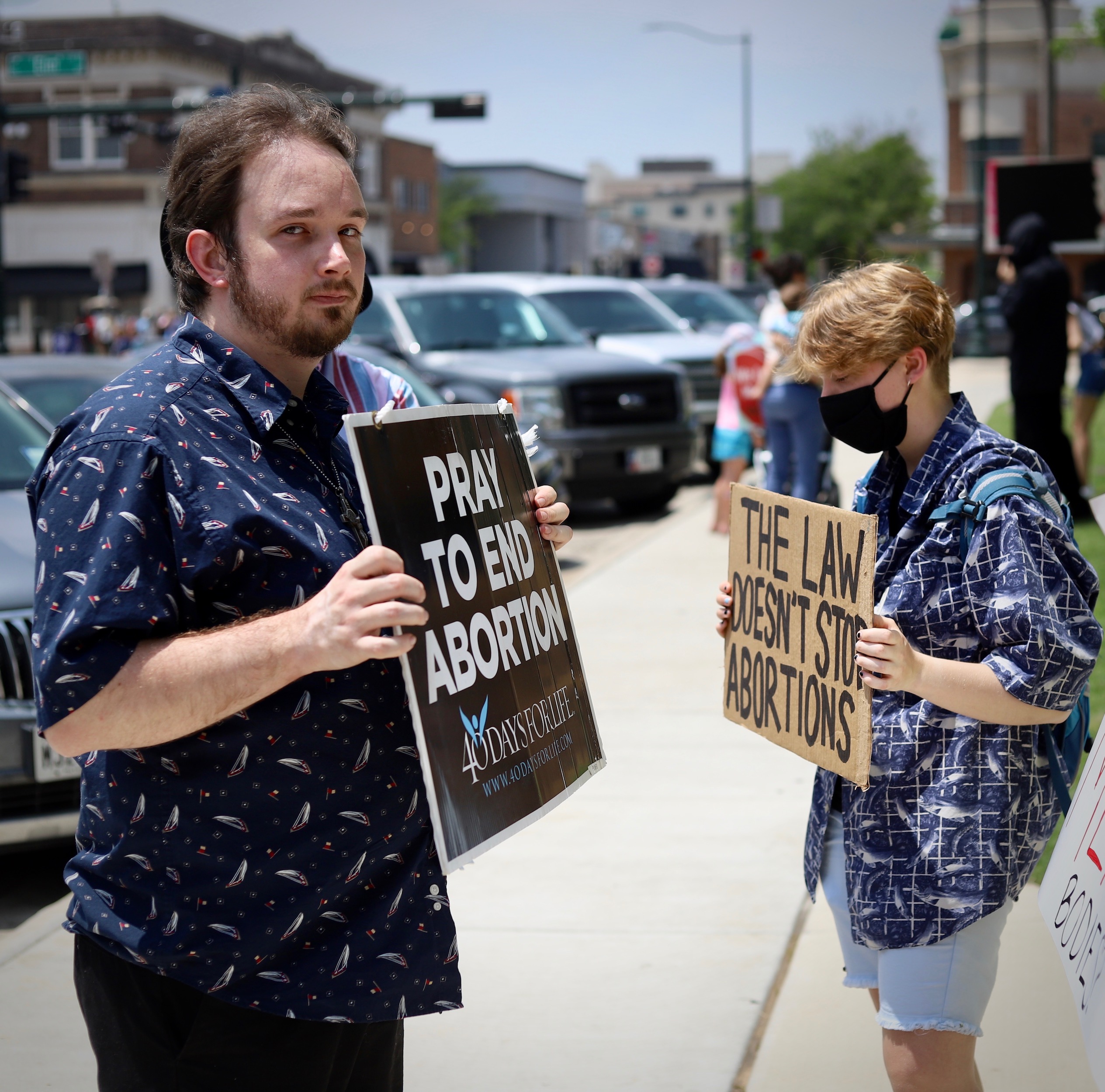 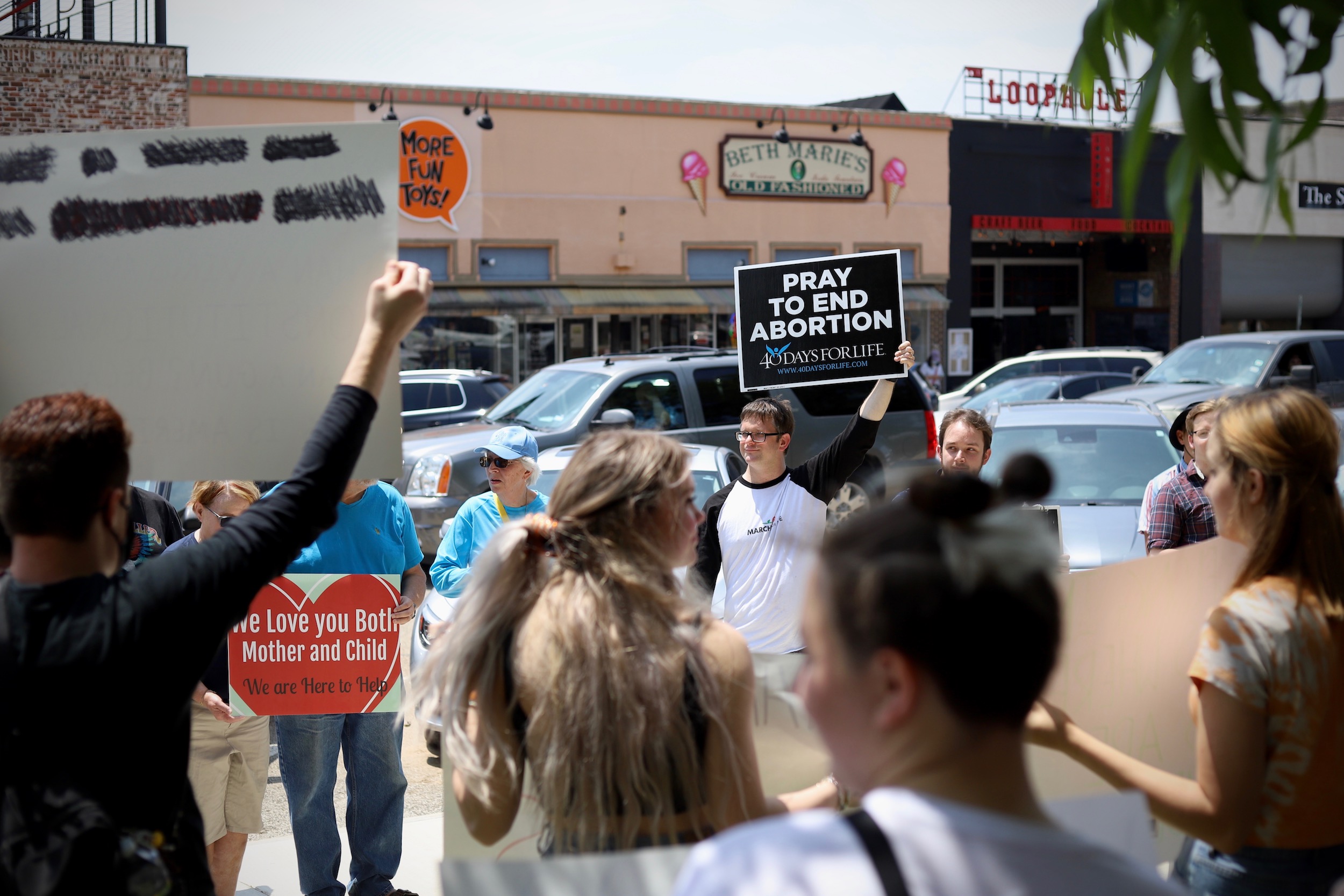 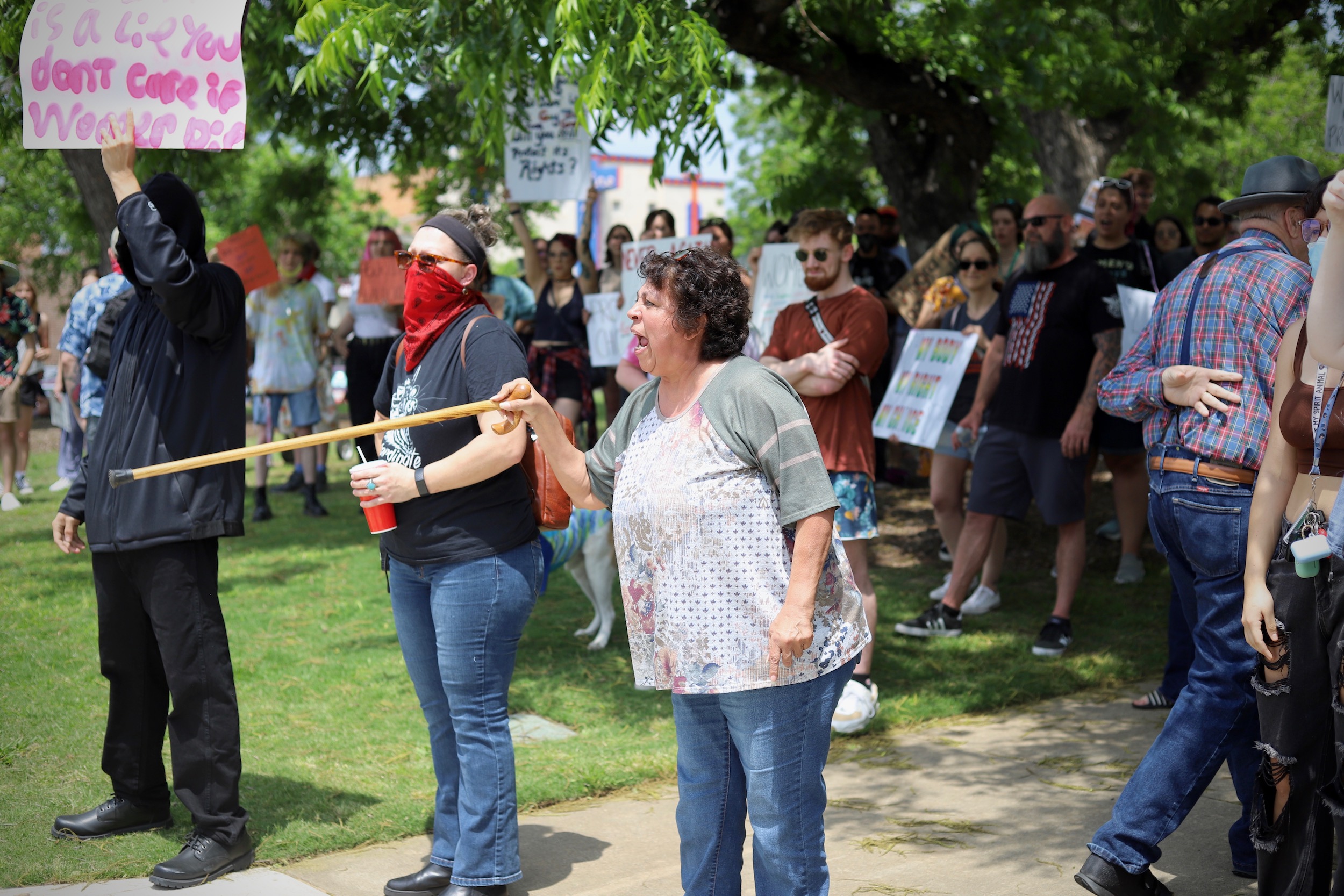 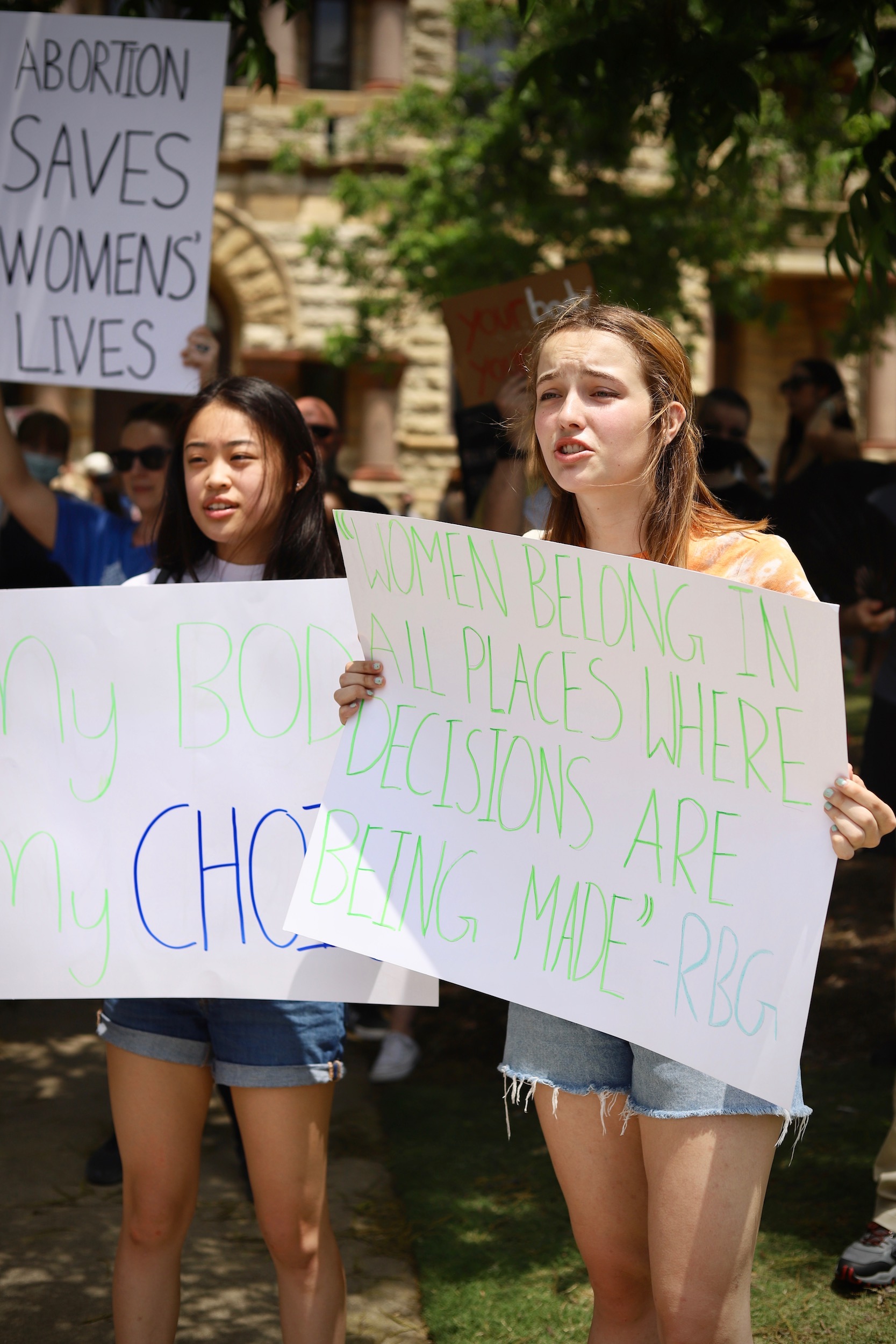 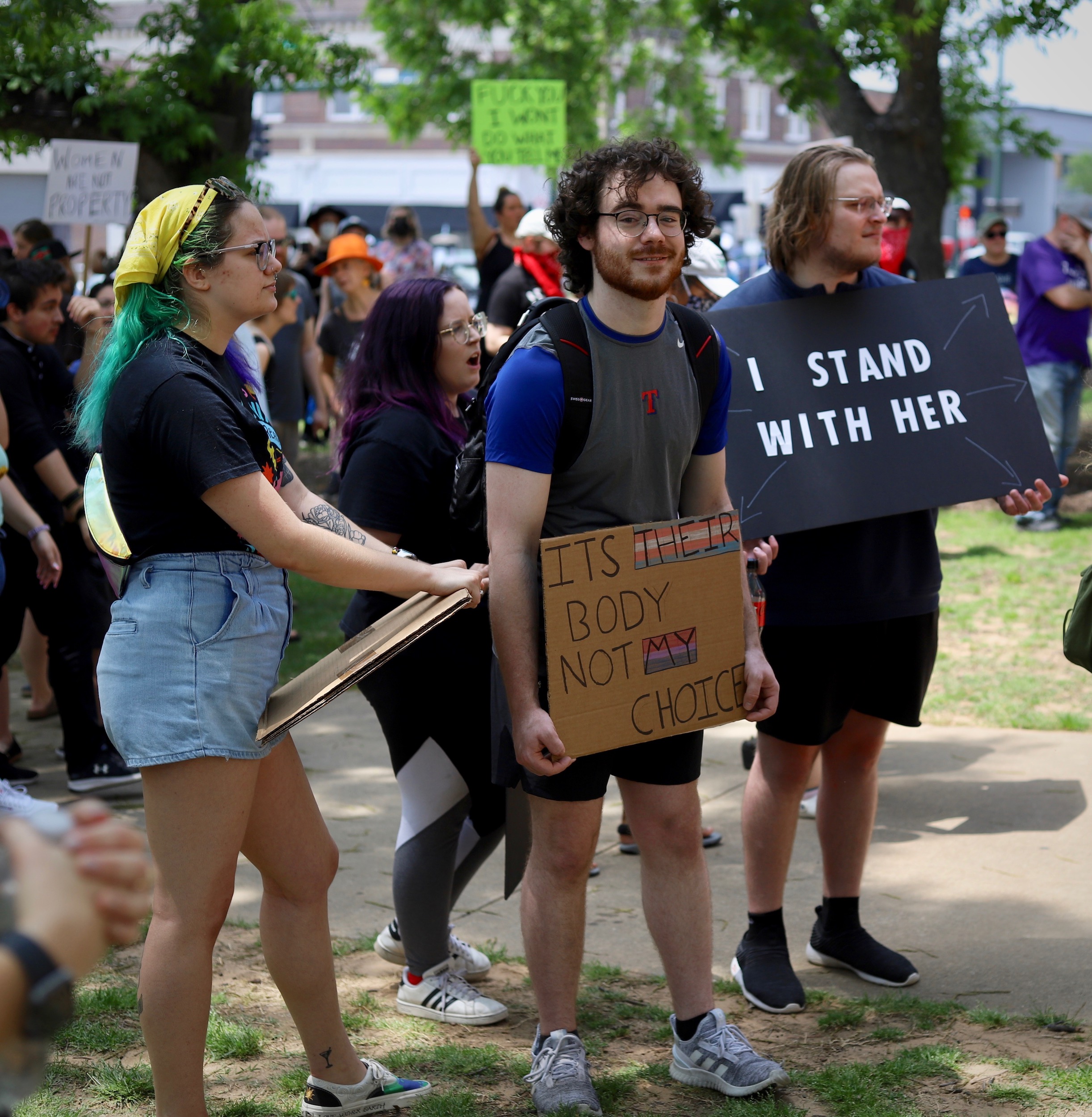 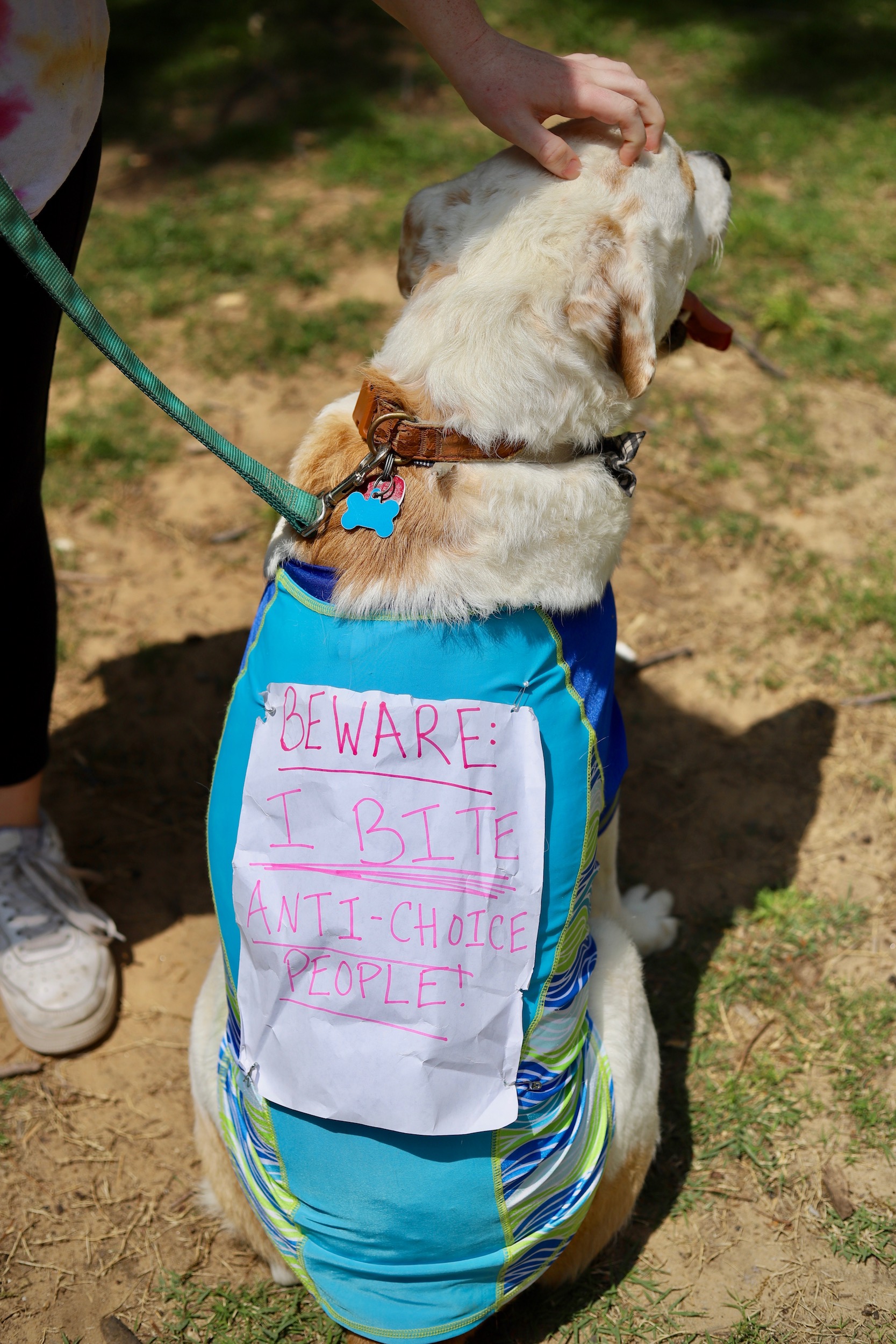 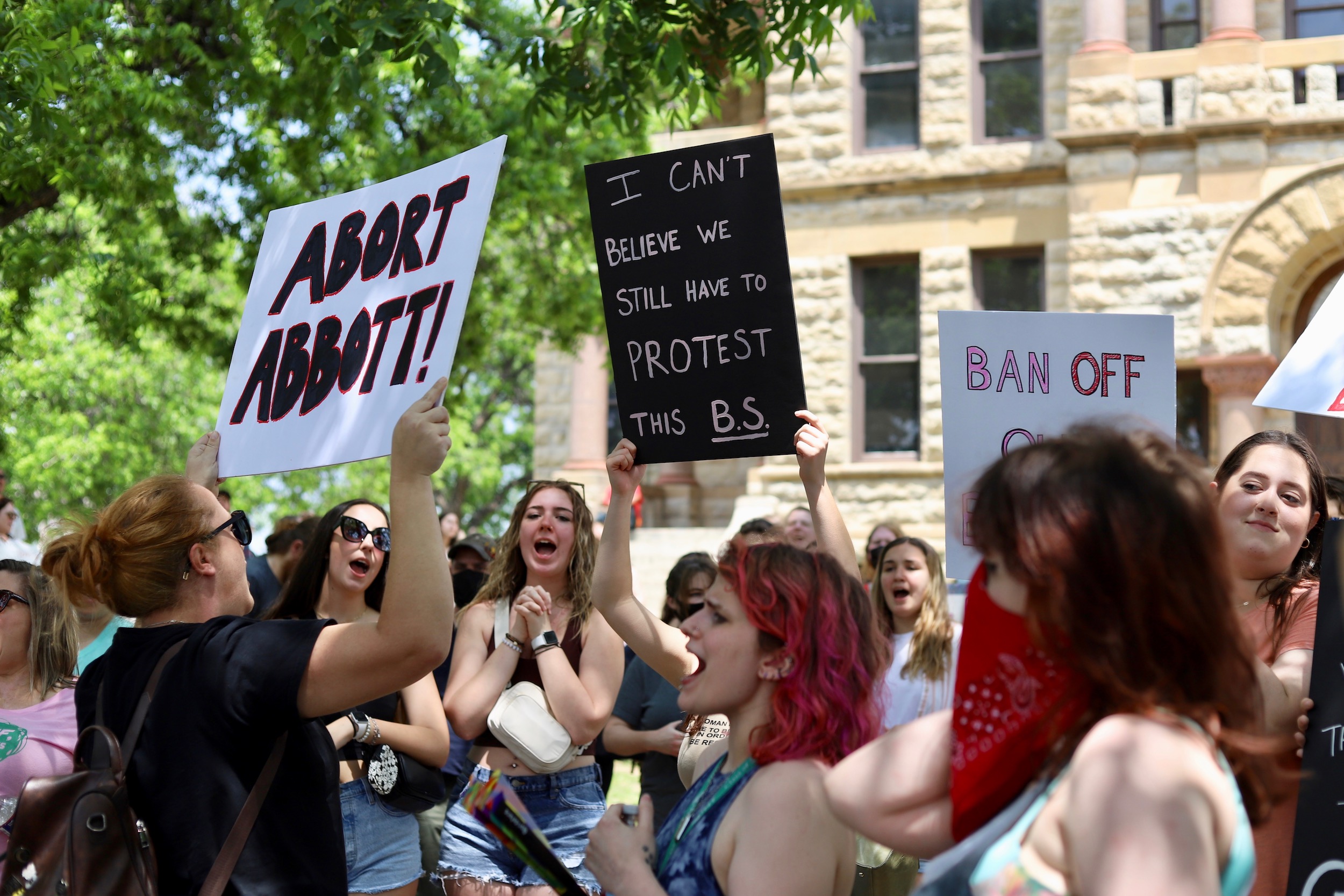 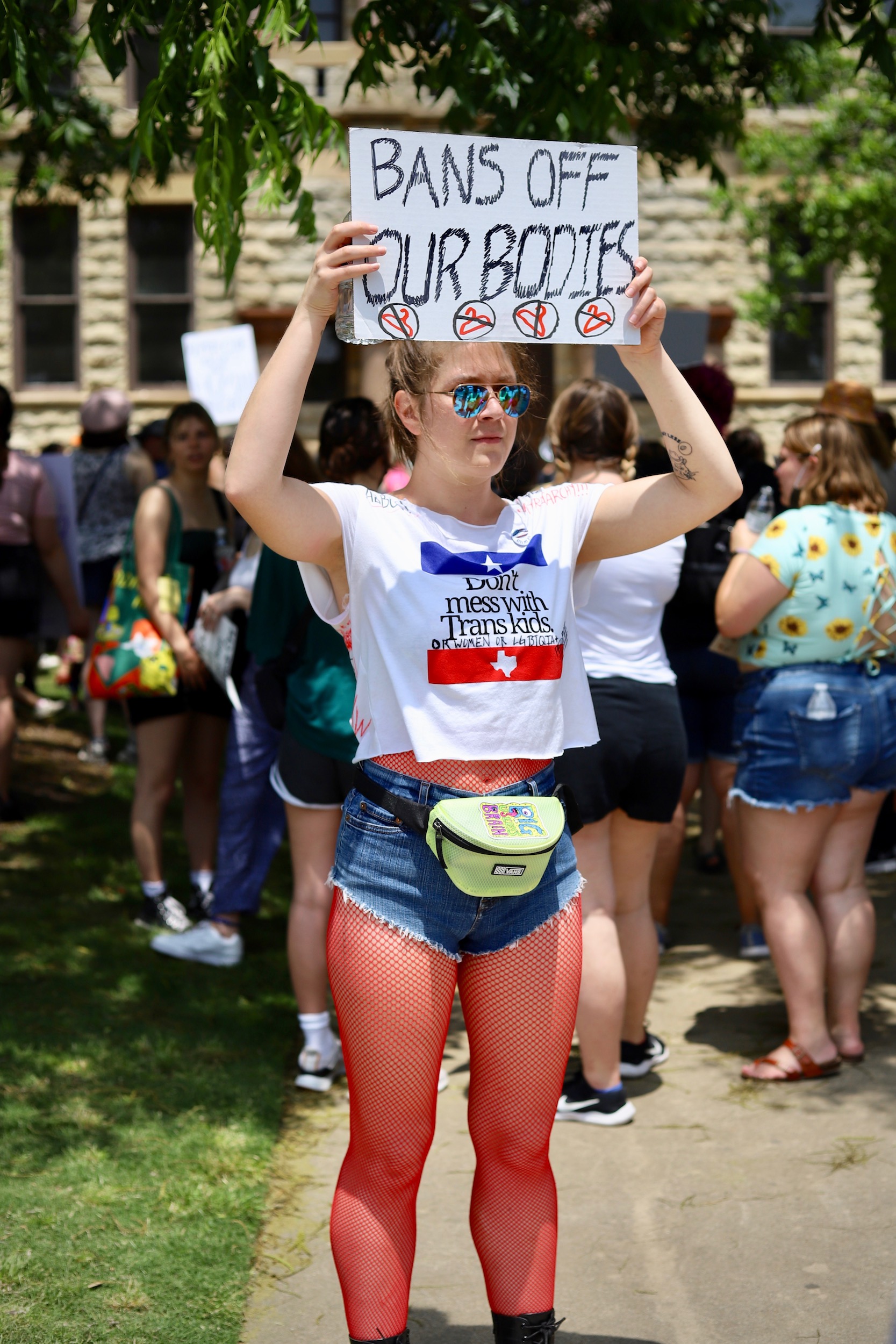 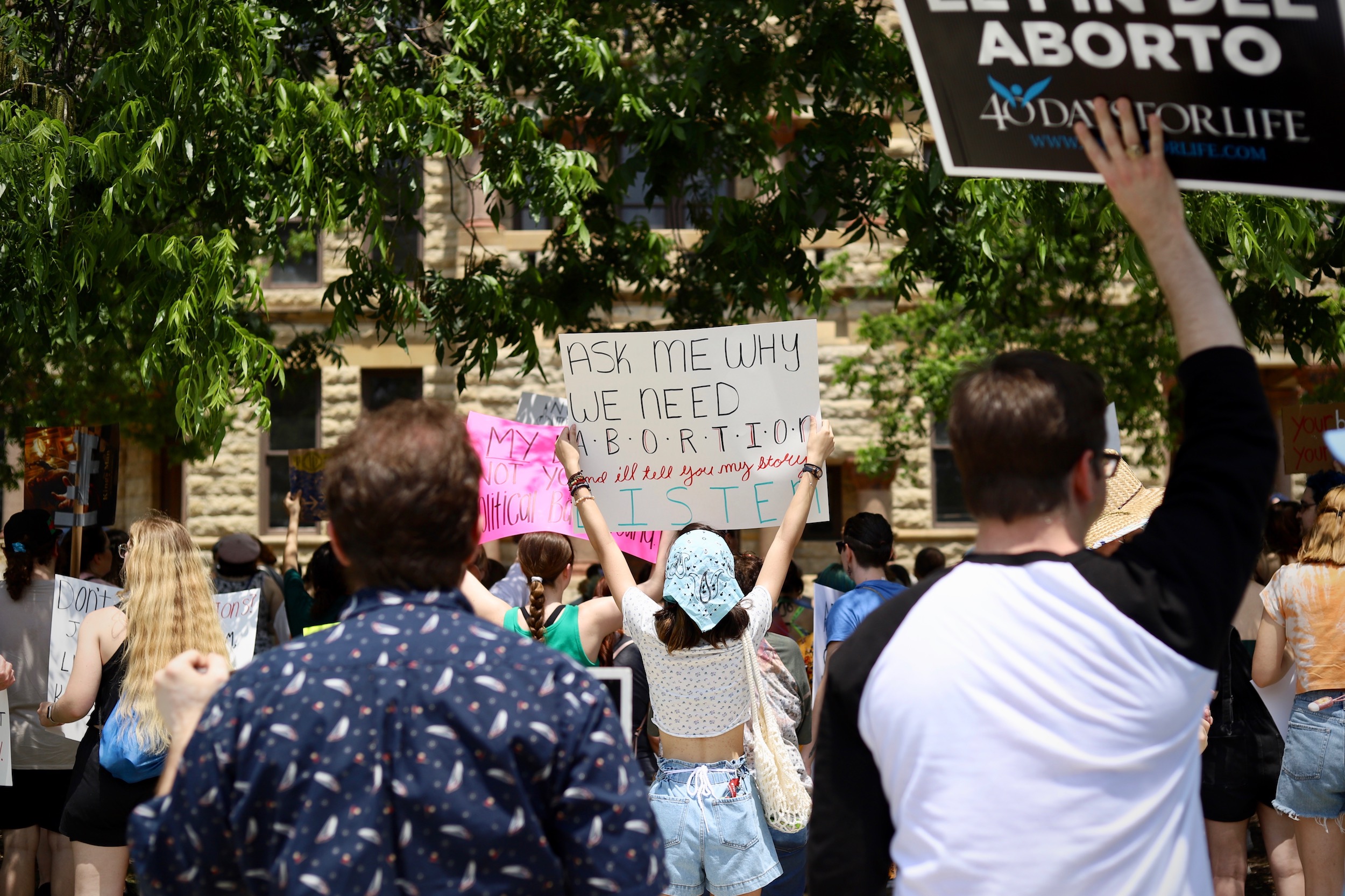 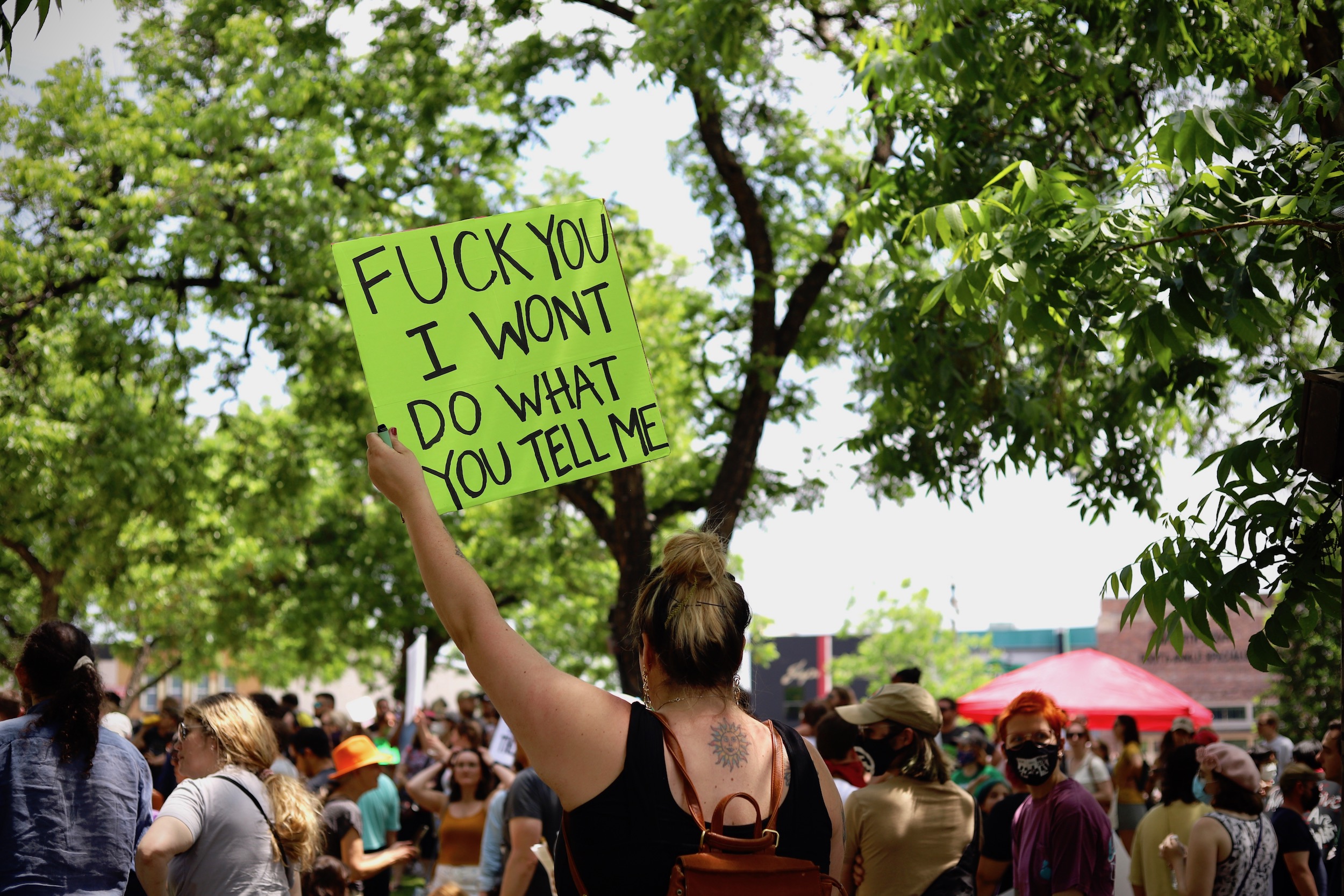 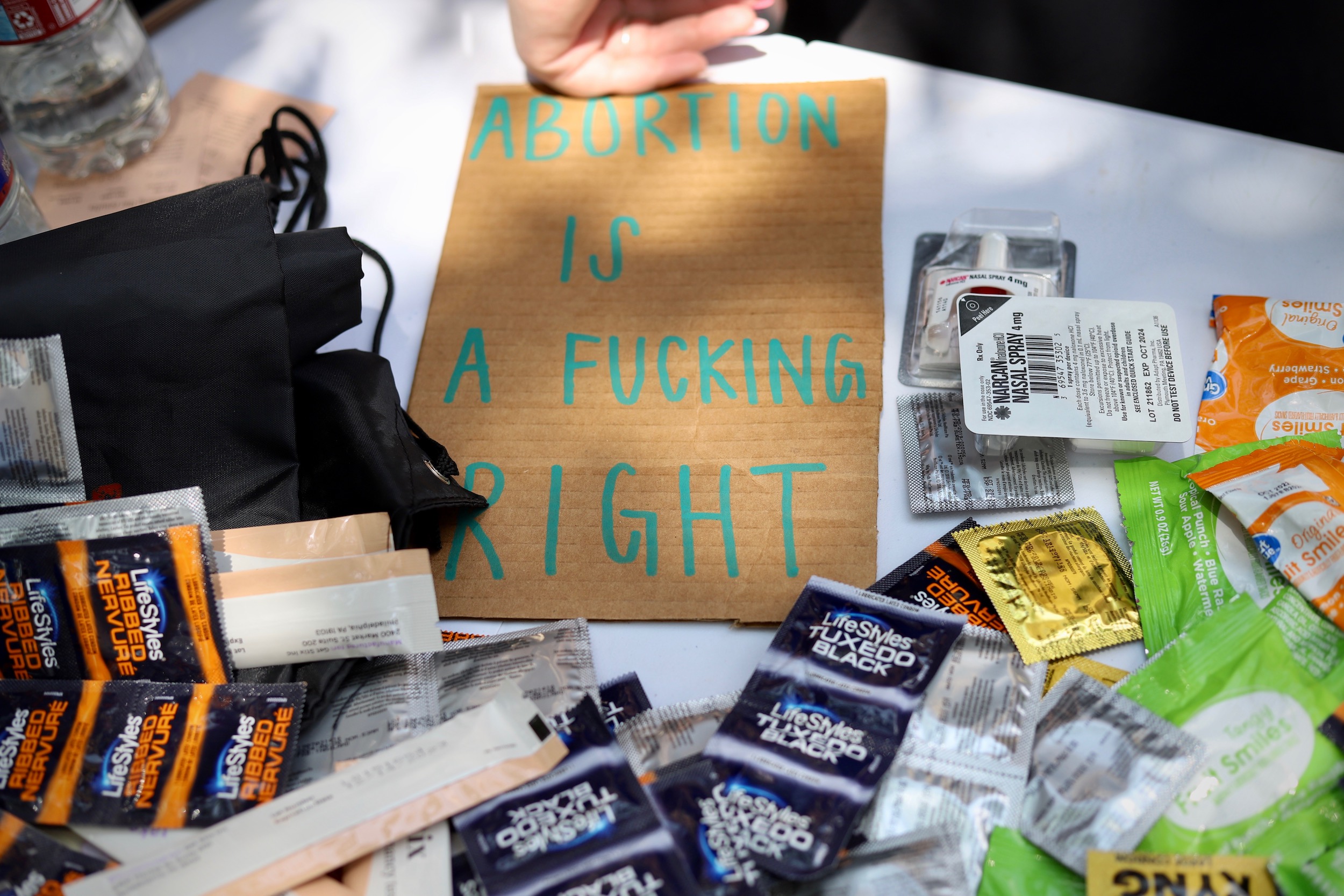 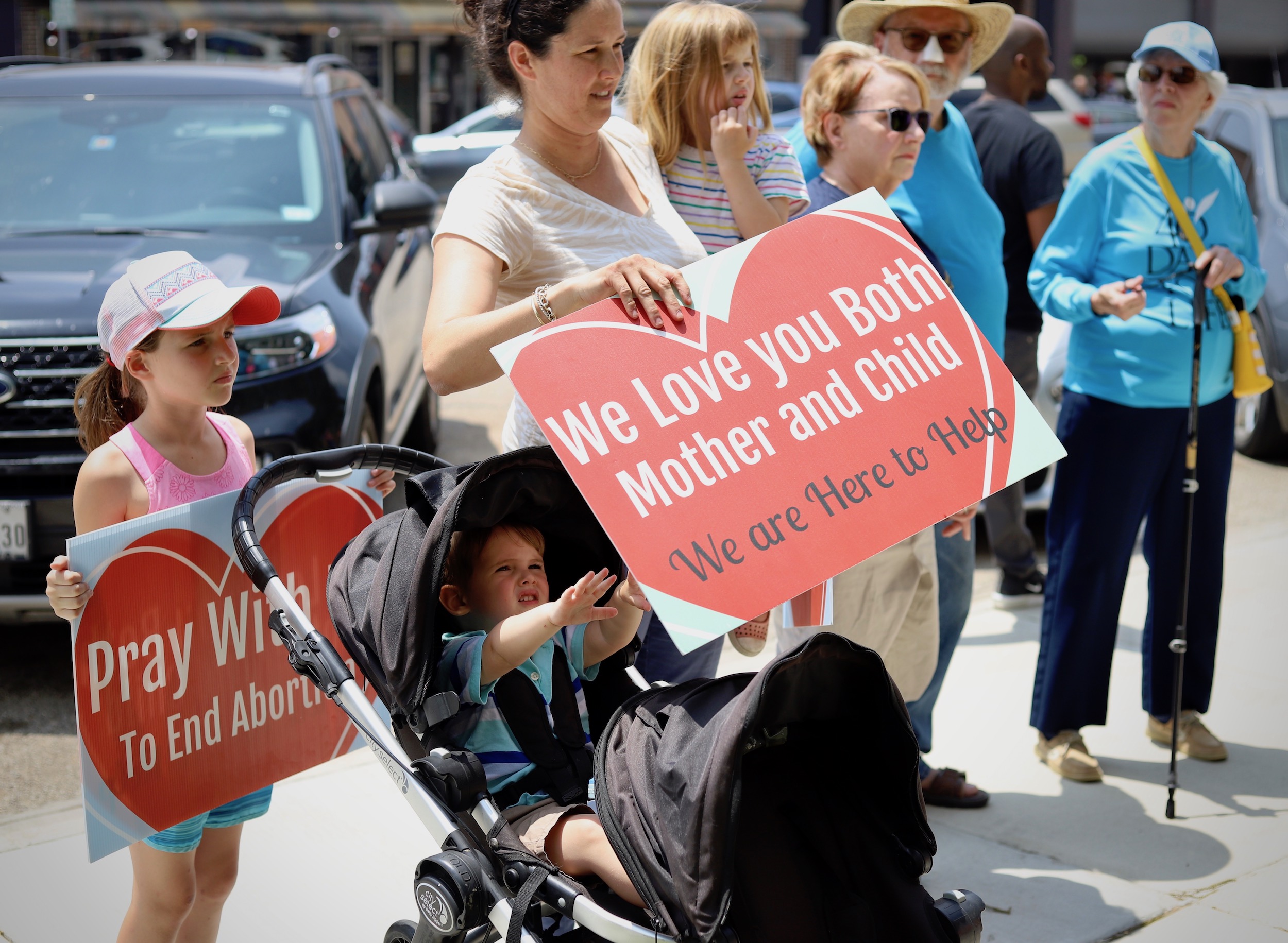 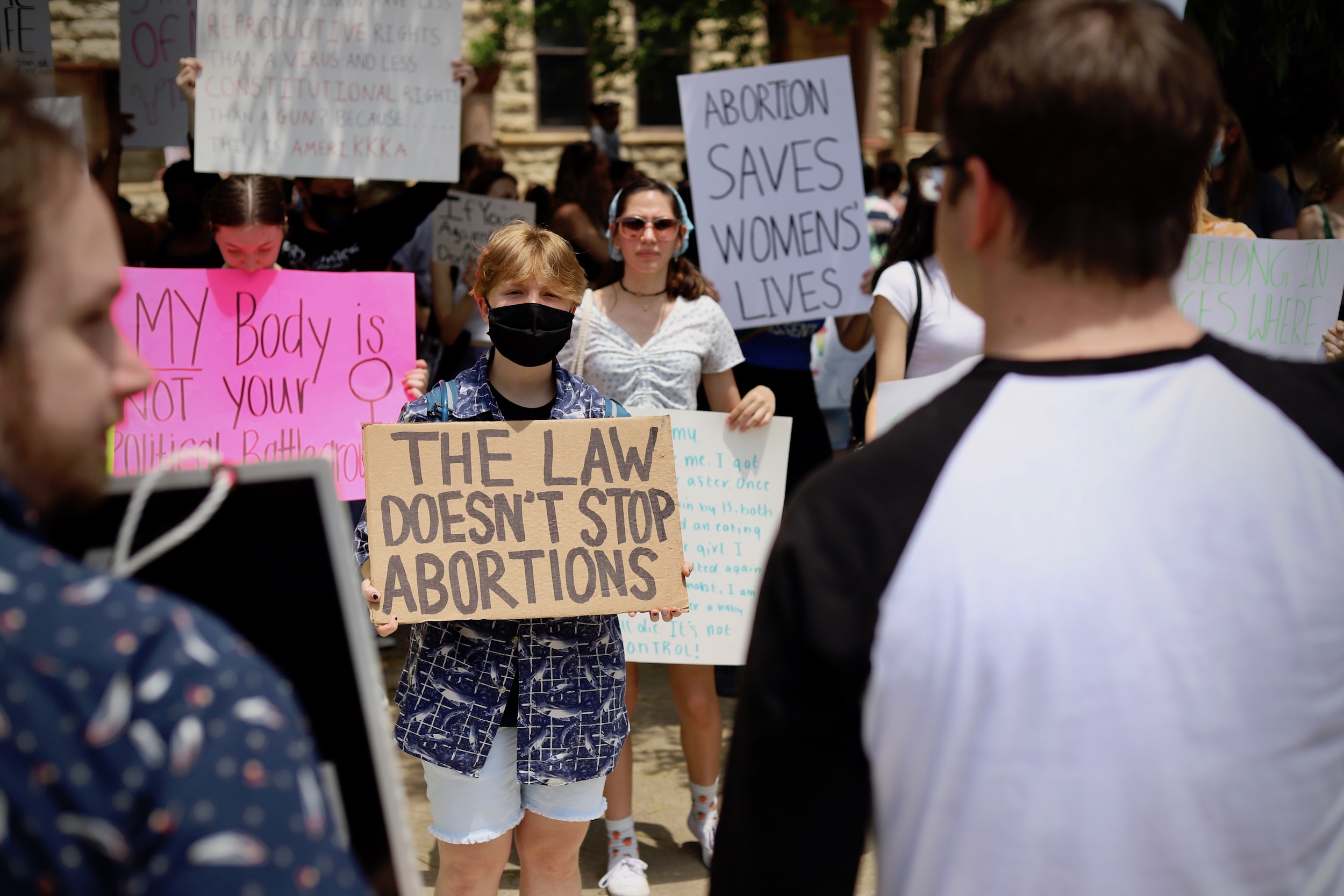 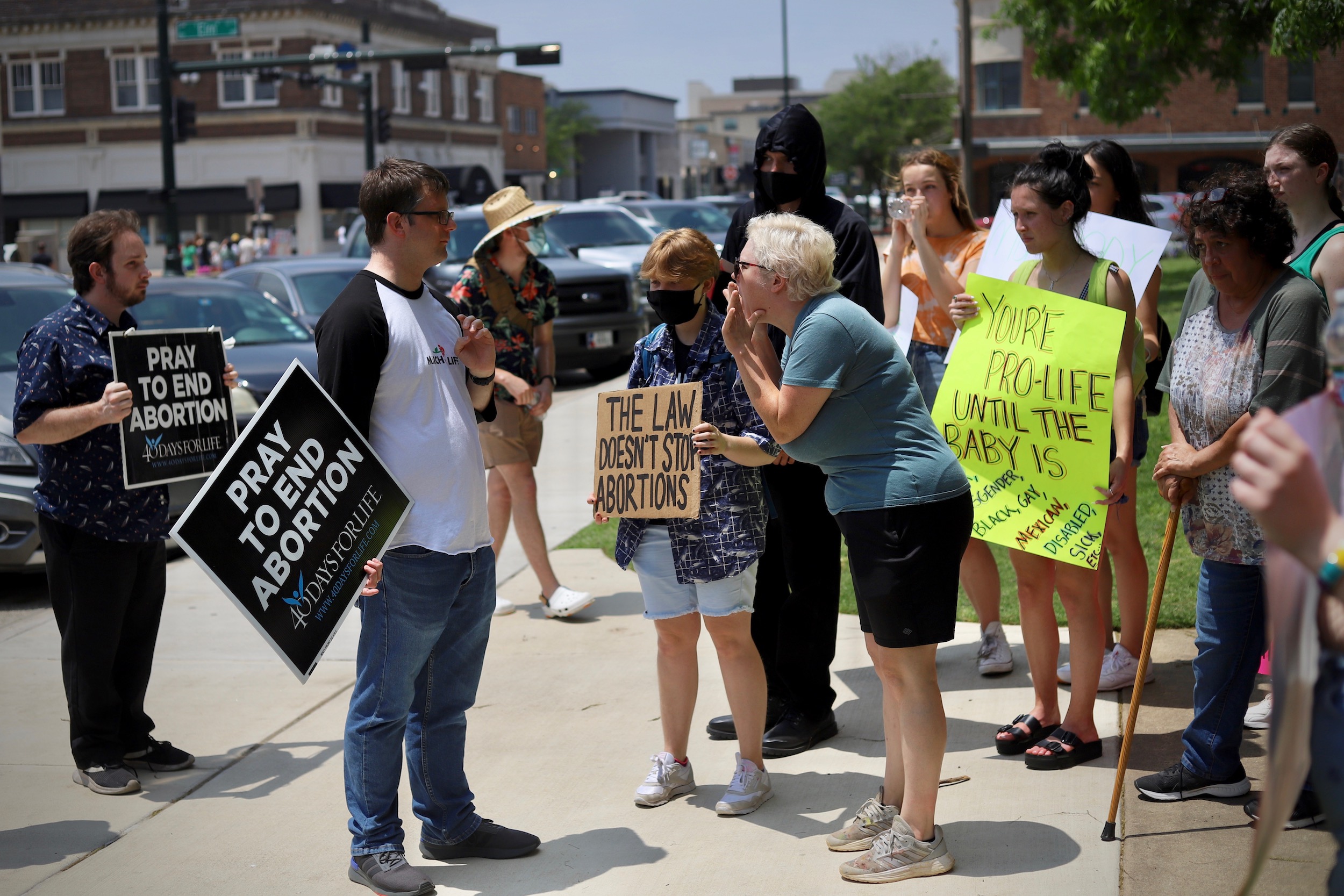 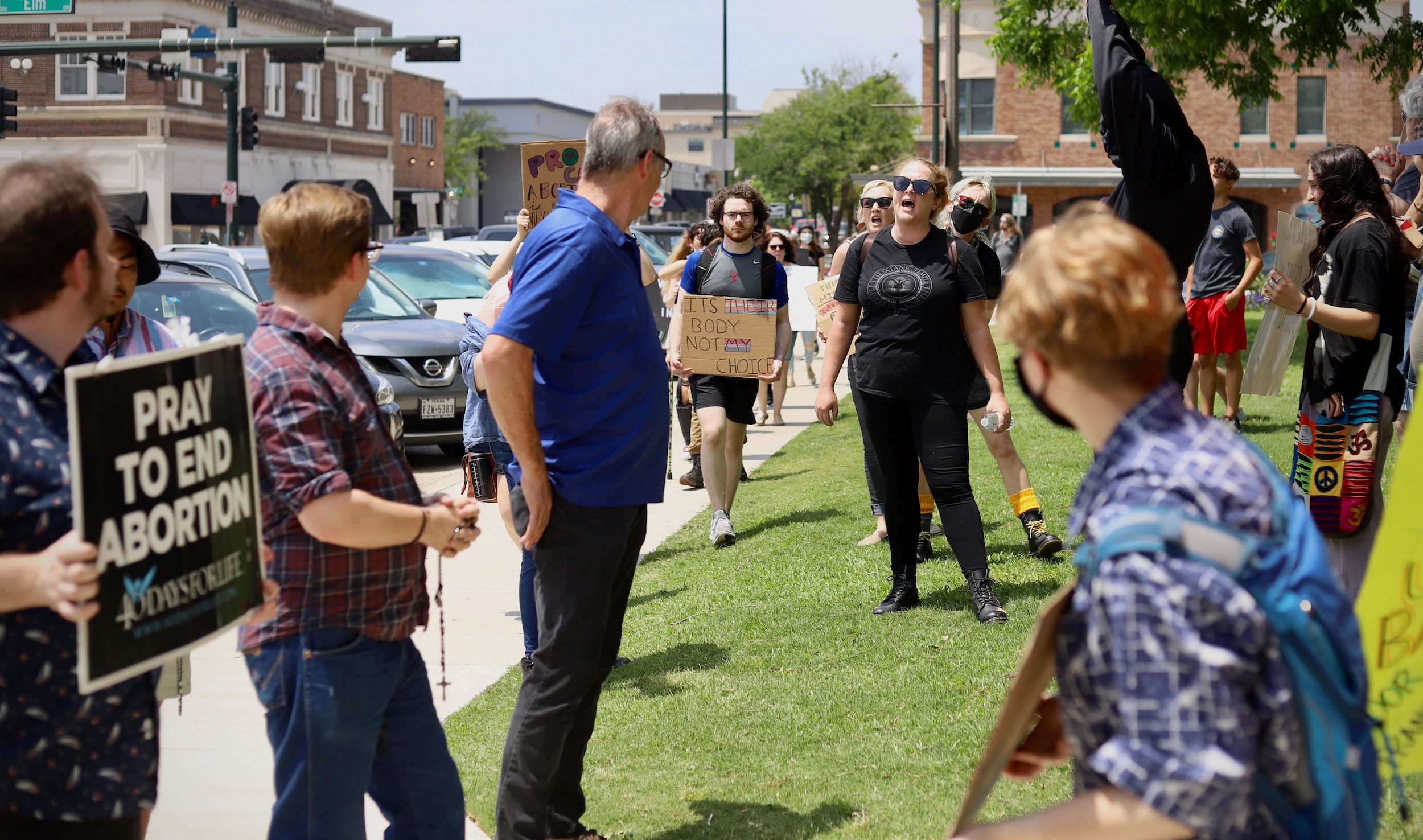 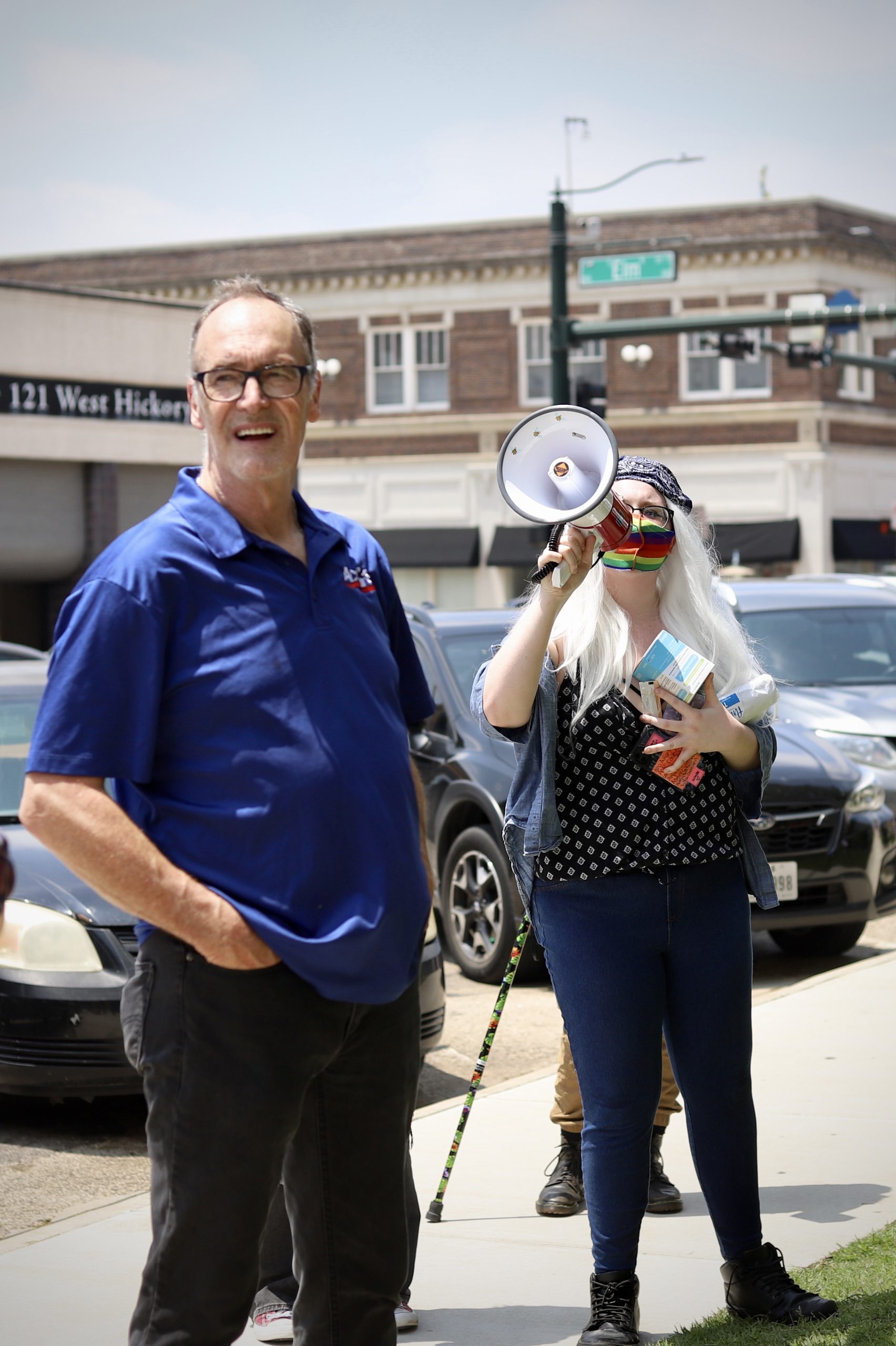 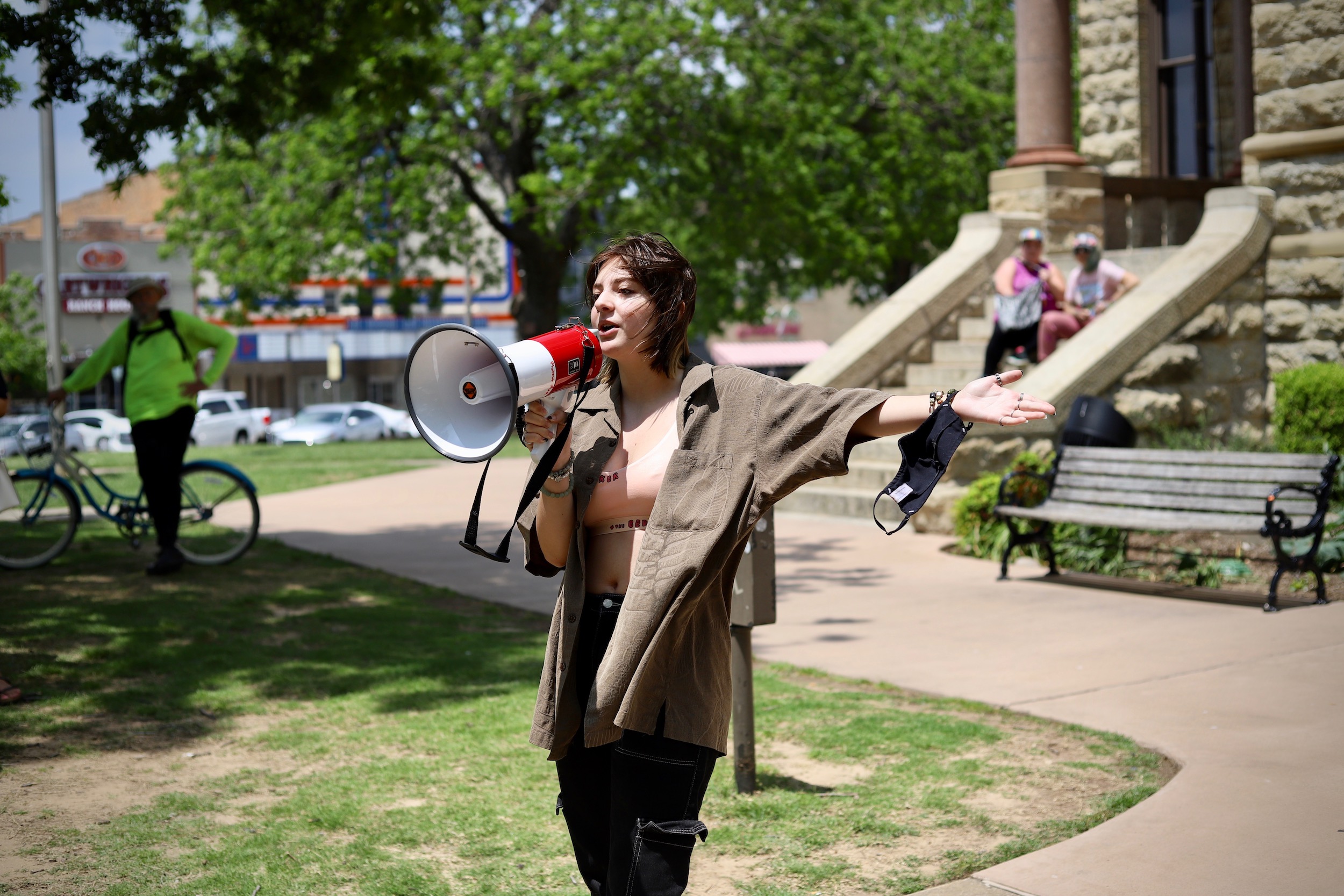 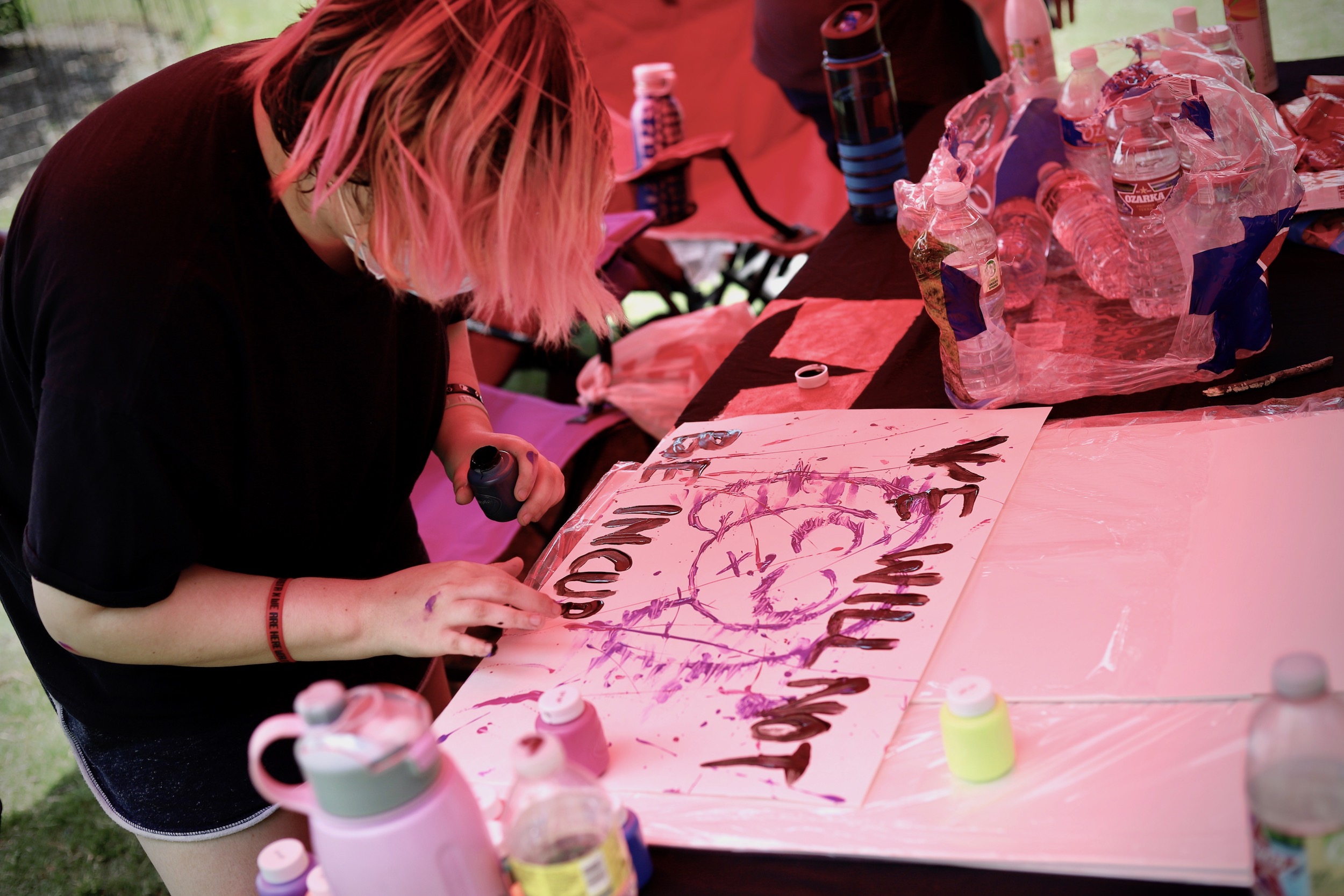 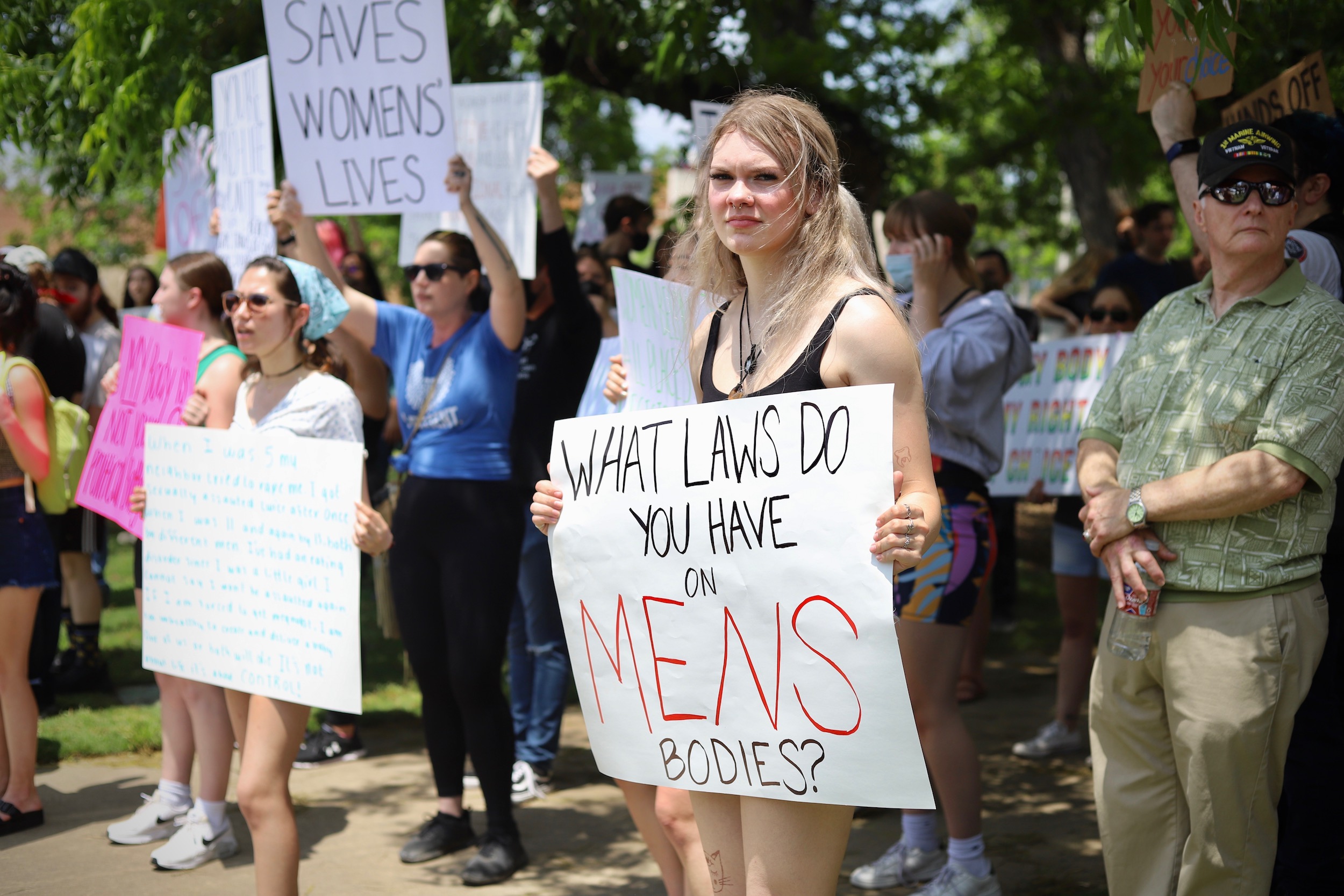 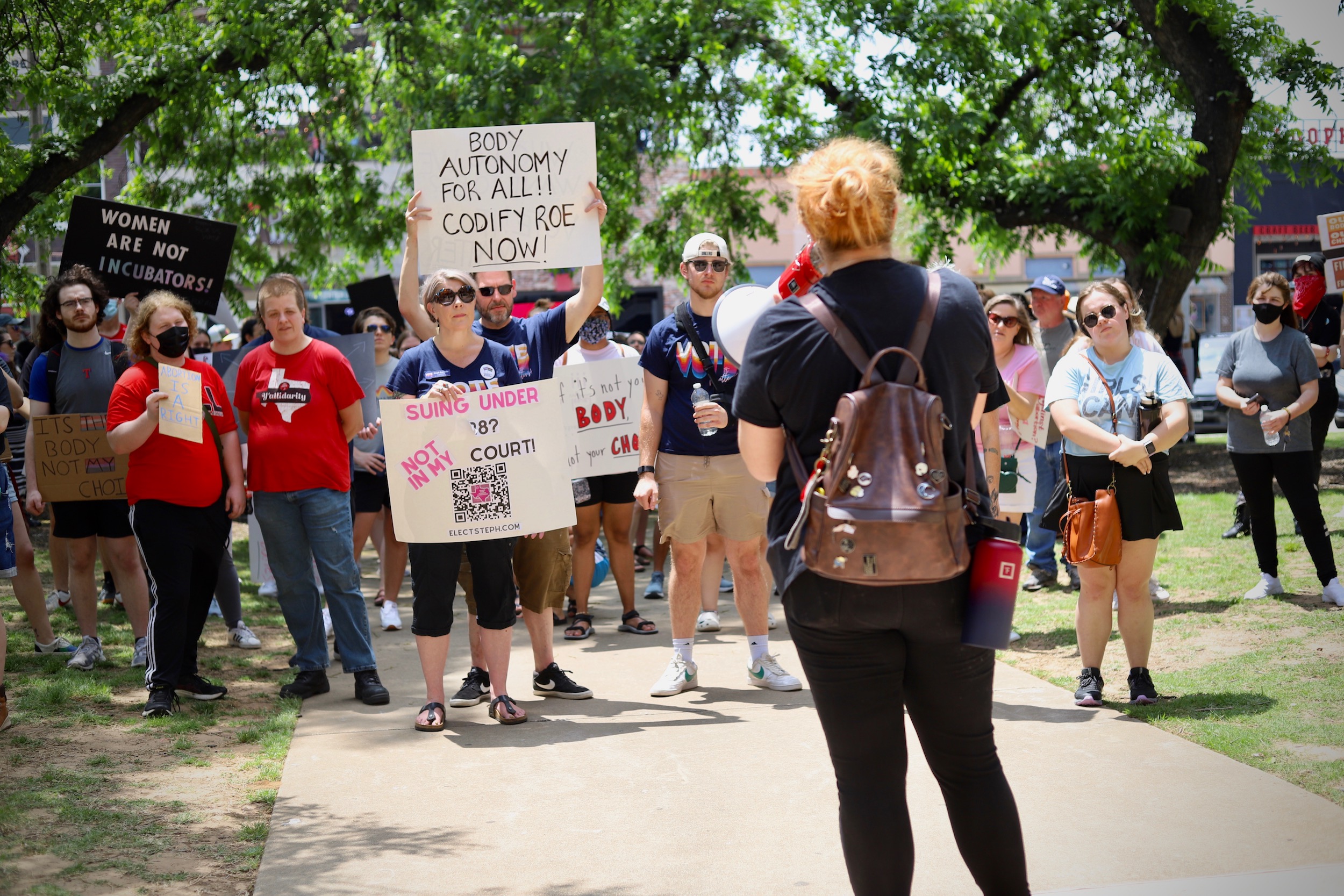 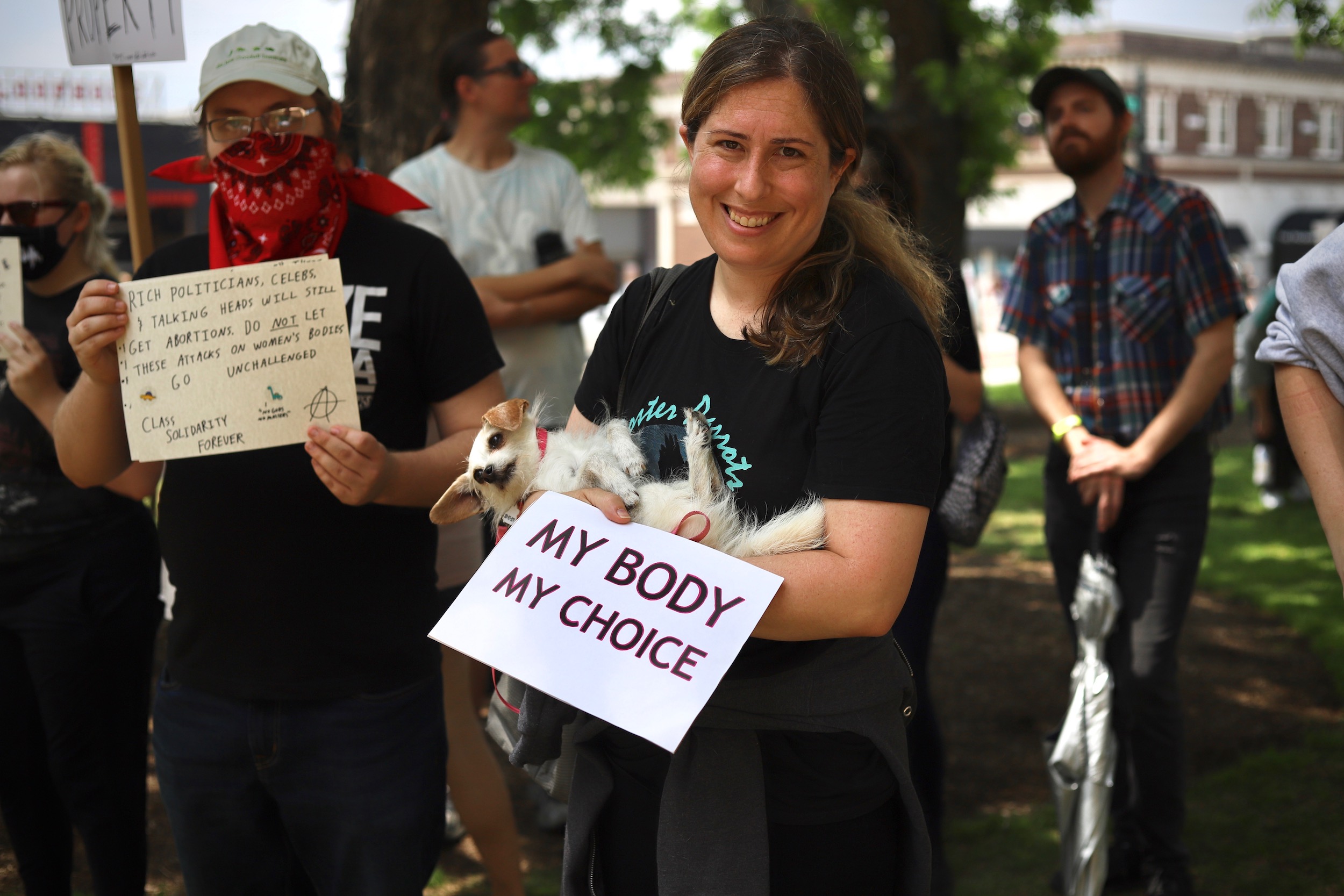 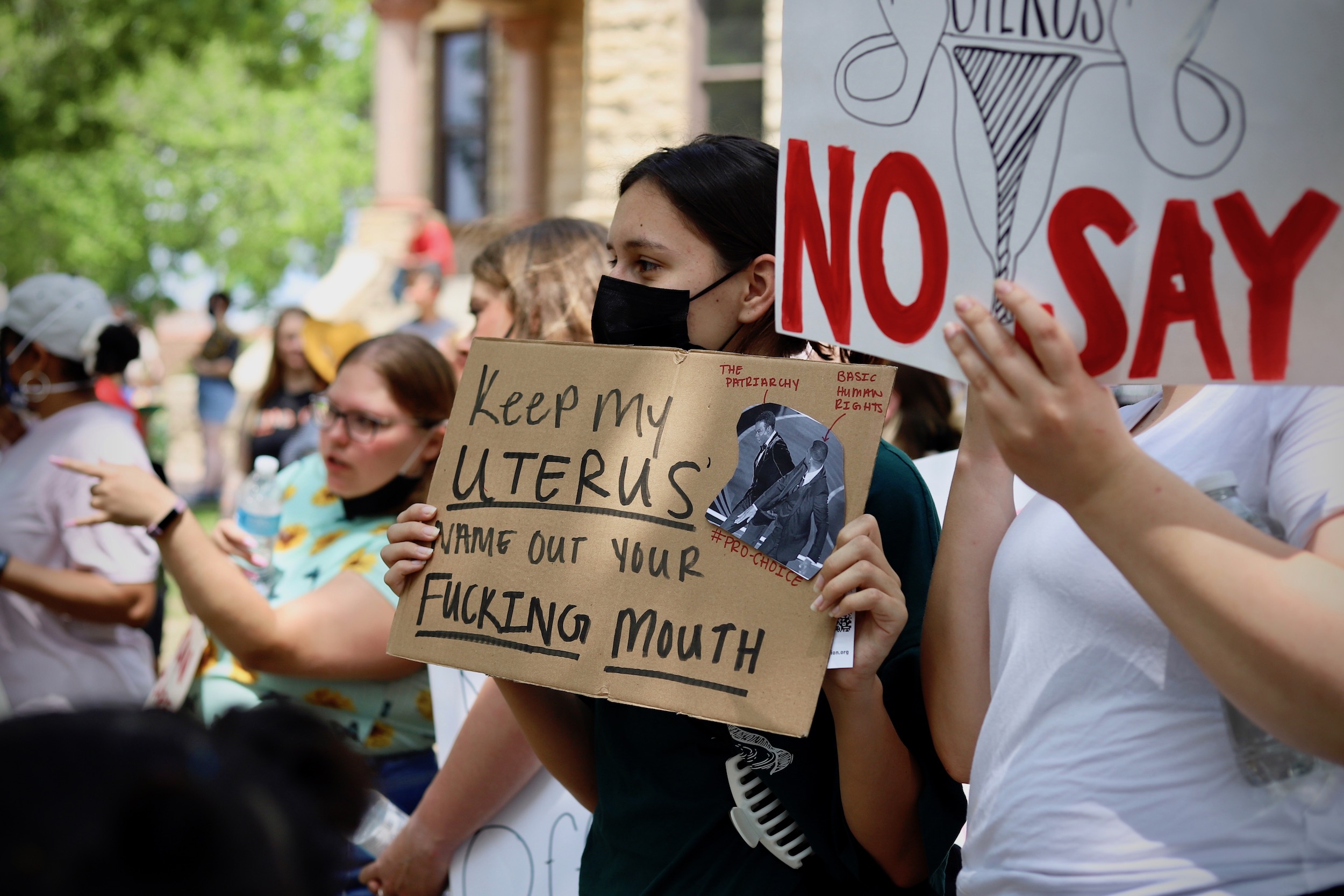 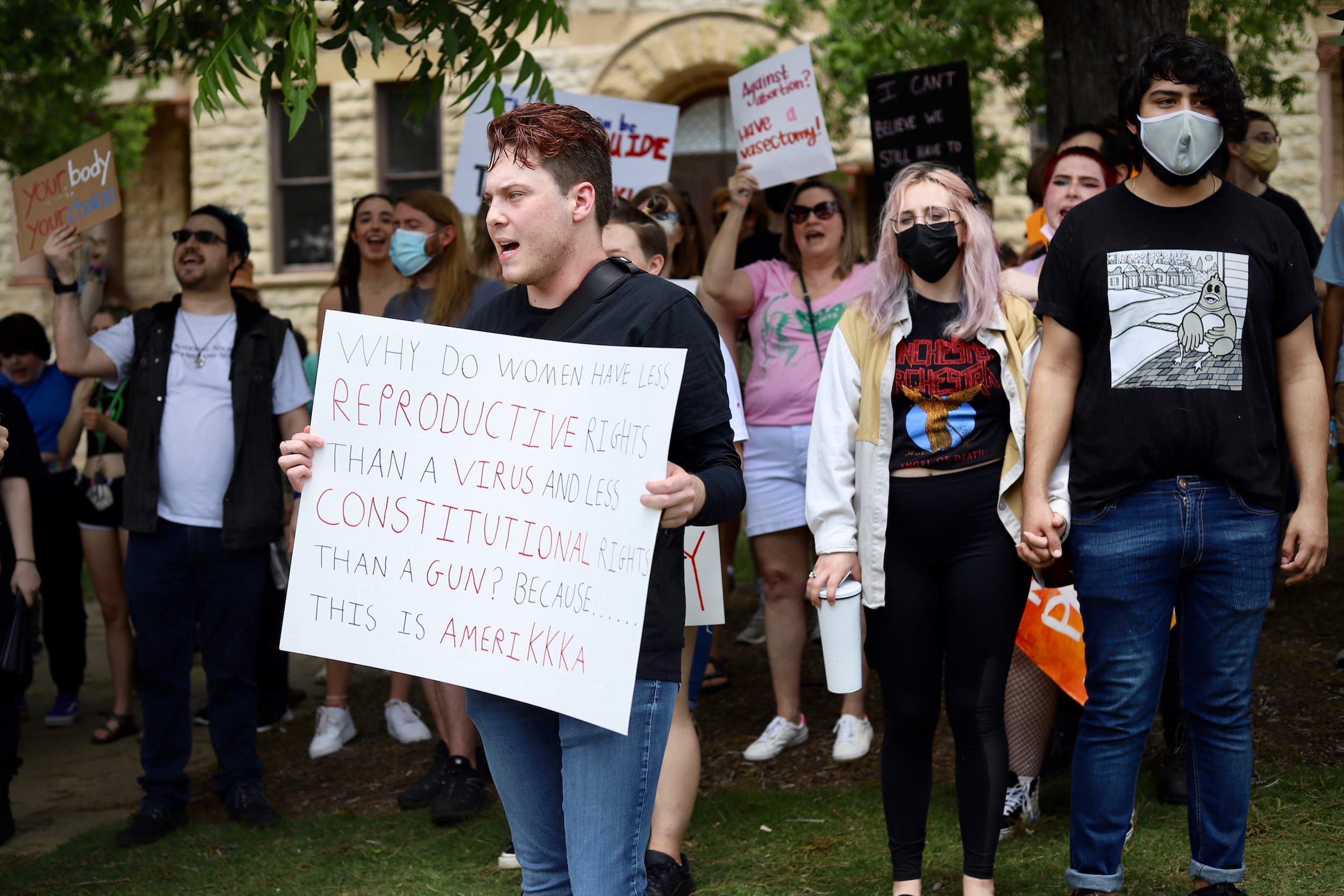 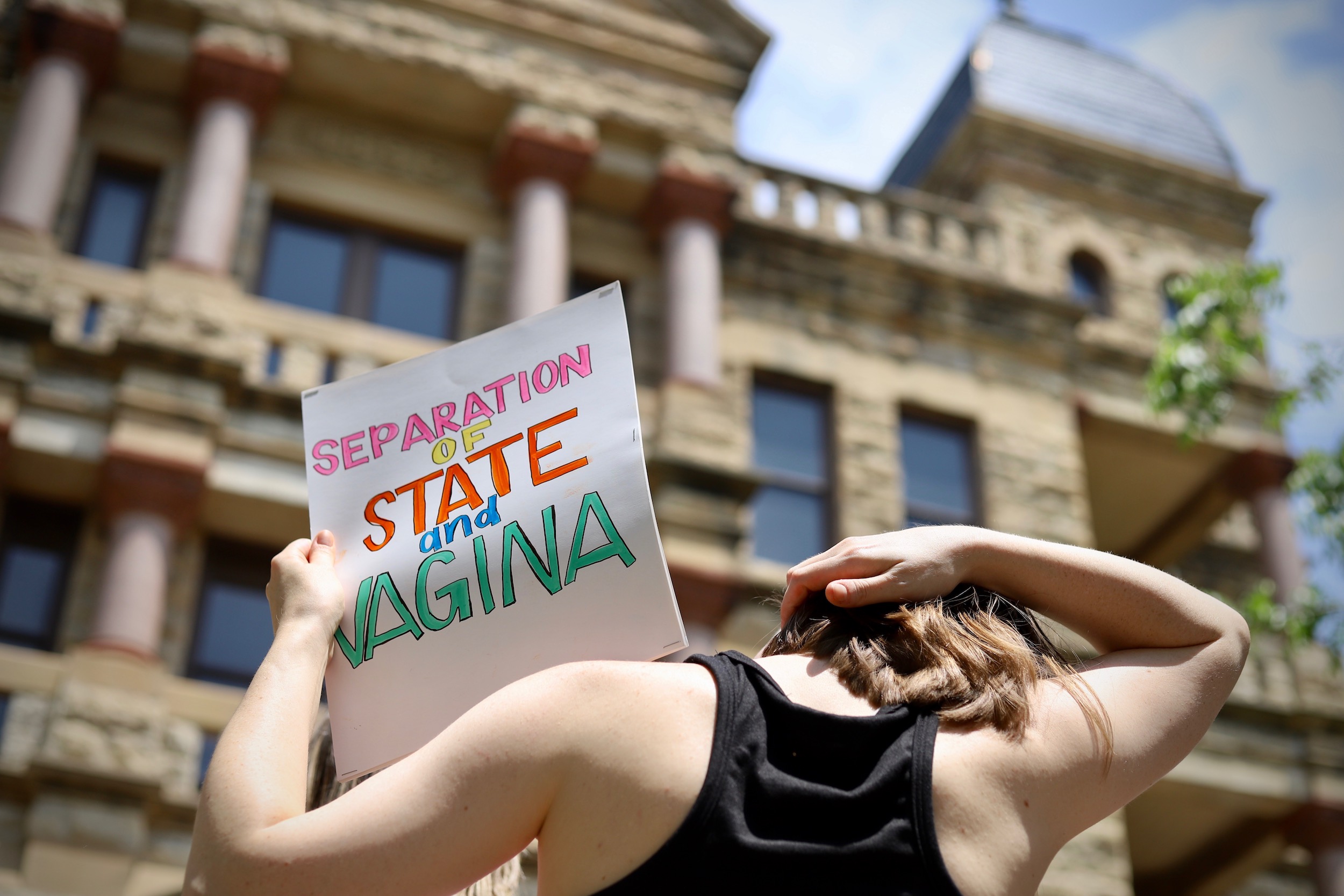 In Response To The Leaked Roe V. Wade Opinion, Dentonites Took To The Courthouse Lawn To Protest, As Did A Few Counter-Protestors.

Saturday afternoon, outside of the steps of the Denton Square courthouse, upwards of a hundred people pulled up to express their anger and heartbreak over the U.S. Supreme Court’s favoring opinion to overturn the Roe V. Wade decision — information which leaked a week ago. The news has sent the country into a frenzy, as this means abortion will become a state issue if the 1973 decision ends up being overturned, thus making abortion extremely restricted or out-right banned in many states. Protests have erupted across the nation, and our neck of the woods is no exception.

As we approached the square’s center, a car zoomed down the street as the driver flipped off the crowd of protestors and yelled “fucking baby killers” — a preview of the tension that would come that afternoon.

The gathering was organized by a handful of community outreach groups — Denton Food Not Bombs,  the Socialist Rifle Association, UNT Democrats, Denton Left, Elm Fork John Brown Gun Club and the UNT Eagle Dreamers. Being election day, city council candidate Amber Briggle kicked things off with a pep talk with mayoral candidate Paul Meltzer by her side. Both have been endorsed by Beto O’Rourke.

For the next few hours, Dentonites, both young and old, chanted for reproductive rights, handed out free food and water and connected community members to their respective organizations.

Naturally, a political-charged event needs its foil. Also present were some counter protesters, though there were never more than eight at a time (that includes three very young children with “pray with us to end abortion” signs at the mouth of the protestors.) The much smaller pro-life group stood on the sidewalk in front of the courthouse, holding 40 Days for Life signs and rosary beads, facing the sea pro-choice supporters. There was some expected pressure where the groups met — the day wasn’t short on screaming matches —  but that’s free speech for you.

This Denton rally was just a small glimpse into the enormous fire behind the reproductive rights movement — and it should be enormous. The consequences if Roe V. Wade were to be overturned would be disastrous, not only putting lives at jeopardy, but setting a dangerous precedent of sex-based oppression.

We’re in for a very turbulent voting season.