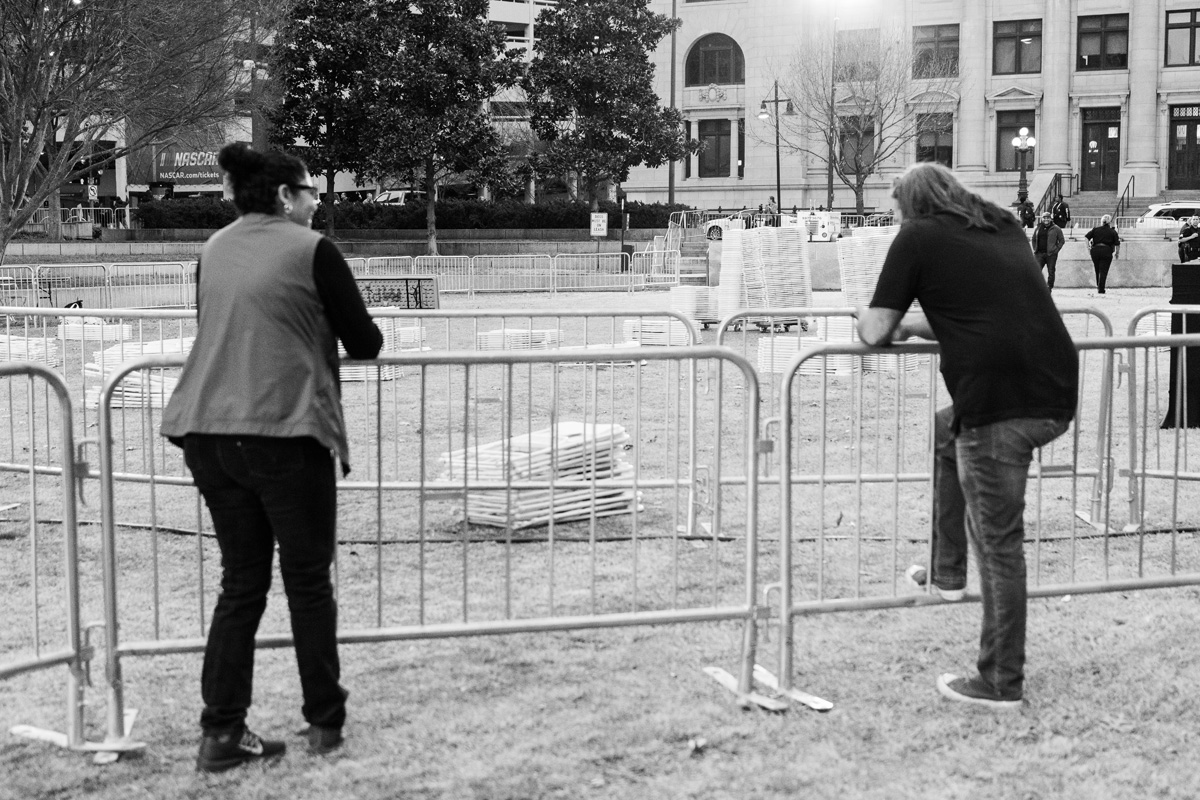 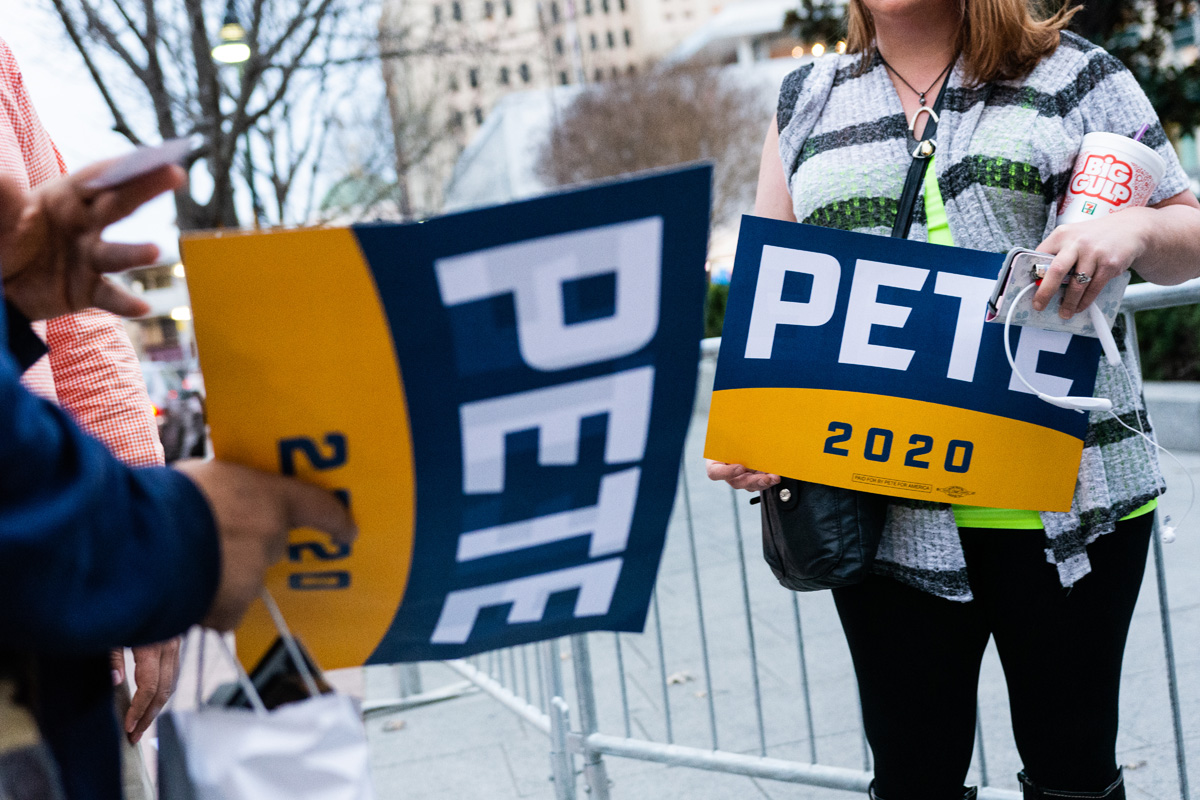 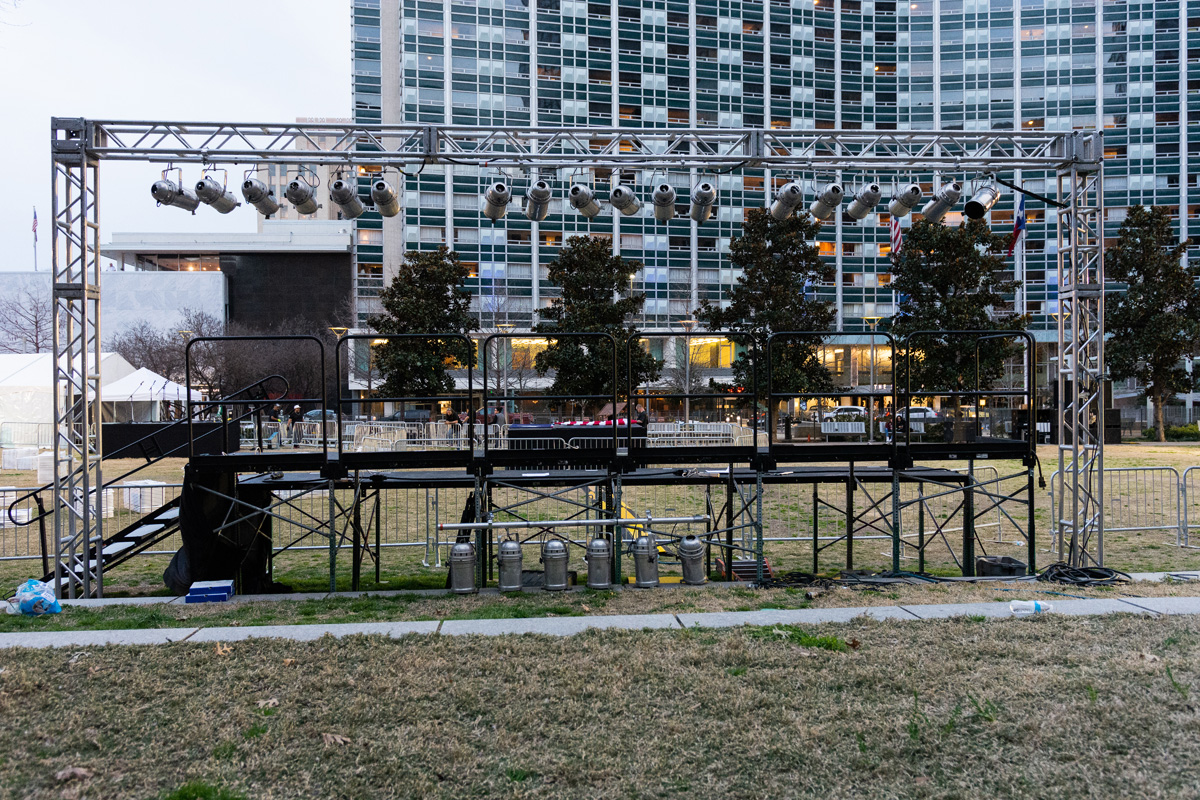 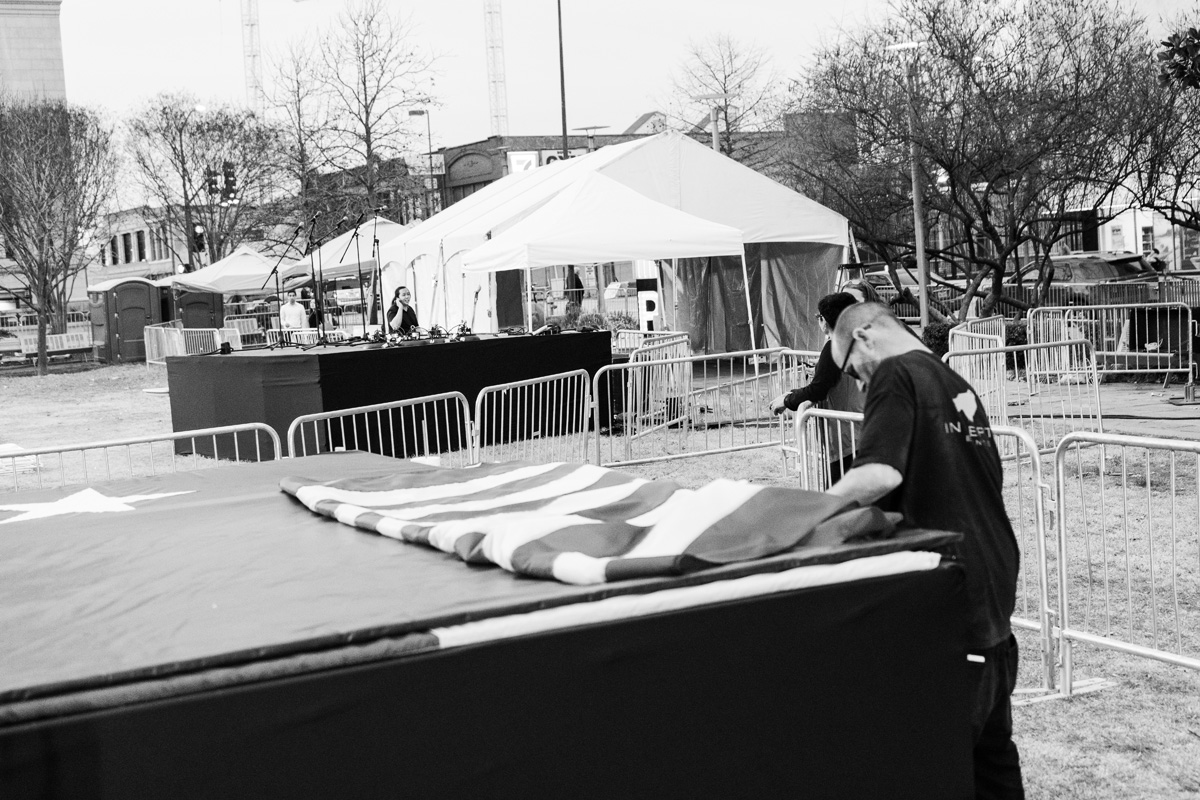 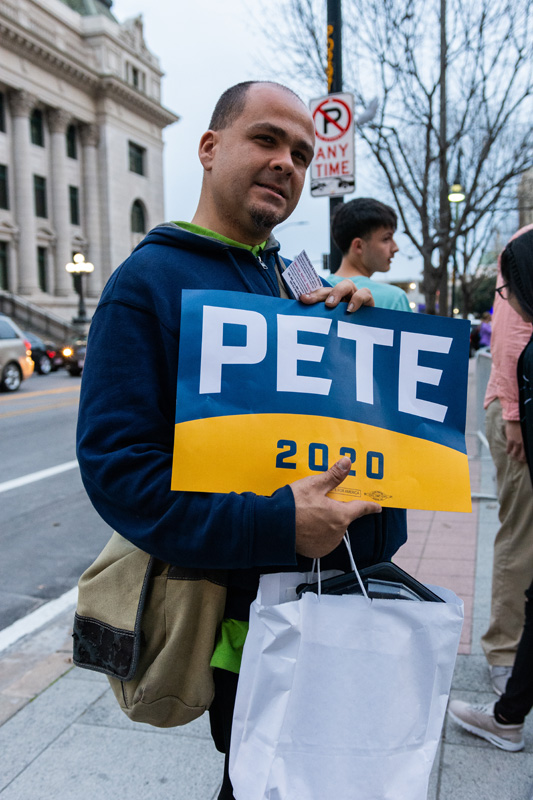 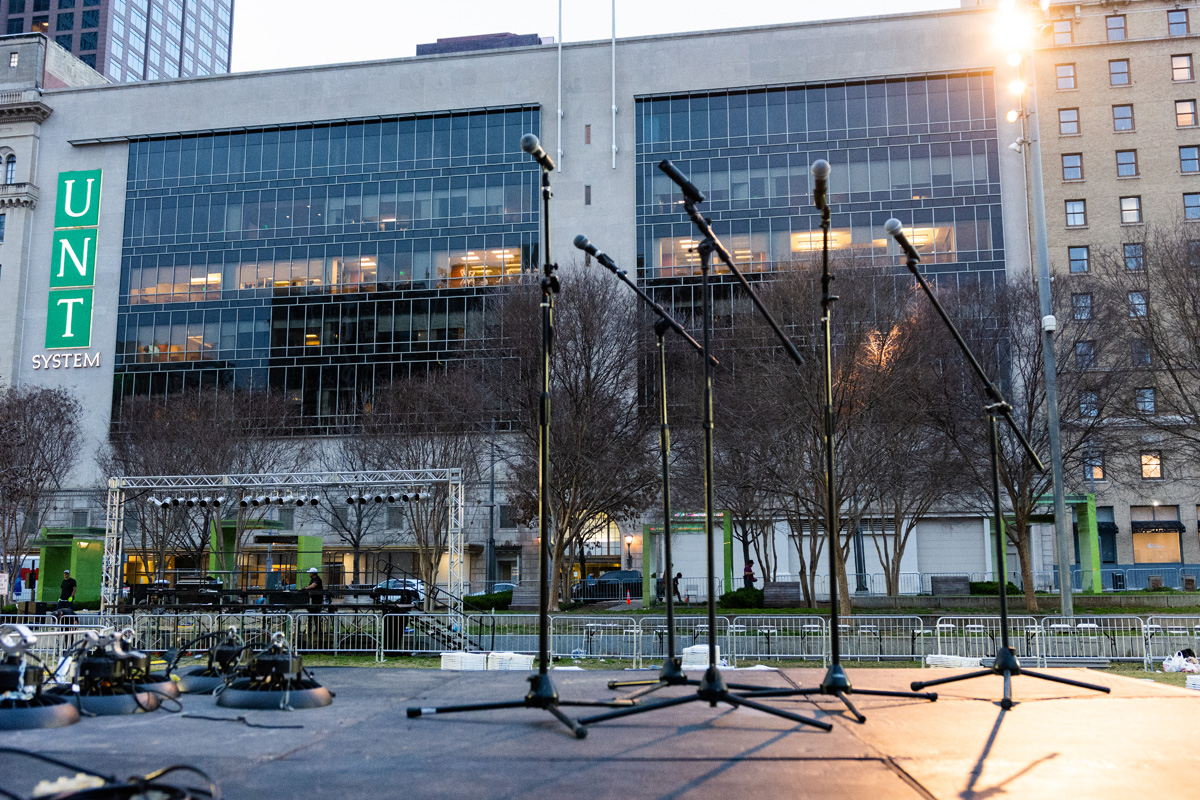 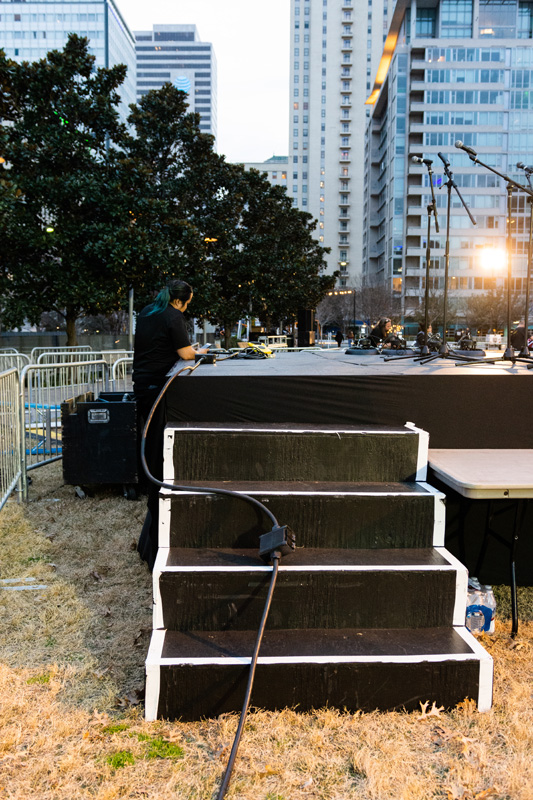 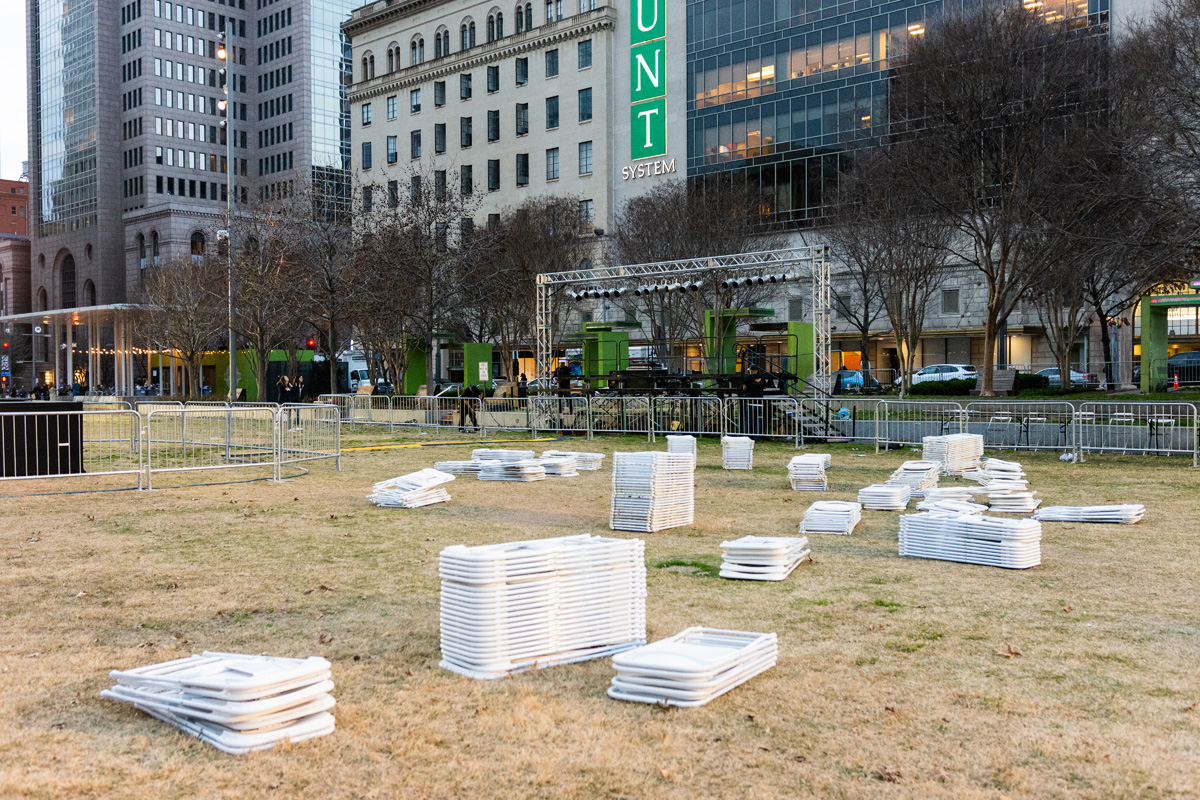 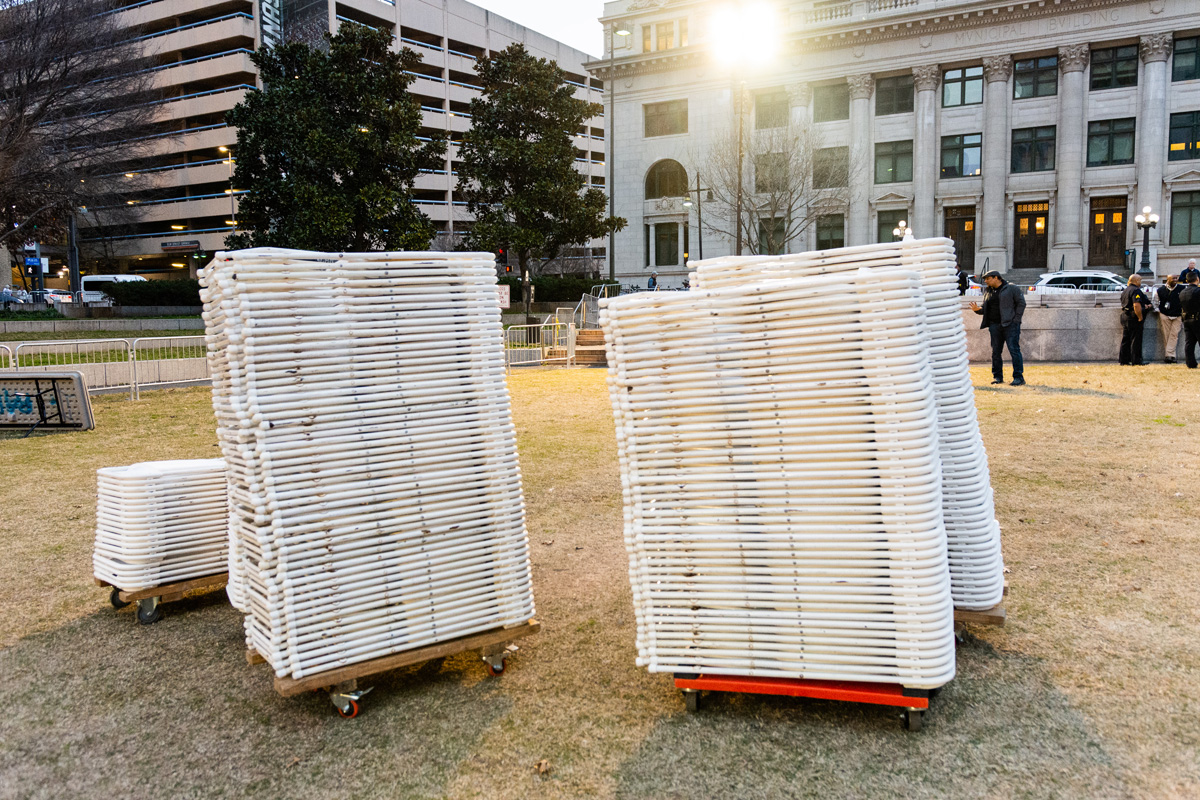 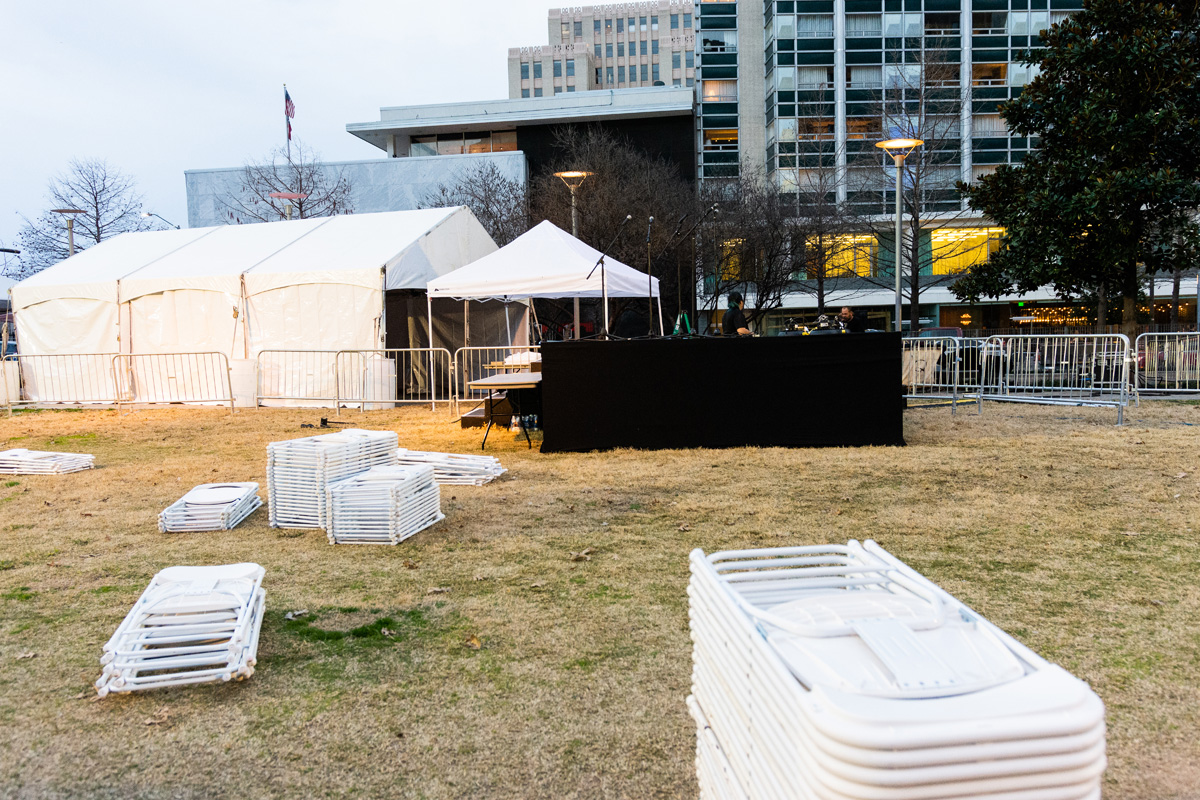 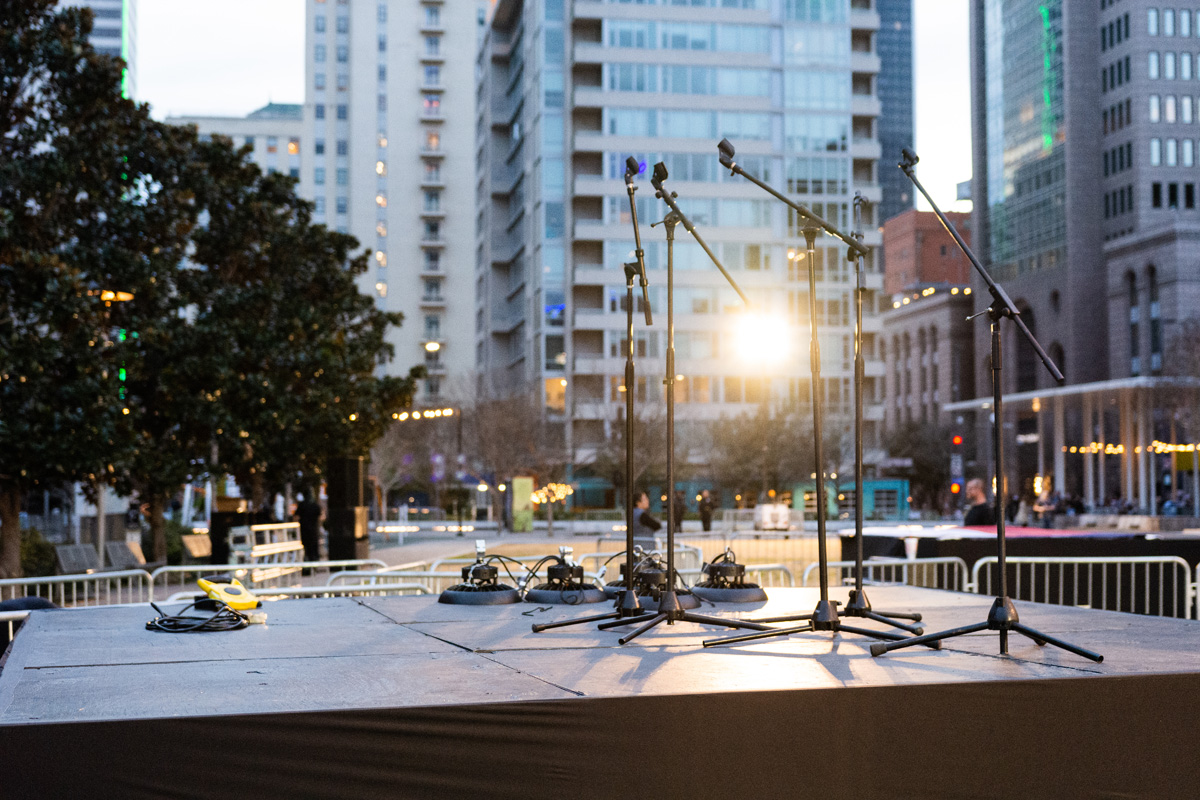 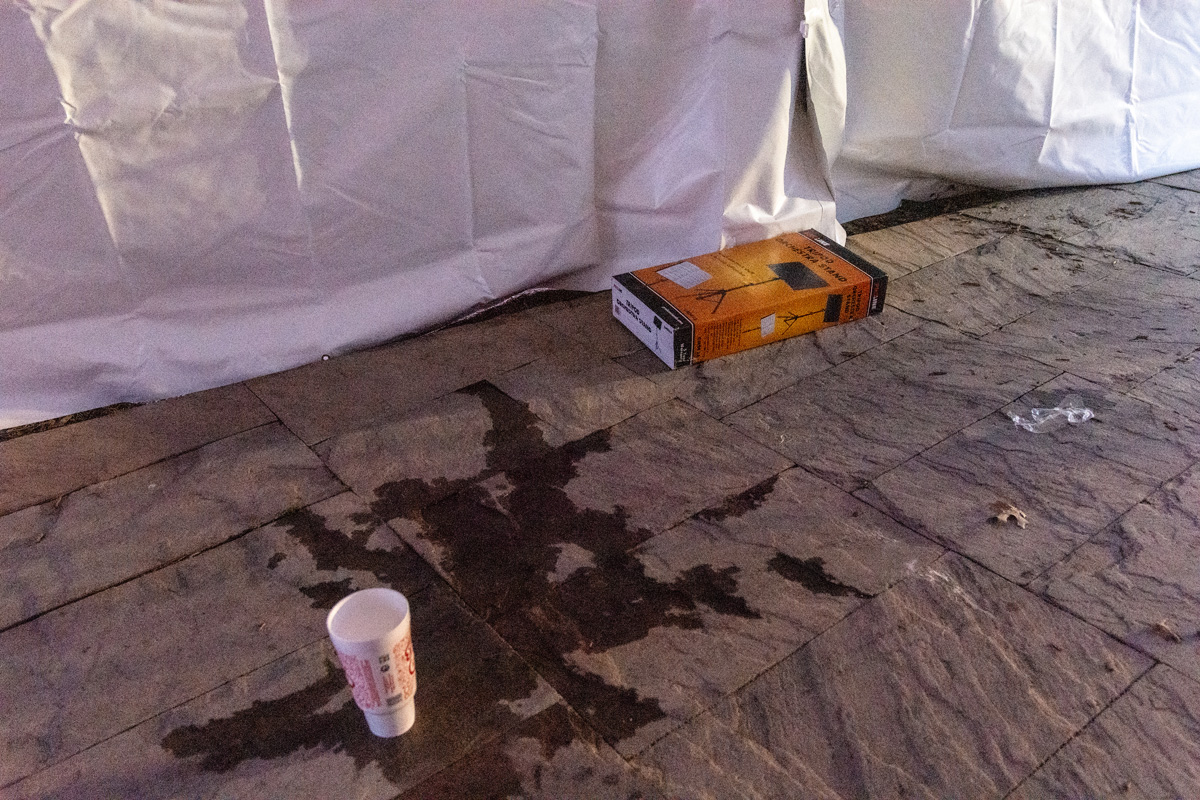 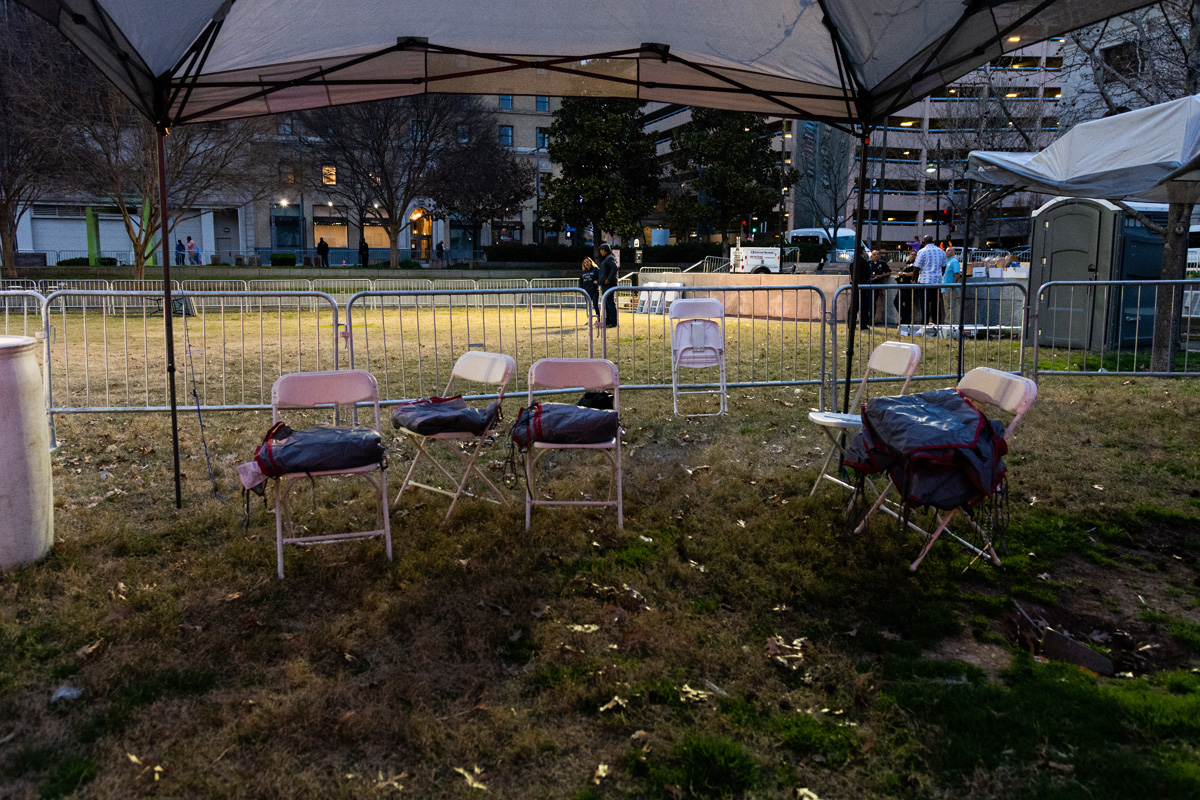 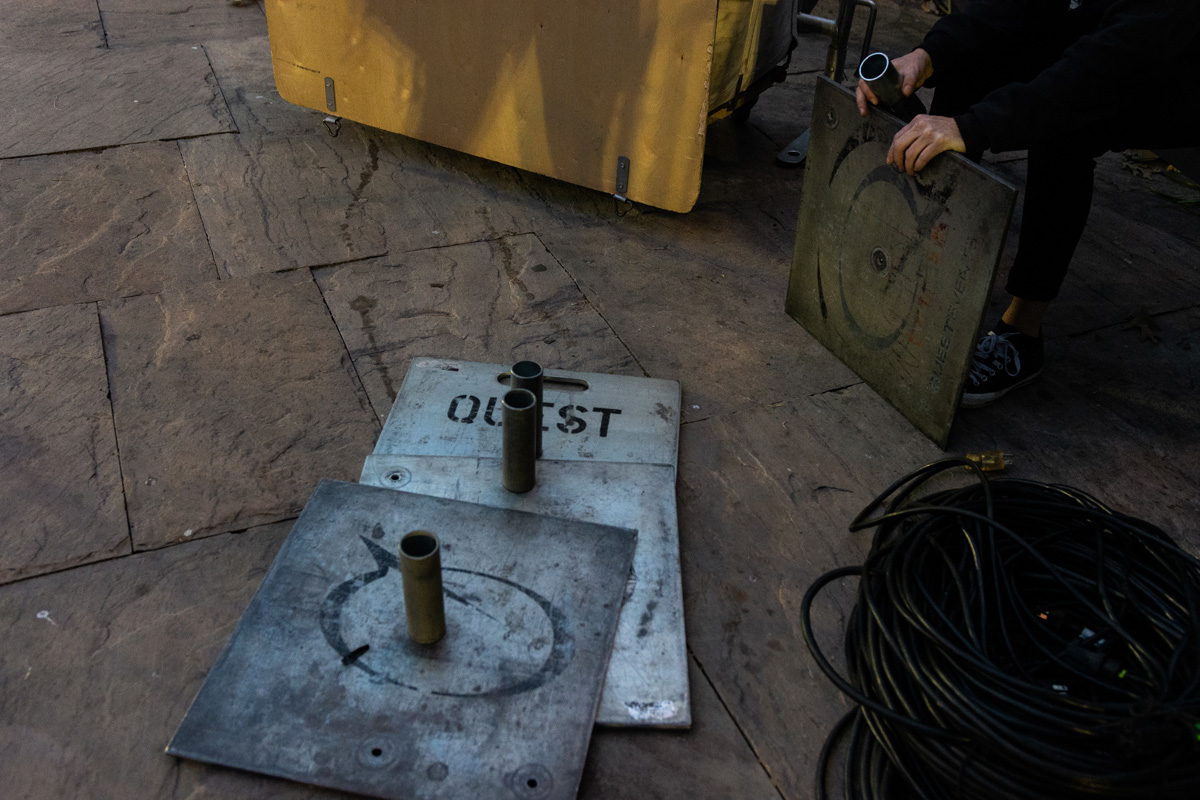 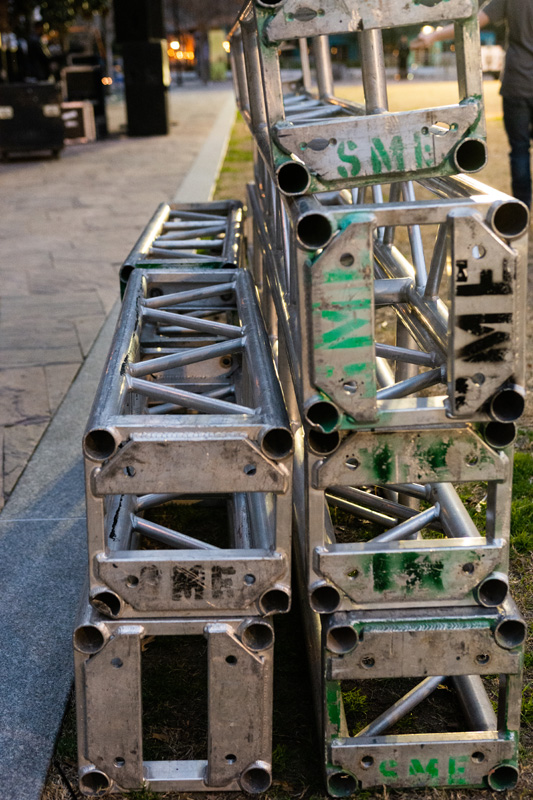 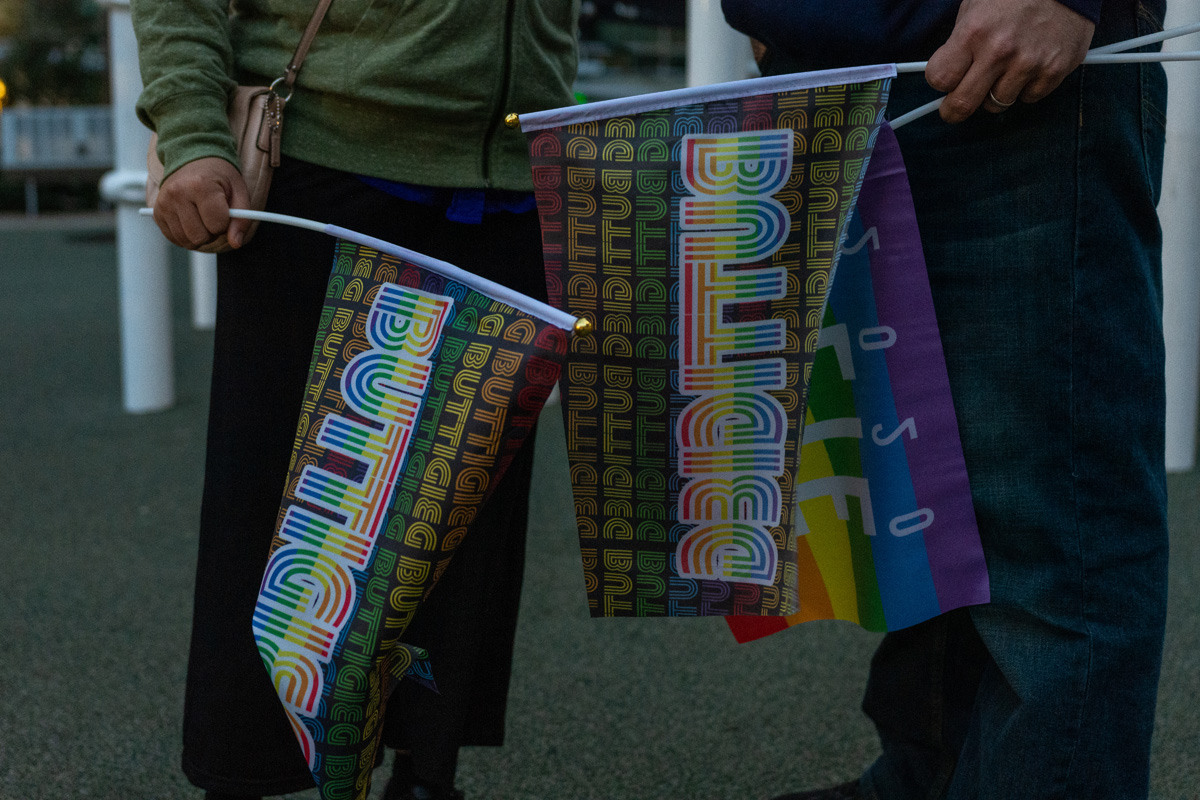 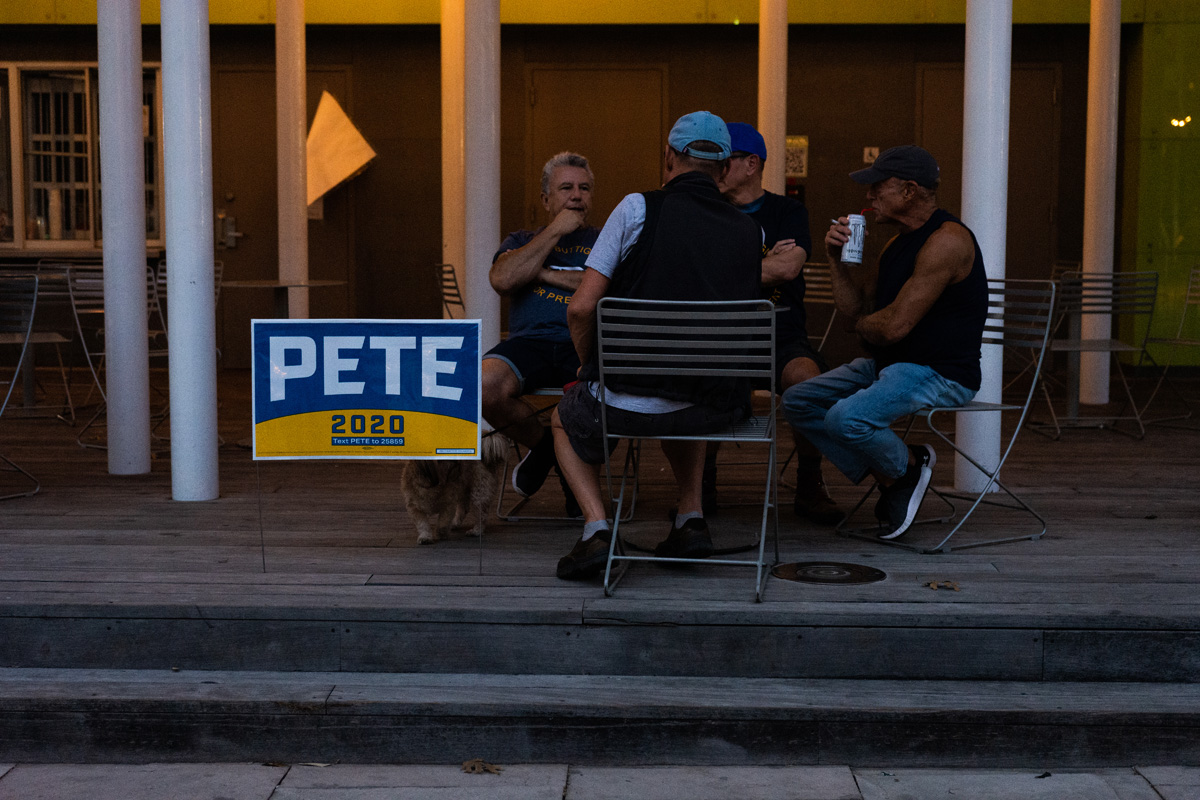 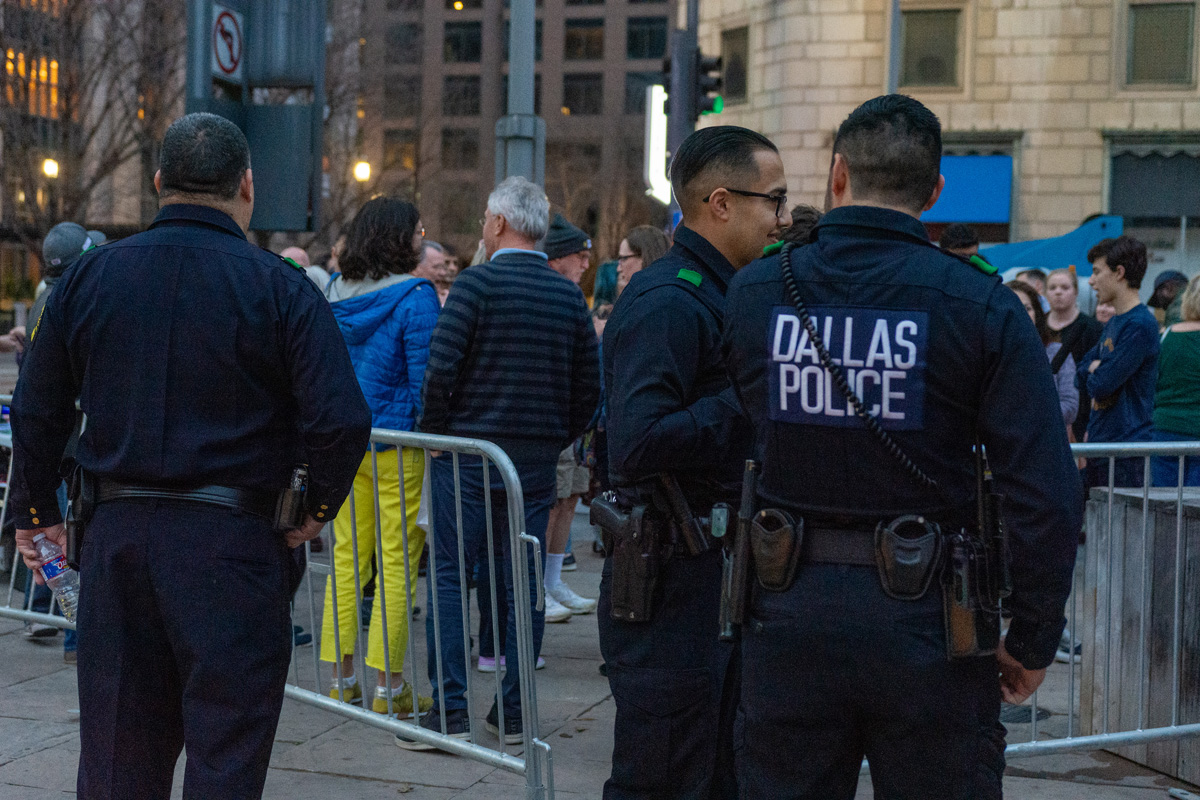 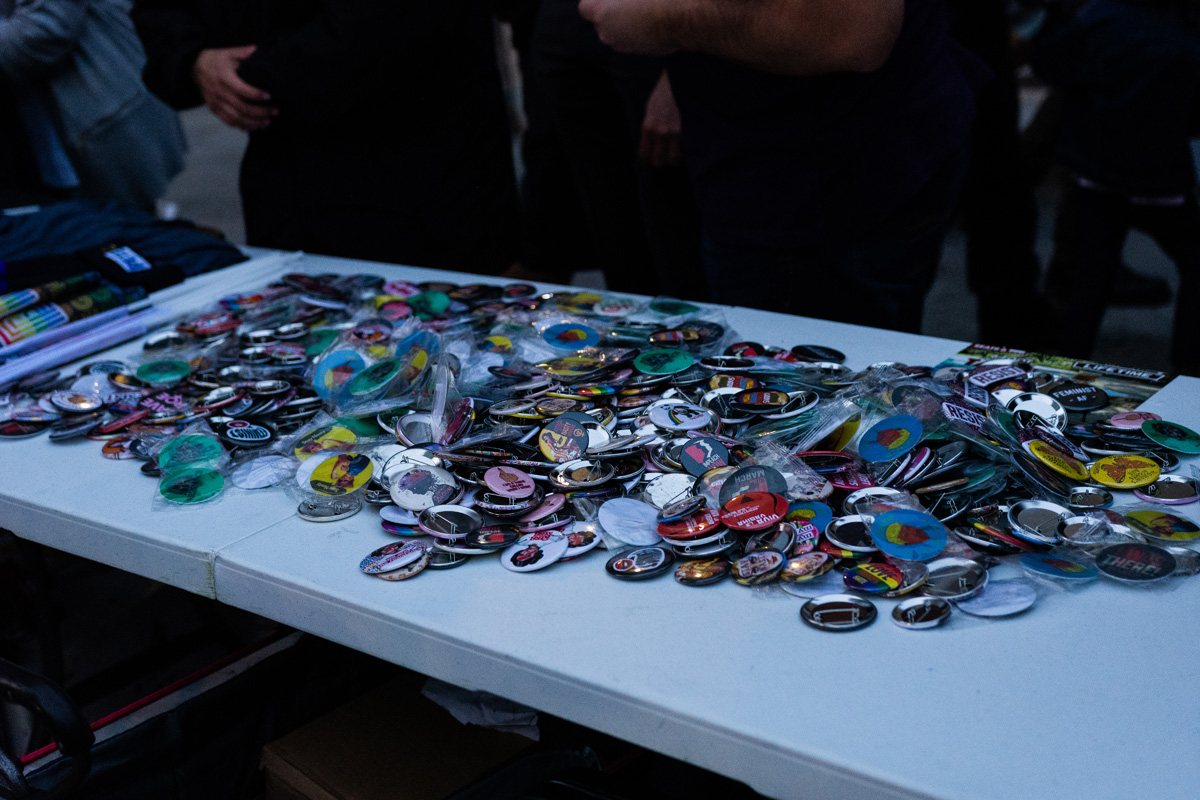 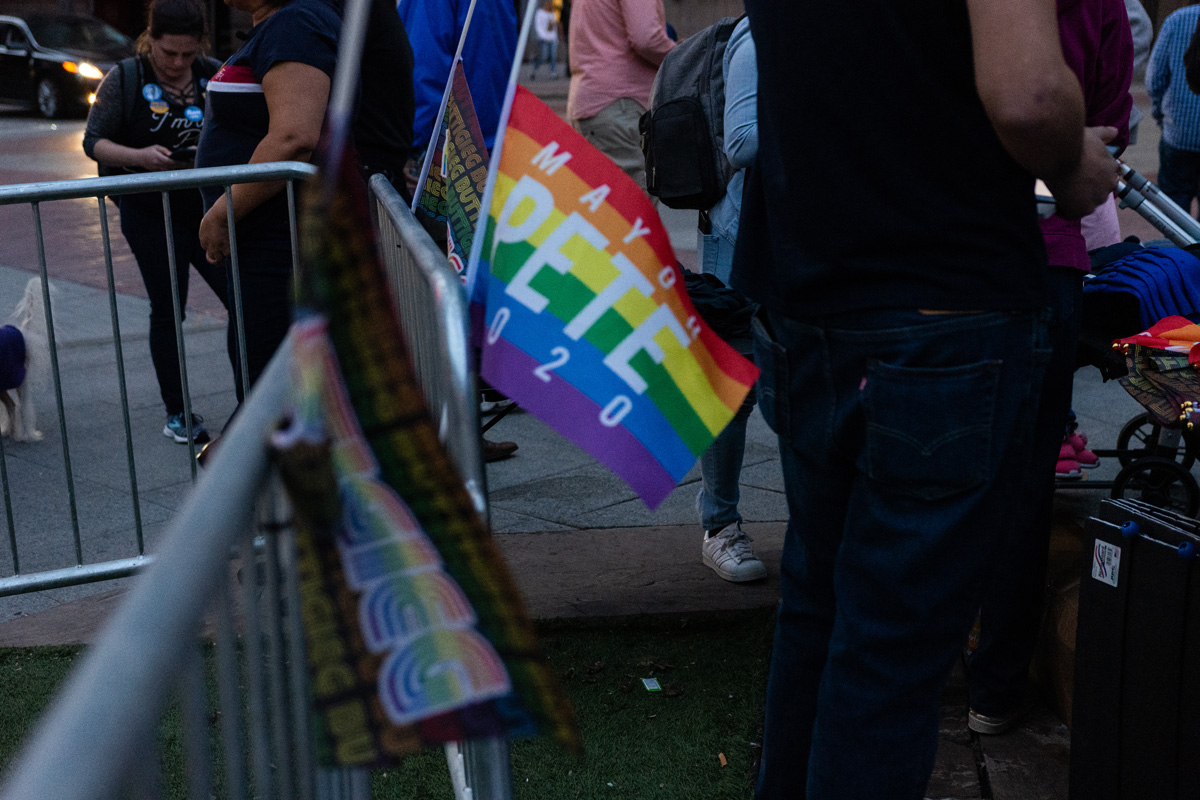 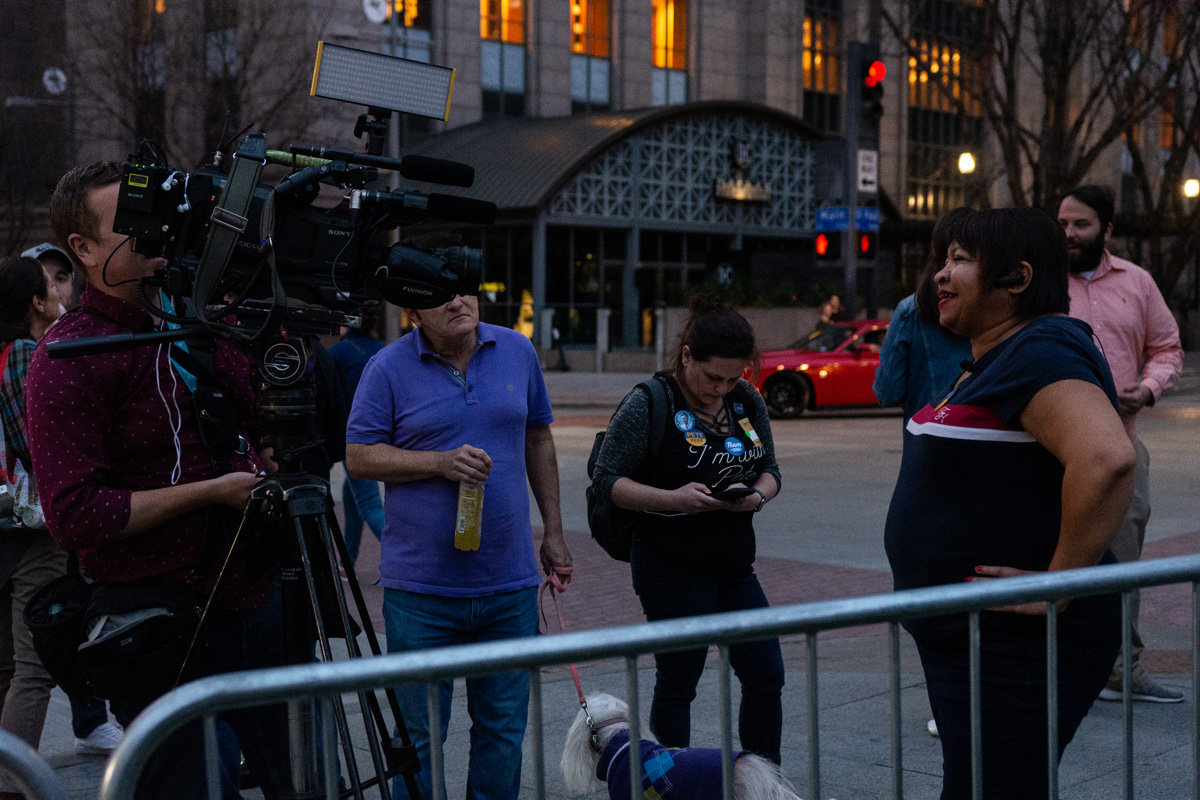 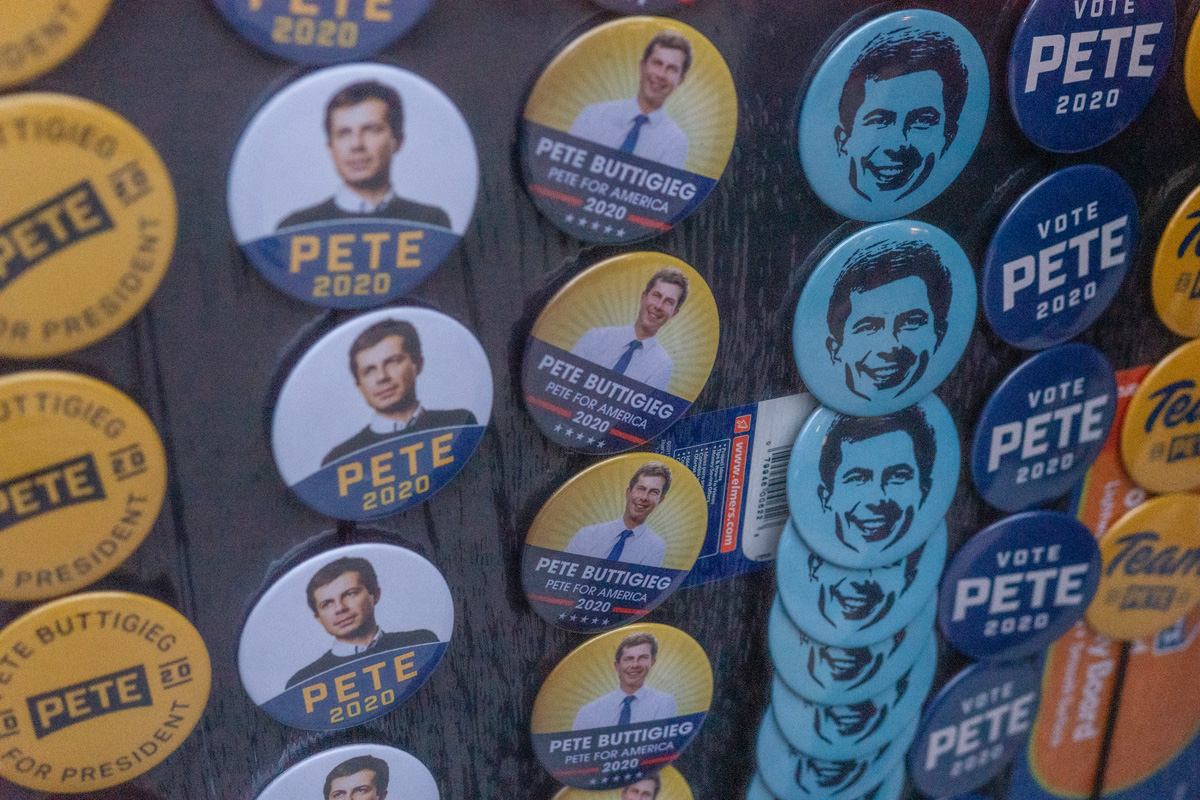 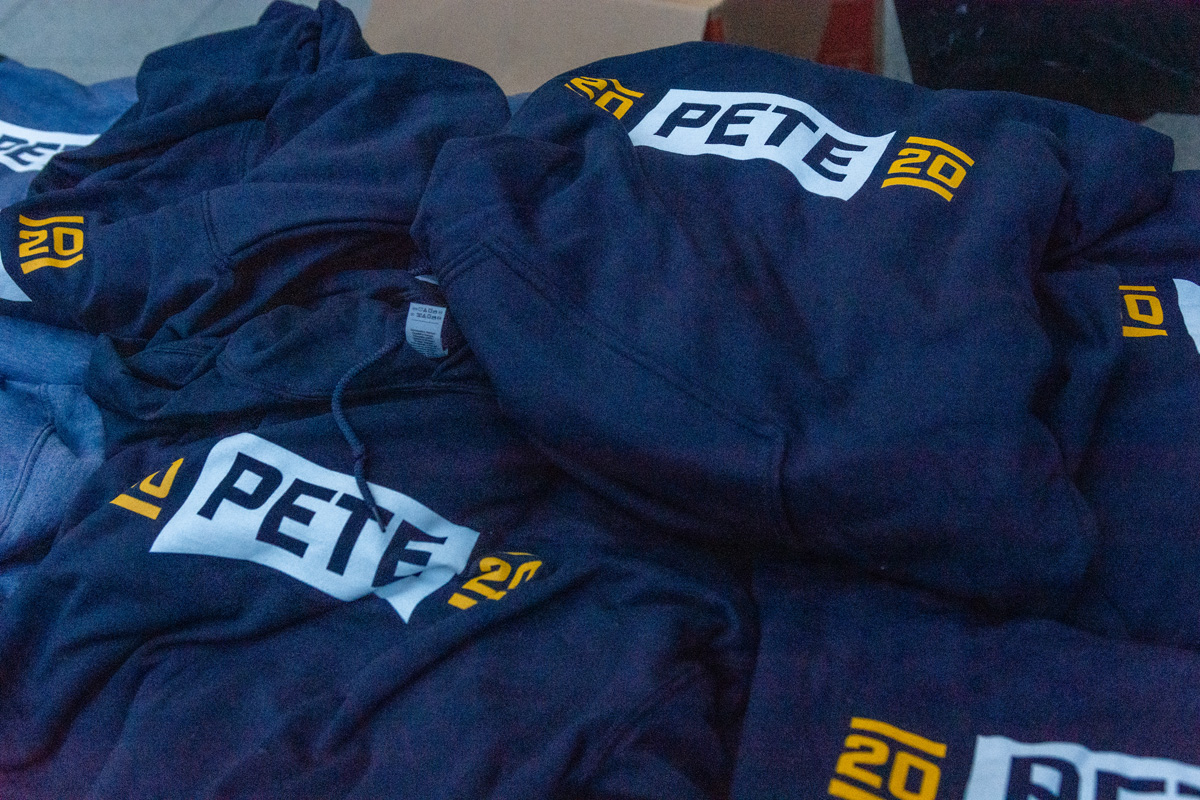 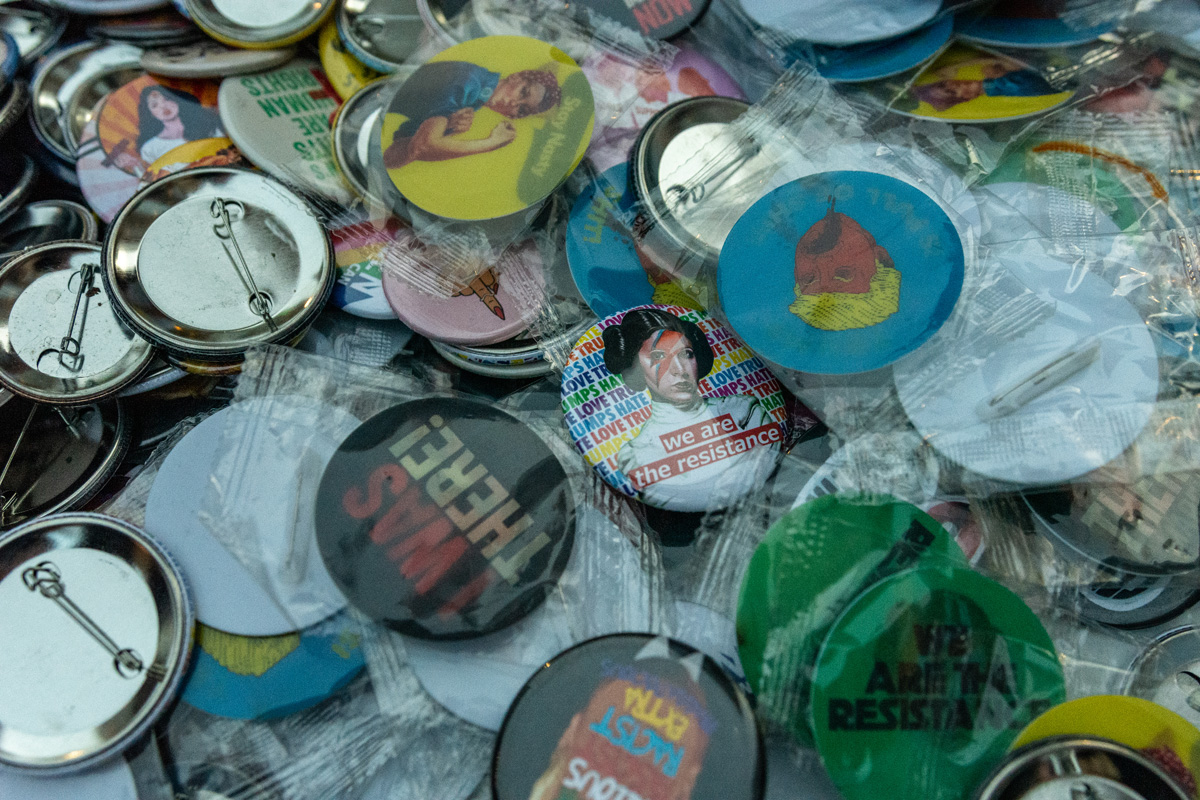 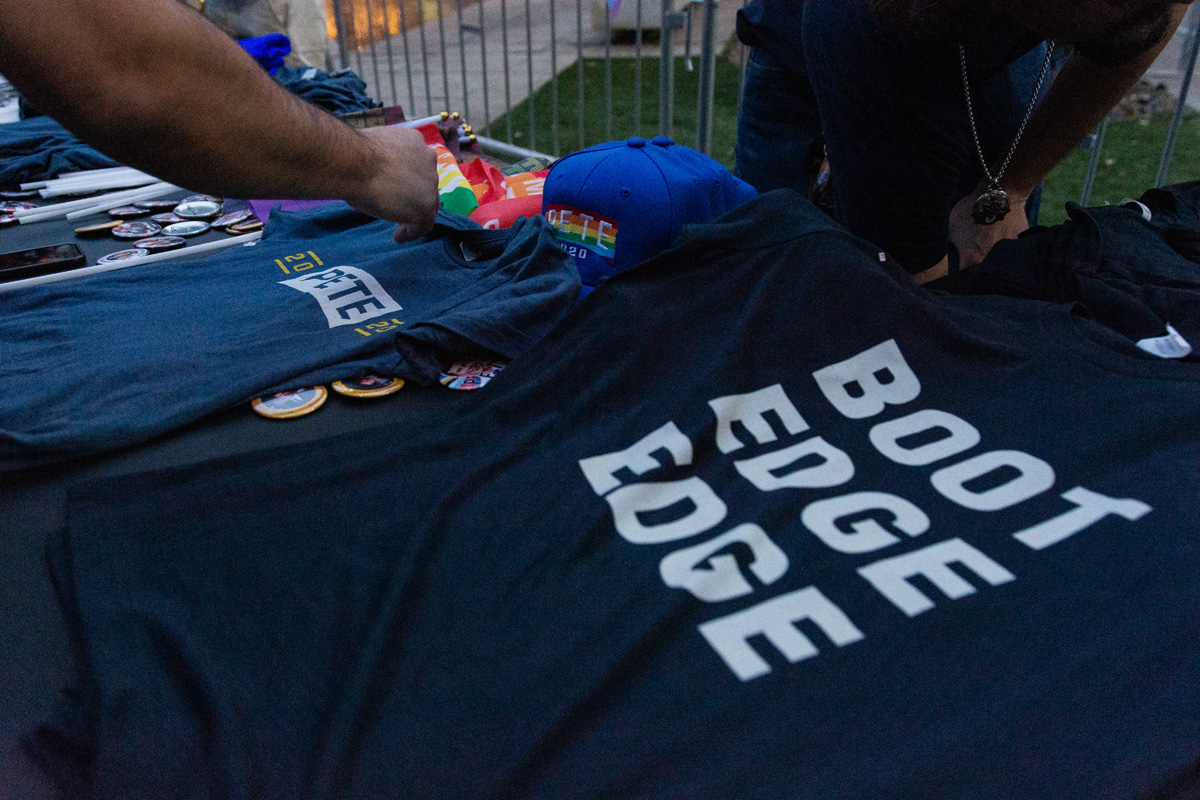 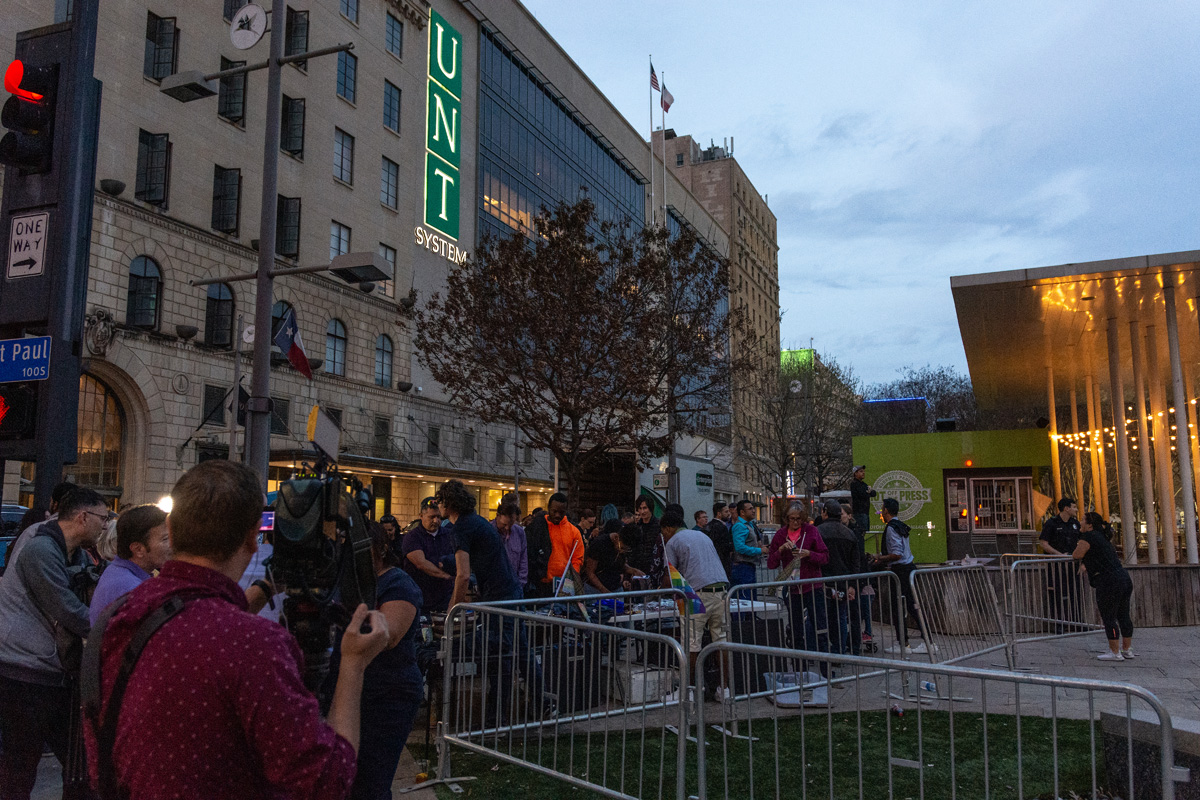 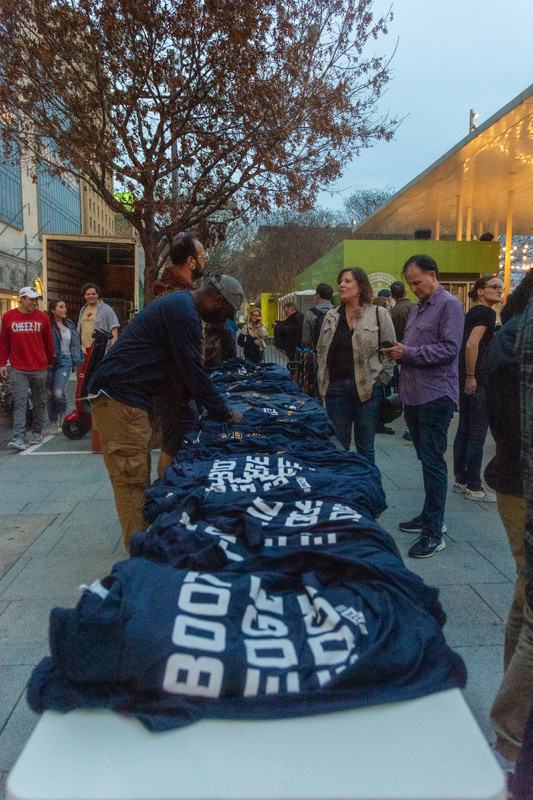 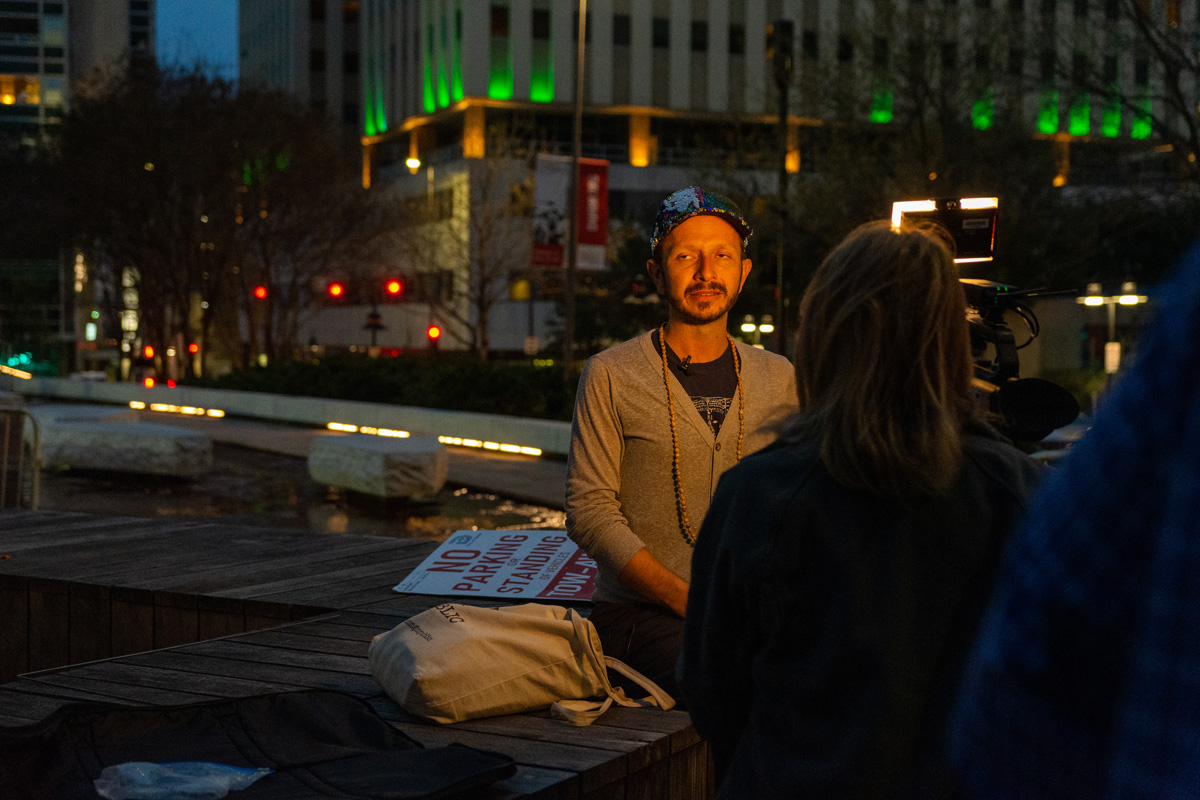 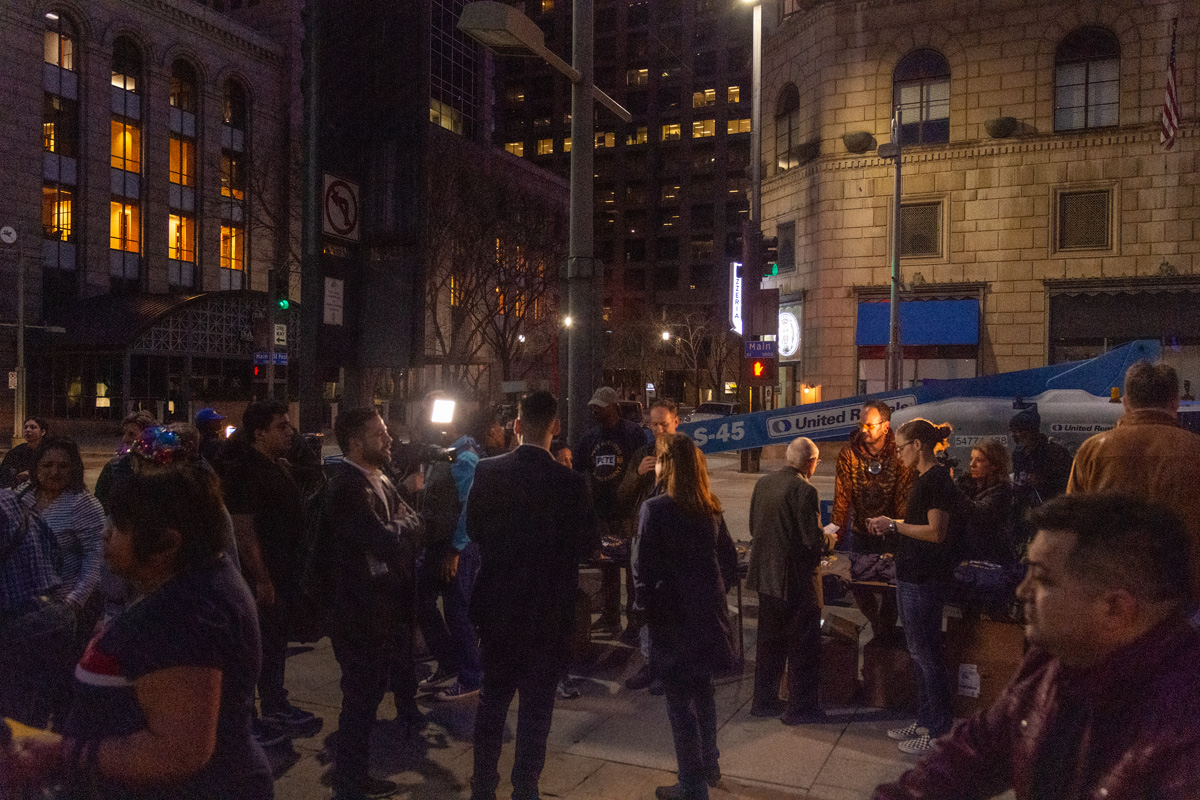 Buttigieg, the first openly gay major party presidential candidate, was originally scheduled to appear before his fans at Main Street Garden Park on Sunday evening — but, since this campaign event happened to coincide with the news breaking of his untimely resignation on the same night, the former South Bend, Indiana, mayor instead returned to his hometown to make an official announcement about his dropping out of the race.

No official announcements were made at the Dallas rally site, however.

While the rally had an advertised 6:30 p.m. start time, the New York Times reported about an hour previous to that event’s slated beginning that the former South Bend Mayor was dropping out of the race. In Dallas, as his scheduled appearance was about set to commence, some rally-goers were still unaware of the news, even as a crowd of approximately 100 people lingered around Main Street Garden Park and slowly thinned out as they received word.

While selling discounted merchandise, one of the vendors confirmed with Central Track that he didn’t know Buttigieg cancelled the event or even suspended his campaign until the rally was supposed to begin. As he told us, a supporter within earshot gasped, “What? They cancelled it?!”

Word of mouth did eventually make its way to most people in attendance at the non-event.

“I got here at about 5:15, maybe,” said a Dallas resident named Basilene. “First, I was going to park at one of the parking locations that they had suggested, so when I parked around there, I thought, ‘Well, I’m just going to try and go to the actual location,’ and when I came here, I noticed that the roads weren’t blocked off. That’s when I was like, ‘Oh my god, he’s not here!’”

Indeed, road closures surrounding the park were anticipated to begin as early as 4:30 p.m. and to end around 9 p.m. as part of the event. But alas, the roads were clear and the grass on which Buttigieg and his supporters were supposed to stand instead held empty chairs and unused stage equipment.

This, combined with the cloudy weather, made for some depressing, Fyre Festival-esque scenery. The sparse presence of bummed-out Buttigieg supporters didn’t exactly help, either.

“I think [Buttigieg] has the best idea of going forward, in terms of [taking] the ideas Nordic nations have and applying them here,” said 17-year-old Buttigieg supporter Cameron Macklehenny. “I was a little disappointed [he dropped out], but he’s young. He’s still got a chance, and I believe he gained a lot of momentum here.”

The latest polling has found Buttigieg to be at a sharp disadvantage at this point in the race. A Real Clear Politics average of polls had Buttigieg joining the ranks of Amy Klobuchar and Tulsi Gabbard in trailing behind former Vice President Joe Biden, Senators Bernie Sanders and Elizabeth Warren and former New York City mayor Mike Bloomberg in terms of appeal to likely voters. According to an NBC News/Marist poll released Sunday, Sanders is currently leading Texas at 34%, with Biden ranking second at 19% and Buttigieg ranking fifth at 8%.

On Sunday, by the time the Buttigieg’s last lingering supporters started to leave the grounds of his scheduled rally, volunteers for Biden’s campaign arrived on the scene, passing out fliers inviting people to his own Dallas rally, set to take place on Monday evening at Gilley’s on South Lamar.