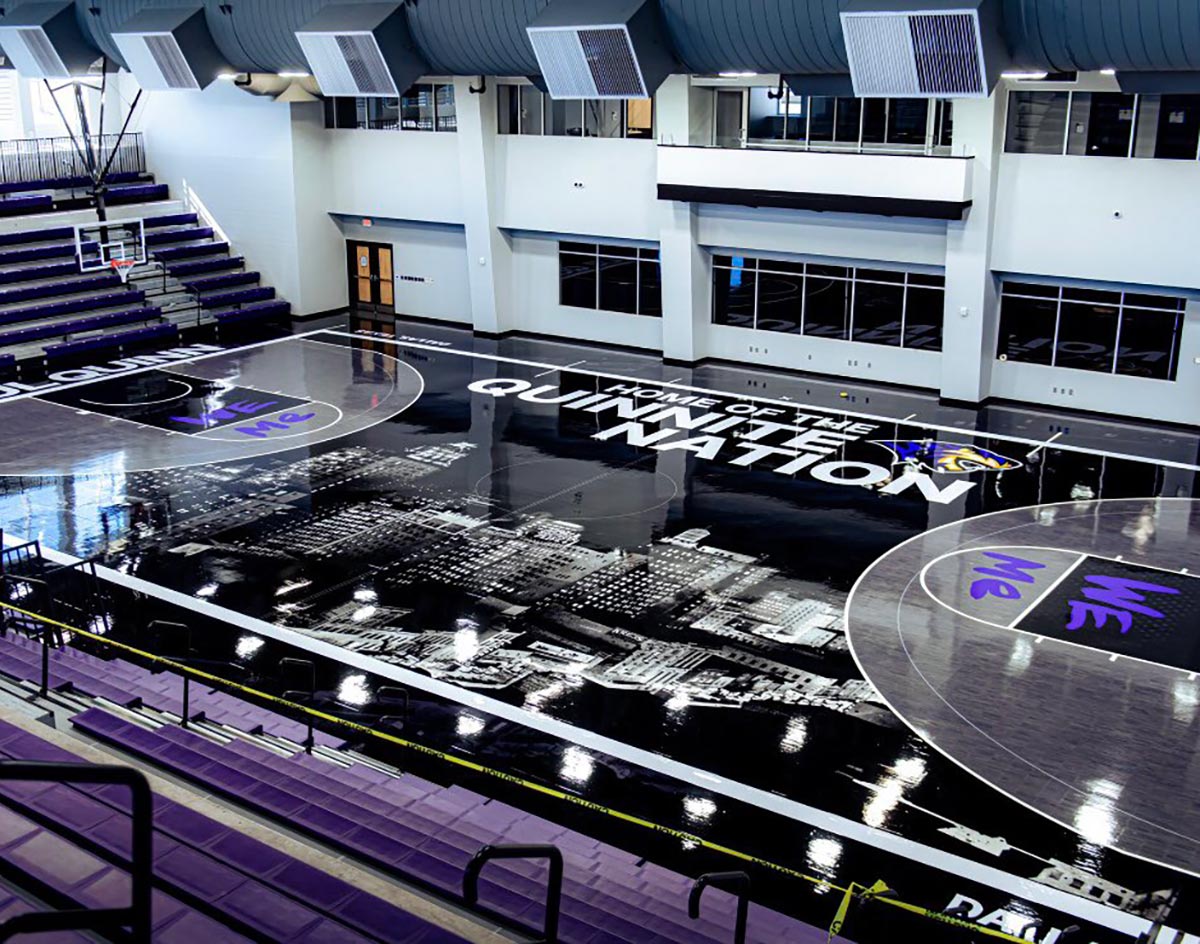 The Dallas HBCU Is Winning Bragging Rights And Teaching The World A Lesson After Having Recently Unveiled Its Immaculate New Basketball Court.

Founded in 1872 by the African Methodist Episcopalian Church, the school first known as the Connectional School for the Education of Negro Youth was initially based in Austin, where it provided education to former slaves. A few years later, the campus moved to Waco and lost its mouthful name, getting redubbed after a missionary named Bishop William Paul Quinn and welcoming through its doors Black students who were excluded from other educational institutions.

Following the Civil Rights Movement, as a few more Black colleges popped up and traditionally whites-only universities began to integrate, Paul Quinn struggled financially and turned to the community and developmental initiatives to keep its doors open. By the 1970s, though, PQC began to thrive — and, in 1990, the campus was fully planted in a city Dallas, where a larger urban market welcomed it with open arms.

The school’s survival and continued success is not only a very important piece of African-American history, but of Dallas history as well. For generations, it’s been a significant pillar for our Black community — and, thanks to a super aesthetically-pleasing new basketball court the school publicly unveiled on October 19 to national acclaim from such big names as ESPN, its history is now being shared with the rest of the world. 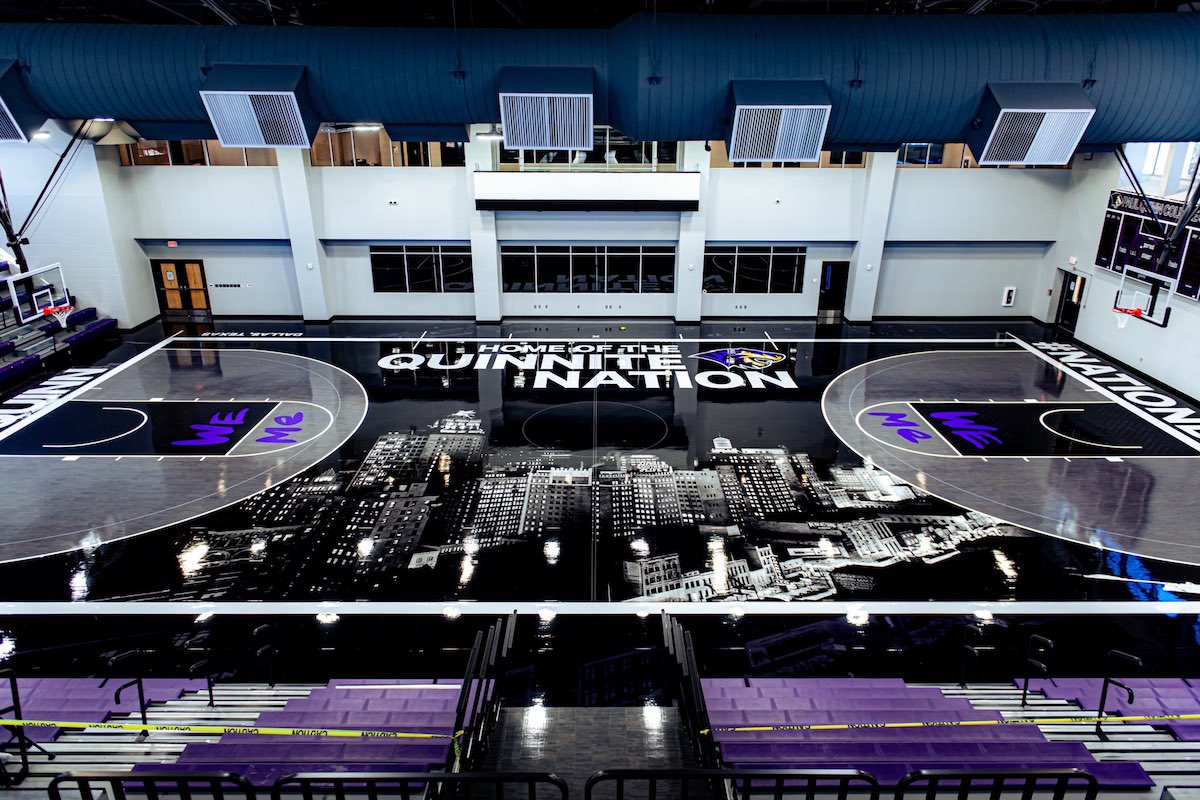 Designed by Ryan Parker of Dallas design agency FreeKeyThree, the court’s sleek look features a black floor with a purple-and-white color scheme accenting it. Along the we-over-me markings on ether free throw line that refer to an ongoing mantra at Paul Quinn, the real star of the show is the stark black-and-white Dallas skyline photo that sits in the middle of the court, all loud and proud.

School president Michael Sorrell tells ESPN that there’s a reason this specific picture was chosen: It was taken during the Jim Crow era, when Black individuals were denied the basic right to walk the city’s streets in peace. This photo serving as the centerpiece on the school’s new court today is a symbol of resilience and success — supporters of Jim Crow laws surely couldn’t fathom a Black college thriving today–  while also serving to educate about the history of racism in America.

When fresh eyes see the court for the first time — housed within the campus’ new 1,100-person capacity Health & Wellness Center that also stands as its first new building in almost 50 years — Sorrell says there’s the initial awe that quickly gives way to a conversation about the college’s history. Already, he says, the court is serving its purpose of sparking important conversations among students, faculty members and visitors.

Furthermore, it’s led to a wave of inquiries about the school’s NIAA-competing basketball program, proving that the amenities are serving their purpose of becoming a point of pride for PQC and a great way to attract future students.

Makes sense, really. I mean, look at it. Even a non-basketball fan like me can’t resist that eye-grabbing black and purple. 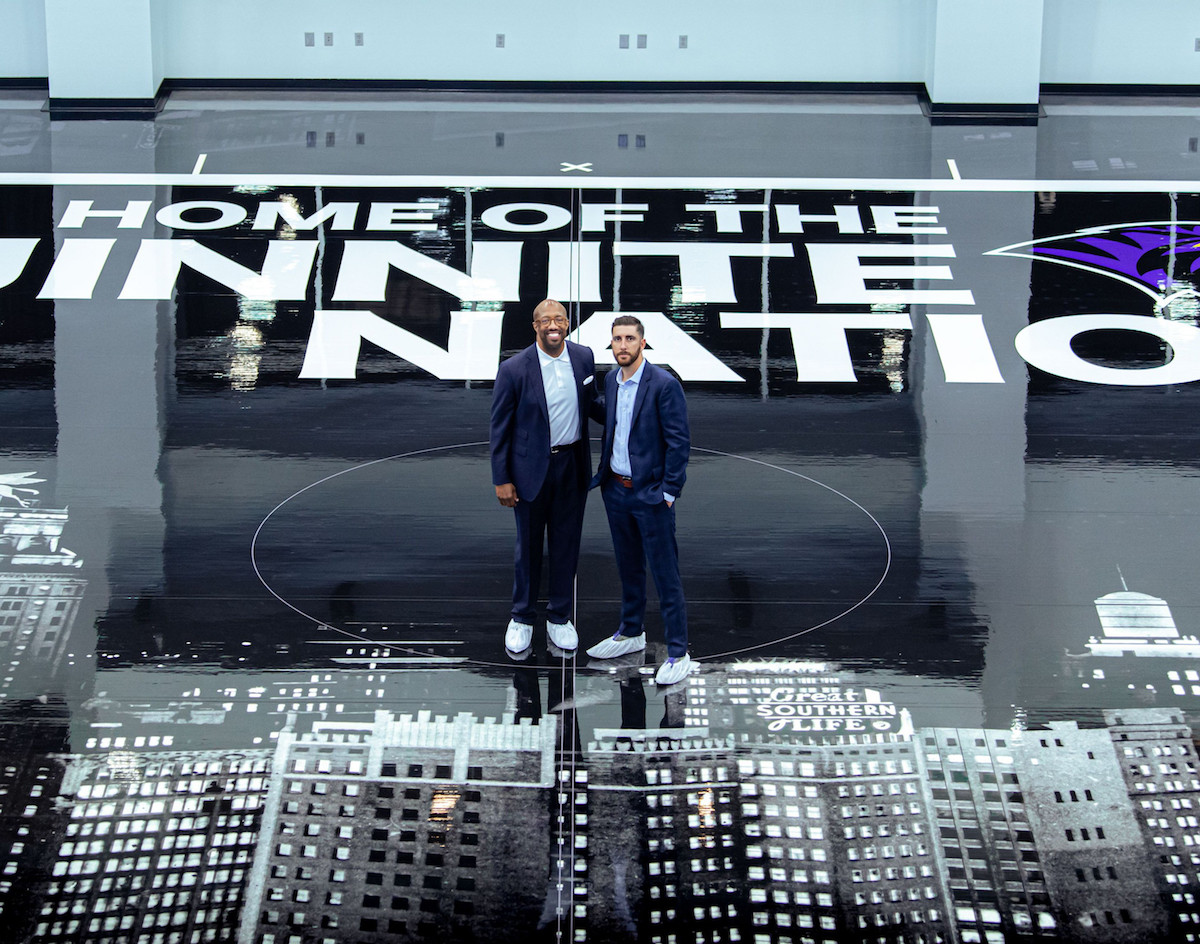 All photos by @RHernandezMedia, courtesy of Paul Quinn College.