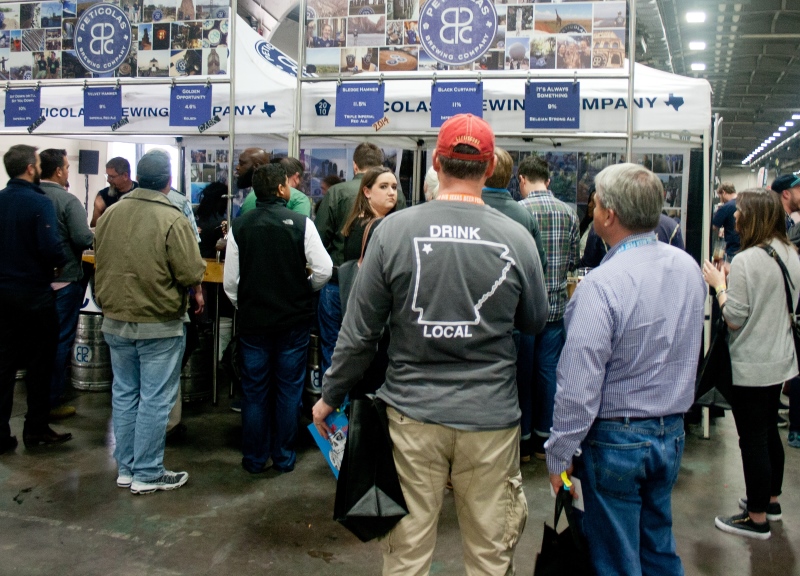 Watching the evolution of the craft beer scene in Dallas has been as fun as, say, getting to drink craft beer. Who would’ve thought that the area would go from having two small breweries just a few years ago to more than 30 now, with more still to come? During that same time, the rest of the nation has experienced a similar boom. It’s all good news; we’re now able to find craft brews from all over the world being distributed here.

But it brings up an interesting conundrum. I mean, doesn’t all this access kind of decrease the overall appeal of craft beer festivals? We went to this weekend’s Big Texas Beer Fest in Fair Park to find out.

Now in its fifth year, the fest has grown and evolved much like the craft brew scene itself. Selling out every year since inception, organizers expanded the deal to a two-day festival for 2016. This has allowed some brewers — both local and out of state — to have a slightly different tap list each day, and more room for different vendors such as Geeks Who Drink and Noble Coyote Coffee Roasters to participate more actively than was seen in years past.

This ended up working in favor for the festivalgoers. For one, the Friday night crowd, while plentiful, did not see huge lines — especially for the rare beers. For example, the much-loved and rare Peticolas Sledge Hammer and the Goose Island Bourbon County variations only created long lines momentarily, allowing people to leisurely stroll around and sample to their heart’s — and liver’s — content worth of beer. This trend kept up for much of Saturday, which had bigger crowds for sure. But, again, thanks to the two-day lineup, there was not much of a wait for many beers, and the rare ones stuck around for the majority of the day.

The food trucks were rocking the hell of the orders and people didn’t have to wait too long there, either. More important, the stage with bands was outside — a very welcome change from years past where the bands played inside the building, making it hard to order, or to just have a conversation about, beers.

Honestly, this created one of the better and most-relaxed festival experiences in recent memory.

Still, once you been to a handful of beer festivals, it’s pretty normal to feel like you’ve been there, drank that. For seasoned veterans, there’s certainly diminished returns. Before, it was not unheard of for people, myself included, to print out the tap list, make a detailed itinerary of which breweries had the most buzzworthy beers and try those first. But over the years, the more breweries we get and the more breweries distribute to Dallas, the novelty of the concept has kind of gone away. Nevermind that breweries like Ballast Point and Jester King bring pretty much the same beers for almost every festival (including this one and Untapped), which kills the uniqueness of the event.

Also, let’s not forget the fact that there’s plenty of brewery tours, events, tap nights, brewpubs and growler-filling stations all across the region to fill the needs of North Texas’ craft beer fans year-round. All of this is to say that most of the beers available at this festival in particular are available elsewhere in one way, shape or form through keg or bottle releases around town.

The difference between the Big Texas Beer Fest and Untapped, then, would seem to be the fact that the former doesn’t feature a performance from, say, The Flaming Lips or an act of that ilk. That leaves us wondering: What do craft beer fans get out of beer festivals at this point, and what should their role be within this scene moving forward?

For people that have followed the beer scene in North Texas for a while, the answer is a little murky. The thrill of trying new beers diminishes a little more with each passing year, although the excuse of spending the afternoon drinking fancy beers with friends never really seems to get old.

The real benefit of these festivals lies in their benefit to new craft beer drinkers and, of course, to the breweries themselves. Going off the completely unscientific observation of the crowds on both days of this fest, it was interesting is to see how the crowds and the culture are slowly shifting their focus to the younger drinkers. While the biggest recent trend in the scene tells us that sours are the cool new thing, there’s been a consistent push for more “easy-drinking” session beers all in hopes of appealing to the 21-year-olds drinking Bud Light or the people that are too intimidated by extreme hops.

I asked Lakewood Brewing Company founder Wim Bens what he sees as the benefit of a beer festival in Dallas: “There are people here who are only into two different styles, and now they can try others that they’re not exposed to,” he said. “We have a constantly emerging fan base and people that are excited and passionate about craft brewing, and they need an event like this to really help them out figure out what they like and explore.”

Indeed, let’s not forget that the breweries themselves benefit a lot from the exposure to the large crowds gathered in one place. Moreover, from the brewery’s perspective, the face-to-face interaction with fans is good for business. According to Oak Highlands Brewery’s inside sales manager Michael Roberts, festivals give them access to “fans that want to have a little more.”

He continues: “There are completely new people coming to us, and then there’s the in-between — they’re ones that like our beer, but maybe want something different or missed on the big releases like Bourbon Barrel Chump Change.”

In that regard, he considers beer festivals an effective way to attract new customers. Roberts also says his brewery has seen an increase not only in off-site sales, cans and kegs of late, but that the taproom is typically busier in the weeks following a fest, too.

As the craft beer scene continues to evolve, it’s likely that these once-niche brews will appeal to larger and broader audiences — and beer festivals are still a viable way of helping make that happen. Even though those early to the small batch parties may not be impressed with the tap lists at any of these events any more, there are still plenty of people out there still trying to figure out what they like.

That’s no knock; it just means that, moving forward, beer festivals will become more an intro into the scene than a service to its oldest members.

Maybe that also means Dallas is ready for some more specialized beer festivals as well — the kind that appeals to those fans who’ll stand in line for hours for a chance to get a rare release. That’s been shown to be a viable model around the country. Portland, for instance, has the Holiday Ale Festival in the middle of December that caters to big and boozy winter beers, while the Extreme Beer Fest in Boston is all about boundary-pushing brews that would knock most people on their asses.

Honestly, it’s been interesting to see how the Dallas beer community has evolved over the years, and there’s no doubt that it will continue to grow and change moving forward. But beer festivals should continue to be a part of that growth, and continue to change much like the scene itself. 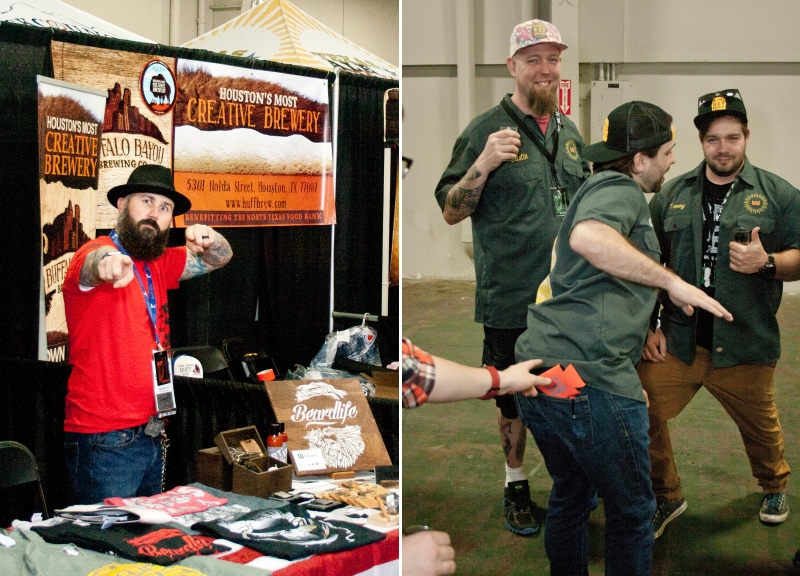 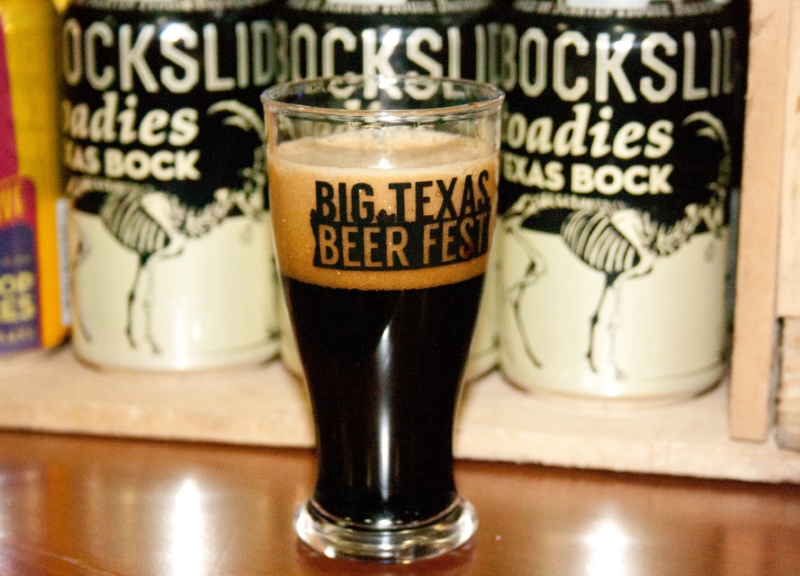 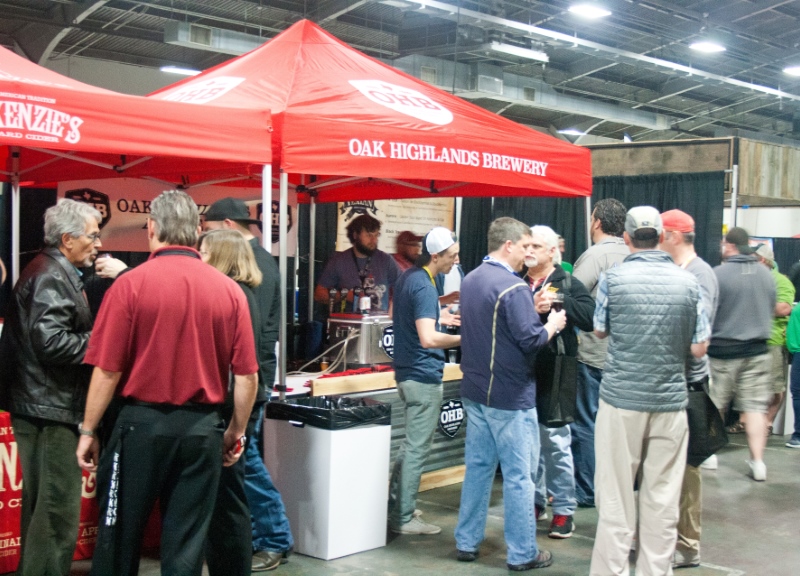 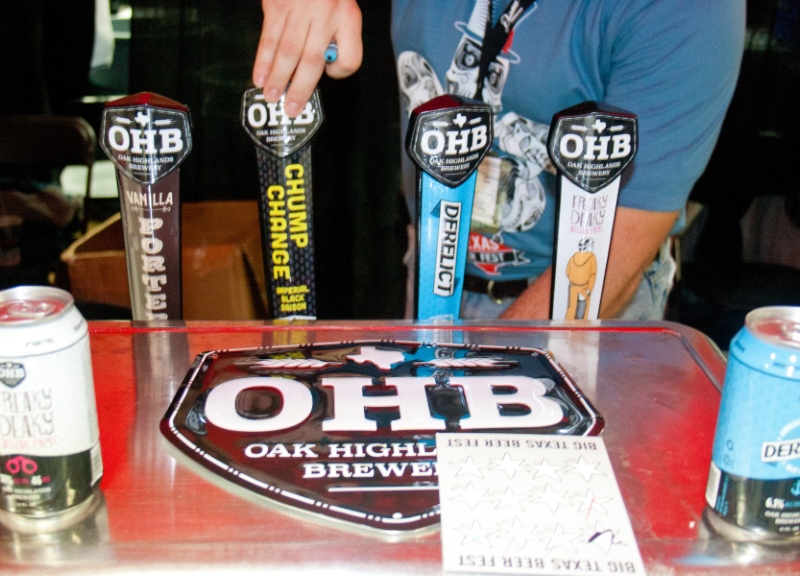 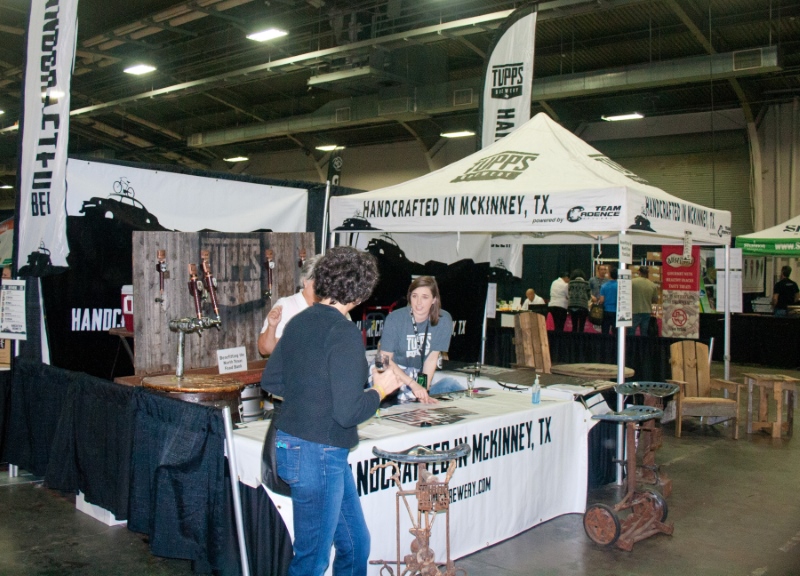 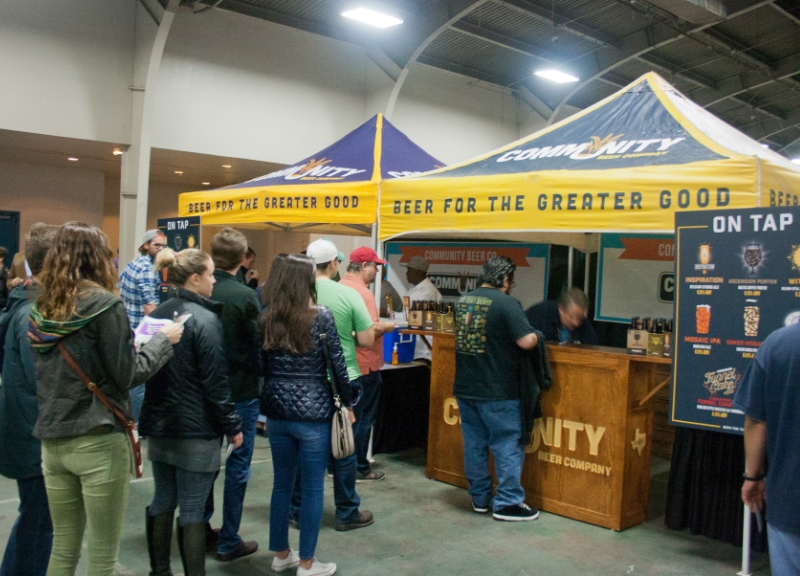