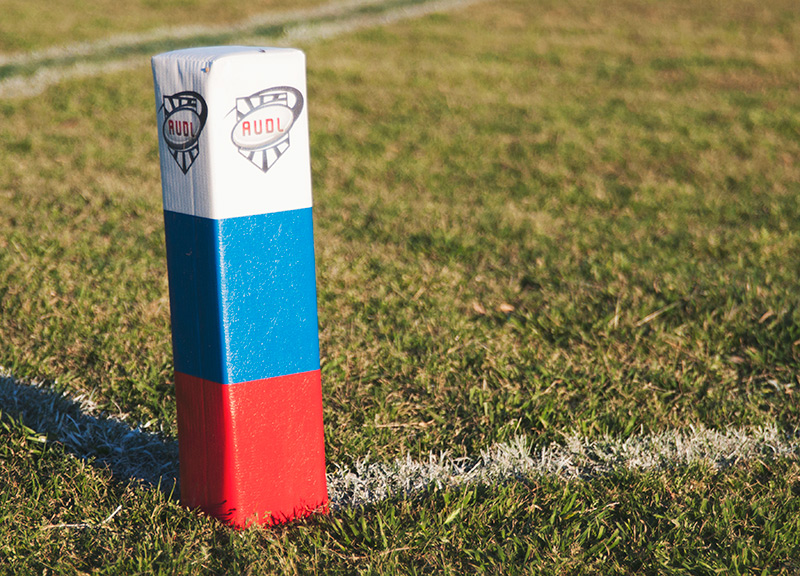 Last month, we reported that Dallas was getting its very own professional ultimate frisbee team — the Roughnecks –with it a roster of some of the sport’s top talents.

After Saturday’s inaugural game against the Austin Sol, another new addition to the American Ultimate Disc League, we can confirm that that Dallas’ newest team is every bit as talented and exciting as touted.

On this cool Saturday evening at the Five Star Sports Complex in The Colony, the sky was filled with white plastic discs being tossed back and forth by the two teams warming up. I was immediately both surprised and impressed by the lines to purchase singe-game passes and to pick up pre-purchased season tickets. As I waited in line to pick up my $12 ticket for the game myself, I could hear I wasn’t the only one surprised by the turn out, either. Everyone was pretty stoked about it, and the sets of stadium bleachers on either side of the field were pretty full as the team introductions began, with the overflow crowd making themselves comfortable around the near sideline and end zone with blankets and lawn chairs.

It was a fun introduction, too, as player announcements were made with nicknames and sport resumes, plus fun facts like their favorite movies and day job titles too. That’s worth considering: These players are professionals by definition due to the fact that they get paid anything to play the sport, but only a select few earn enough to really consider it as a career.

Among this select group is Beau Kittredge, one of the Roughneck’s captains and perhaps the biggest name within the Ultimate community. He reportedly earns “in the ballpark of $50K” to play and be an ambassador for the sport through youth clinics and community outreach. He’s definite a star: Young fans could be seen (and heard) around the stadium sporting Kittredge jerseys and yelling “Beau!” as they mimicked his actions and jumped to catch frisbees tossed on a small side field.

So it was no surprise, then, that the season began with a Roughnecks point scored by Kittredge himself, much to the delight of the crowd. Actually, a good chunk of the 800-plus in attendance cheered too when the Austin Sol scored next, making it clear that a sizable portion of those in attendance had made the trip up from Austin to see these two new franchises as they kicked off a new era of Texas ultimate. The crowd mostly seemed excited about that.

“I made the trip up to Dallas to watch my husband‘s team play, although he is not here tonight because of his Team USA obligations,” I was told by Shelby Loskorn who herself played at the highest levels of women’s ultimate. “Ultimate has a pretty close-knit community, and I’m here to support friends on both teams. It’s been amazing to watch the sport grow and evolve to this point.”

It was fun to watch, for sure. Practically every score in the game was filled with sick “bids” (dives for the disc), dudes getting “skyed” (when a disc is grabbed over someone’s head), and huge full-field “hucks” (massive throws) that usually resulted in masses of arms and legs, with one lucky hand holding the ‘bee. The excitement of the sport is obvious even to the untrained eye.

“I came with my friend and had to ask how it worked, but it’s really exciting,” one fan, Havilah Bender, told me as she stood on the sideline with a craft beer in hand.

In the end, the Roughnecks proceeded to dismantle the visiting Sol, winning the season opener with a final score of 30-18. Their superior talent and experience was evident from the earliest minutes of the game — and, it’s worth noting, two of the Roughnecks’ marquee players, the YouTube-infamous Brody Smith and all-around athlete Kurt Gibson, didn’t even suit up.

The buzz surrounding the Roughnecks looks to be justified with the season now officially underway. Their next game is against the Jacksonville Cannons and can be streamed live from the Roughnecks’ website. Missed the action from this weekend? You can stream the full game here, too. 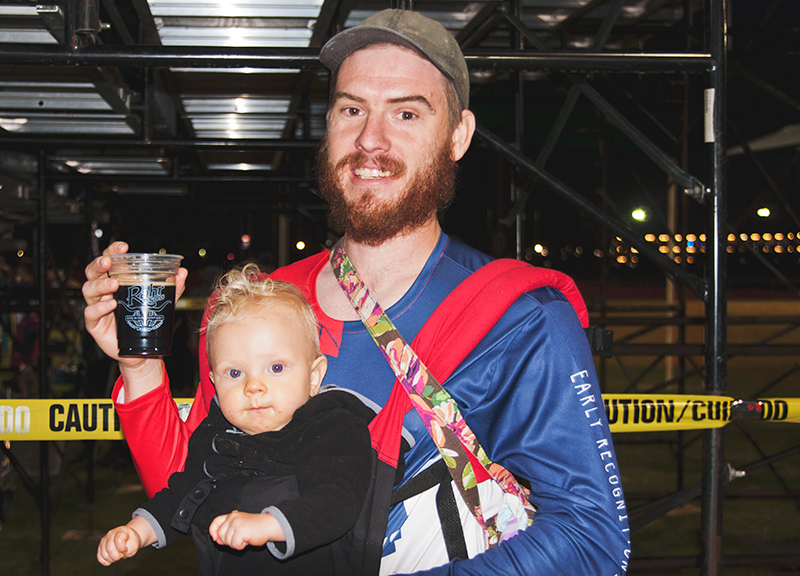 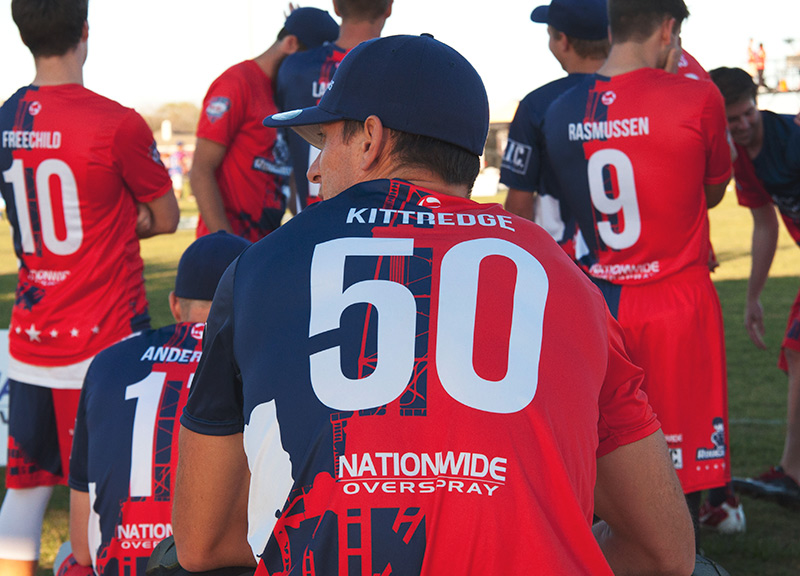 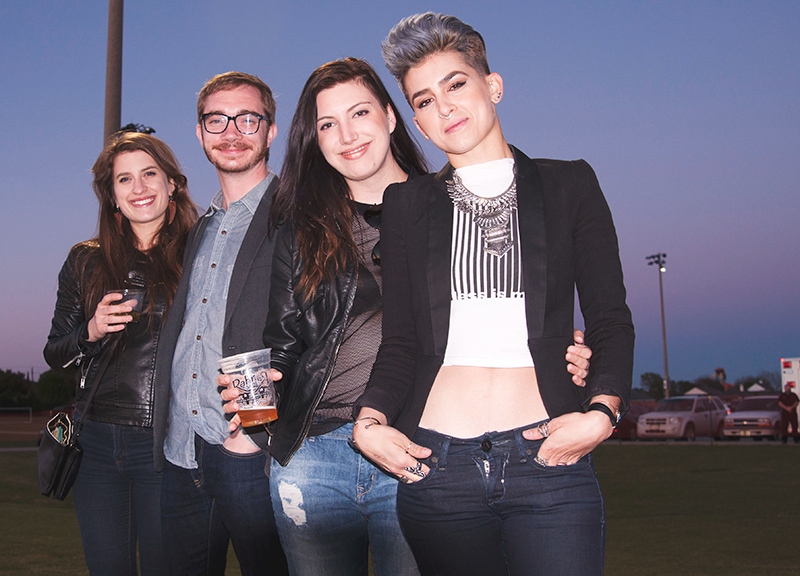 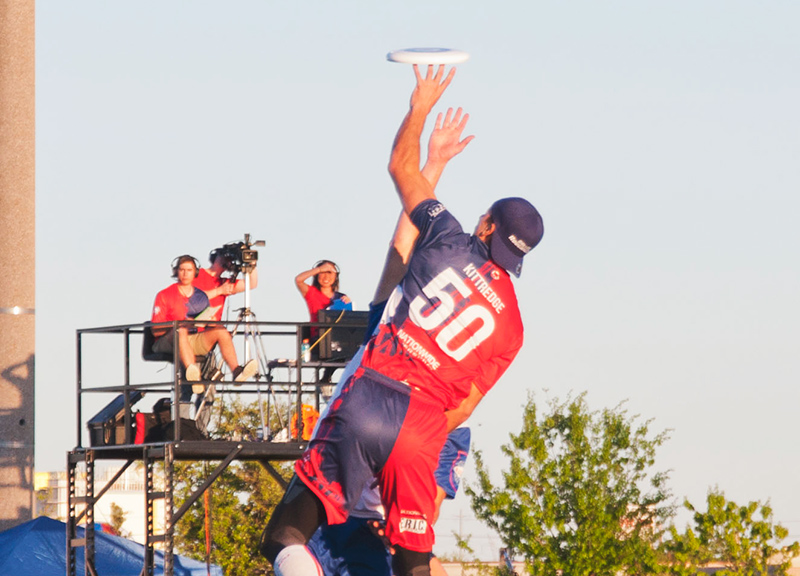